A complete breakthrough for both the teams, the match was down to the sudden-death tie breaker, where the UAE players, led by the tireless Shaikha Maitha, held their nerves to prize out a remarkable victory.


UAE and Ghantoot Polo team went head to head in a fierce battle which was tied at the end of the last chukker. Storming through the five chukkers, the match saw a lot of goals scored. The excitement of the finals was maintained until the last minute. The winner of the Emirates Cup was decided in the Golden chukker. A complete breakthrough for both the teams, the match was down to the sudden-death tiebreaker, where the UAE players, led by the tireless Shaikha Maitha, held their nerves to prize out a remarkable victory.

Tommy Panelo scored a sensational eight goals, including the 'golden-goal’ for UAE Polo team. His goal in the sixth and extra chukker at the Ghantoot Racing & Polo Club and gifted a 10 goals to 9 victory to UAE Polo team. Shaikha Maitha summed up the match quite nicely when she said, “This was one of the toughest most enjoyable finals. There wasn’t a point during the game where we felt safe. Minute by minute, play for play, a goal for goal! It was the most competitive, clean, fast, open finals I’ve experienced. Team Ghantoot is a force, super mounted with a lot of horsepowers and last night was a horse race! It was so close, we got the winning goal in the extra chukker,” added Shaikha Maitha. 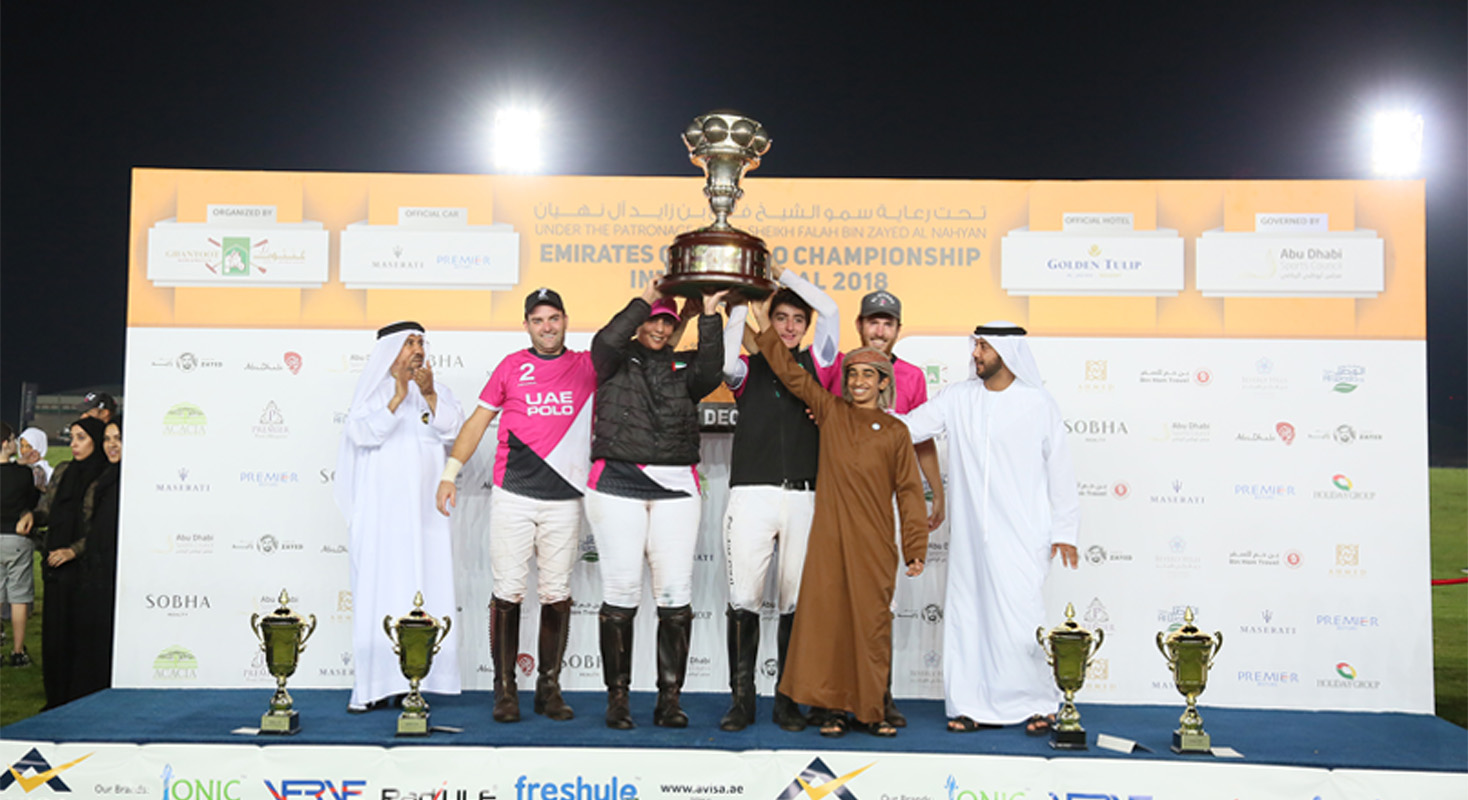 Tommy Panelo, who picked up the Professional player of the final award, echoed Shaikha Maitha's sentiments and said, “This is such an amazing feeling, to win such a prestigious tournament is unbelievable. Shaikha Maitha is a great team leader and continually inspired us to raise our game, from the start of the tournament. I felt great today, full of confidence, and I think that helped me deliver such a strong effort. I could not have done this without the support from such talented players like Fede Pobosky and Nacho Acuna. Polo is not an individual sport, it’s all about teamwork, and I think that’s where we excelled,” he added.

UAE had beaten Ghantoot 8-6 in the opening game of the tournament two weeks ago, but it appeared that the hosts had found the formula to gain revenge when they led their rivals 4-2 midway through the second chukker, 5-4 in the third and 9-8 in the fifth. It was a masterful display by both teams that had the large crowd on the edge of their seats or rushing forward to watch the action close on the sidelines.

“It was a delight to see the positivity and skills that they brought to Ghantoot today It was clear for all to see that they were well prepared, fired up and gave one hundred percent."

“Ghantoot is proud to have hosted such a high-quality tournament which featured some of the best polo players in the world, and the UAE. We will continue to support the sport of polo and we look forward to the New Year with great enthusiasm,” he added.

“I also would like to thank all our sponsors for their continuous support for without their backing Ghantoot Polo & Racing Club will not be able to host such prestigious and exciting events.

“I take this opportunity to wish all of them, our patrons, players, officials and fans, a very happy 2019!.”