Manipur, the land that gifted the world the modern form of polo came alive with the 5th Manipur Statehood Day Women’s Polo Tournament. Six teams from all over the world, came down with some of the amazing female polo players to compete against each other, with the following team composition; 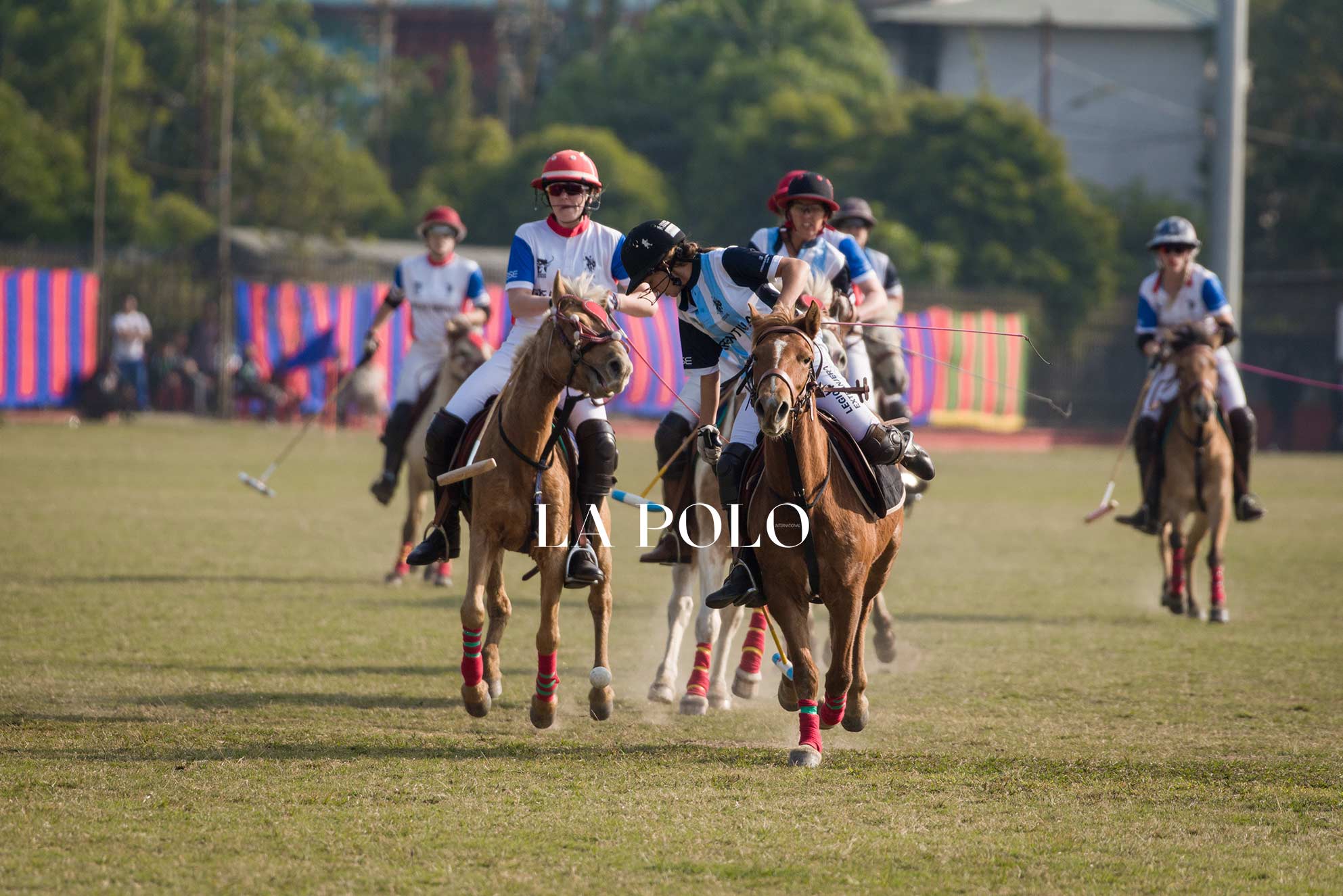 The 5th Manipur Statehood Day Women’s Polo Tournament got into action on the 17th January 2020 to have the finals on 21st January 2020.

LA POLO brings a quick flashback of the progression of the days: 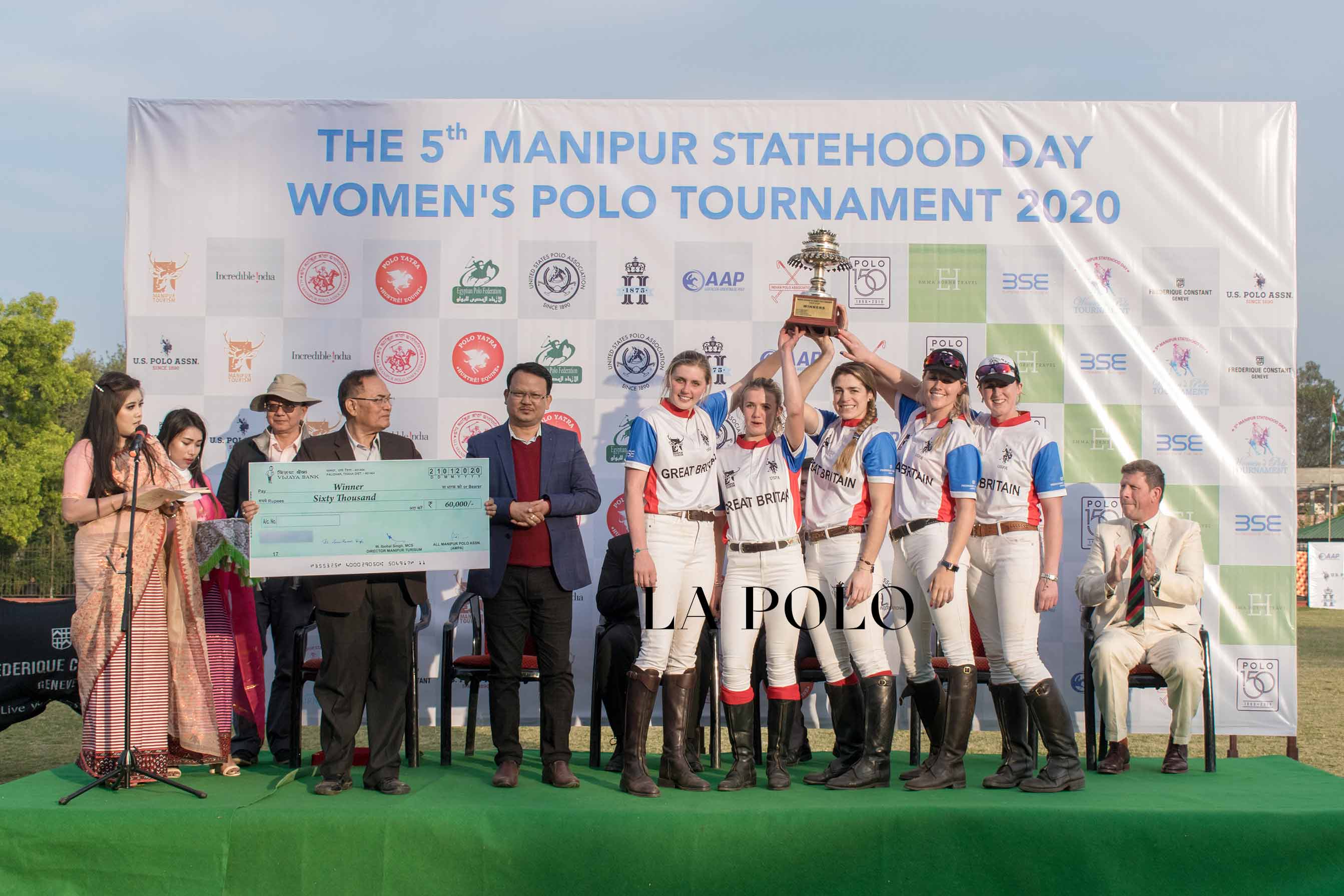 *LA POLO is a media partner with All Manipur Polo Association 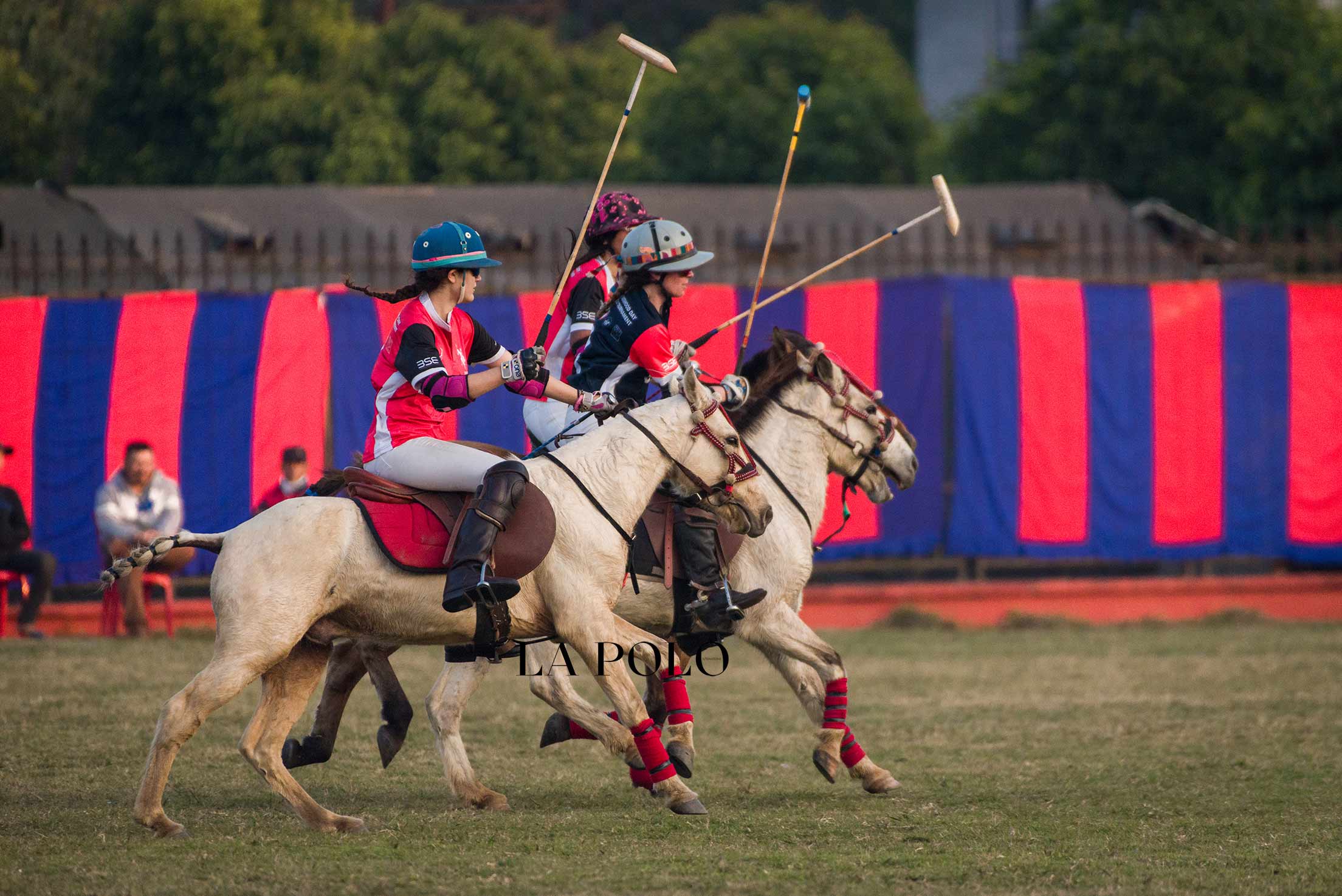 Women, a word that carries within a world of its own, of distributed roles and perceived dreams. In a society that stands till date in the webs of patriarchy, living the spree of women-hood is a tough journey. At every step, in every word, and in every dream that a woman perceives, she is challenged to prove herself. She has been doubted, and her visions have been abducted. But one thing that remains striking about all these women is how they still come back, fight, win and tell the world, that it is not they who need to prove themselves, it is the patriarchal orthodox mindset that needs to be proven wrong.


Since the anglo-saxon period, women have been facing it and working against it. Since then to this contemporary age, women have been contemplating their closeness to sensibility and emotions. They have been degraded for being this and objectified that there is nothing beyond this a woman can do. And thus, they have always been questioned whenever they stepped into a zone the patriarchy did not expect them to enter. Now what follows is the common behavior, women come together as a whole and protest against the forced command. They come out as powerfully united, which is dangerous; and when this danger can not be digested they are claimed to be involved within their own sex as engaging in romantic relations. Well, the orthodox patriarchy is solely not wrong, women do involve themselves in relations with their own sex, but it is not romantic, it is what we call ‘sisterhood’. A relation where a woman stands for other, out of her sisterly love, understanding and support. It is a phase where women come and unite as no separate but one whole entity. That scares the patriarchy, and then the game of degradation starts. But women have learnt to deal with it. They have learnt to absorb the love and power from within and each other at the same time. To this glowing power, LA POLO bows and brings such stories from the streets of Manipur, an Indian state in the eastern region of the country.


Manipur, a state of long history and celebrated traditional. The land that gave the world modern polo, and the land that breeds the world’s original polo pony. Manipur has got so much within itself and one such picture is the empowerment of women. The kind of symbol this state has for her women is rare to find. They have reimagined women in every which way. While some of us still fight and plead to the government and activists to bring schemes, programmes and mission to empower women, Manipur has already done and ruled it. How? The state has in its heart the Ima Keithal market.


For several decades now, Ima Keithal sits right there and has been a huge attraction for tourists across the world. The wonder that the whole market is managed as well as operated by women alone has grabbed all sorts of attention for the place. While some feel bad about it and see the whole picture in a downtrodden manner, the rest of the world sees a sense of establishment with it. Ima Keithal comes out loud as a symbol in the state of how women are capable of managing their homes, work and lives and needs no support from the outer world to lead a standard living. These Manipuri women are socially as well as economically active.


This reminds us suddenly of the elaborated essay by Virginia Woolf, “A Room of One’s Own”, where all she demands of is a room and money for women earned by them. She justifies how that minimalistic of a thing is the sole ground of bringing empowerment and respect for women of this world. These Manipuri women have proved her words right in this age, where their smiles, will and courage has let them step and rule the state as they wanted and deserved. For those who feel that Ima Keithal market is a symbol of hardship and are saddened about it, it is important for them to understand that this market is nothing but an epitome of empowerment and better life.


When it comes to Manipur it is not just the Ima Keithal market that represents women empowerment. The women of this land are also outshining when it comes to what this world has gotten from here, Polo. Women of Manipur have overwhelmingly been a part of the sport and have proved that a woman’s polo is as important as a man’s polo. 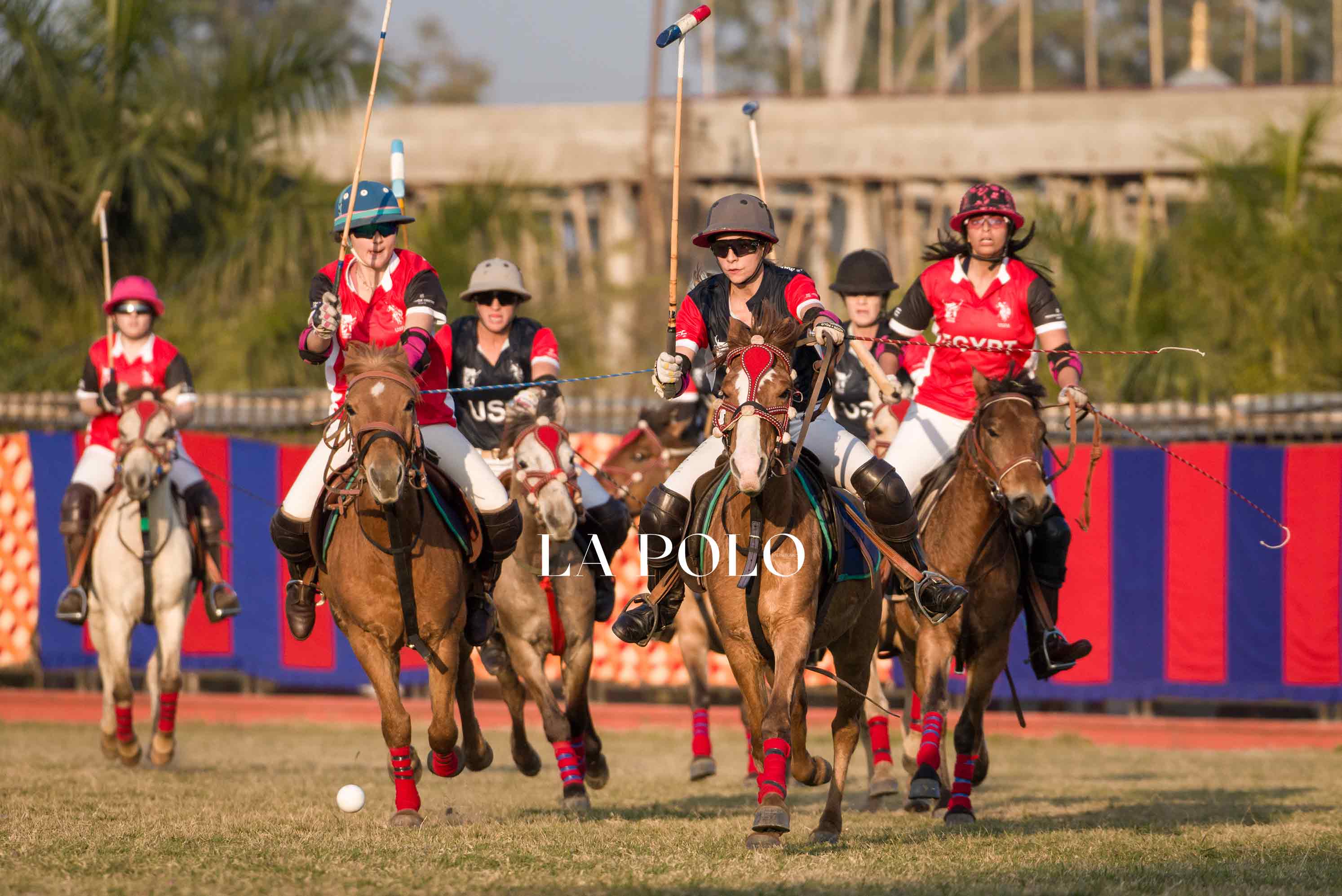 Quoting one of the players from Manipur, Neelu Rajkumari, we bring to you how much polo has given them, “For international players, playing at world’s oldest polo ground is an achievement,...but for us, playing polo in itself is important.”


For women and in general, the Manipuris not just play but worship polo in name of the polo God, Lord Marjing. Manipur, in its every essence has polo. But the state was in a state of disgust when they learnt how the world's original polo pony, the Manipuri ponies, according to a report, were on the brink of extinction. To save these ponies and their polo, Manipur and its women united for a cause. This cause is remarking of how the women hoist the flag to save these ponies. And it is not just the women of Manipur who participate, in fact, this one tournament is one of those that witnesses high participation of international female polo players from all across the globe. That in itself is an achievement and a mark of empowerment for all the women in this world. 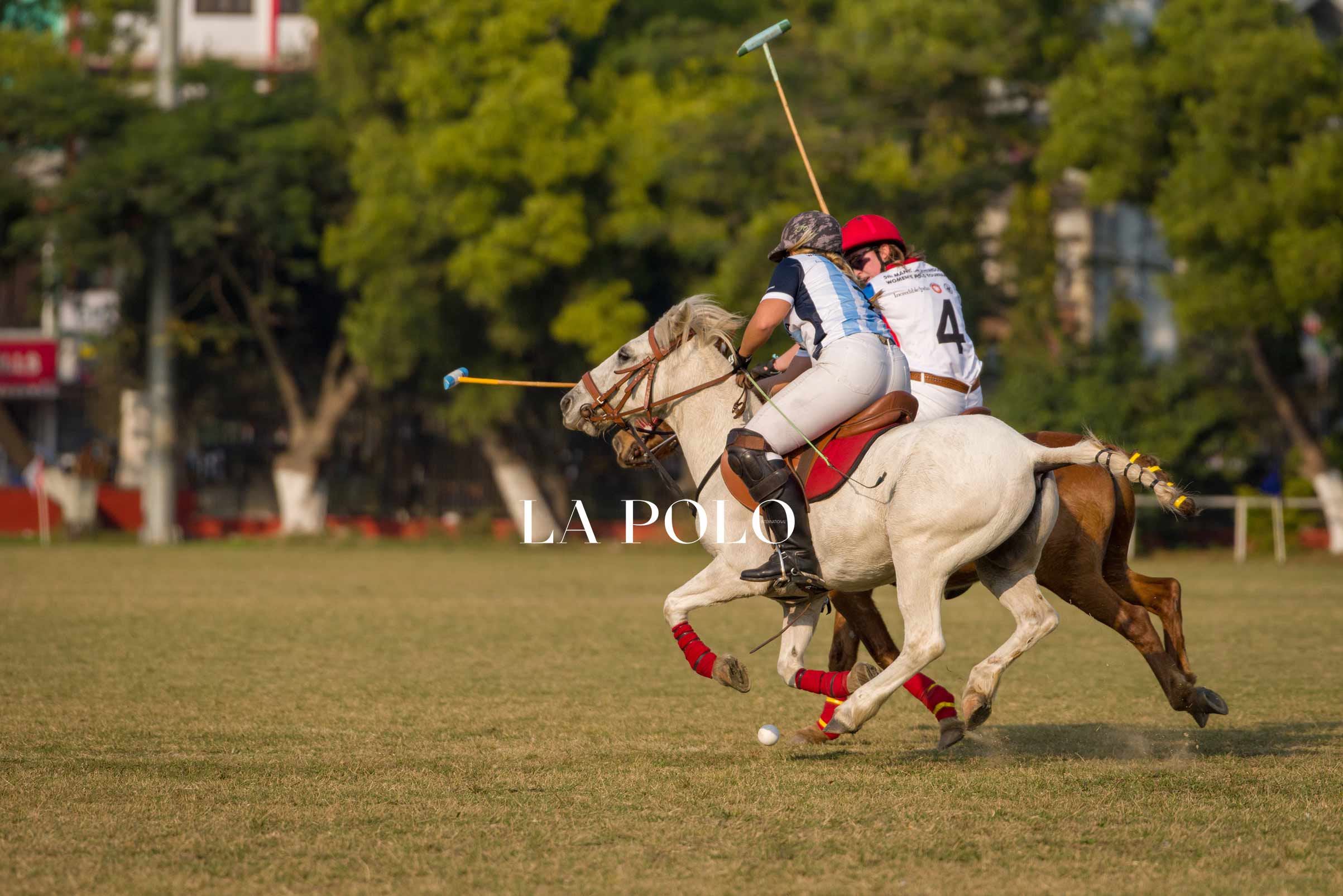 LA POLO interacted with some of the players who have played in Manipur to know how polo empowers them, and they had some of the best unsung answers, where the idea of every player was distinct. Every female polo player had her own story of struggle, inspiration and victory. Fuchi Donovan, a professional polo player from Argentina recalled her moment of sisterhood. She told LA POLO, “I stopped playing polo when I was young...but later in my life, when I saw my daughters riding and pushing me, I wanted to get back to Polo.” She presented how her daughters stood as her alter ego and the consequence of what and who she stands today as. Anna Winslow, a polo player from USA spoke of how polo is not any other sport but a medium of life lessons. She said, “Polo teaches you some of the best things in life, where you meet so many different players and you play in distinct teams every time. It teaches you so much about people, teamwork and the game.”

Polo opens a world of fables and struggles. You first see it, then admire it, that leads to aspiring it and finally you fall in love with it. Megan Carter from the USA said while remembering her establishment in the game, “What I love about the sport is that, today, I am capable of paying back to people, friends, institution and everyone.” These female polo players shared with us how coming to Manipur has rooted in them this new acknowledgement of how polo has shaped their power, and how the women polo in specific is an important step in pushing the awaited change. Catie Van Bakel from Canada focused on this power when she said, “Women's polo is all about perseverance. The more girls play, the more power it portrays to the world.” Supporting her righteous thoughts Hiromi Nzomo from Kenya said, “It's great to bring women like this, where it shows that it is okay for them to play polo along with taking care of the house. Their play is just as important as that of the men.” And so it is.