The Jaipur Polo Ground witnessed the tough battles of the semi finals of Sir Pratap Singh Cup 2018 at 1:30pm and 3:00pm respectively.

The second chukker of the match opened at a promising note for LA Pegasus Polo where Samir Suhag stroked a 40 yard penalty for the team. LA Pegasus Polo had started to give a competition to the opponent team. After the penalty shot, the game back in play once again. LA Pegasus Polo took hold of the ball but were counter attacked by Simran. Tapping the ball Simran took it ahead passing it to his team player Raul but lost the hold of the ball. At the same time, Dhruvpal came in and chased the ball. Keeping hold of the ball, he took the to strike another goal for the team. LA Pegasus Polo still in action, defended the opponent team from grabbing the ball but still they had a competitive pace. Even though complimenting the earlier scores, Siddhant Sharma took a clean shot just when it was believed that the team is going to lose the chance of scoring a leading goal. The chukker wrapped at 3-4, where Jindal Panther / Garcha Lion could not make any chance in their scores. 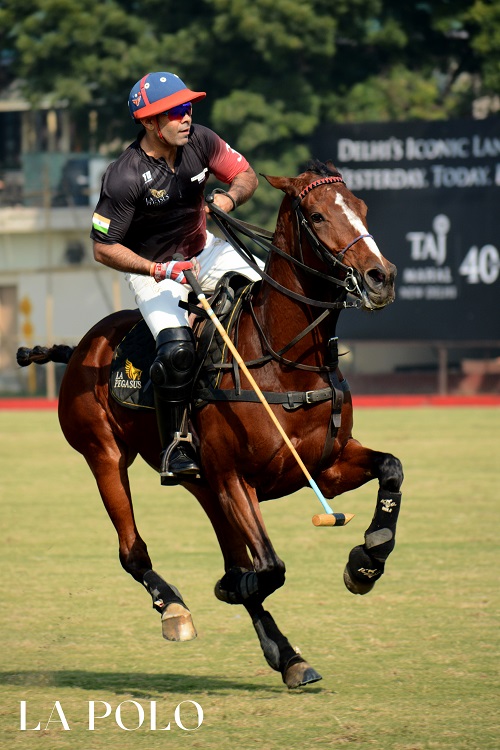 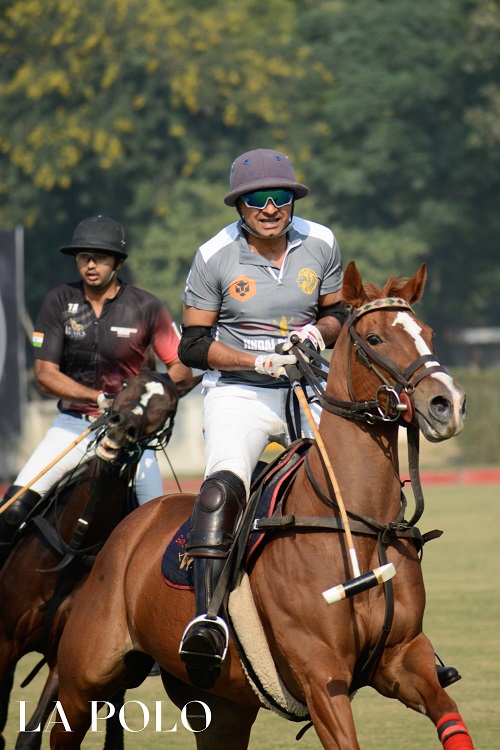 The next chukker got into action and started off with Samir Suhag striking a goal for the team. The team defended Jindal Panther /Garcha Lions so well that it was very hard for them to strike any goal. So much so that for a minute the ball just kept dodging between Samir Suhag, Siddhant Sharma and Dhruvpal Godara who saved Simran's and Raul's back hand attack. But still managing it well Raul made way to secure the fourth score for the team. The relief of decreasing the gap was short lived as Siddhant Sharma took another chance and stroked the sixth goal for LA Pegasus Polo. By the end of the chukker the scores were 4-6.

The fourth and fifth chukker were almost the same. Both the chukker saw one goal from each team. But by the end of the fourth chukker the fate of the game was already decided. The fourth chukker even though witnessed Raul striking the first goal but with Samir securing another goal managed to still maintain the gap. By the end of the fourth chukker the scores were 5-7. The next chukker saw Raul striking a penalty shot 30 bringing the score gap to a competitive one of 6-7, but with only a minute left the fate was still destined toward LA Pegasus Polo and they secured it with safety with Samir scoring a goal in the last seconds of the match. They won by 6-8.

An easy victory for Sona Polo in the Semi-finals
The second semi-final of the Sir Pratap Singh Cup saw Sahara Warriors play against Sona Polo. The match was held at 3:30 pm at the Jaipur Polo Ground, Delhi. Two of the best teams in the tournament were going head to head in the second semi-final. Col Ravi Rathore (+5), Mr Vandit Golecha (0), Mr. Salim Azmi (+3) and Mr. Matthew Philip Perry (+6) played for Sahara Warriors and Sona Polo on the other side had Mr. Sanjay J Kapur (0), Sawai Padmanabh Singh (+3), Mr Abhimanyu Pathak (+5) and Mr Gerardo Mazzini (+6). Sona Polo played in black and white while Sahara Warriors were covered in white. The umpires of the match were Mr. Julio Bensadon and Mr. Shamsheer Ali. 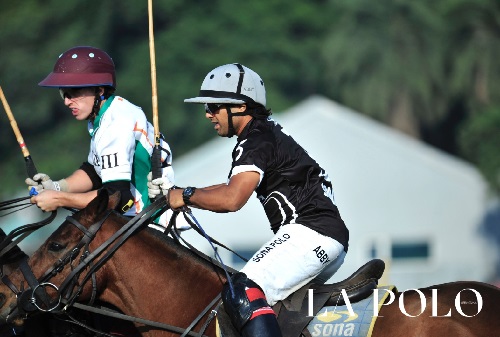 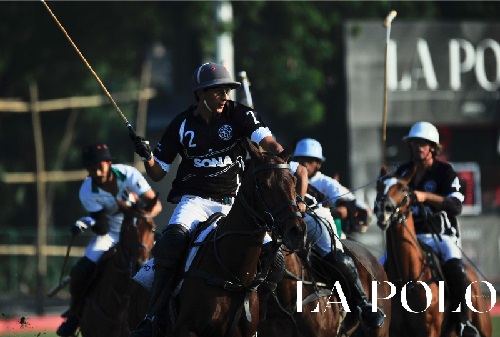 The fourth chukker of the game opened with a brilliant strike from Salim Azmi. The score was levelled at 3-3 after Salim Azmi’s goal. Sona Polo quickly retained their lead back with a beautiful goal from Gerardo Mazzini. Abhimanyu Pathak scored a beautiful goal to end the chukker. Sona Polo were in the front after the fourth chukker. The scoreboard showed 5-3 before the fifth chukker started.

Sona Polo dominated the fifth chukker completely. Sona Polo were able to score four goals in the last chukker of the match. Sahara Warriors faced disappointment in this semi-final and were goalless in the fifth chukker too. Abhimanyu Pathak scored the first goal of the last chukker and extended Sona Polo’s lead. Gerardo Mazzini scored just after Abhimanyu Pathak’s goal and the scoreboard now showed 7 - 3. Gerardo Mazzini scored one more from a brilliant play by Sona Polo players. Sona Polo didn’t stop here, their star player Abhimanyu Pathak scored one in the closing minutes of the game. It was an easy victory for Sona Polo. The final score was 9 - 3.

The finals of Sir Pratap Singh Cup will be played on Sunday, 18th November 2018 between Sona Polo and LA Pegasus Polo at Jaipur Polo Ground, Delhi.