The second day of RMRM opened on a sunny day with light breeze where six teams were all set to battle against each other. 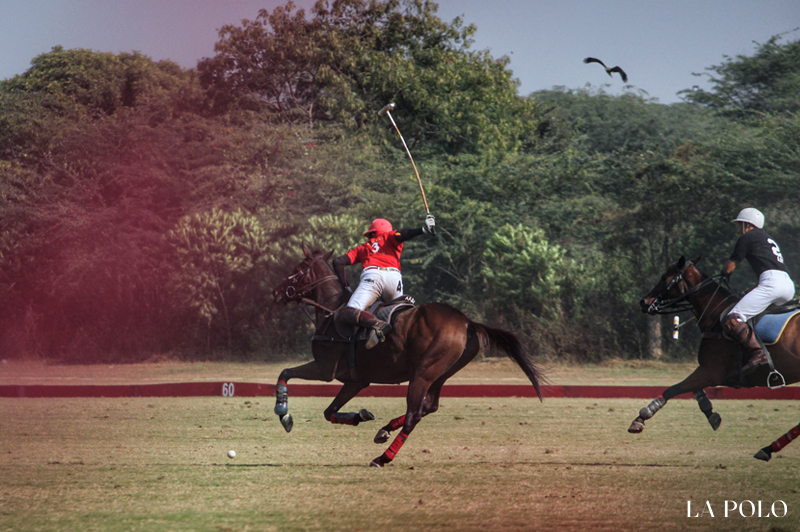 The first chukker of the match was opened with a long strike taken by Basheer Ali, but it was soon followed by a counter attack of Col Ravi Rathore making the score 1.5-1. Coming back in the game Naveen Singh from ASC scored a goal which was followed by another one from Capt Mrityunjay Chouhan. The score by the end of this chukker was 2.5-2 The second chukker of the match opened when Col Ravi Rathore hit the ball through the goal post to basket a score for the team after defending the ball from the opponent team. It was followed by a score of Sep Ravindra Singh where he dodged the ball from the opposing team. After a couple of minutes and counter attacks the game witnessed another goal by Col Ravi Rathore which was followed by another quick goal of Lt Col Vishal Chauhan. The next goal was a penalty shot 40 taken by Naveen Singh. The chukker summed at 4.5-5 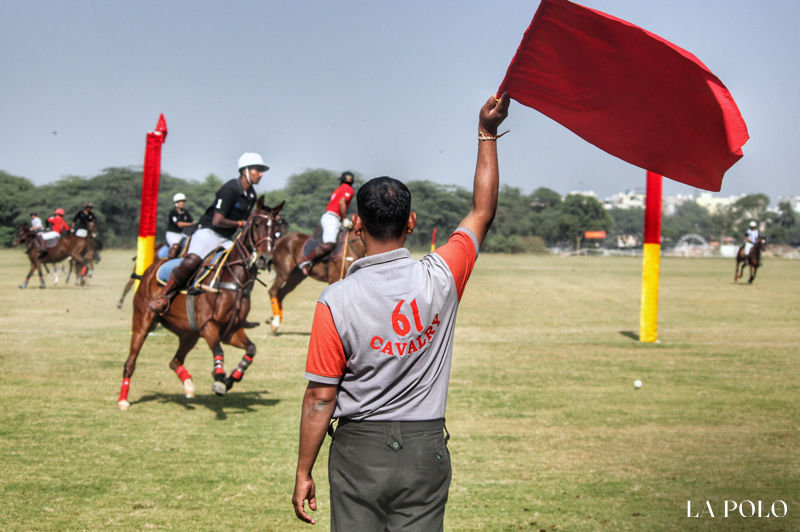 After the half time the game became taut where only two goals were achieved each by one team. The first goal had Col Ravi Rathore in action while the other had Col GS Pandher in lead. The score at the end of this chukker remained 5.5-6 The last chukker had the match at a dotting speed where 61 Cavalry performed splendidly. Col Ravi Rathore and Lt Col Vishal Chauhan scored for the team one after the other. The final score of the match was 5.5-8 Match Progression: ASC-61 CAVALRY 2.5-2 | 4.5-5 | 5.5-6 | 5.5-8 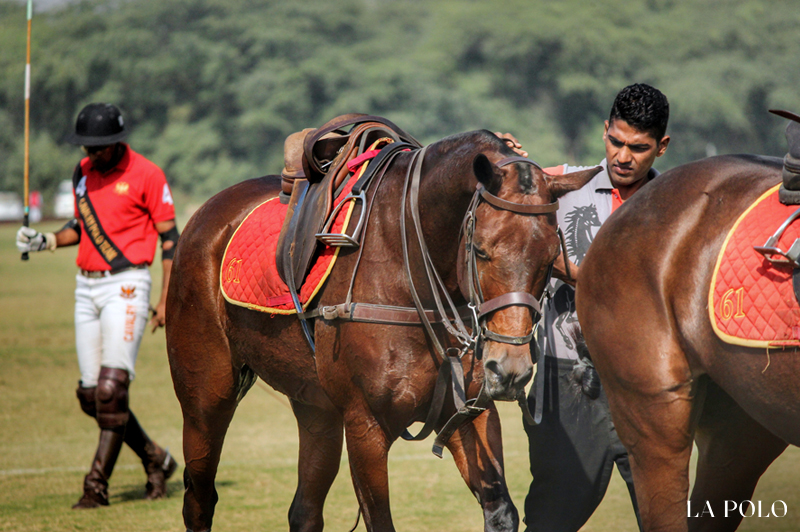 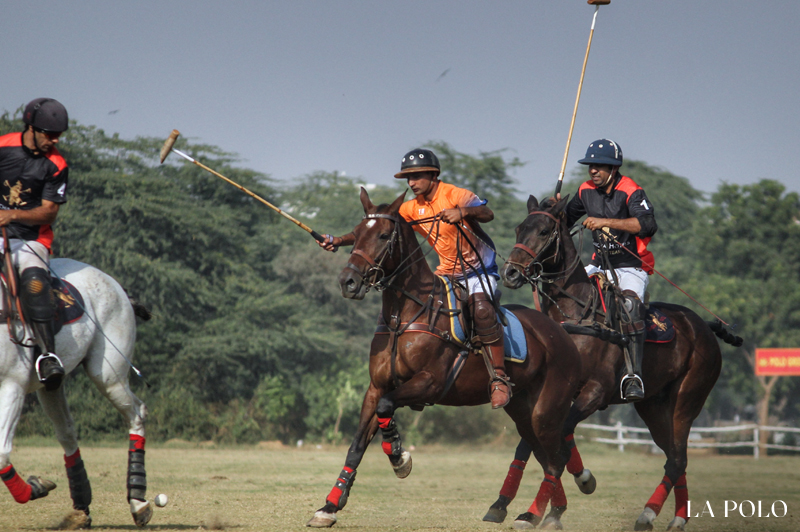 The first chukker of the match saw Raul in complete action where he scored three goals for the team, two of which were penalty shot 60 and 40 respectively. The other team did not see any progression. Thus the score at the end of this chukker was 0-3. The next chukker had saw Dhruvpal bringing Knights into the game where he scored three goals. The first two were penalty shots 30 and 40 which was followed by a goal of Pranav Kapur but coming back into the game Dhruvpal scored yet another goal for the team. The scores now were 4-3 The game had came neck to neck by the end of second chukker and opening on such a note had both the teams in pressure so much so that only one goal was seen throughout the chukker bringing Knights in lead. The goal was made by Dhruvpal through a penalty shot 40. The scores now were 4-4. 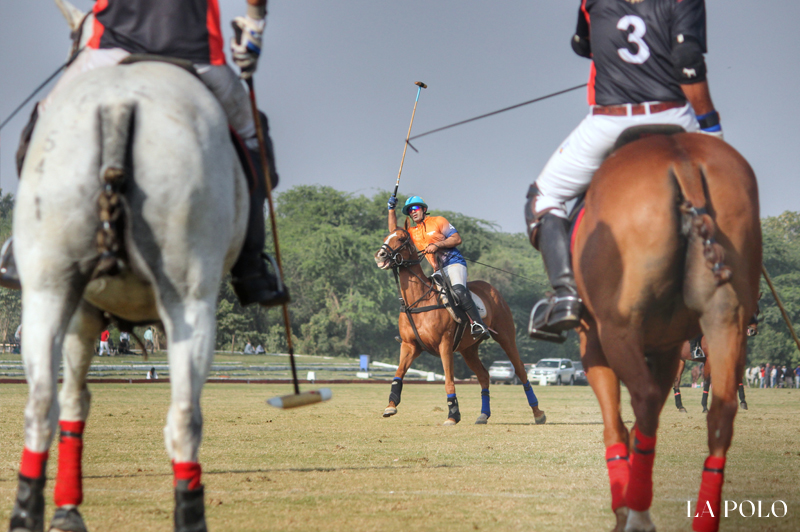 The last chukker had the game turn tables completely where Dhruvpal took a penalty shot 40 followed by Pratap Kanota's goal. The scores at the end of the match this were 4-6. Match Progression: LA PEGASUS POLO KNIGHTS - GARCHA HOTELS 0-3 | 3-4 | 4-4 | 6-4

The third match of the day saw Capt Karamat Ali (-2), Mr. Tom Brodie (+4), Mr. Simran S Shergill (+6) and Mr. Nadeen Jindal playing for Jindal Panther, while Sona Polo II had Mr. Sameer Mecca (-2), Mr. Kuldeep Singh Rathore (+2), Mr. Bhawani Singh Kalvi (+2) and Mr. Gerardo Mazzini (+6) The match opened with two back to back goals from Simran Shergill in favor of Jindal Panther second of which was a penalty shot 40. Maintaining a tough competition throughout the chukker Jindal Panther did not allow Sona Polo II to make any progress. The scores thus after the chukker was 2-0. 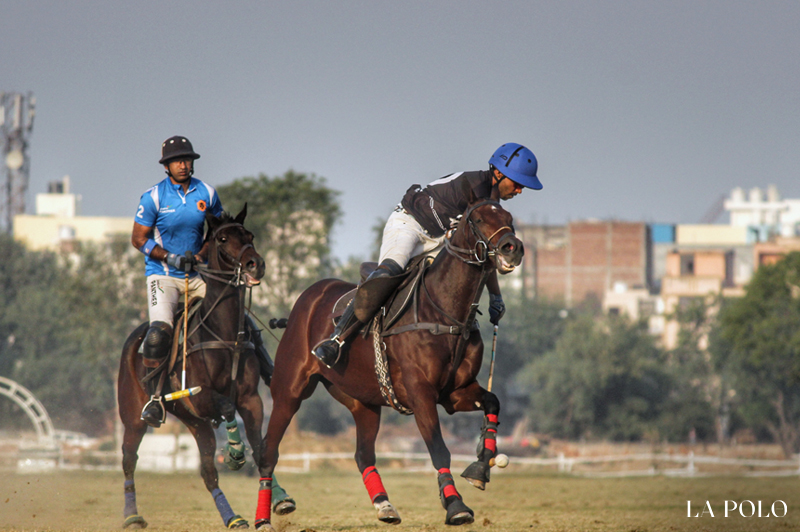 The second chukker of the match began in favor of Sona Polo II which had Gerardo striking a penalty shot 30. This was followed by another goal of Tom which again was a penalty shot 40. The goal after this had Simran in action who made the scores 4-1 by the end of the chukker. The third chukker maintained a taut competition from both the ends, so much so that both the teams had one goal each. Simran scored for Jindal Panther while Gerardo took lead for Sona Polo II. The scores now were 5-2 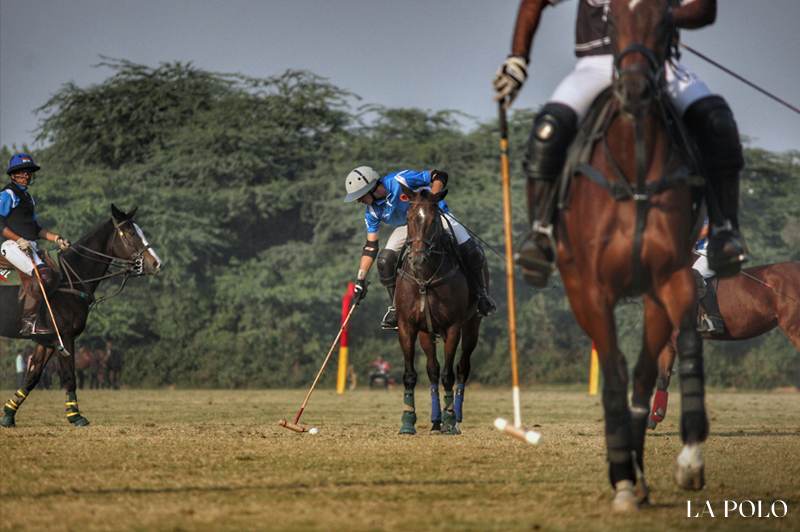 The last chukker had a scene very much similar to that of the third chukker where Gerardo started off by scoring but the chukker ended with Simran taking the lead. The score by the end of the match was 6-3. Match Progression : Jindal Panther - Sona Polo II 2-0 | 4-1 | 5-2 | 6-3 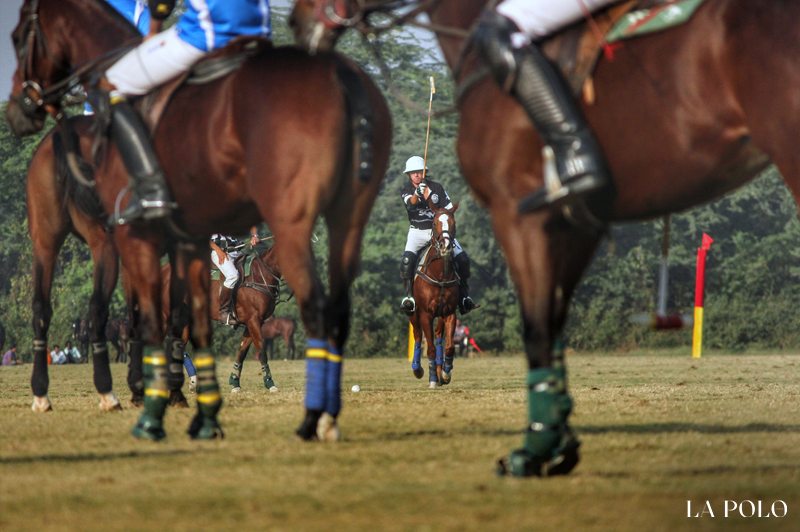