The 2019 edition of Mumbai Polo Season progressed with The Aditya Birla Cup which witnessed a series of intense battles on the league days.

Carysil/Mumbai Polo played with the likes of Abhimanyu Pathak (+5), Siddhant Sharma (+4), Shyam Mehta (0) and Chirag Parekh (-1)/ Rohan Sundesha (-1) while the Piramal Polo team stepped on the field with Dhruvpal Godara (+5), Gonzalo Yanzon (+4), Harsh Piramal (0) and Nimit Mehta (-1) on their side. The match kicked off as soon as the umpires, Jason Dixon and Simran Singh Shergill, blew the whistle for the match to start. The first chukker saw Dhruvpal Godara and Abhimanyu Pathak involved in an intense hustle which was won by Dhruvpal Godara as he scored a fantastic goal to open the scoring for the chukker. Shyam Mehta quickly responded to the threat and score the first goal for Carysil/Mumbai Polo and levelled the scores. Dhruvpal Godara, carrying forward the attack line for Piramal Polo, scored one more goal to wind up the first chukker with a lead of 2-1. 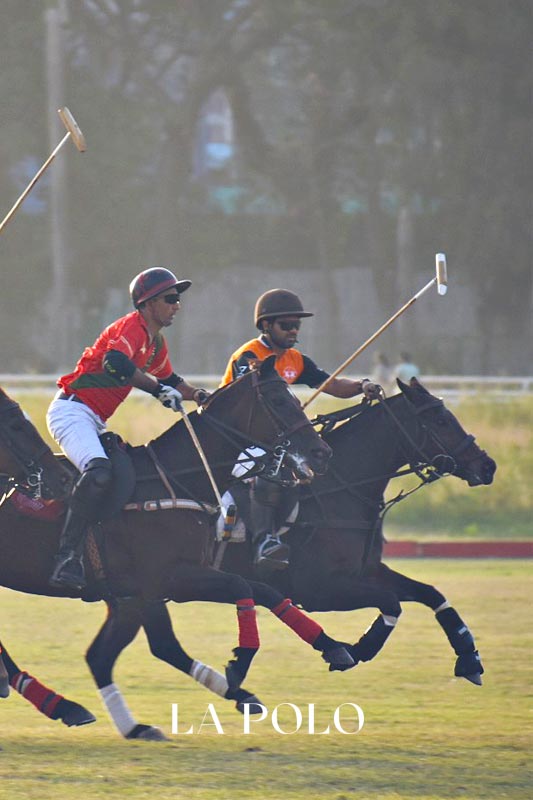 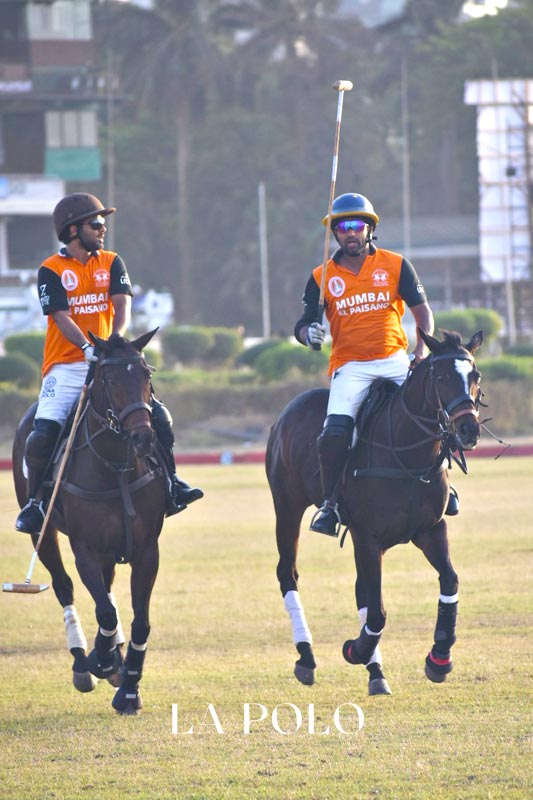 The third-day proceedings began with the strong team of Cavalry/ Krishna Polo taking on the Strikers, who had a 2.5 point handicap advantage. With India’s most elite polo duo, Col Ravi Rathore and Lt Col Vishal Chauhan, on their side Cavalry/ Krishna Polo kicked off the match up with Rathore blazing off a trio of goals in quick succession. Strikers’ Lt Col A Samantray retaliated with a single goal of his own to conclude the chukker at 3-1. However, Strikers’ offense was completely shut down in the successive round by a stellar defensive display by their opponents who extended their lead by 2 more goals. Ravi Rathore, scoring 5 times in the first half, was on an absolute tear in the second half. He ended up scoring thrice in the third chukker while Maj RK Gautam was also able to register his match’s first goal in the chukker. Cavalry/Krishna Polo, leading with 8-2 going into the final chukker, had a firm grasp over the game at this point and only got progressively better as an offensive unit in the concluding 7 minutes of the game. Rathore scored his 9th while Dfr Iliyash Ali also managed to chip in two goals. Col JS Shekhwat scored once but in vain as Cavalry/Krishna Polo already had a firm grip over a commanding lead and they were able to close the show at 11-5.5. 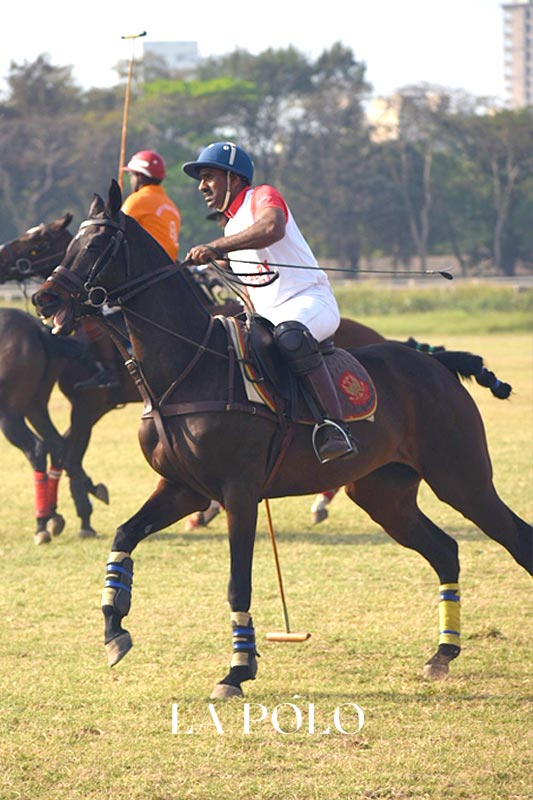 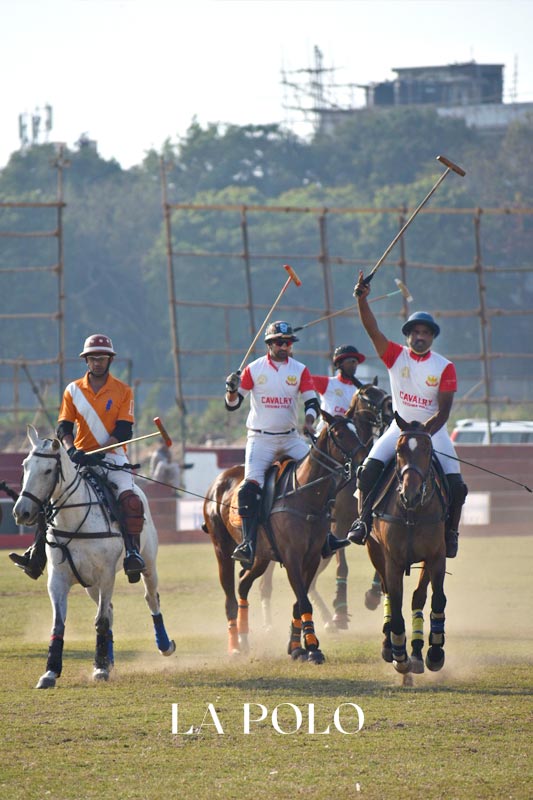 In what appeared to be an evenly contested match at least on paper, the game quickly turned into a one-sided, dominant outing for Bake House Cafe. Suppressing the offense generated by Sharma and Godara, Basheer Ali and Gaurav Sehgal blasted off one goal each in the opening chukker of the game to gain a 2-0 lead going into the second chukker. Dhruvpal Godara retaliated with 1 goal in the second chukker to chip Bake House Cafe’s 2-goal lead to a single 2-1 lead.

The latter half of the game saw Basheer and Sehgal kicking it up a notch. Keeping Piramal quiet in the 3rd chukker, Gaurav Sehgal was able to score 3 goals to extend his team’s lead 5-1. The concluding chukker saw Sehgal scoring once more while his teammate Basheer Ali was successful in registering 2 goals. Harsh Piramal and Godara both scored once but only to reduce the deficit as the victory was already sealed by the combined efforts of Ali and Sharma. Bake House Cafe commanded the lead throughout the encounter and won the 8-3 encounter in a spectacular fashion. 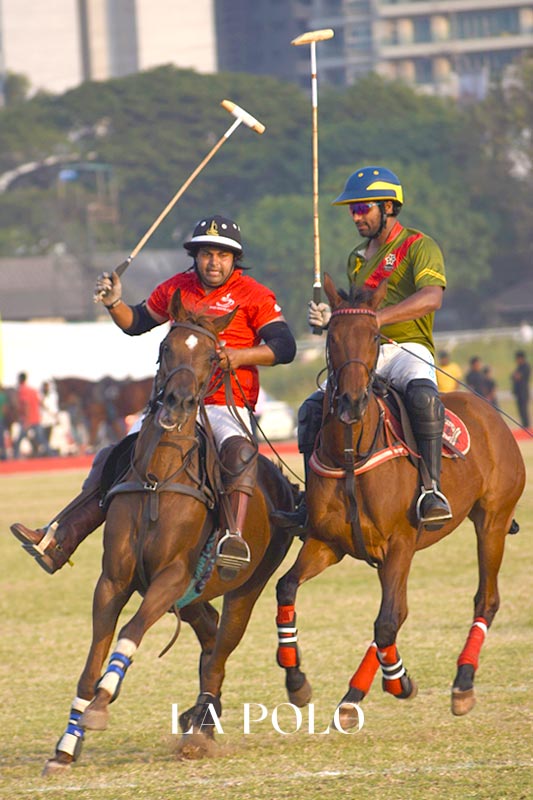 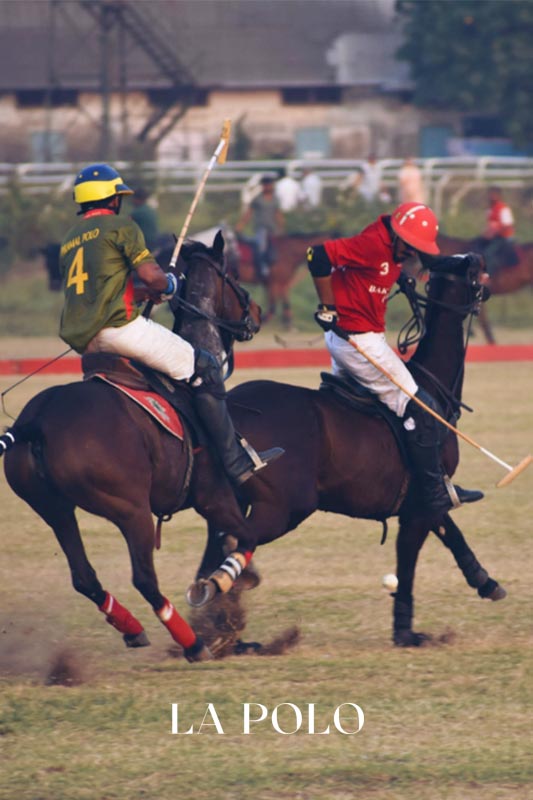 
The Aditya Birla Cup progressed to the 4th day with Madon Polo going against Cavalry/Krishna Polo in the only match of the day. The warm-up session of the players came to a halt as the umpires of the match, Jason Dixon and Dhruvpal Godara, blew the whistle for the match to start at 5:15 pm at the Mahalaxmi Race Course. Madon Polo playing with Simran Singh Shergill (+6), Kuldeep Singh Rathore (+2), Dinyar Madon (0) and Rahul Dwarkadas (0) and Cavalry/Krishna Polo stepped on the field with Col Ravi Rathore (+5), Lt Col Vishal Chauhan (+4), Ashwini Sharma (0) and Dfr Ilyash Ali (-1).

Bake House Cafe and Cavalry/Krishna Polo will fight on Saturday in the finals of the Aditya Birla Memorial Cup. 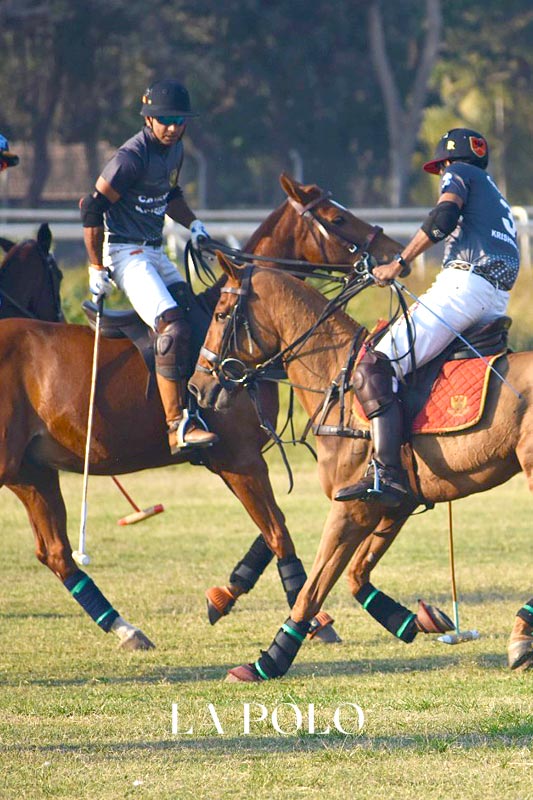 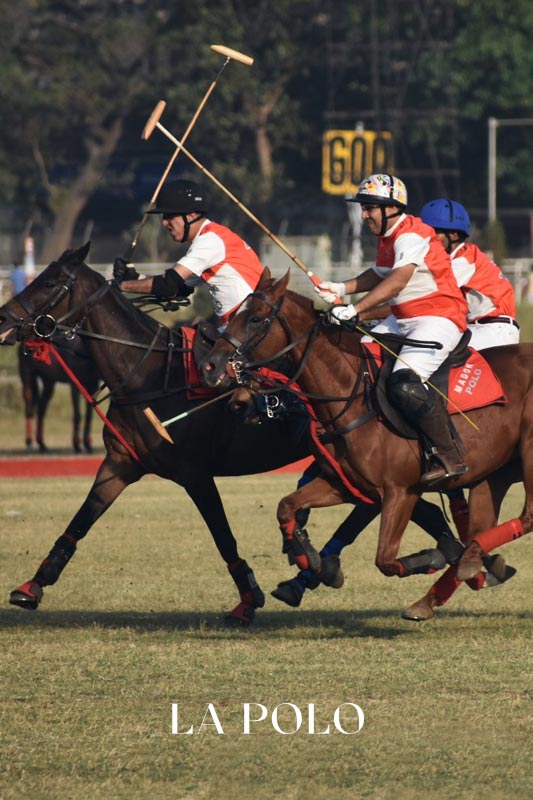 
Mumbai’s ARC Polo Ground witnessed a riveting polo showcase in the form of the finale of the 8-Goal Aditya Birla Memorial Cup, which was contested by the star-studded teams of Bake house Cafe and Cavalry/Krishna Polo. The presence of Indian polo elites like Col. Ravi Rathore, Basheer Ali, Gaurav Sehgal, and Lt. Col. Vishal Chauhan ensured the audience of a fierce battle for the cup. The players didn’t disappoint as they delivered an action-packed game.

In attendance was the President of Amateur Riders’ Club who encapsulated the day’s proceedings by lauding the team’s efforts and thanking the sponsors for making the event possible: “We witnessed an enthralling and nail-biting match this evening, the teams have put a lot of effort to showcase their power and technique of Polo. The Bake House Cafe and Cavalry Krishna team showed great prowess and aggression to win the Aditya Birla Memorial Polo Tournament. I would like to thank our sponsors the Aditya Birla Group, Honourable Mrs. Rajashree Birla, Mr. Jaykumar Rawal, Minister of Tourism Development, Mr. Gyan Rathore, Hospitality and Tourism Investment Advisory, Mr. Subodh Kumar Jaiswal, Director General of Police, Maharashtra. We look forward to hosting such polo tournaments at the Amateur Riders’ Club and make Polo a number one sport in India."


Bake House Cafe lifted the cup by defeating Cavalry/Krishna Polo 6-5.
The combined might of Basheer Ali and Gaurav Sehgal ultimately overwhelmed Col. Ravi Rathore’s spectacular 4 goal performance. Both of them ended up scoring thrice and Bake House Cafe’s 6 goals were just a little out of reach for Rathore’s Cavalry/Krishna Polo. Outside of Rathore, Ashwini Sharma was also able to turn in a single goal for his team but it wasn’t enough.