Let other people play other things, the king of game is still the game of kings


A Persian origin game, played on horseback with a ball and mallet, originally, was referred to as ‘Chaugan.’ But, eventually, ‘Chaugan,’ lost it’s namely existence and is known by the name ‘Polo’ into the modern scenario. As per historians and scholars, the equestrian sport was created and initially played in Iran (or ancient Persia) around thousands of years ago. As a matter of surprise, polo game in Iran, is still mentioned as “Chaugan”.

A brief study on the history of Polo in Persia

The Persians were esteemed and well known for their prowess in horse racing, especially, in a type of polo known as ‘Chaugan.’ Contemporary Polo is visioned as an ancient pastime which was enjoyed by Persians in the primeval period around 600 B.C. The prehistoric Persian Empire prospered briefly from 612 B.C.E to the defeat of Alexander the Great in 330 B.C.E. While, the inception of the sport is disputable, it is likely to begin in the 5th century B.C.E in order to tutelage the soldiers about equestrian knowledge. Gradually, it evolved into a game, mainly, for the nobility. Through the 2nd half of the 4th century, since Alexander the Great got a mallet and a ball from Darius III, it became an innate part of the Persian society.
One poet says:

When he (Khusru) reached the polo ground,
The fairy-faced ones curvetted
on their steeds with joy,
They started play
when every moon
Appeared a sun and
every partridge a hawk.
At times the sun bore of the ball,
at times the moon.
Now Shirin won
and now the Shah. 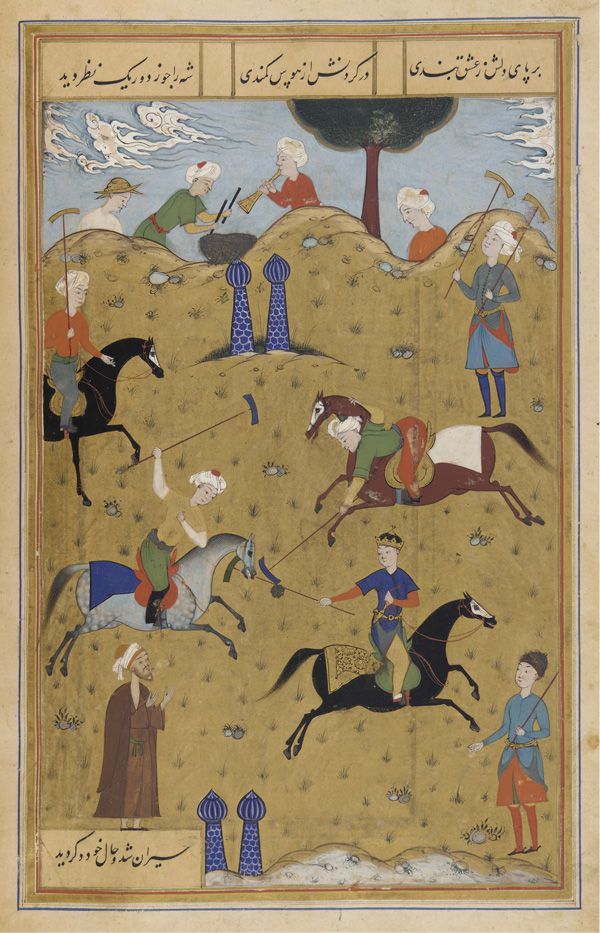 To put it other way- the evolution of polo in Persia, the famous poet/ historian Firdausi, in his 9th century C.E, ‘Epic of Kings’, has given description on royal tournaments of his day and has described the story of a ruler, who acquired the knowledge of playing polo in the 4th century B.C.E at the age of seven.
The court poets of later monarchs composed poems showing Khushru Parviz, Shirin and their ladies playing polo.

Furthermore, ‘Epic of Kings,’ also, holds account of a legendary polo match between the Persian king Seyavash and a prince of neighbouring Turan. Likewise, another 9th century historian, Dinvari has narrated general rules of polo and provides some instructions to player in the form of advices such as -‘polo demands a great deal of exercise,’ if polo stick breaks during a game, it is a sign of inefficiency,’ ‘a player should strictly avoid using strong language,’ and the most important ‘a player should be tolerable and mild during the game play.’ 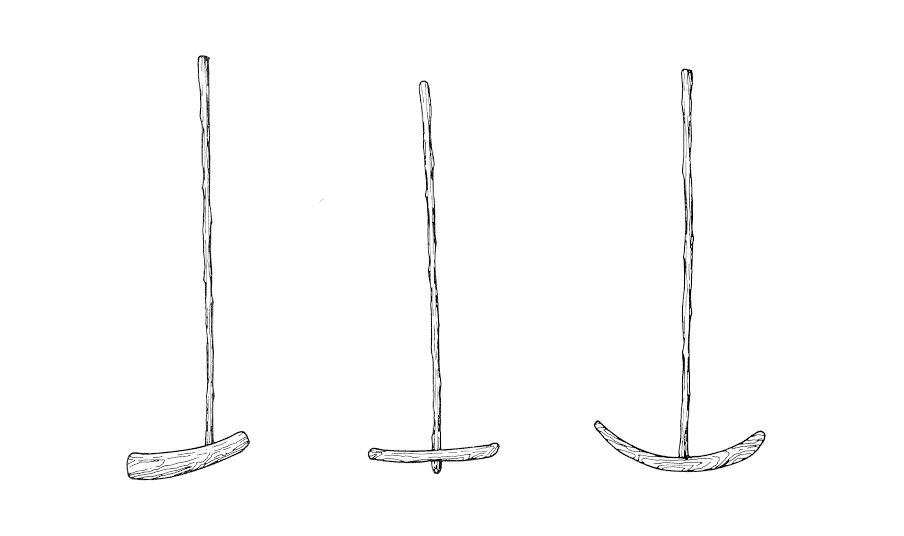 Another key thing to remember that in accordance with the records of Medieval Manuscripts, there were 4 paramount activities of the Persian rulers, which were feasting, hunting, playing polo, and contesting war.
Conclusively, the Persian poetry from the Rubāiyāts of Umar Khayyam are considered to be one of the most well-known sources of polo in Persia. In a very subtle way, Umar has illustrated philosophical points while explaining the gameplay of polo.