The Army Commander’s Polo Cup has entered into the third day of the tournament.


Cavalry Ground is prepared to witness the action for the tournament on its third day !

61 Cavalry Vs Lancers And Lancers get 2.5 as an advantage 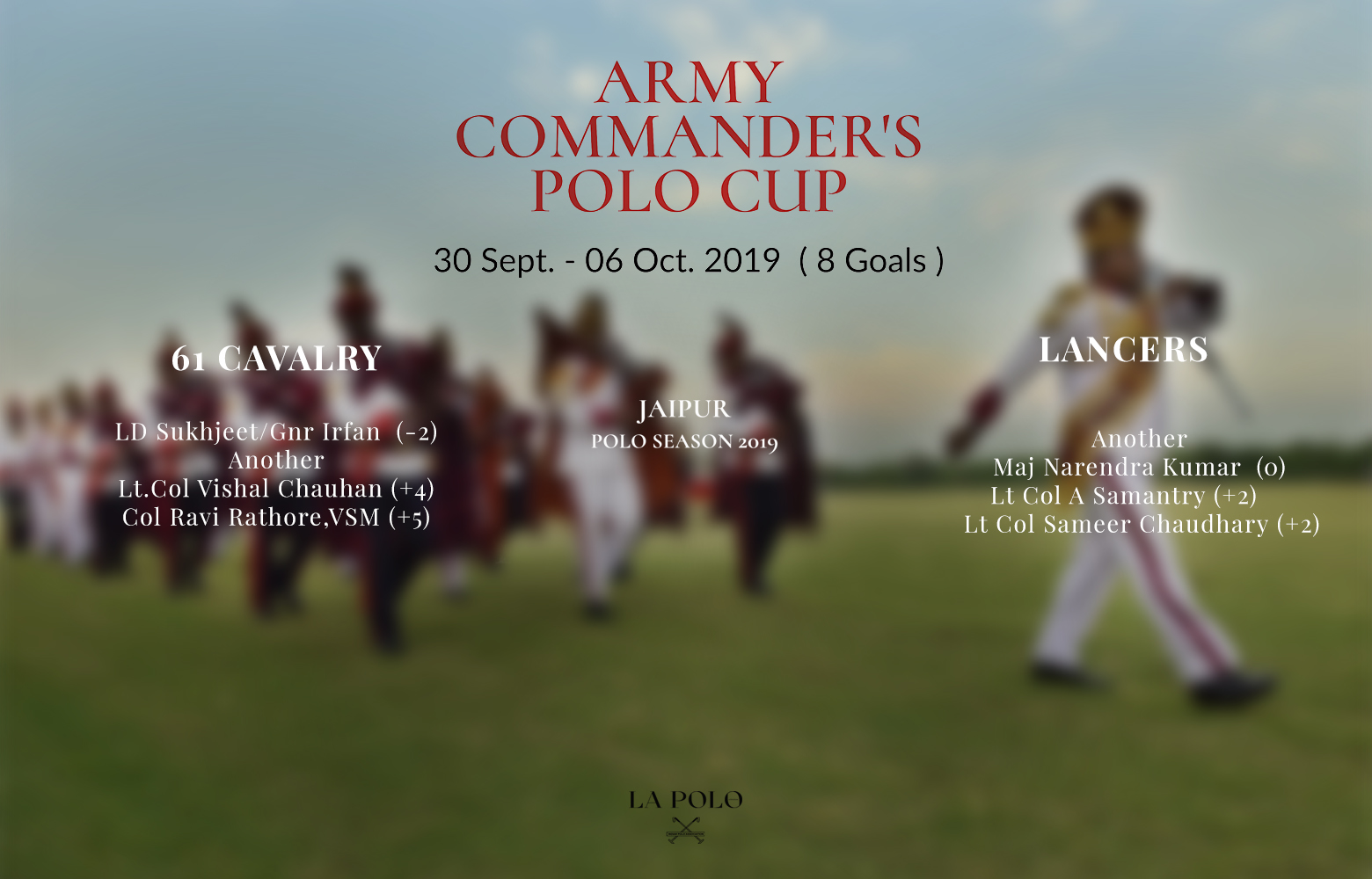 Chukker 1:
The first chukker is into action and we have the first two goals by Vishal Chauhan. The score is now 3 for team 61 Cavalry as Ravi Rathore bags the third goal for his team. We are into half time the first chukker and Dhananjay gets the fourth goal. The chukker is about to end and we have a goal by Ravi Rathore. The chukker ends with 61 Cavalry on 6 and Lancers in 2.5 of the advantage.


Chukker 3:
The third chukker is into action and the first goal is brought by Ravi Rathore changing the score to 10 for 61 Cavalry.
The game is one sided, inclined in favour for 61 cavalry as Ravi Rathore gets another goal. We are into halftime the third chukker, two players -Samantray and Narendra Kumar from team Lancers fell from their ponies. The army ambulance is right on the spot and medical assistance has been provided. Luckily no injuries were observed and the players are back in the game. The game is into action once again and Vishal Chauhan has the goal !
This brings us to the end of the third chukker.

Chukker 4:
The game is in action for the final chukker and we have another goal for 61 cavalry. The match is ruled over by 61 Cavalry. 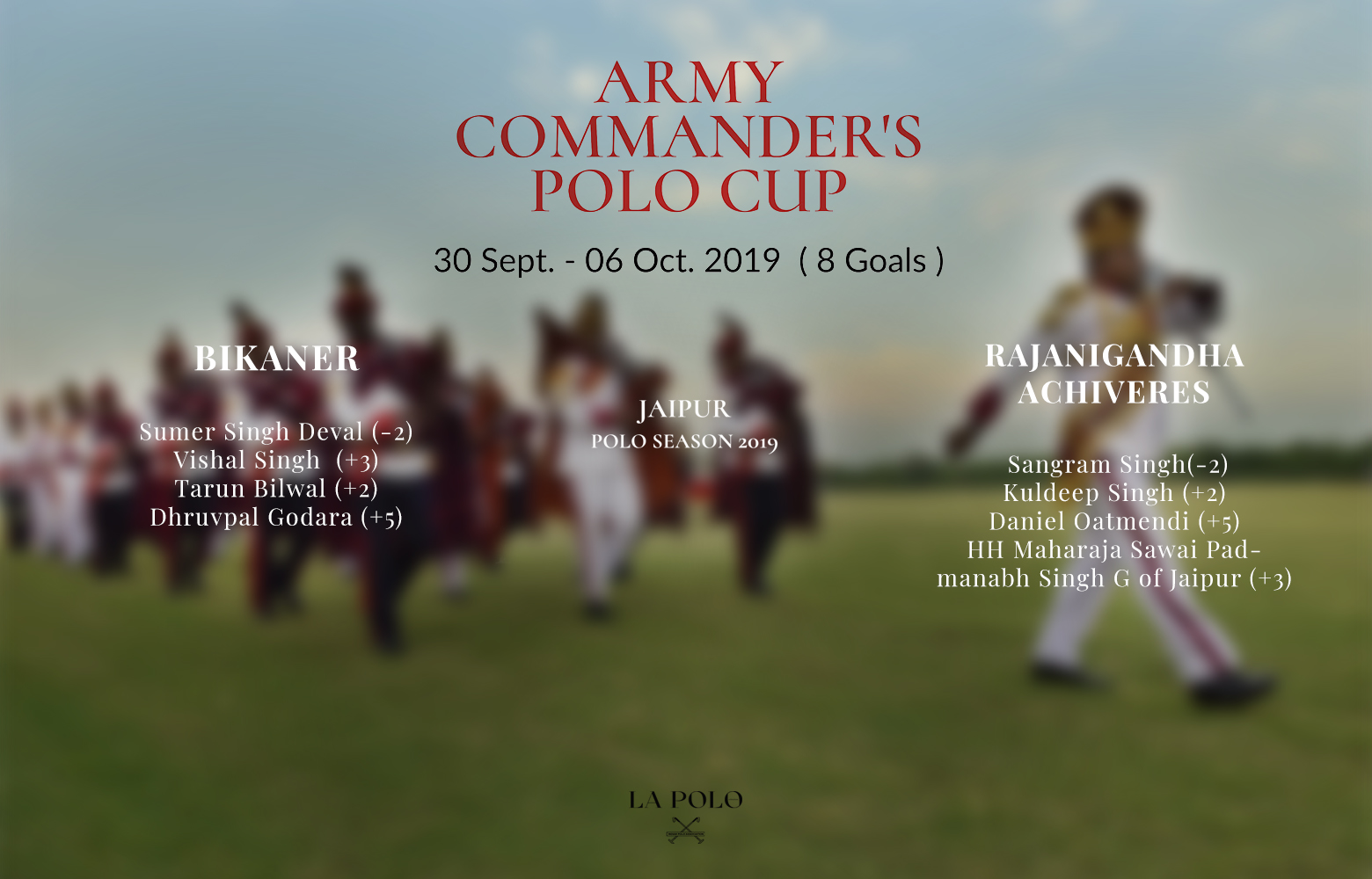 Chukker 1:
The ball has been rolled for the chukker, and the game between Rajnigandha Achievers and team Bikaner is on. We are into halftime for the chukker and no goal has been scored till now.
We have the first goal for the match by Dhruvpal Godara, only 20 seconds left for the chukker and we have an equalizer by Daniel Otamendi followed by Pacho getting the second goal. This ends


Chukker 3:
Third chukker is into motion. 2 minutes already gone for the chukker and there are no goals till now, with scoreboard stable on a score of 5-2. A great teamwork by Rajnigandha Achievers gets them the sixth goal for the match. Only a minute is left for the chukker.
We wrap up for the chukker with a score of 6-2.


Chukker 4:
The final chukker has begun. The scores are 3-6 , with team Rajnigandha leading the match by 3 goals.
Only 2.25 minutes left for the chukker and the game is advancing towards its end. The chukker ends with Kuldeep Singh hitting the last goal.

Rajnigandha Achievers gets the victory !

DAY2: BATTLE CONTINUES FOR THE ARMY COMMANDER’S POLO CUP
Next