Ashwa Poojan | An Ode To The Horses

Honoring the horses through Ashwa Poojan


Dussehra, a Hindu festival which is easily decoded as the victory of good over evil. But if unfolded, this day in its sole existence is celebrated with distinctive peripherals. Like a kaleidoscope, this Hindu festival pertains monopolic imagery for sects of people flowing in n number of diversity, but united by essence. While some celebrate it as the victory of the good, the others take this day as an occasion to worship the sastra, the weapons. The day is therefore, also summoned for ‘Sastra Poojan’. And of this day, ‘Ashwa Poojan’ is an elongated part and participle. Following the incidents from the pages of human history, weapons have been an integral part of their lifestyle. During the days of war and even before that, when civilization was just beginning to evolve and come into existence, weapons have stayed with what we today call our ancestors. Standing as a support, weapons have not just helped our ancestors safeguard themselves, but has also worked at finding them as basic a necessity as food. Mapping from the older days of civilization, to some recent times, today’s modern man can graph it out that during the days of war, weapons had been an endless supporter of humans. The ‘Sastra Poojan’ encompassed of worshipping those very weapons and even today, the poojan is a sign of worshipping the modern machinery and weapons. In the yester years of wars, where on one end the ‘Sastra Poojan’ was conducted, people did not forget to honor their loyal companion of wars, the horse. A result of this was worshiping the horses through, ‘Ashwa Poojan’. While ‘Ashwa Poojan’ is an integrated part of the Indian culture, mostly towards the western region India, the House of Mewar celebrates it with great dignity and enthusiasm. LA POLO brings to you an insight and walk through the celebration of ‘Ashwa Poojan’ from the House of Mewar. 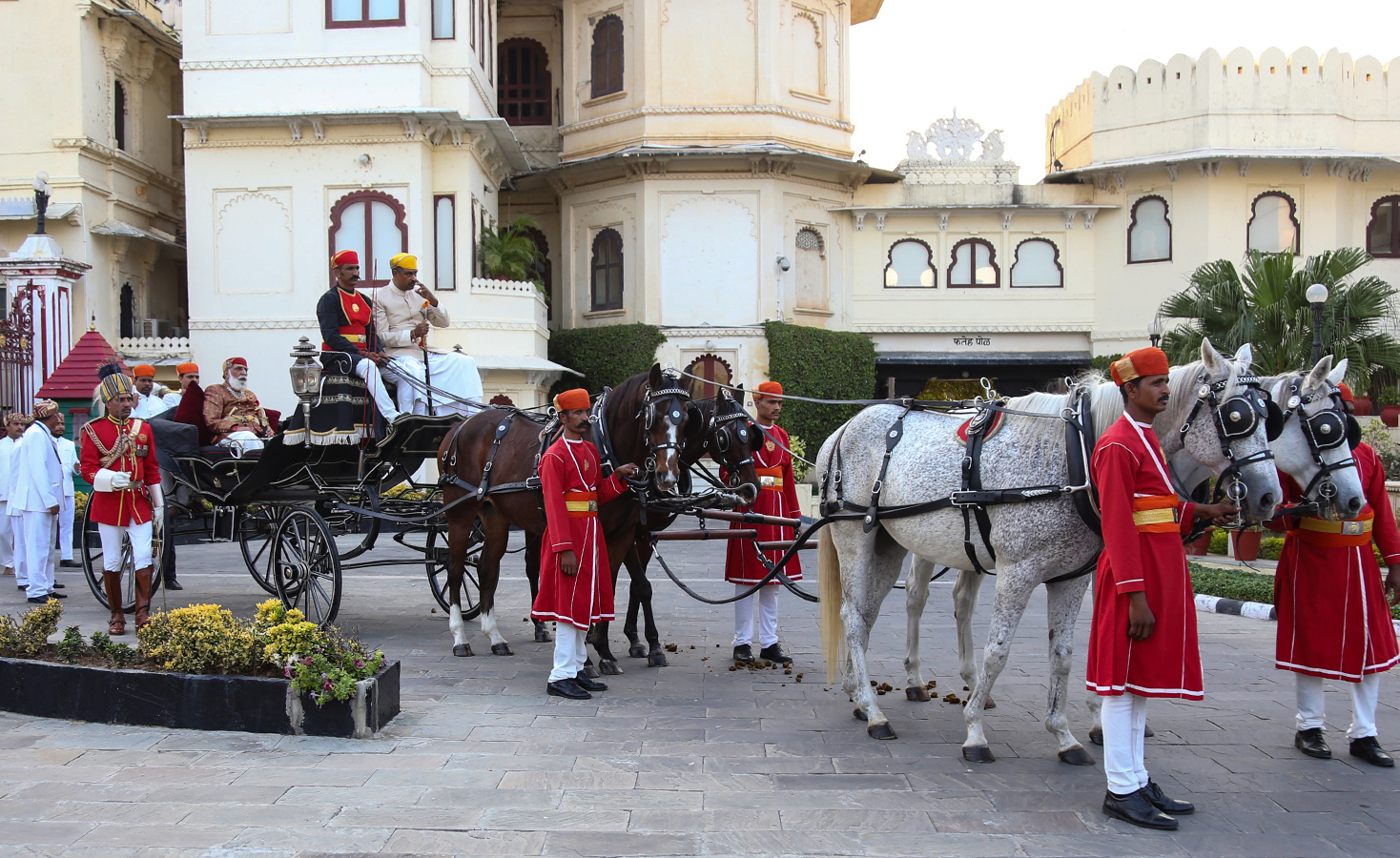 Ashwa Poojan, as the House of Mewar describes, is “a timeless gratitude to equiniti with an object of preserving artistic, religious and historic interest for cultural conservation of heritage”. The Poojan is organised by Maharana of Mewar Charitable Foundation, Udaipur at Manek Chowk, The City Palace, Udaipur. As Shri Arvind Singh Mewar of Udaipur, Chairman and Managing Trustee Maharana of Mewar Charitable Foundation explains, “The City Palace was and continues to be the site for all the rituals, spectacles and celebrations. As the Chairman and Managing Trustee of Maharana of Mewar Charitable Foundation I am honour bound to continue this legacy and discharge my duties to keep alive the Living Heritage of Mewar through the Eternal Mewar Festivals. The sparkle of the bright ceremony of Ashwa Poojan...are examples of a breathing and living Palace.” 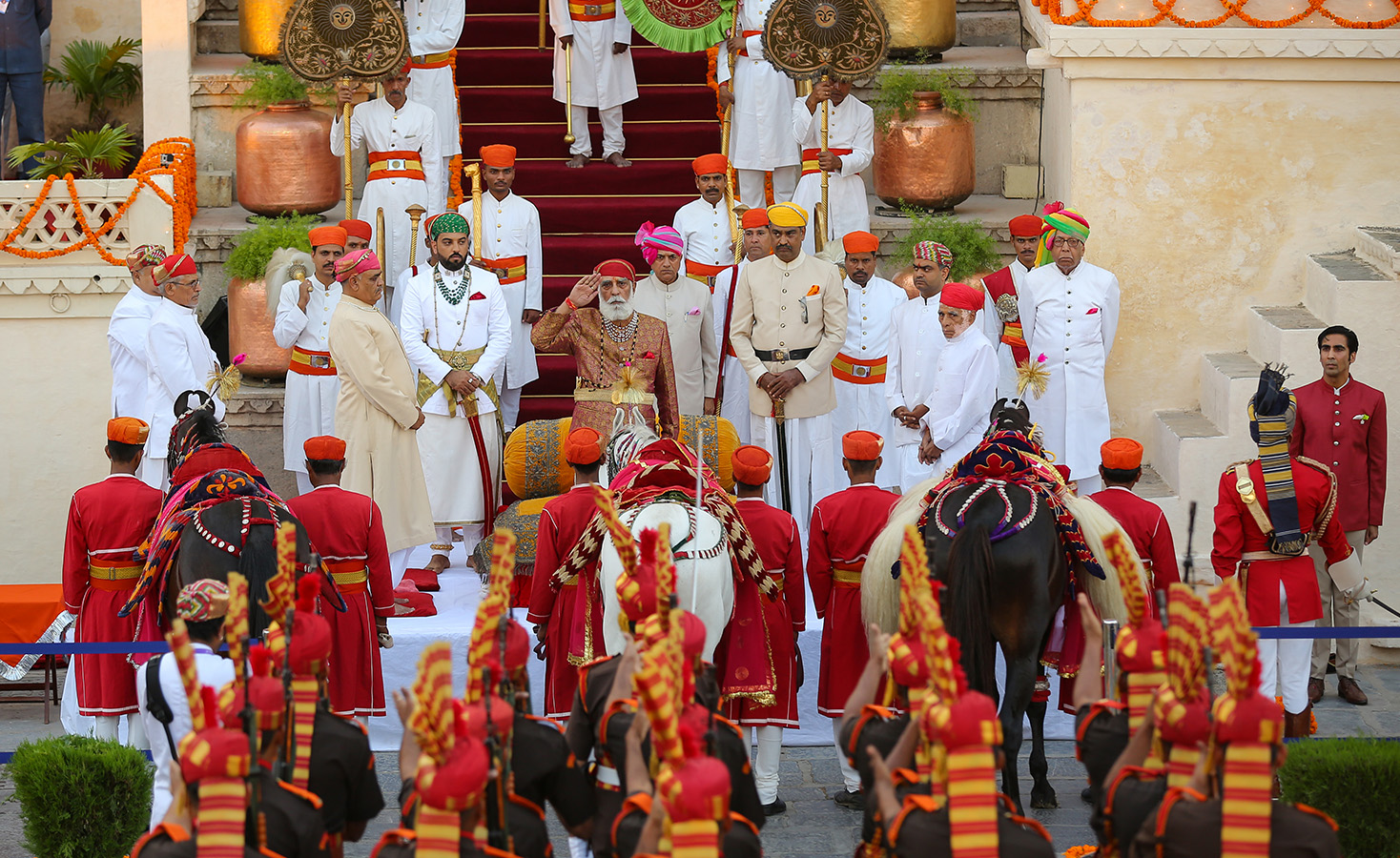 Going back into history, the worshipping of the horse through ‘Ashwa Poojan’ started with the coming of the immortal horse, Chetak , the horse ridden by Maharan Pratap. The horse is till date remembered for his outrageous aura in the Haldighati battle of 1576 CE. Since then, it has been seen as the epitome of the bond that Rajputs share with their beloved horses. The warrior spirit it both the Rajputs and their horses is something that could not be seen anywhere else. From those days, till date, horses have been a loyal companion, friend and supporter of the Rajputs. For a royal friend, there is no better gift than a well bred horse.

As the House of Mewar explains, the ‘Ashwa Poojan’ is a way of paying respect as well as honoring the horse for their unfailing contribution towards the survival of the race of the Rajputs. In order to thank them and their endless brave attitude, the Rajput race takes one day in the year which is completely dedicated to their worship which we know as 'Ashwa Poojan' which means 'worship of the Horse'. That is how ‘Ashwa Poojan’ came into existence. They further informed that, “The House of Mewar has been one of the bravest Rajput warriors dynasty in history have been celebrating 'Ashwa Poojan' from time immemorial without fail. Shriji Arvind Singh Mewar of Udaipur has been passed on this legacy from his ancestors and has taken it upon himself to continue this ceremony keeping alive the Living Heritage of The House of Mewar.” 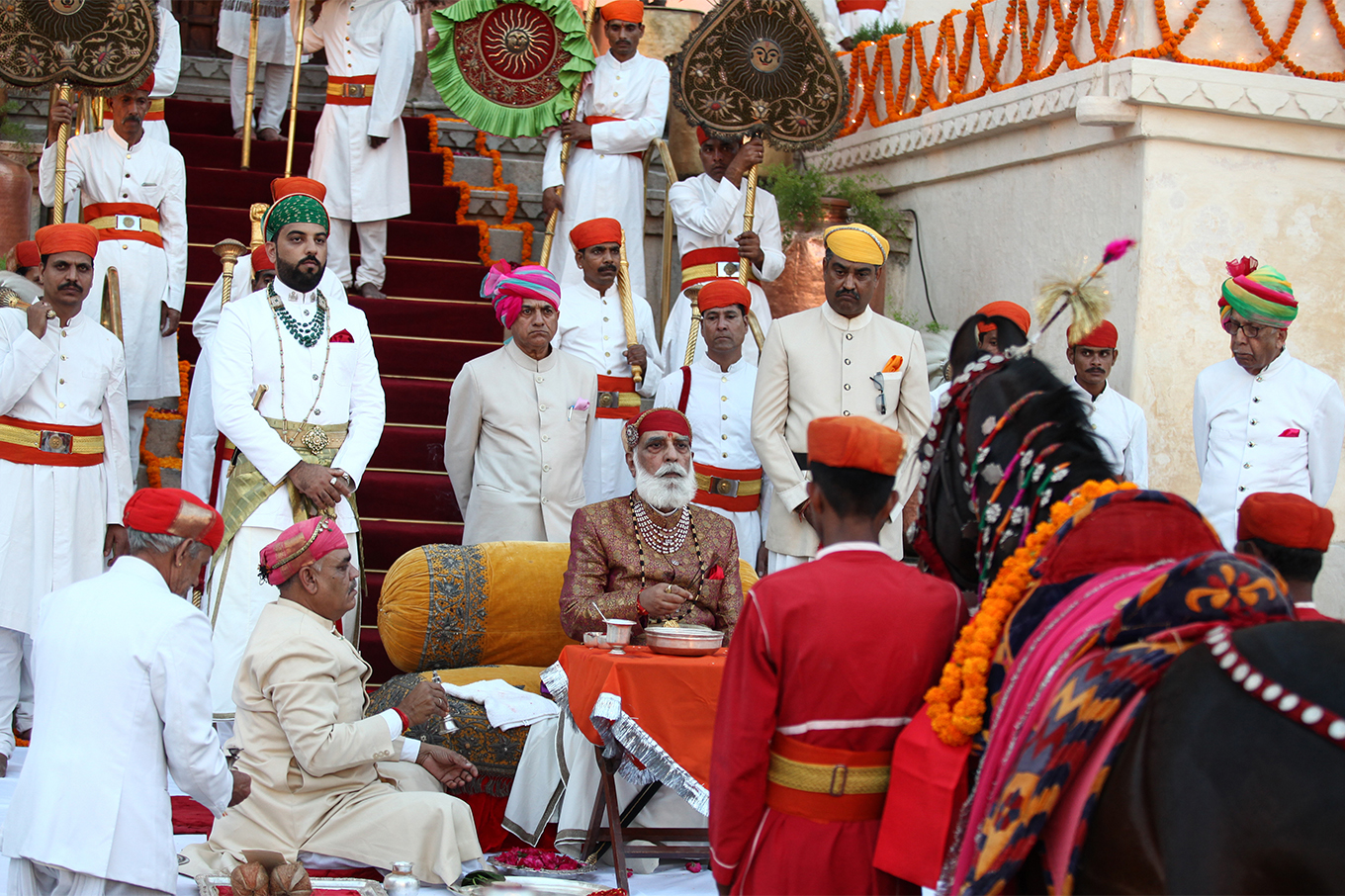 The ‘Ashwa Poojan’ is celebrated on the last day of Navratri, which are considered to be the most sacred days of Hindu culture. The ceremony begins with Shri Arvind Singh Mewar of Udaipur worshipping the horses. The entire procedure and conduct as explained by the House of Mewar says that, “Shriji Arvind Singh Mewar of Udaipur, arrive in a 1905 vintage 'English Royal Landau Four - in -Hand' with a procession consisting of royal insignias as two Chadiwalas carrying long gold staff, two Gota - walas carrying short gold batons which symbolizes the authority of the state. Two men who carry the Fly - Whisk are then positioned at the back of the Horse drawn carriage. At the high raised platform from where Shriji performs the Ashwa Poojan Ceremony, two men wearing Chapdas (Coat of Arms of the House of Mewar), two men carrying Mor Chal (Peacock feathers), one carrying the Adani (Velvet cloth fan) and one carrying the Meghadambar (Feather Fan) position themselves. Along with this one man carrying the Karaniya (cloth with an embroidered Sun Emblem on one side and the moon on another) , while the other one carrying the Chattra (large umbrella) are also present. The Palace Band is positioned in front of the high raised platform from where Shriji worships the horses namely Nagraj, Raj Swaroop and Ashwa Raj. These horses belong to the internationally recognized breed known as 'Marwari'. They are fully bred and nurtured by Maharana of Mewar Charitable Foundation, Udaipur. The sacred ceremony is followed by meeting with guests.”
Next