The Sunday afternoon at the Grand Champions Polo Club witness intensified battles on the ground when Aspen Valley and Palm Beach Equine went against each other for the finals of the Spring Challenge Cup. The teams had the following composition:


The match maintained a fierce scale throughout, so much so that it had to travel into overtime for the day to come down to a conclusive winner. As soon as the overtime started, the strategic play from both the ends began, to which Pablo Pulido said, “We came out at the beginning of overtime and just said stick to the man on the throw-ins and as soon as we see someone with the ball just go at it.” Pablo Pulido who is at +2 handicap currently was recorded in play to be claimed later as the player who outshined his handicap. His performance was later appreciated with the award of Most Valuable Player of the match. Pablo Pulido scored three goals in total in the match and his brilliant defensive skills outshone his skills.

The overtime changed the entire phase of the match. As soon as the throw-in was done, Alejandro Novillo Astrada hooked Brandon Phillips. At this, Grant ganzi pounced at the ball to hit a tail shot at Pablo Pulido who took the ball and hit it from 60 yard right into the middle to score. At this, Pablo Pulido recalled and credited Grant Ganzi for his quick performance. He, in fact, was nervous about the long 60 yard shot he attempted as Scott Swerdlin from the opponent team was right next to the goal post, but Pablo Pulido and his team Aspen Valley was lucky enough to have the ball land in the right place at the right time. Against the whole event, Alejandro Novillo Astrada notified closely. He said that while the ball was ready for throw-in he was Nic Roldan and witnessed how Brandon Phillips had the ball. He then decided to move towards Grant Ganzi who was in an appropriate position to grab the ball, and to help him Alejandro Novillo Astrada quickly hooked Brandon Phillips and the rest happened within no time. Alejandro Novillo Astrada said, “Granti hit an amazing back shot to Pablo who was alone and went to goal.” This overtime granted to both the teams portrayed how good coordination and communication within the team members can lead to victories and turned the tables. Aspen Valley and Palm Beach Equine, both the teams had an equal chance of victory until the very last breath, but it was teamwork, coordination and understanding of Aspen Valley that led it to lift the Spring Challenge Cup 2019. In fact, Grant Ganzi remarked his thoughts on Pablo Pulido’s performance and said that he expected Pablo to do exactly what he did on the ground. He revealed that “I told him in the tent before overtime that he was doing great going forward today...I said him do one more. I had my confidence in him and I told him he was going to do it.” It looks like Grant Ganzi’s confidence traveled into Pablo and he did what he did. With almost 6:06 left in the overtime, Pablo Pulido took his shot from Grant Ganzi and scored a splendid shot for his team that led them all to lift the Spring Challenge Cup. 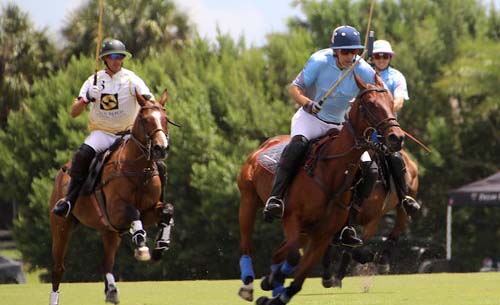 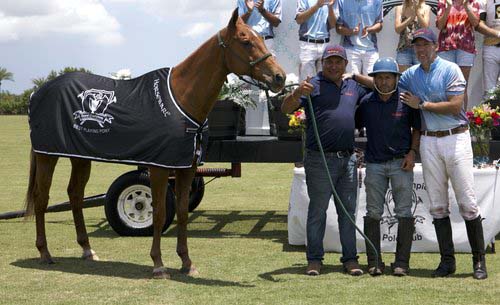