Popular as ‘the game of kings’, the noble sport of horseback Polo has a rich history dating all the way back to the sixth century BC when the sport was devised as a training exercise for the Cavalry troops.

The idea to replace the agile thoroughbred Polo Pony with a spluttering motor car can be traced back to 1902 when one of the earliest known Auto Polo matches took place in Boston. Joshua Crane Jr, a member of the elite Dedham Polo Club, announced an exhibition of the new game. Crane, an accomplished Polo player, and automobile driver didn’t take long to combine his two passions. Before the crowd, at Dedham Polo Club he drove out onto the field, and to everyone’s amusement began swinging at balls with a mallet in one hand while steering the car with the other. The Chicago Daily Tribune covered the Crane’s game after which they wrote ‘The play is executed so quickly that an unpracticed eye has difficulty in following it.’ 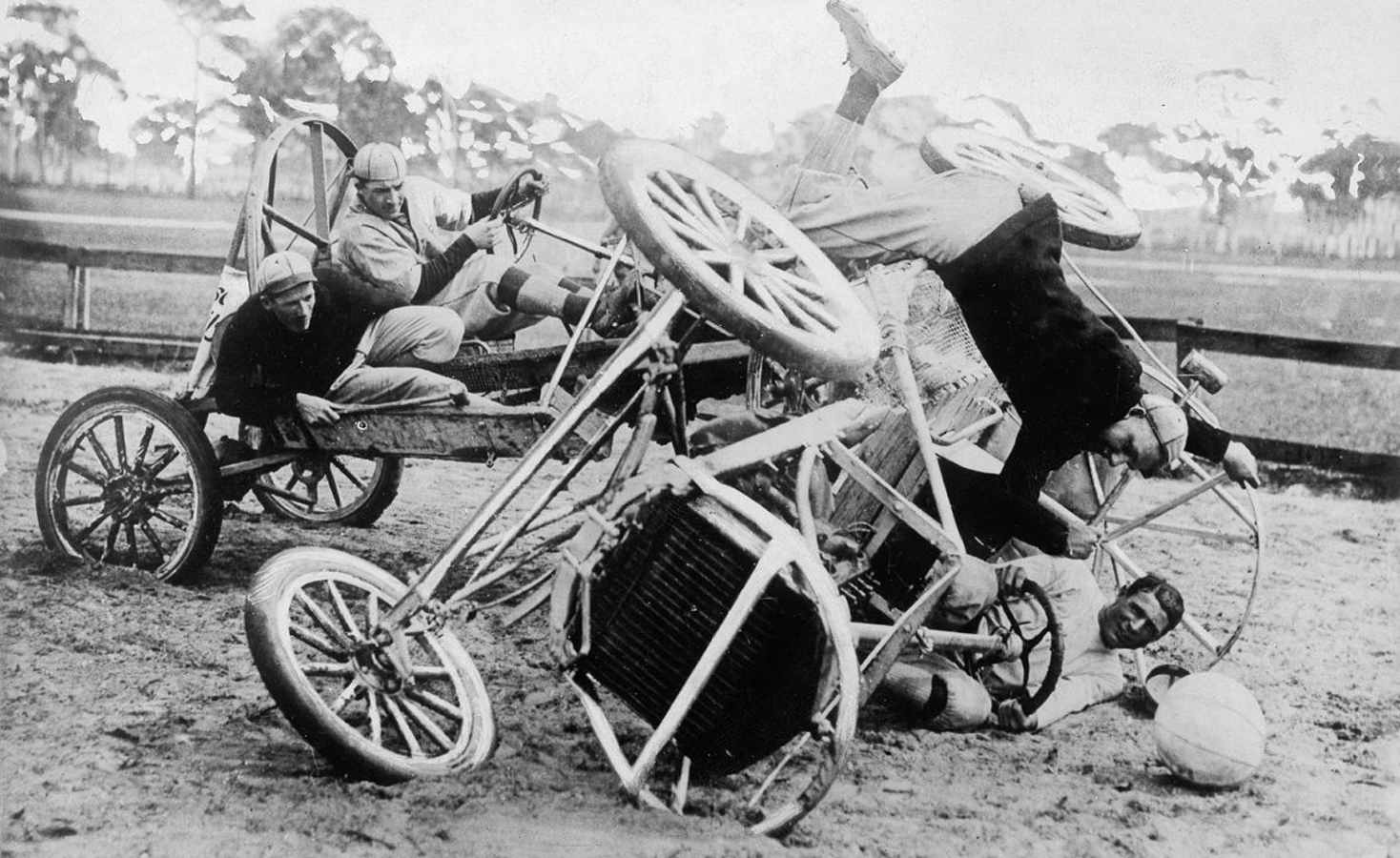 “It is easier to sit on a well-upholstered seat than to ride a spirited pony. The player has more strength and energy left to devote to his strokes.”

For the new generation of adrenaline junkies, Polo Ponies were suddenly a rather tame option with the introduction of automobiles into daily life. With the early automobiles marketed as a replacement to horses, it was inexorable that the game auto polo would be invented. When Ford introduced the Model T in 1908, it instantly became the car favored by the auto polo enthusiasts thanks to its affordability, lightweight and sturdy resistance to frequent tumbling. A degree of credit goes to Joshua Crane Jr. for proving the brio of the sport in 1902 by demonstrating his skill brandishing a Polo mallet and steering a car simultaneously. But it would be another decade before auto polo truly entered the public sphere. 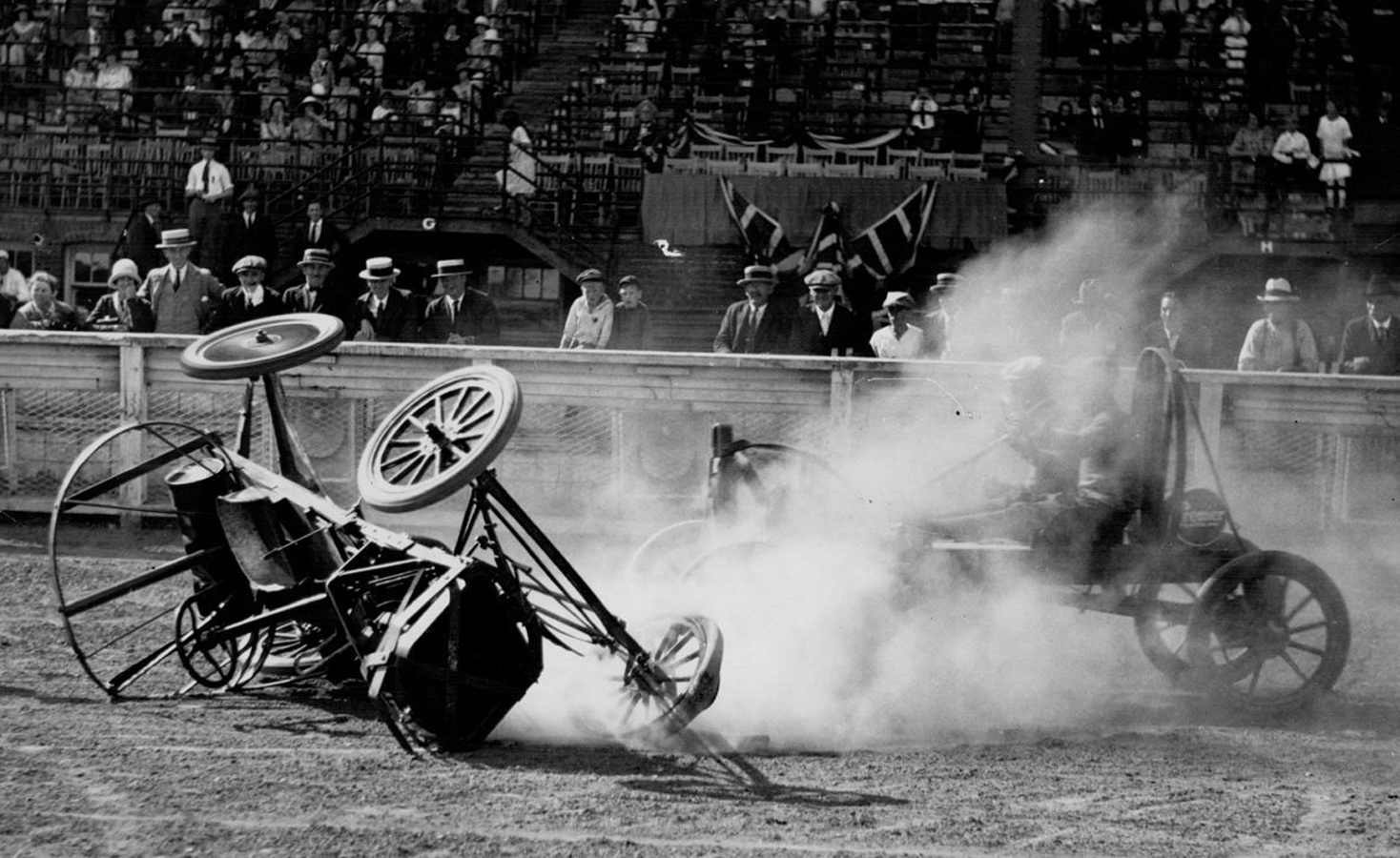 The skeptical yet highly entertaining sport of auto Polo was reinvented by Ralph “Pappy” Hankinson, a Ford dealer in Topeka, Kansas. Beginning as an advertising stunt in 1911 to sell Model T, the sport spread across the country, attracting frenzied fans and press activity, at least until several crashes and the deaths of the drivers and their assistants caused some states to ban the activity. As the game developed the rules were redefined, but were in essence similar to those of Horseback Polo. 300 feet long by 120 feet wide, the field was divided into two goal areas marked by stakes driven into the ground 15 feet apart at two poles. The aim of the game was to dribble the basketball size ball, past the four-wheeled opponent and strike it in the goal. The match between two teams featured two cars with two people on each car per team. The game was played with one man driving each car and another man hanging off the running boards with a mallet. The referee ensured fair play as he dodged the zooming vehicles on foot and frequently calling out “time” to allow collided vehicles to disentangle themselves, or for the man with the mallet to retake his seat having leaped from the moving car to escape a crash. There always stood a surgeon to attend injured players because the game was incomplete without some spectacular and brutal crashes. Deaths of drivers and their assistants during the match caused some states to ban the game but the crashing of cars for entertainment never did disappear completely. Bruises, Broken bones, and occasional deaths of the players became the result of the games as cars collided, rolled over and tossed their riders. The game used to swiftly resume as soon as it was established that no medical attention was required.

“It combines all the dangers and excitement of a bullfight, a football game and a ride in an airplane.” 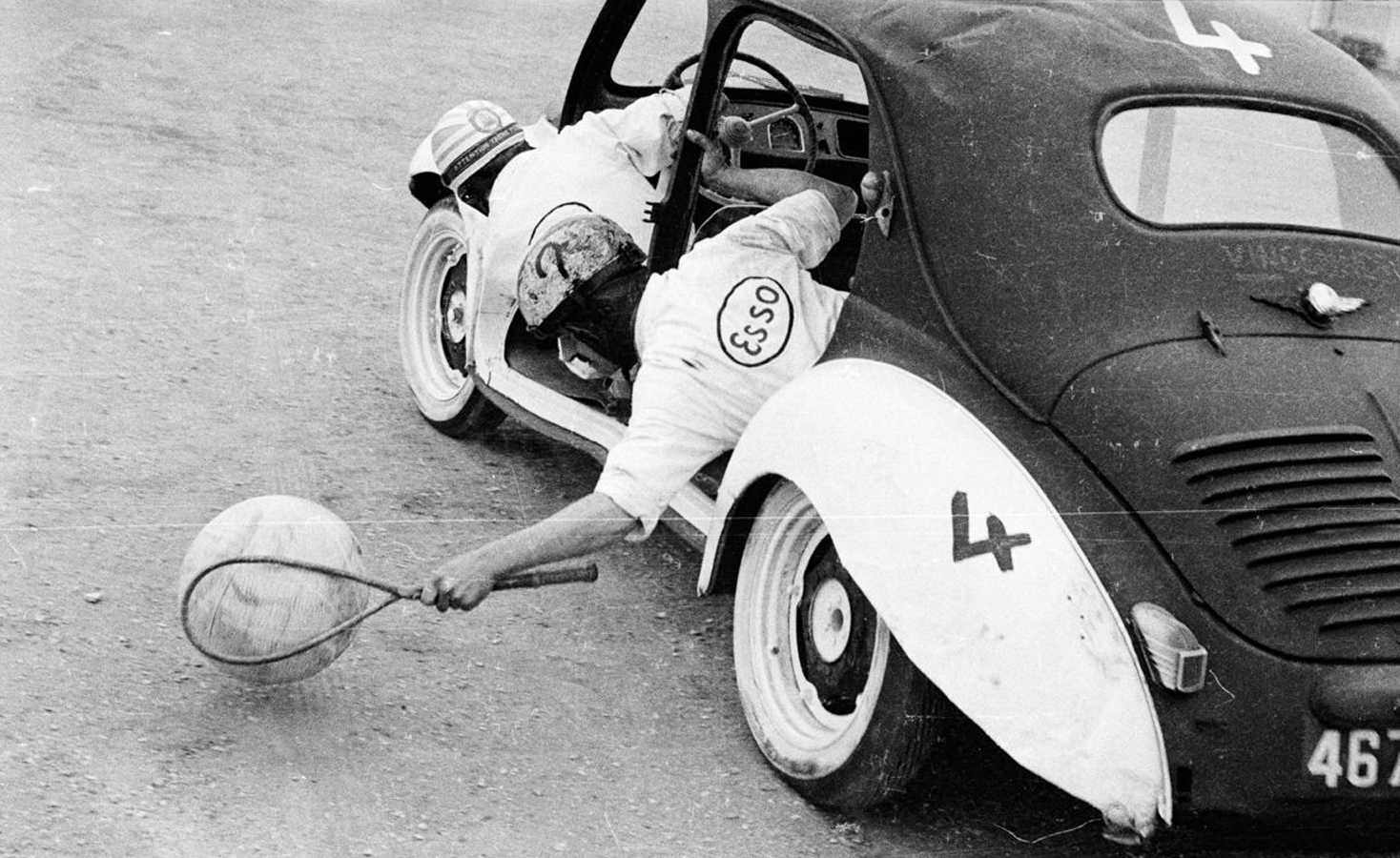