Batik designs that are specially made and worn in Indonesia

UNESCO has recognized batik in Indonesia as a Masterpiece of Oral and Intangible Heritage of Humanity, and to mark that day, Batik Day is celebrated on October 2 every year.


Batik is as integral to Indonesia as the distinct odour of wax is to the batik. It is an ancient technique of wax-resist dying of fabric, and the earliest records date back to the 4th century in Egypt. Over time the technique spread over several Asian and African countries each adding its own flavour to it while containing the process and essence of Batik. But Indonesia, where it is a national heritage the tradition reaches another height.

The word batik is thought to be derived from the word “ambatik”, which translated means “a cloth with little dots” since the patterns are drawn as dots or tiny parallel lines. The word may also be traced to the Javanese word “tritik”, which describes a resist process for dying.

The designs are drawn or traced out using a canting or the wax pen that is connected to a short bamboo handle. The copper container attached to it, is filled with molten wax and the artisan then uses the canting to draw the design on the cloth. Sometimes a wad of cotton is fastened over the mouth of the canting that acts as a brush, hence also called tuli to fill in very large areas. The wajan is the container that holds the molten wax. Normally it is made of iron or earthenware. 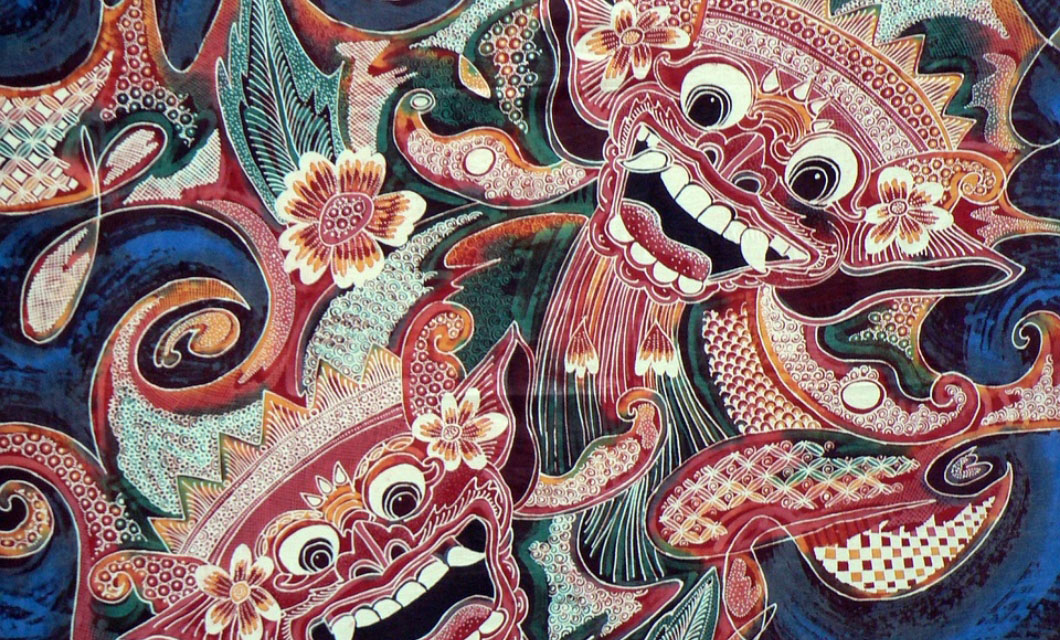 Wax is of primary importance. There are different types of wax and they are used in different proportions to achieve the desired result. Though traditionally paraffin and beeswax are used, now synthetic waxes are also used. One can say it is one of the secrets of the fine batik. The consistency of the wax determines the perfection of the batik. A wax that is too cool will clog the spout of the canting. A wax that is too hot will be too thin and uncontrollable. Ideally it should be at room temperature. 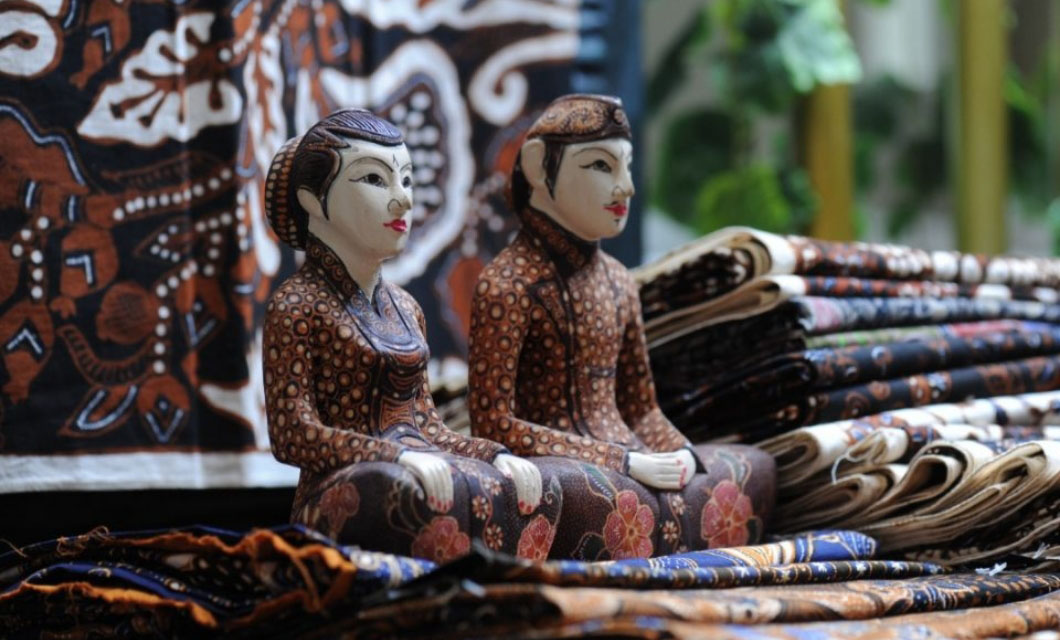 Traditional colours for batik were earthy because they were procured from natural ingredients and consisted primarily of beige, blue, red, brown and black. The oldest colour that was used in traditional batik was blue, which was made from the leaves of the Indigo plant.

1. Outlining and waxing - In a hand batik, the intricate patterns are first outlined using graphite or charcoal. This is then waxed using the canting, also referred to as tuli. Later when caps came into being, the motifs were drawn using these blocks. The accuracy of the waxing process is important, because it determines the final product and its value. Because the wax solidifies fast, getting rid of it from an unwanted area is difficult. It requires patience. 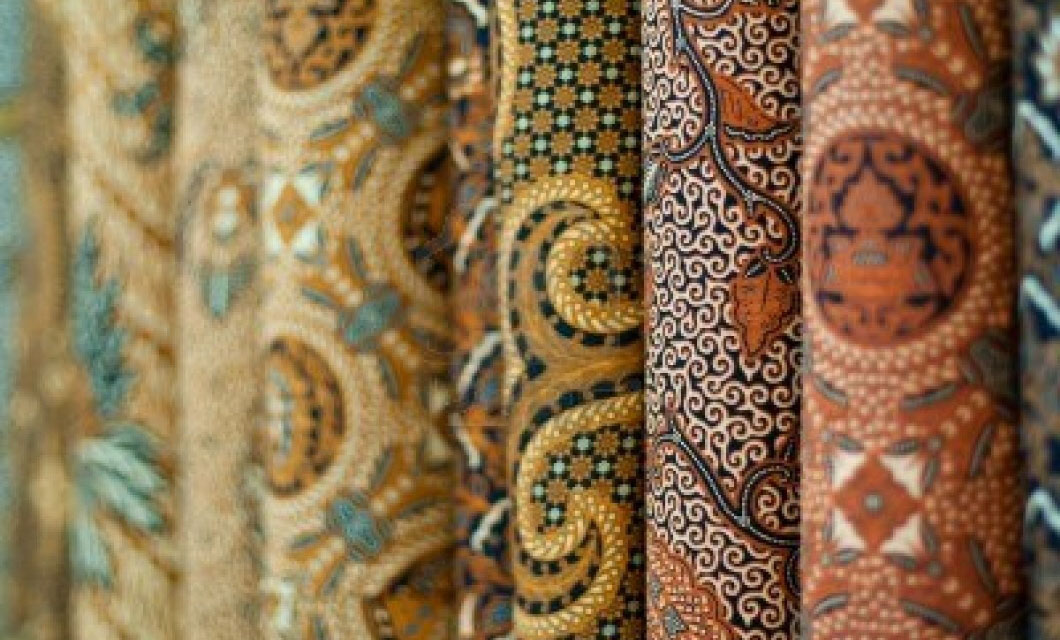 2. Dyeing – the waxed fabric is dipped in a dye, and then dried to get the desired colour. This is followed by immersing in boiling water to get rid of the wax. The process can be repeated depending on the number of colours one wants on the fabric. The number of colours in batik represents how many times it was immersed in the dye bath and how many times wax had to be applied and removed, and consequently affects the price. For the beautiful marble effect, the wax is intentionally cracked before being dipped in the dye. The dye seeps into the tiny cracks that create the fine lines that are characteristic of batik.

Batik is not just an industry in Indonesia, it’s a culture, an indispensable part of their existence. Batiks are therefore integral to rituals, traditions and celebrations. Each occasion has a different batik, that is characterized by its symbolic motifs. Infants are carried in batik slings designed to bring luck while the dead are covered in “funerary batik”. Pregnant women are wrapped in seven batik fabrics and batiks hold a sacred place in marriage.

There are a few motifs that are handed down through generations, and they encompass a surprising variety of cultures. There’s Arabic calligraphy, whereas the Sawa is a representation of the bird garur – a Hindu symbol. Many of these patterns are inspired by nature like the Parang which was supposedly inspired by the rugged rocks. Similarly Kawung with its four cornered patterns was a representation of palm trees. Sekar Jagad, a batik motif of the Java region, is considered holy for marriages. Truntum is another motif is worn by the parents of brides and grooms in Java. It has an interesting story about its origin of how a queen heartbroken over the king’s infidelity looked at the dark sky that reflected her heart and imitated that on fabric through batik. The king’s love for her was rekindled thus making the motif a symbol for renewed love. Keraton batik motifs were created by the princesses of the Yogya palace, and its royal status meant that the commoners were barred from wearing them. Kawung and Parang were also exclusive and representative of royal status. Jepara and Tasik are other examples of traditional motifs. The motifs are entwined with the history, culture and folklore of the country.

Today the motifs, the colour and fabrics are customised, as per demand. Now batik is not restricted to cotton and silk alone, it’s done on rayon and other such materials. Likewise, batiks have risen from sarongs on which it was originally done, to other attires and home furnishings.

The beautiful end products of batik that we hold in our hands, do not speak of the sweat of the artisans who produce it. The sheer patience of the strenuous work, the hot molten wax the artisans handle, their meticulous designs, the repeated dying and the stories of the motifs are all veiled under the batik. These are h class="bodyfont"eoms, passed down generations as a memento of centuries’ old tradition, culture, heritage and blessings. 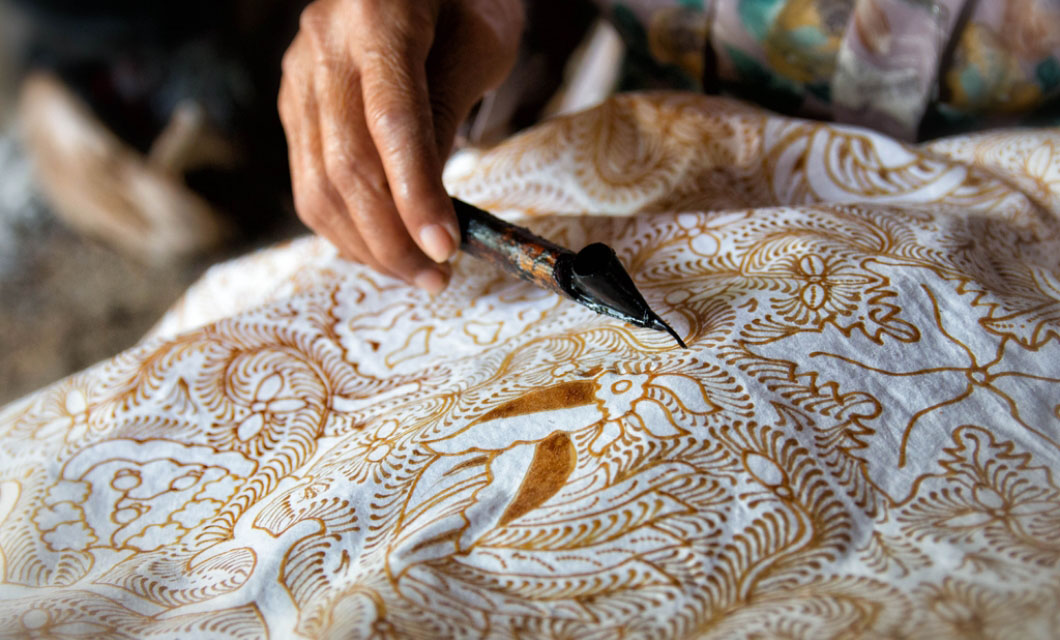