The first day of the Bhopal Pataudi Cup was off to a flying start.


Delhi, India - The Delhi Polo Season opened today with Bhopal-Pataudi Cup. When it debuted in 1996, Bhopal Pataudi Cup already showed promise with the eminent Pataudi family behind its genesis. The Princely Pataudis have a line of illustrious Polo players, starting from Nawab Hamidullah Khan, the last ruler of Bhopal, who was a 9 goal player and once the captain of Bhopal team. The Bhopal Pataudi Cup’s unwavering success as the opening tournament for the Delhi Polo Season is entrenched in the family’s devotion to the legacy of the Sport. The finals of the 8-goal cup will be played on Sunday, 21st October. 9 teams, divided into 3 pools are playing in the Bhopal Pataudi Cup. The first match of the day was played at 1:30 pm. The weather was quite pleasant today. 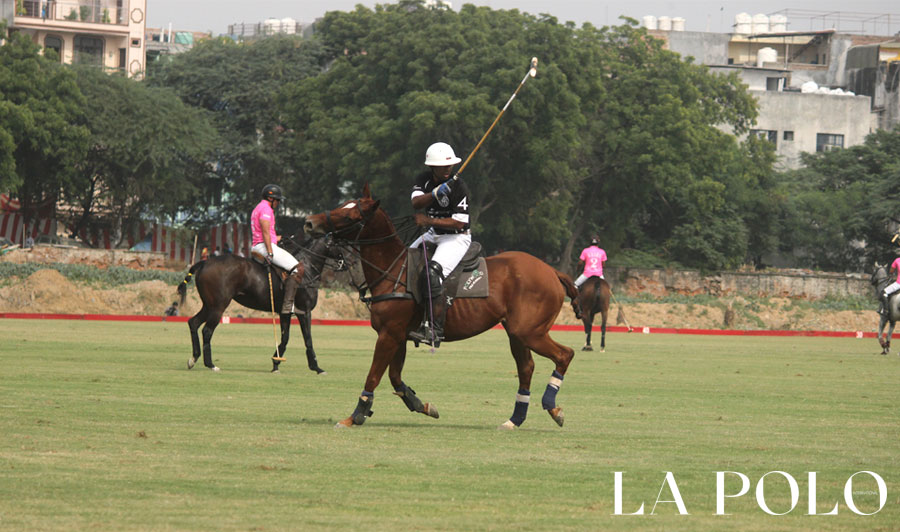 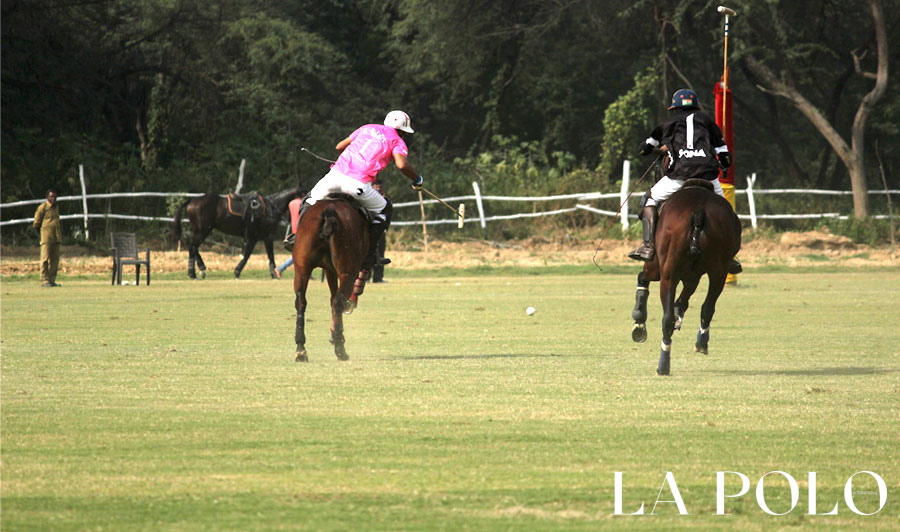 Krishna Inkiya scored one more for World Cup polo team to take the score to 10 – 5.5 but it was late now. Sona Polo team switched to defence and didn’t allow World Cup polo team to score another goal. The match ended with Sona Polo team’s victory by 11 – 5.5. A great game of Polo was played in the first match of the Bhopal Pataudi Cup. It was a perfect game to kick start the cup in style.

The match took unpredictable turns throughout, starting off with Aravali Polo at 0 while Rajnigandha Achievers at 0.5. The first score was shot by Manolo Llorente(+6) through Penalty 30. The 1st chukker saw a taut action on the ground from both the ends, ending this chukker at 1-0.5

The second chukker was splendidly opened by Manalo who scored two goals during the chukker making the score 3-0.5 at the end, giving Aravali Polo team a lead in the match. 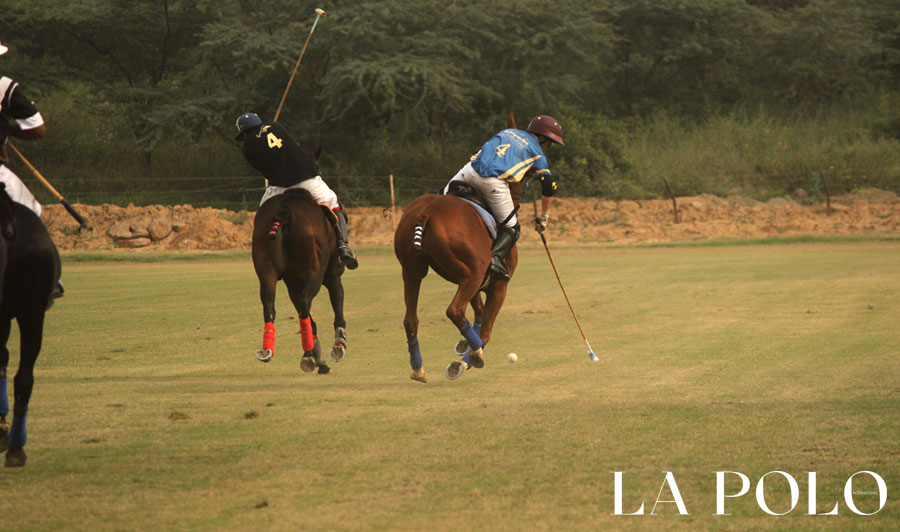 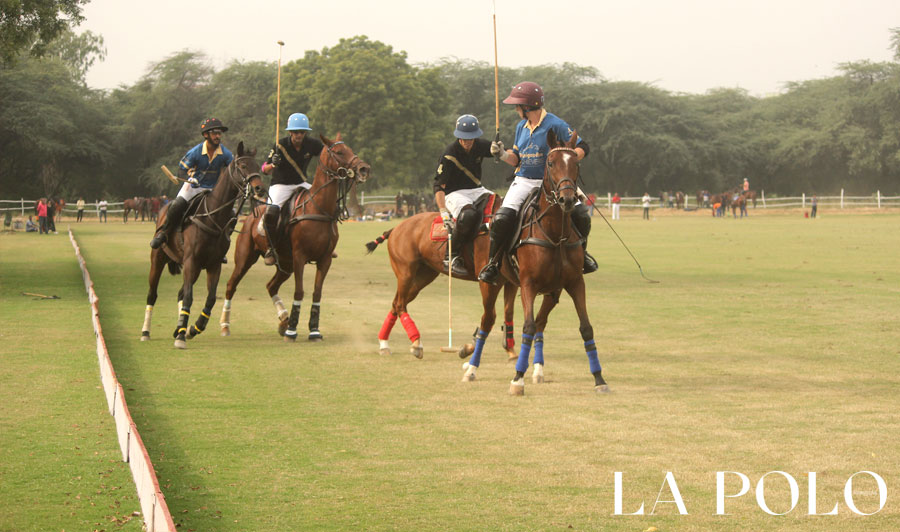 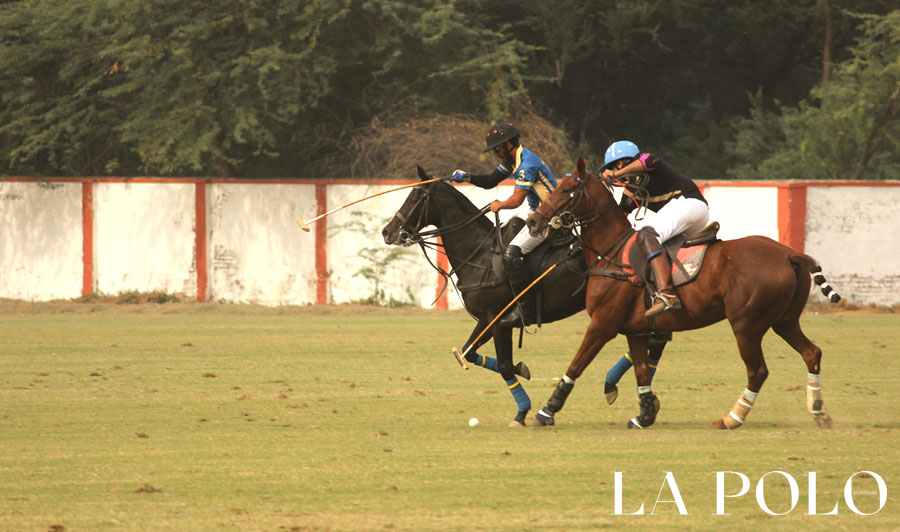 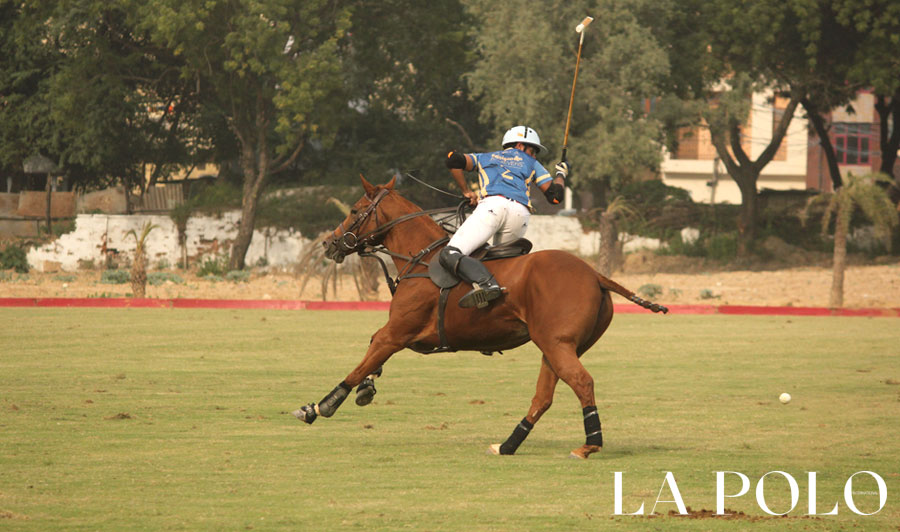 After the interval, the third chukker began, where Matthew Philip Perry took a Penalty 60 shot in full swing making the score to 3-1.5. The third chukker continued and Raghav Rao stroked another goal for Rajnigandha Achievers. The score at the end of third chukker then was 3-2.5.

The last chukker of the match came in as a surprise wherein the tables turned completely. The chukker although started off with Manalo Llorente scoring a goal for Aravali Polo team, but was followed by a goal of Matthew Philip Perry which made the score to 4-3.5. In the wrapping seconds of the match, Sep Ravindra Mang made the final score making it a winning score for Rajnigandha Achievers at 4-4.5.
Jindal Panthers win their first match of the cup
The third match of the day took place today at the Jaipur Polo Ground between Jindal Panther and LA Pegasus Polo Knights. Jindal Panther Polo team had Mr. Subham Gupta (-2), Mr. Tom Brodie (+4), Mr. Simran Singh Shergill (+6) and Kartikey Singh (0) playing for them. LA Pegasus polo Knights constituted of Mr. Ranshay Purohit (-2), Mr. Pratap Singh Kanota (+2), Mr CDR Akhil Sirohi (+3) and Mr. Dhruvpal Godara (+5). The match started at 4:00 pm and the umpires of the match were Mr Matthew Perry and Mr Abhimanyu Pathak. Both the teams played with a total of +8 handicap.

The match was quite thrilling and took unexpected turns throughout the second half. Tom Brodie opened the scoring for Jindal Panthers by scoring the first goal of the match. Dhruvpal Godara replied back with a goal to level the scores at 1 – 1. Simran Singh Shergill scored two goals to help Jindal Panthers end the first chukker on a score of 3 – 1.

Dhruvpal Godara and Pratap Singh Kanota scored two goals in the second chukker to level back the scores. The score was 3 – 3 when Simran Singh Shergill scored a goal to take the lead. Tom Brodie extended Jindal Panthers Polo team’s lead by 5 – 3. Dhruvpal Godara scored one in the closing minutes of the first half. The first half ended on a score of 5 – 4 with Jindal Panthers in the lead. 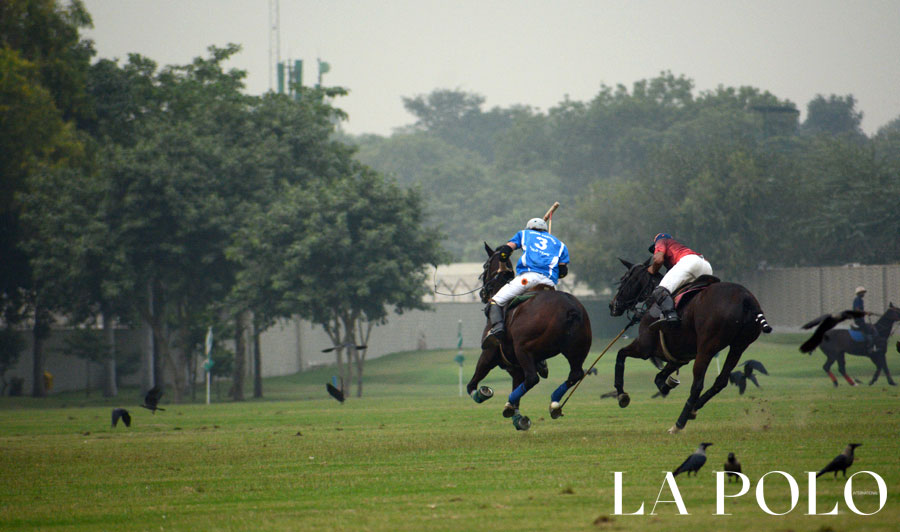 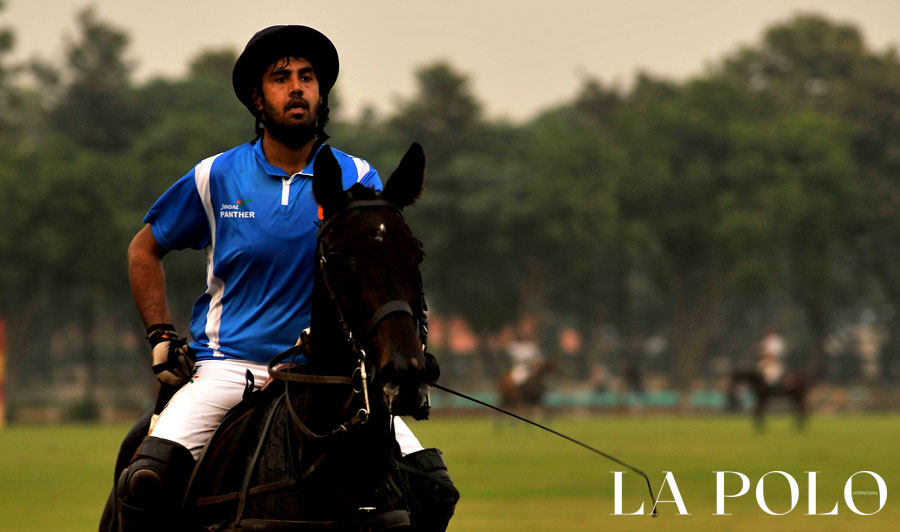 Dhruvpal Godara scored two goals to take the score to 9 – 7. Akhil Sirohi scored one more for LA Pegasus Polo Knights and the score was 9 – 8. LA Pegasus turned the tables completely in the fourth chukker but they fell short by 1-goal to level with Jindal panthers. Jindal Panthers won the match by 9 – 8.

1.DAY 2 - TAUT BATTLES ON THE SECOND DAY OF THE BHOPAL- PATAUDI CUP 2018
2.DAY 3 - A CLOSE VICTORY FOR RAJNIGANDHA ACHIEVERS ON DAY 3 OF BHOPAL PATAUDI CUP
Next