There stands no better way to pay tribute to a polo pony then to have its stature installed at the field it played and stayed for life. In conversation with Rajesh Sahgal, LA POLO finds out the tale behind the black marble horse, the statue that was uncovered at the Rambagh Polo Club, Jaipur recently by Mrs. Deepshikha Sahgal and Sawai Padmanabh Singh. 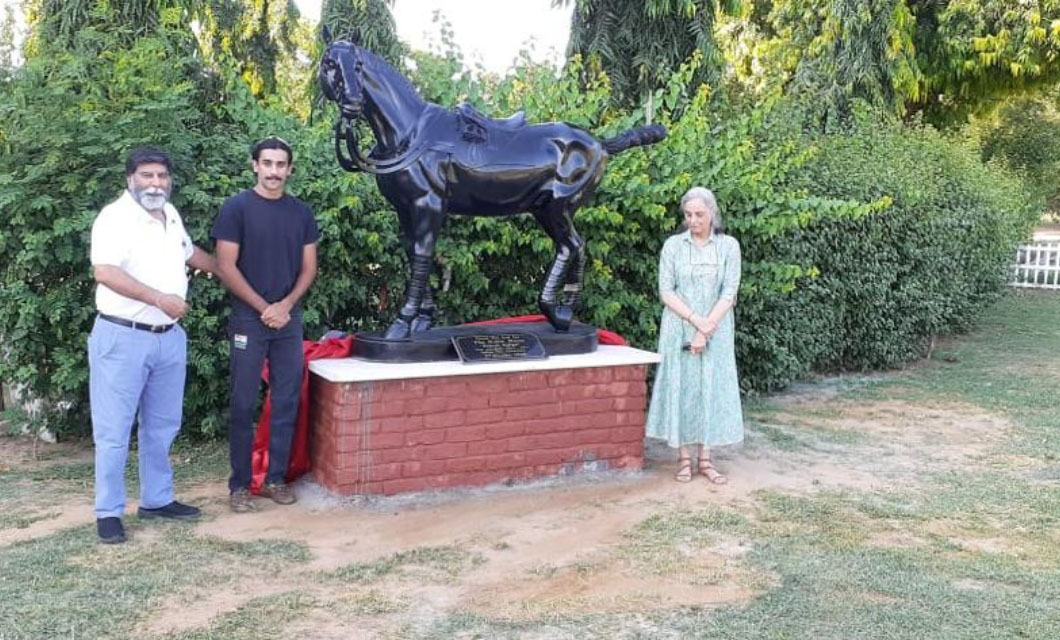 In conversation with Rajesh Sahgal, LA POLO asked him the reason for choosing the color black for the installation of the horse statue. Enlightening us on the same, he preached, “The Black Horse Statue is special for various reasons.” One of the reasons sure was that the balck marble is made out of one solid block of black marble. Sahgal added, “It symbolises, a great looking Polo Pony fully saddled up to take on to the ground.” 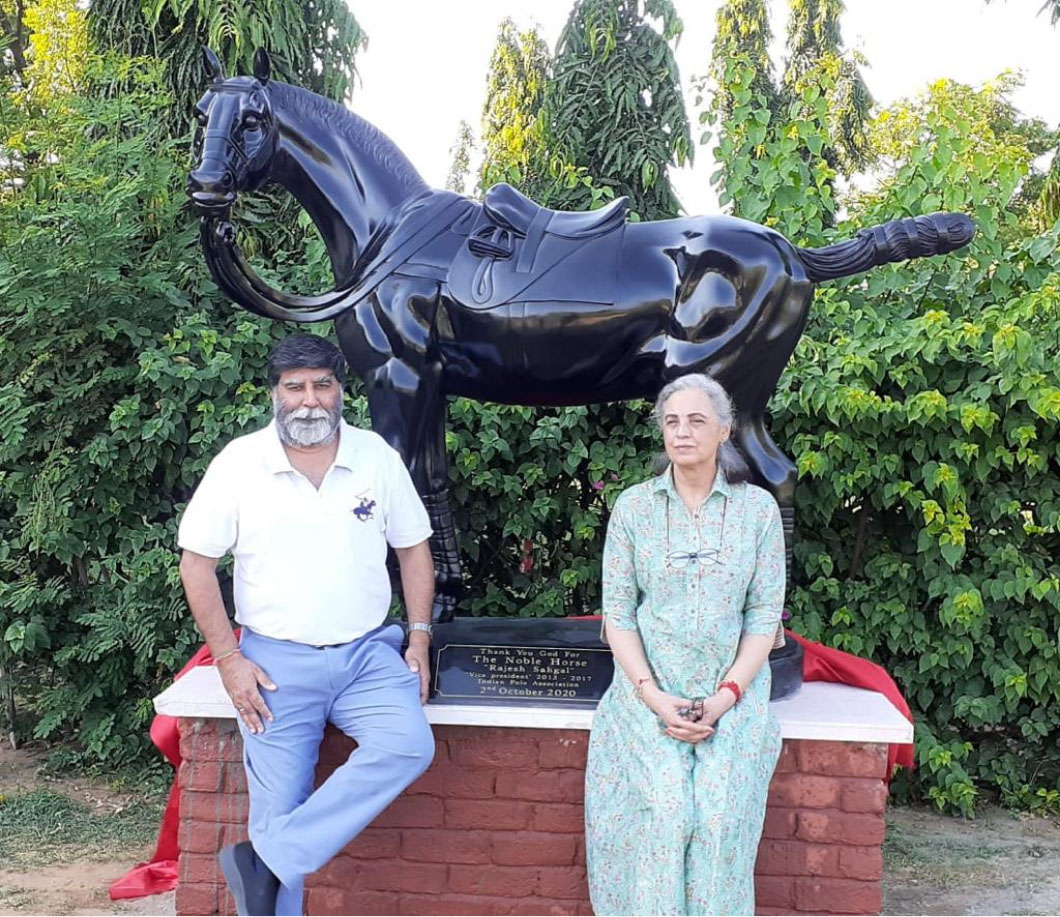 Talking in depth about the significance of color black, Rajesh Sahgal told LA POLO: “ Some of the top Polo Ponies that I’ve owned in my span of playing for 42 years have been jet black horses namely Trapper, Roman in instant.” This in a way was his small gesture to pay tribute to all of his amazing polo ponies. And it’s not the first time that Rajesh Sahgal has done so. He has had polo statues installed at various polo clubs. Sharing that part of the story, he said: “I’ve presented various statues to different Polo Grounds in the country. Primarily it’s a small humble contribution of mine to the horse, it’s a salutation, tribute, respect and love for this noble one who has given us so much pleasure through this sport.” Sahgal further added: “We’ve had great Polo Players 10 Goals and such, for me the greatest contributor to this sport is the horse and horse alone. So my heartfelt feelings of emotions, salutations, respect and care. By my presentation of horse sculptures at most polo venues, I wish to salute the horse. As all the lines say -Thank you God for the Noble Horse.” 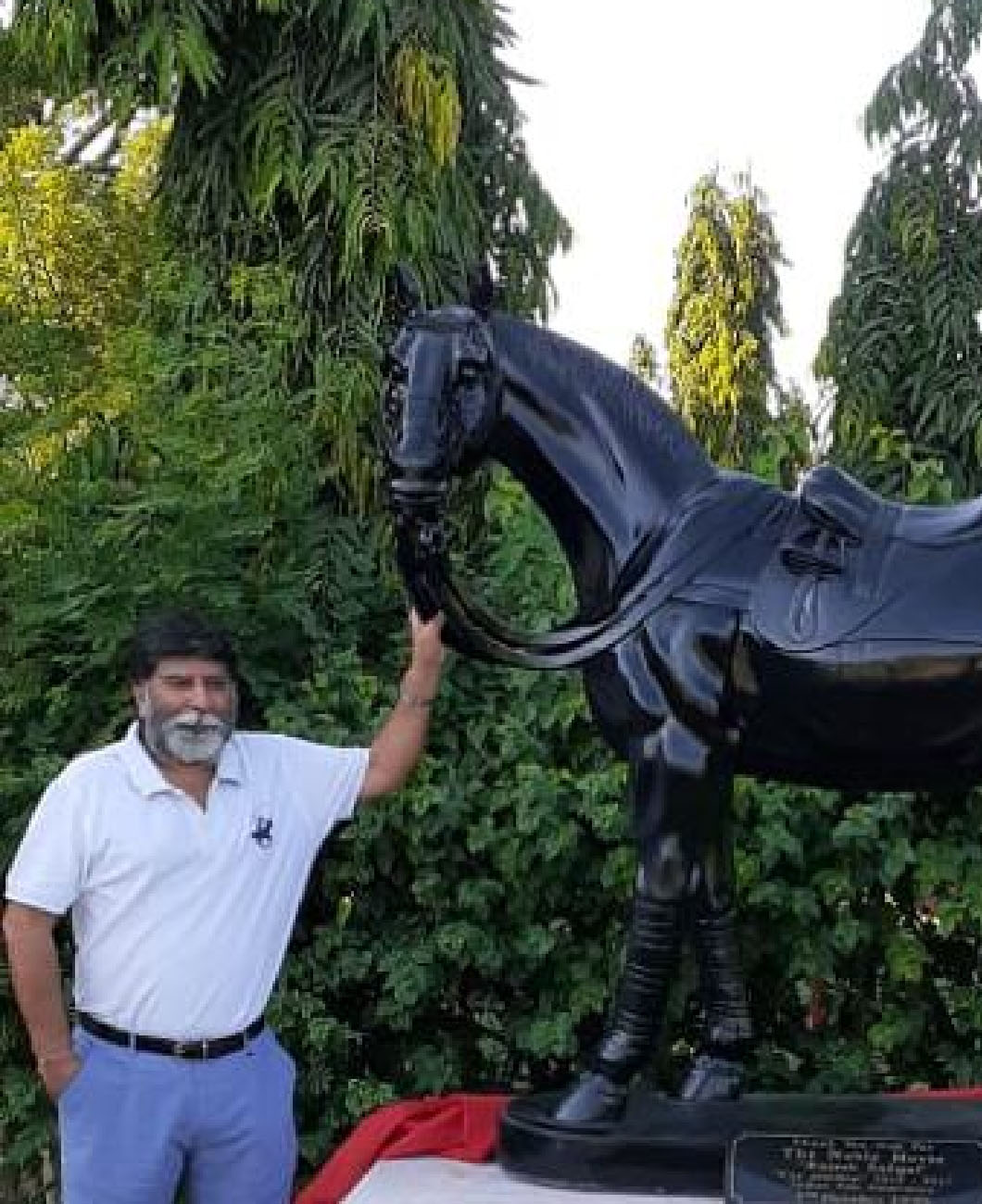 Coming back to the beauty of the Black Horse, we asked Rajesh Sahgal about the kind of crafting and sculpting process that went behind making the statue. Sharing the details with LA POLO, he said: “As regards to the crafting and carving rather creation of this statue, it’s a work of art done by a great sculpture Vijender Sharma, who tirelessly worked on it for nearly 10 months to create this masterpiece. He made sure the looks matched perfectly as I had desired him to create, with the maximum possible details showing on the marble carvings.”

The marble statue was inaugurated by Rajesh Sahgal's wife, Mrs Deepshikha Sahgal, who is fondly known as Dee among the polo fraternity, family and friends along with Sawai Padmanabh Singh. When we asked Rajesh Sahgal to throw some light on the proceedings of the event, he shared: “My wife Deepshikha best known as Dee in the Polo circles has been a part of my Polo Journey for many years even before we were married. She’s been a part of all the games and horses that I own. She’s been taking videos of all the games played by me and my son Gaurav, she’s now a pro at that. The 1st of October my son turned 30, we were both there to be with him. On the 1st morning itself when I was on my morning walk at Rambagh Ground I kept standing and watching the Ground and felt very nostalgic. There I decided to call up the young Pacho and told him I was ready to make the presentation straight away, to which he was most gracious in thanking me. He knew I had had this made for the Rambagh Polo Club, sure enough I put my team at work overnight and had the statue installed by midday on the 2nd of October. After a Polo Match we had a small Unveiling Ceremony by Pacho and my wife Dee , now you have the horse at Rambagh Ground with all our love.”