From Bombay To Mumbai

What do you think why did the name of India’s financial capital changed?


Body: Portuguese in 1534 captured Bombay and back then they called it ‘Bom’ ‘Bahia’, meaning ‘the good bay’. Bom Bahia kept growing, and over the time when it was famously passed to the British in the form of dowry after the Portuguese princess was married to an English Prince. It was then named ‘Bombay’ for their incapability to say Bom Bahia.

Later, in 1955, the city got renamed as Mumbai after the Mumbadevi Temple.

But, we want you to tell what you feel about the renaming of the city and is it still Bombay in your heart?

Tell us, WHY DID THE CITY ACTUALLY GOT RENAMED?
Send us your answers and views
Or simply mail us at
editorial@lapolo.in 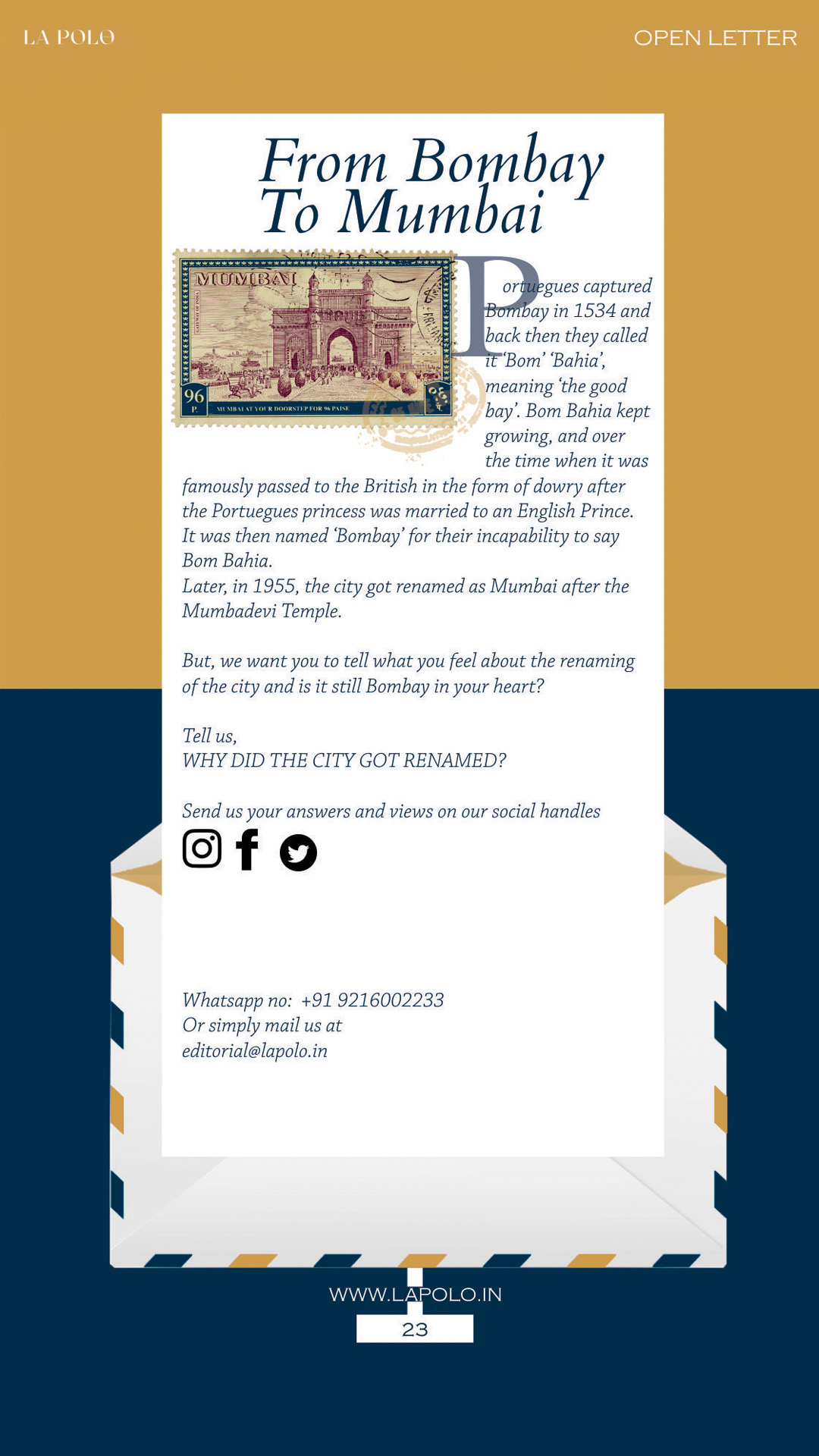