Controlling the horse has been considered a manly task. With women entering equine sports, and the need for bonding with the horse, many notions are changing


The gallant rider and the majestic equine who has been tamed through training and devotion are the glory of equestrian sports, yet the image invoked is of a warrior-man and his horse. Equestrian sports remain among the few non-gendered forms of play but the image of a man and his horse runs deep into the psyche. At the same time, the traditional notion of practices “normally” done by women and “normally” done by men are being questioned, to break gender stereotyping.

Dr. Jihene Mrabet, a skillful clinical psychologist, says that as humans we are made of masculine and feminine elements and that’s how we engage as years pass by. Taking the Freudian stance, she says the ingrained idea is that masculinity means aggressiveness while femininity is about passivity and softness, which if challenged could create anti-feminine characteristics such as losing out on maternal gentleness. From an ethical stance, Kutte Jonsson produced an argument uncovering the detrimental views of masculinity impacting equestrian sports, by explaining “within the institution of sports as a whole there are certain normative relations: rivalry and pyramid of men and marginalization or control of women” (Sport Studies Journal). 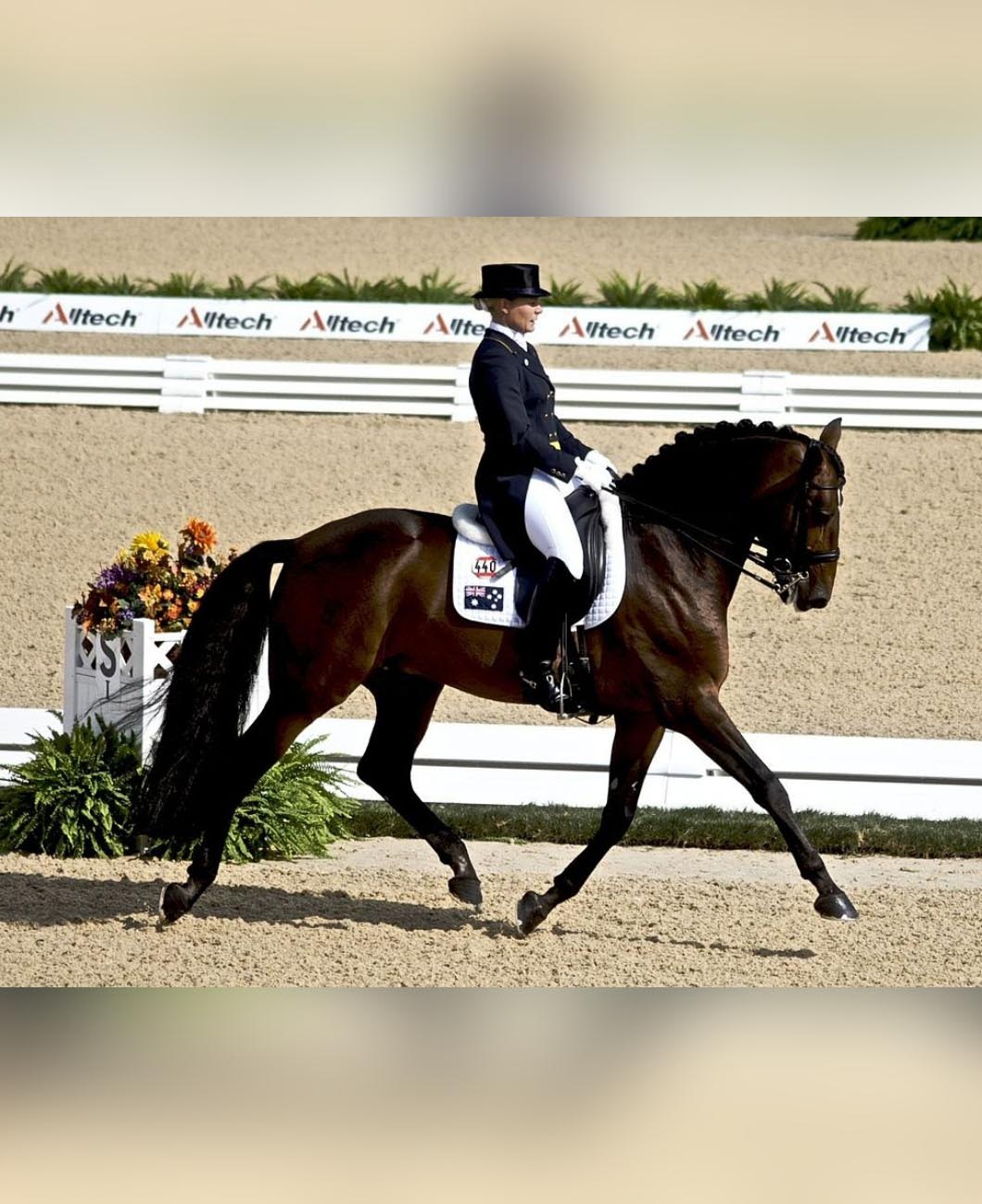 
Thus, the idea of male expertise becomes an internalized belief of superiority. Dr. Leslie Vandeputte, a cultural anthropologist, sociolinguist and member of the Association for Social Anthropology in Oceania, states that the idea of bravery, courage and nobility are usually attached to this image of men on horses. Dr Jihene adds that even religious texts like Islam define the beauty of the horse in a way tantamount to its capacity to be a perfect help for the male warrior in battle. She points out that psychologically men riding horses have been popular even in fairy tales, historical accounts and movies. In fact, the involvement of women in sports is because they find freedom and self-realization, as they might not have traditionally “feminine” interests or may want to break away from prejudice. 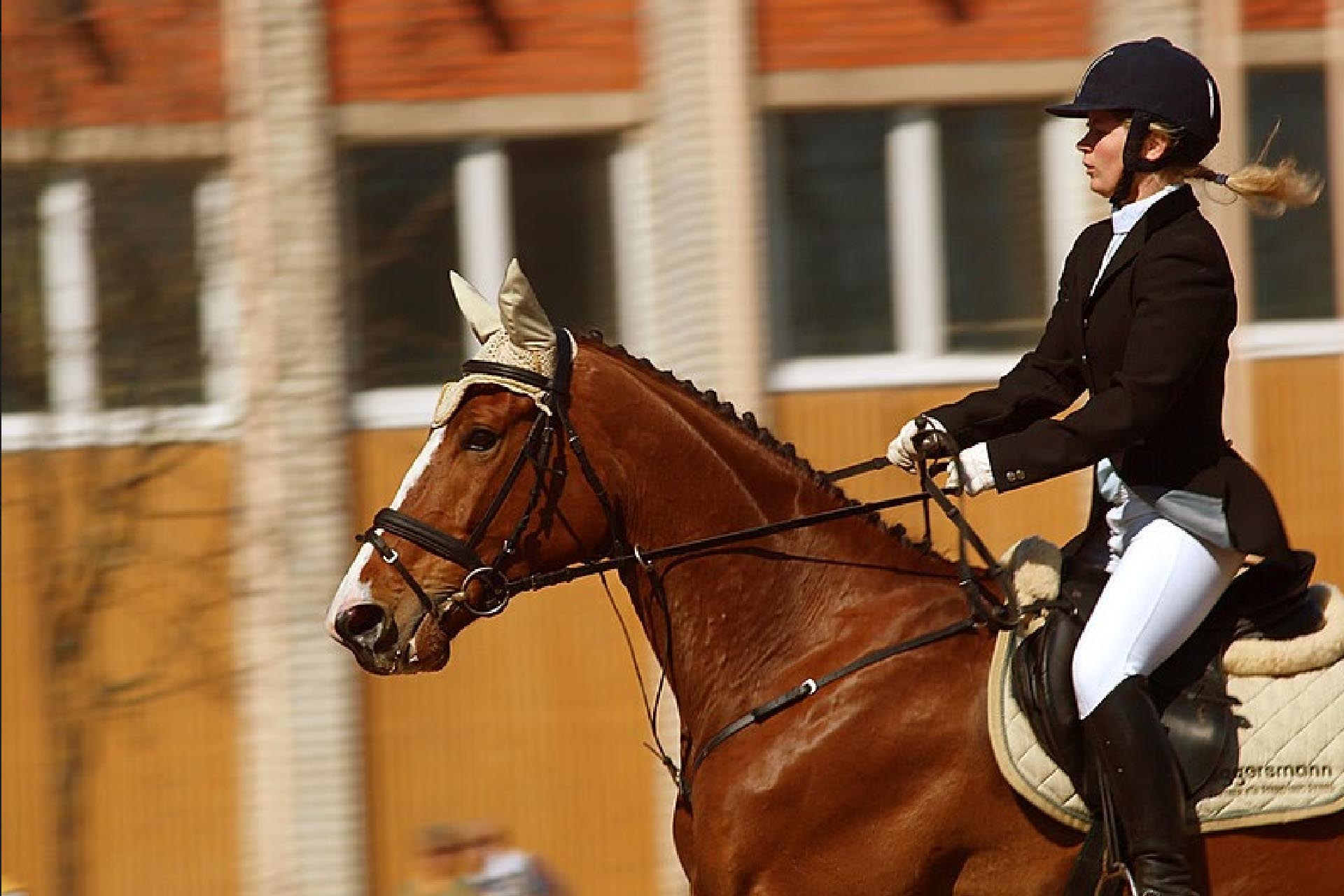 
Dr Leslie concurs with the perception of traditional femininity being attached to kindness, compliance, softness, elegance and sophistication while sports has stereotypical notions of masculine features like aggressiveness and strength. Subsequently, the construct of sports, even in equine sports, is still bifurcated as being inherently “masculine”. She states that this dichotomy is evident in the media portrayal of polo as the focus is on the men, while dressage and jumping were showcased as gender-neutral. Dr Leslie says that female athletes are considered invisible in the broader media, they are awarded lesser financial investments and even machinery like treadmills were designed with the basic blueprint of the male physiological metabolism. Asang La, a missiologist and anthropologist, points out that about three-fourths of the global polo players are women, yet men take scalable pay, promotions and even better positions. 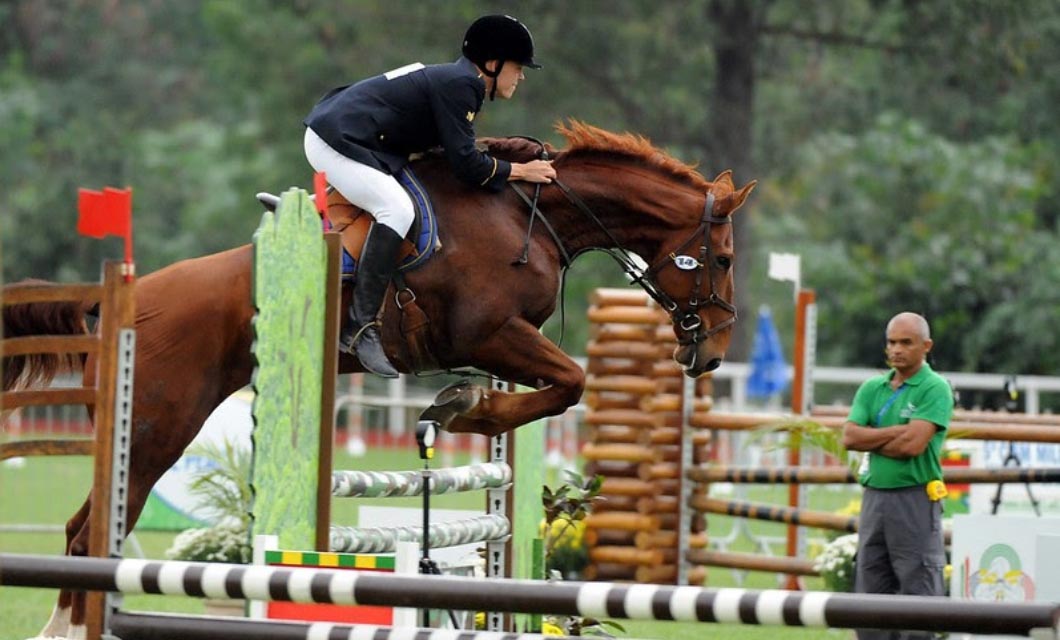 
Since the dawn of mankind, controlling one’s environment has been considered a dominating task, involving hunting, breeding and winning animals. Ingrid Lalk, in an article, states that the participation of women in sports since their youth has been propagated as a “non-girly” notion which affects their mental health for the rest of their life. With more participation, they usually end up self-objectifying, body-shaming, self-surveying and in some extremes, even end up with eating disorders (Sports and Recreation Management). This has encouraged girls to participate for social reasons more than athletics. Dr Jihene states that women in the past practiced sports and equestrianism bearing in mind the charm and magnetism of the male gaze rather than the competitive element of it. That lens is now changing. Dr Leslie says this is a depiction of the female/athlete paradox (Krane et. al., 2004) wherein women have to find a way to hear the unconstructive societal comments about performing masculine sports while maintaining “feminine” softness in their social life. It is no surprise that in a broad sense, notions of ruggedness, bravado and tactfulness learnt from sports are considered “masculine”. 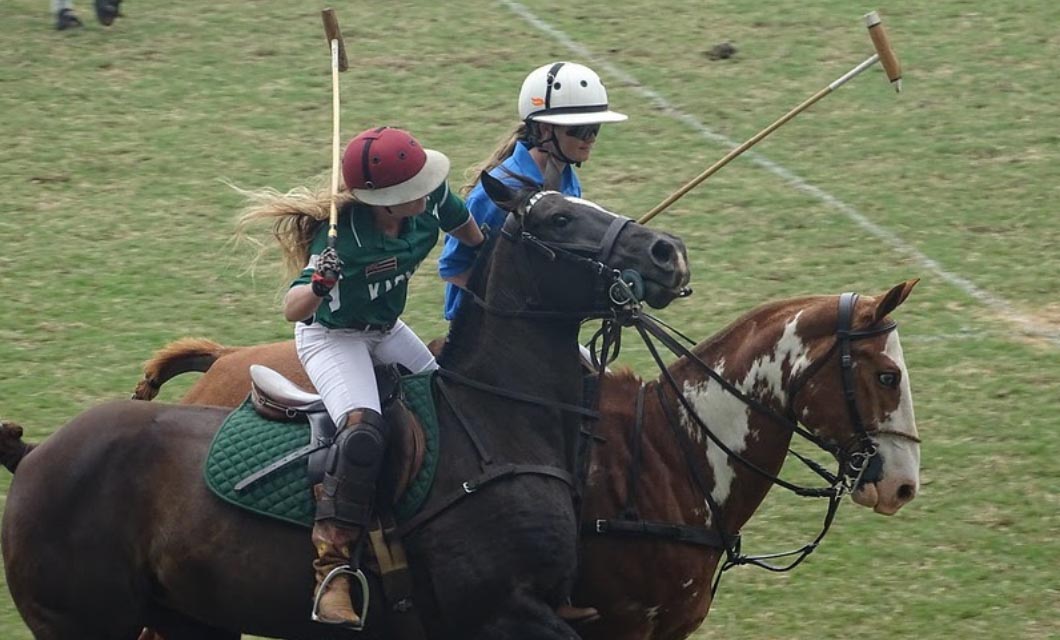 
Furthermore, the construct of gender related practices is now shifting towards non-binary ideas where people are finding the grey area between male and female notions. Dr Leslie states that the ideas of manhood are intrinsically perpetrating the male philosophy for generations that men do not allow themselves to enjoy something because they are afraid of the reaction of their peers. Ayesha Wadhwa writes in a Forbes opinion piece that attributes like empathy and care linked with the “feminine” oxytocin hormone are receiving more importance worldwide than the “masculine” testosterone driven egocentric behavior. Additionally, the impact of the global pop culture deconstructs philosophies about masculine traits and has helped men adopt their sensitivity while women adopt their unapologetic side in a manner that isn’t twofold. 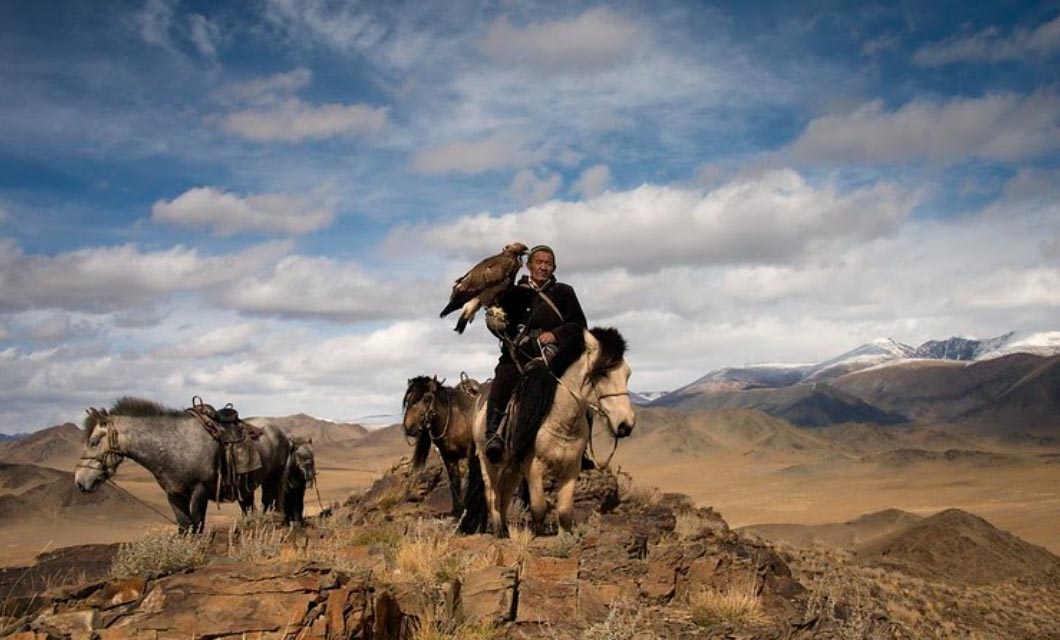 
Dr Leslie says that now women are taking hold of the narrative and are placing their feet on the ground rather than shying away to assert themselves. With more education and opening up of sports, the non-gendered nature of polo is finally gaining prominence.

It isn’t uncommon to find athletes stating their fathers, brothers or uncles found common ground with their children through sports rather than anything else. However, the world is now breaking away from these patterns and adopting a de-segregated approach. Which is why the existence of women in equestrian sports has been portrayed as an extension of their caring and nurturing nature. Moreover, through the advent of etho-psychology Dr Jihene states a spotlight is shed on understanding the horse’s emotions, mental health and needs in osmosis with the human half which she says is primordial for the success in equestrianism. 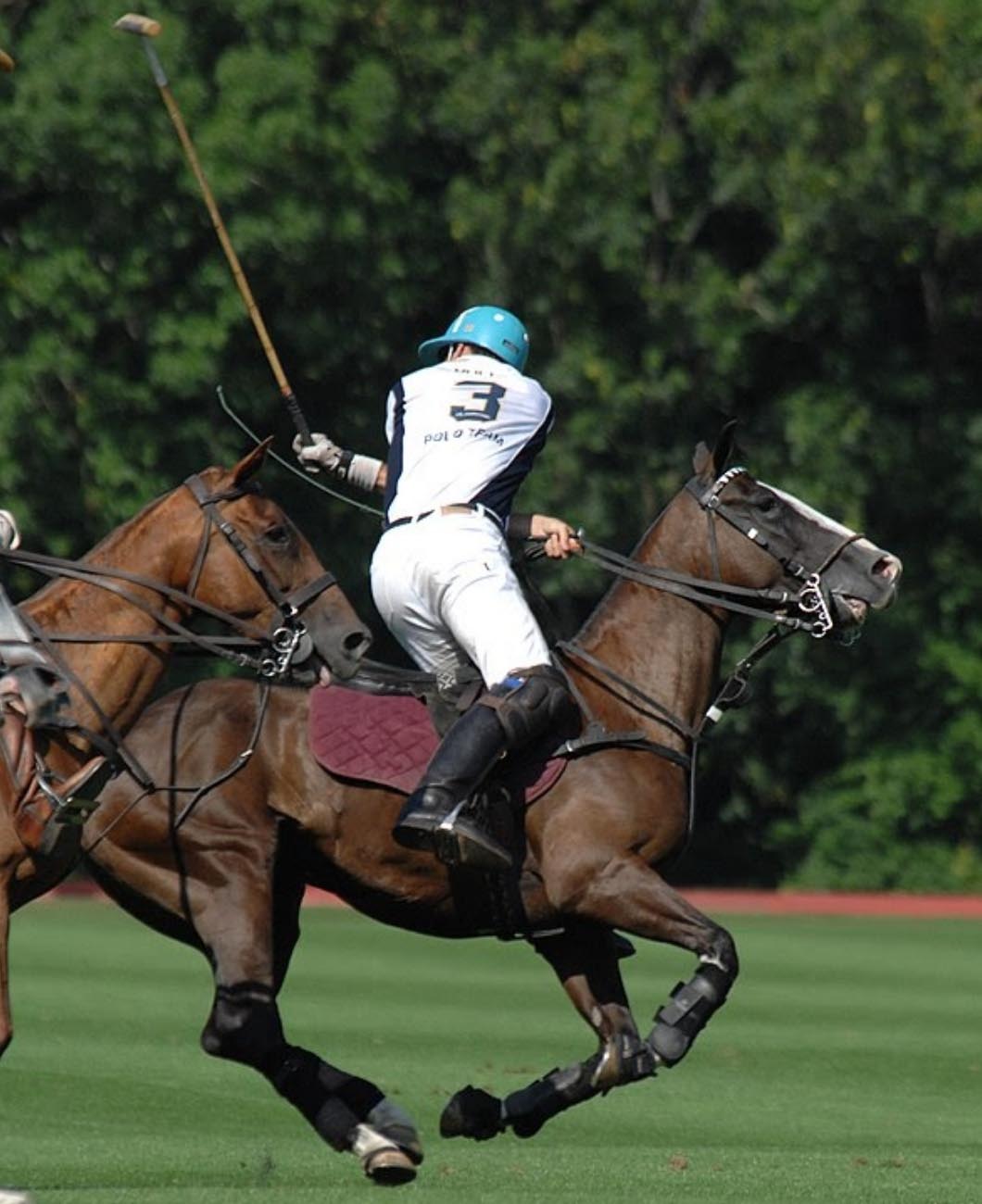 
Equestrian sportsmanship is a partnership between the horse and the rider. Asang La states: “I believe men are mostly seen as macho, uncaring, and dominating the animal they come in contact with. This implies the traditional, macho, heterosexual masculinity but with softer gender norms we can see things changing.” From a psychological point of view Dr Jihene states that with femininity being explored, men are also questioning these norms.

Although breaking down the belief that sportsman attributes are masculine constructs will still take time, the equestrian sport industry is depicting the relationship of the horse and rider as emotional rather than subject-like. The growing involvement of women, worldwide, the recognition of equine sports beyond the vicious history of wars and the changing outlook on normal male behaviours are slowly transforming the opinion about men and horses with a swifter acceptance of “softer” manners in equine sports, yet it’s a long way to go.