Bringing in luxury and exclusivity


Bringing in luxury and exclusivity

Ad gurus frequently use animals to promote brand values. A horse, in an advertisement, is a mark of reliability, trust and power.


Horses, emblems of poise, mystique and royalty, are the second-most used animal in the advertising industry. With their majestic demeanour, galloping across the screen, they are able to capture the viewer's attention. The internet has transformed in seismic ways over the recent years, and with change, comes an array of opportunities. The use of animals in the advertising industry consequently became one of the industry's most impactful tactics. A horse’s persona is all about reaching to the final, being the star player, and delivering the best quality.

Many marketers select animals that represent the values/image of the brand. Advertising makes use of the human-animal emotional bond to augment myriad affiliations with brands. Research has established that brand identity is just one of the rationales behind advertisers using animals to promote their products. Consumers are naturally attracted to brands having animals. Furthermore, most people feel happy and content seeing animals on their TVs, phones and laptops. They form affectionate and emotional attachments to animals in the advertisements and thus with the brands featuring those animals. Brand loyalty and commitment are increased by this bond formed between the consumers and the brand. 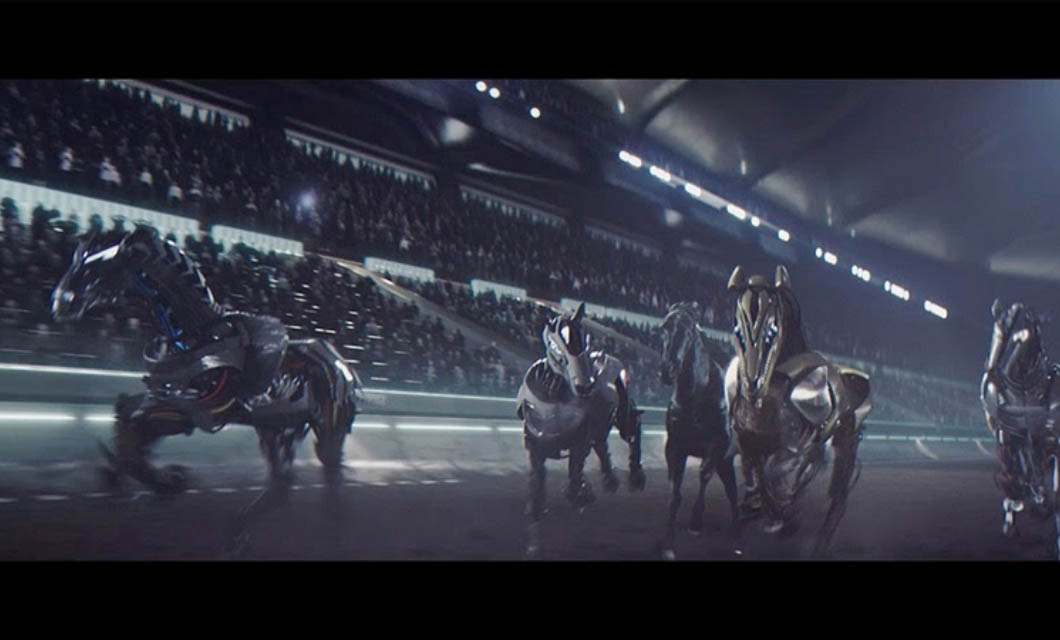 Making an emotional connection with your audience necessitates you to relate to them, often on a personal level. The biophilia hypothesis suggests that humans are genetically sensitized to attend to and be immediately drawn towards other living beings such as animals. Marketing officials can make use of this attraction for animals to lure consumers into purchasing products/services that they promote. They hold the assertion that using animals in advertisements enhances sales revenue by eliciting positive emotions. It is a popular assertion that they provide subliminal stimulation, a kind of subconscious incitement which is known to cause sensory stimuli without a person's conscious perception thereby forging a bond of trust and appreciation Marketing is the most powerful tool that businesses have at hand and to use it with utter dexterity and caution is crucial. It is pertinent to mention that the use of animals as marketing tools is not a recent development. Leo Burnett, a well-known and accomplished adman, is known to be the mastermind behind using animals in advertisements. 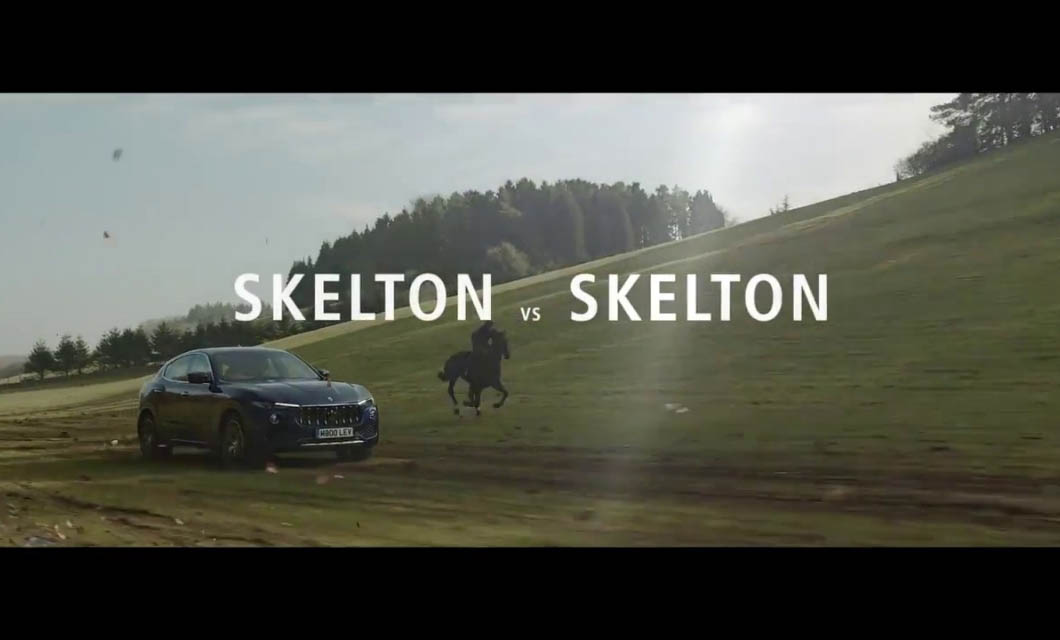 Advertisements using animals boost sales by sparking positive emotions. Animal mannerisms can reflect product/service characteristics as well as human personality traits. In order to reach specific viewers, marketing professionals use this link between the nature of animals and human personality traits. The pairing of the right animal to the product will have repercussions, both good or bad, for the future sales of the product/service. Incongruent pairs between animal and human could cause product/service sales to decrease; hence, it is preeminent to use the right animal with the right brand.

Horses are royal. They are the true embodiment of power, freedom, endurance and triumph. This stalwart animal served as a friend to humankind in both good times and bad, during times of leisure and war and is considered emblematic of justice. The Celts worshipped horses as a deity and a symbol of the Sun. Animals are interpreted differently according to the cultural schema, however, a horse's virtuosity remains consistent across cultures. More often than not, they are interpreted as creatures meant for, and restricted to the wealthy. A couple of reasons can be attributed for this psyche, one being the costs incurred with keeping and raising a horse. Historically, only the rich and powerful could afford to keep them since they had access to the best food, outstanding barns at their disposal and servants to maintain them and farmlands to keep them. Naturally, people are bound to associate the animal with speed, courage, privilege, wealth, class, elegance and exclusivity, just the same way we associate dogs with loyalty and affection. It is safe to assume that luxury brands, sports brands and possibly automobile industries amongst others are the right pick for this majestic creature. An ensemble of stallions galloping with synchronicity will surely make anyone do a double take and reach out to see more. It is natural to immediately recall the French Camargue's trademark — a herd of white horses free to roam the region's vast marshes — and the emergence of a typical mood (a feeling of freedom, untamed individuality, authenticity, etc.). It is a popular appeal, and it is seen quite frequently with horses. 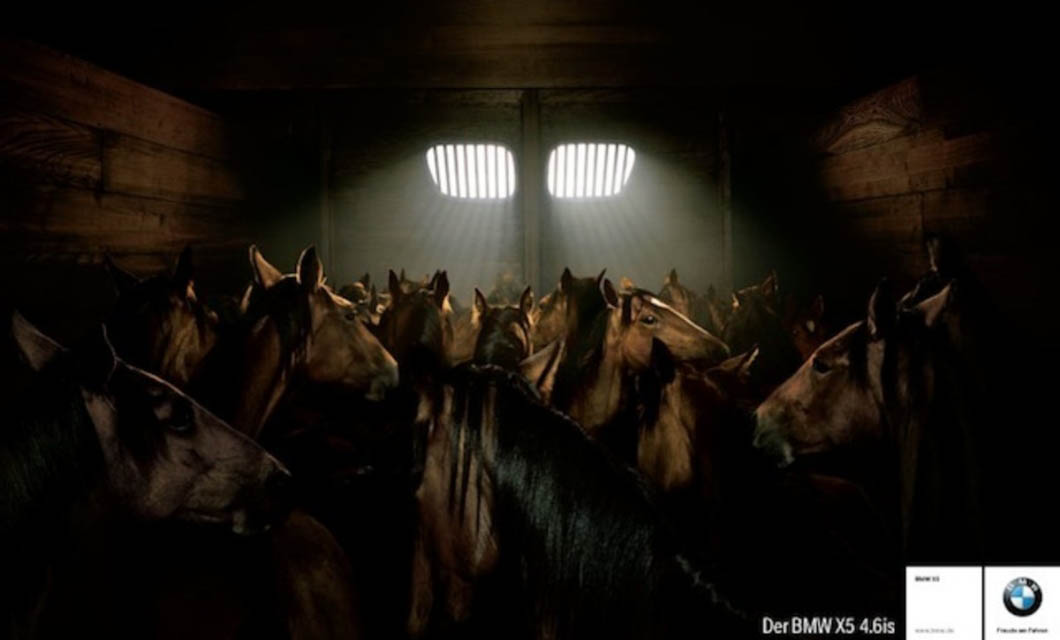 Employing horses increases the costs incurred in the advertisement by a significant amount. However, the returns far outweigh the investment. Marketing professionals advocate for the same and claim that profit increases significantly when animals are included. Irrespective of the cost, it has repeatedly been argued that the profits shoot up when there's an animal in the ad. One such example is Budweiser, which uses horses in their advertisements. They often use Clydesdale horses in their Super Bowl commercials. For Budweiser products, many that use horses, the costs of a 30-second commercial Super Bowl could reach 3.5 to 3.8 million dollars.

Horses bring to life the thirst for poise and exclusivity that the consumers seek and the product ensures. It symbolises quality, elegance and authenticity. So, what can be more lucrative than a horse as a prop in the advertising industry?