Alexander with his legendary horse Bucephalus

Alexander the Great, and his beloved horse Bucephalus, shared a remarkable bond, starting from the first time the leader tamed it.


“What an excellent horse do they lose, for want of address and boldness to manage him!” — Alexander the Great, 356-323 BC, King of Macedon (Seeing Bucephalus being led away as useless) 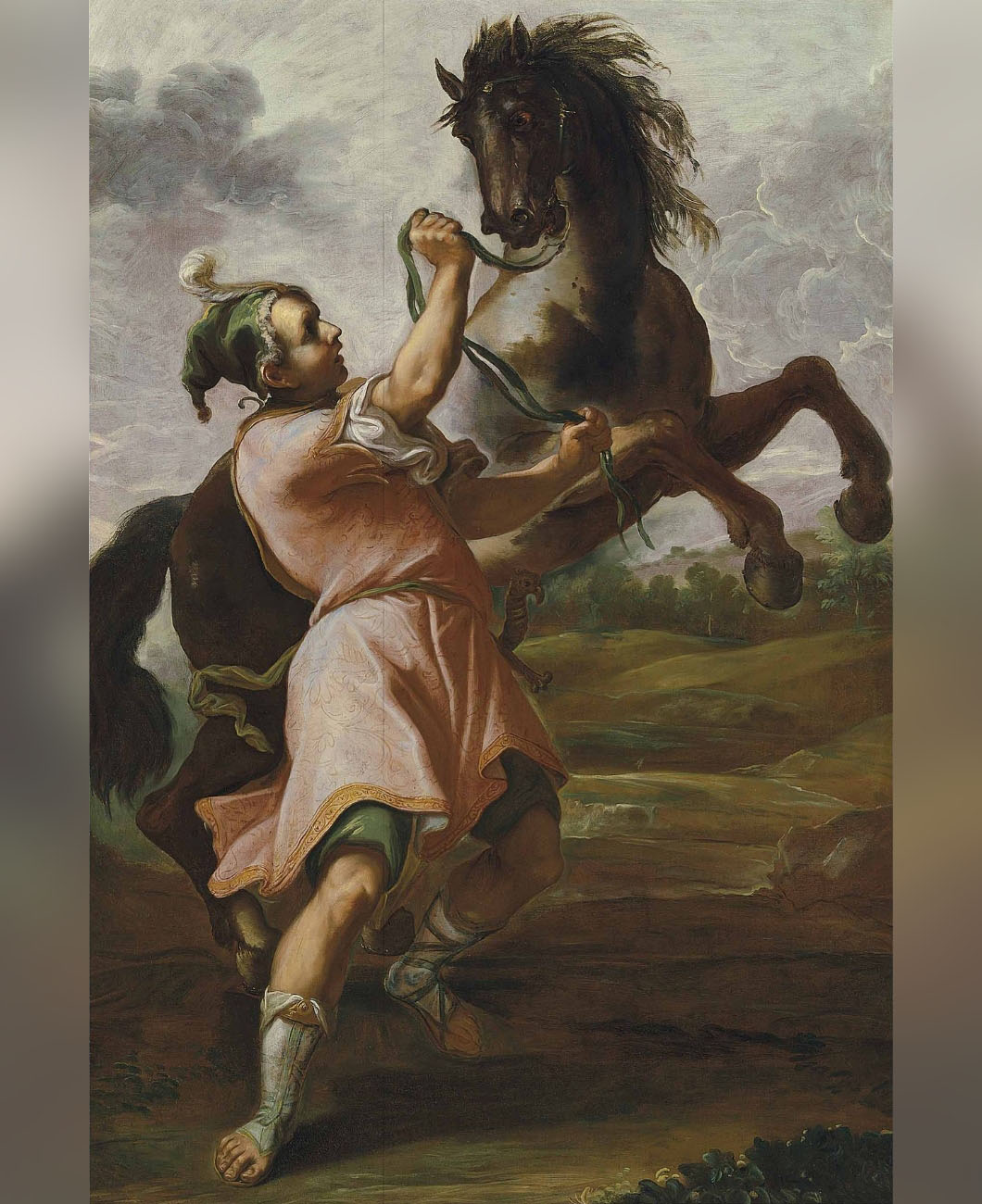 
Alexander the Great was the king of Macedon from 336 until his passing in 323 BCE. He acquired the realm from his father, Philip II of Macedon. His successful military crusades extended the Greek world all the way to north-western India. Bucephalus was bought by King Phillip in 346 BCE at a soaring value. The beautiful black horse stood taller than the ordinary Macedonian steed and was wild and savage. No man could control him. The king bade his servants take him away. “It is a pity to ruin so fine a horse as that,” said Alexander, the king's young son, 12 years’ old. "Those men do not know how to treat him." "Perhaps you can do better than they?" asked his father. "I know," said Alexander, "that if you would only give me leave to try, I could manage this horse better than anyone else." "And if you fail to do so?" asked Philip. "I will pay you the price of the horse," said the curious lad. While everyone was snickering, Alexander approached Bucephalus, and turned his head toward the sun. He had seen that the pony feared his own shadow. He at that point talked delicately to the pony, and tapped him with his hand. When he had calmed him a bit, he made a speedy spring, and jumped upon the pony's back. Everyone expected to see the kid fail. Be that as it may, he kept his place, and let the pony run as fast as he would. Eventually, when Bucephalus was worn out, Alexander got control of him, and rode back to where his father was standing. All men present appreciated the scene, when they saw that the boy had demonstrated himself to be the master of the exquisite horse. He jumped to the ground, and his father ran and kissed him: "O my son, look thee out a kingdom equal to and worthy of thyself, for Macedonia is too little for thee." Subduing of the wild Bucephalus was a defining moment in the young Prince’s life, exhibiting the certainty and assurance he was to show in his conquest of Asia. From that point onward, Alexander and Bucephalus were the best of companions. They were indefatigable; no one but Alexander could ride him, and indeed he did, on each fight, from the victory of the Greek city-states and Thebes through the Battle of Gaugamela and into India. After the annihilation of Darius III, Bucephalus was captured while Alexander was away on excursion. On learning of the mugging, Alexander vowed to fell each tree, lay the wide open to waste, and butcher each occupant in the area, as a consequence of which the horse was returned alongside a request for benevolence. 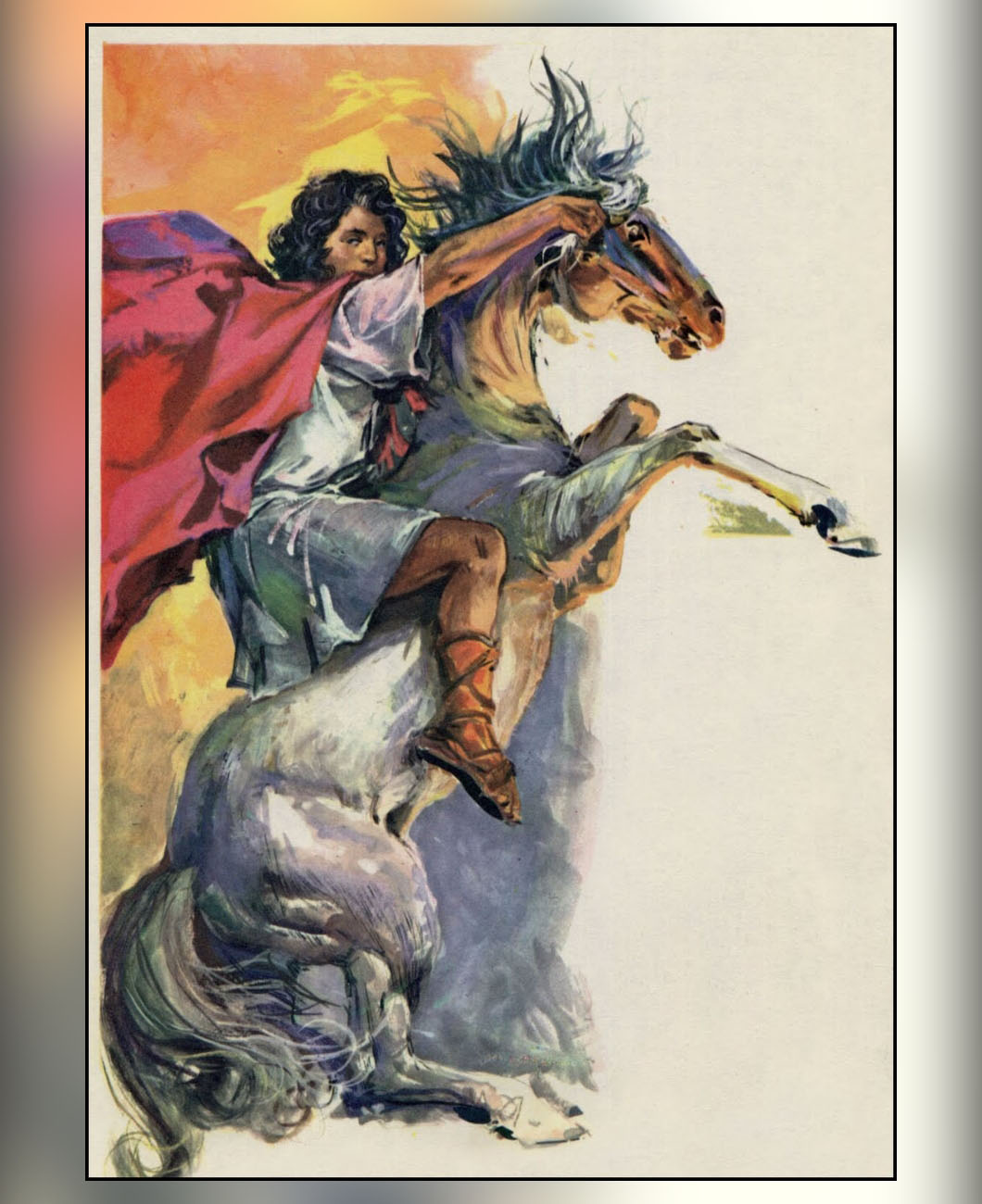 Alexander attempted to come to the “finishes of the world and the Great Outer Sea” and attacked India in 326 BC. Alexander's demise prompted the formation of new empires, not just the Hellenistic Greek realms of the Mediterranean, but even the Mauryan Empire in India (321-185 BCE) headed by Chandragupta Maurya. Old records express that Bucephalus passed on after the Battle of the Hydaspes in 326 BC, in what is currently present-day Punjab Province of Pakistan, and is buried in Jalalpur Sharif outside Jhelum, Punjab, Pakistan. Another record expresses that Bucephalus is buried in Phalia, a town in Pakistan's Mandi Bahauddin District in Punjab Province, which is named after him (Alexandria Bucephalous). According to a tale, when it was injured in the assault upon Thebes, it would not permit Alexander to mount any other pony. He saved his life many times and served him till his last breath! When it died, his master Alexander the Great appropriately performed its obsequies, and built around its tomb a city, which he named after it, Alexandria Bucephalous. Established in May 326 BC, the town was situated on the Hydaspes (Jhelum River), east of the Indus River. The battalion was settled with Greek and Iranian veterans and Pauravas local people. It had enormous dockyards, being the centre of trade and exchange. 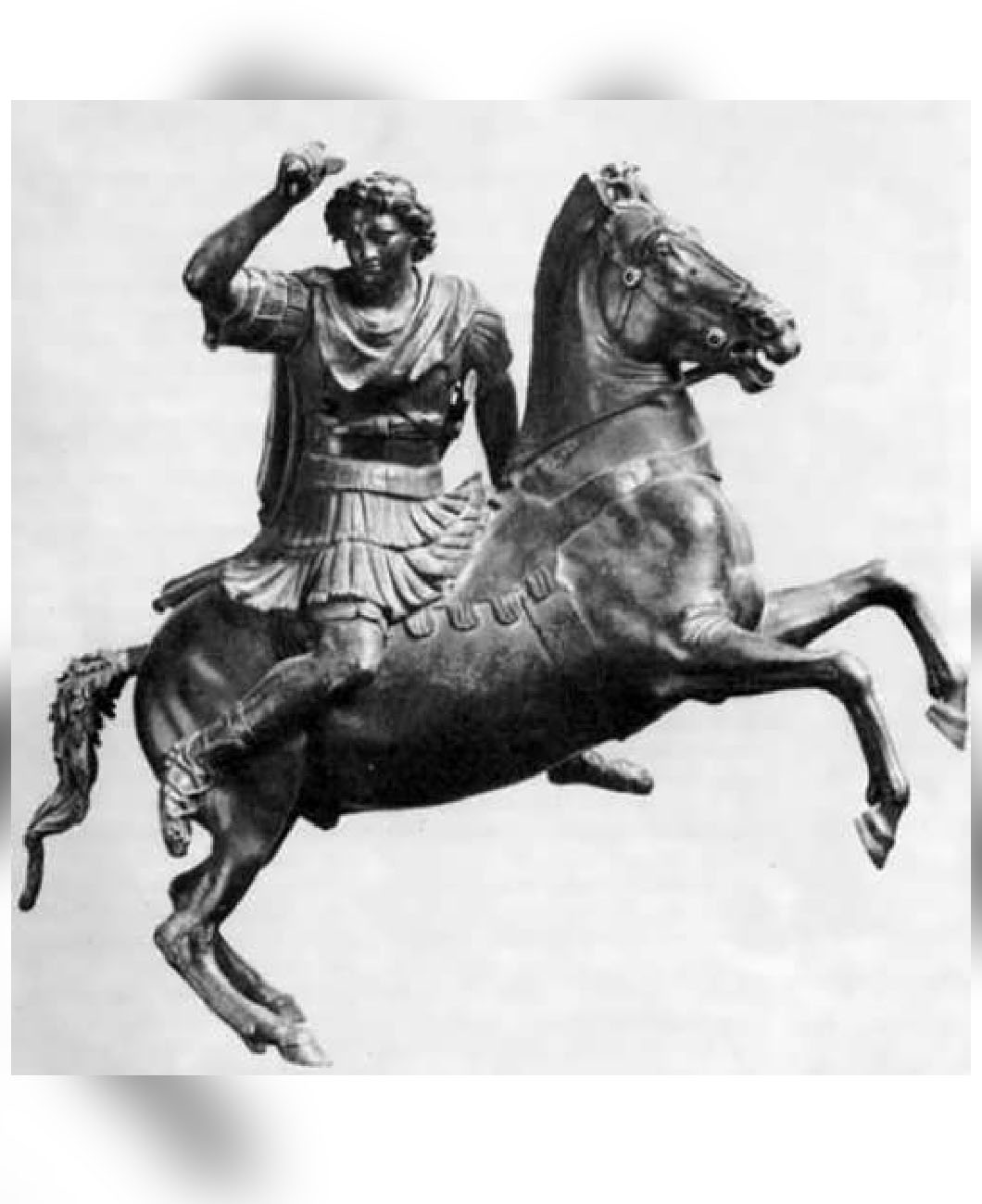 
Bucephalus is probably the horse depicted in the “Alexander Mosaic”, uncovered at the Roman site of Pompeii in the House of the Faun, based on a 4th century BCE wall painting.

Charles Le Brun (1619-1690) paintings of Alexandrine subjects, including Bucephalus, survive today in the Louvre. One in particular, The Passage of the Granicus, depicts the warhorse battling the difficulties of steep muddy river banks, biting and kicking his foes.