Buzkashi in Afghanistan by United Nations Photo is licensed under CC BY-NC-ND 2.0


Buzkashi: The game of courage

The fastest way to experience an adrenaline rush is to indulge in sports, especially ones like skydiving, skiing or bull fighting. The more the extremity, the greater the rush. Even as there’s an endless list of sports popular all over the world that count as dangerous and require a superior level of skill and precision, some sports are still unknown to a major chunk of the world population.


Referred to as “polo with a headless goat”, Buzkashi, the national sport of Afghanistan is one such example. Fierce, intense, and highly skilled, Buzkashi players compete on horseback for the carcass of a goat, generally weighing somewhere between 40 and 100 pounds, disembowelled in most cases, like they do for the ball in regular polo.

In the 10th century, Buzkashi was a means of entertaining the kings while the carcass used to be that of a slain opponent. It originated among the nomadic Turkic; Uzbek, Turkmen, Kazak, and Kyrgyz, people. The one thing that hasn’t changed through centuries is that only men participate even in modern-day Buzkashi. Even the audience of a game of Buzkashi is primarily composed of men. 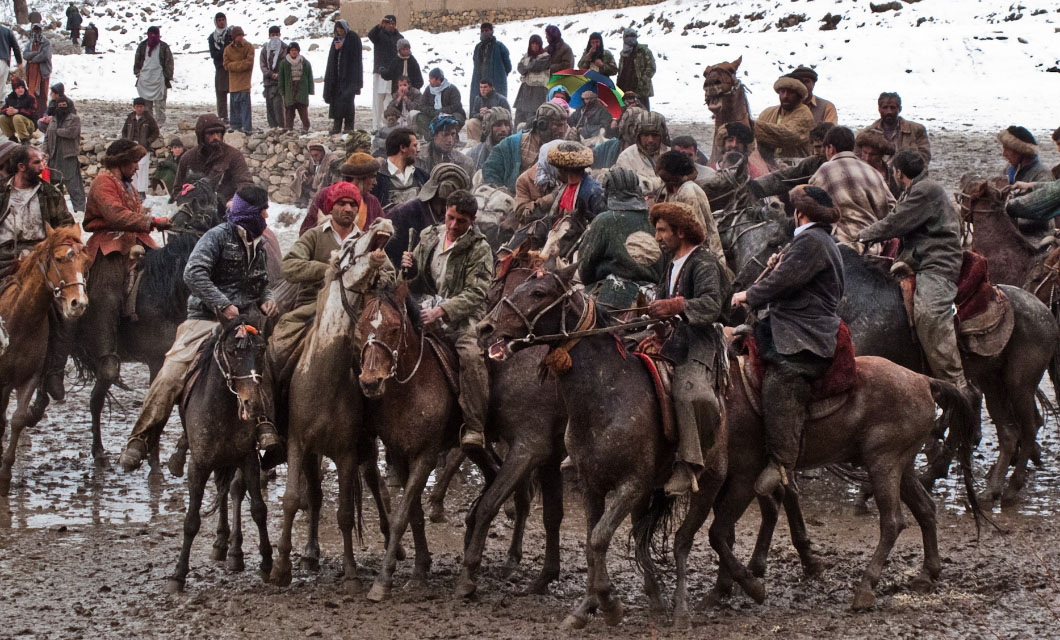 
While “tudabaray” which translates to “coming out of the crowd is the older version of the sport, what is played today is the government sponsored “qarajay”. Traditionally, the tudabaray version was played without formal rules and defined boundaries, with the sole purpose of the riders or “chapandazan” to be the grabbing of the carcass and taking it to the designated spot. In the earlier days, fierce games would easily turn into real violence on the field.

The qarajay version of the sport comes with more clearly defined rules in order to avoid any kind of violence. Each game consists of two teams with not more than 10-12 riders who compete to reach the “black places” or goals with the goat carcass, within a defined area. The goals, often called “circles of justice” too, are drawn on the field with lime. 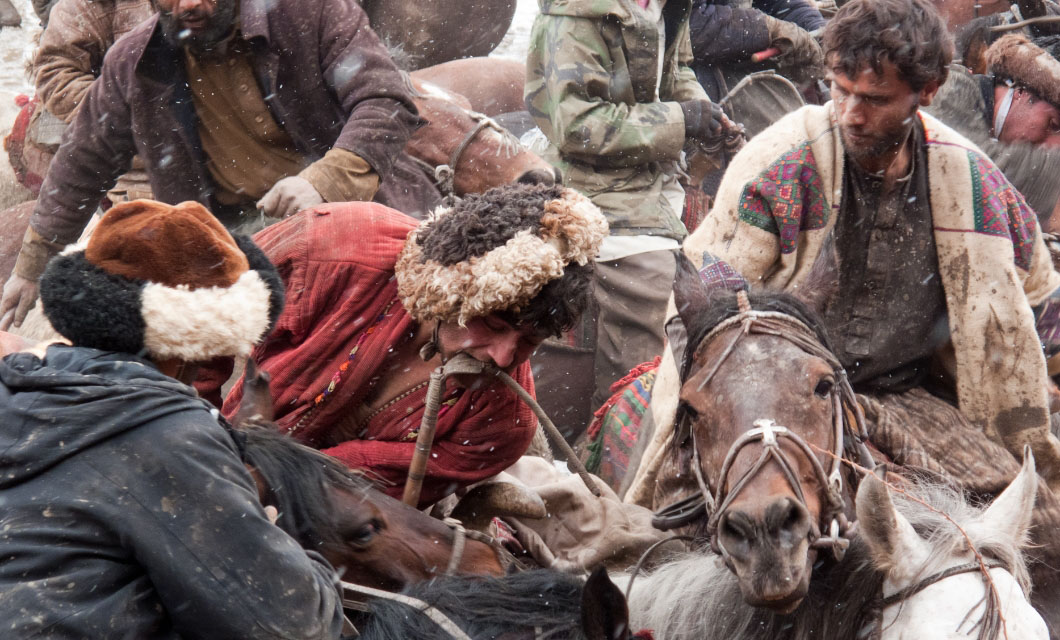 
Even so, nuances of these versions differ from place to place. For instance, in Tajik once the carcass reaches the marked circle, the rider to do so wins a prize for the game to restart. Fascinatingly, prizes for the winning riders go from sheep to expensive rugs, and from cars to even houses. 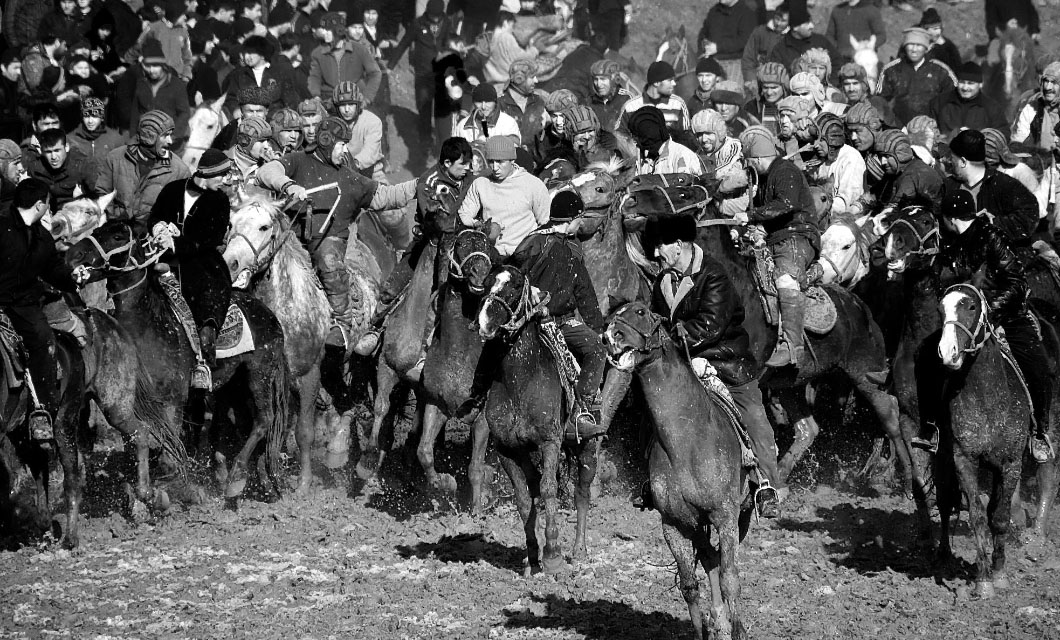 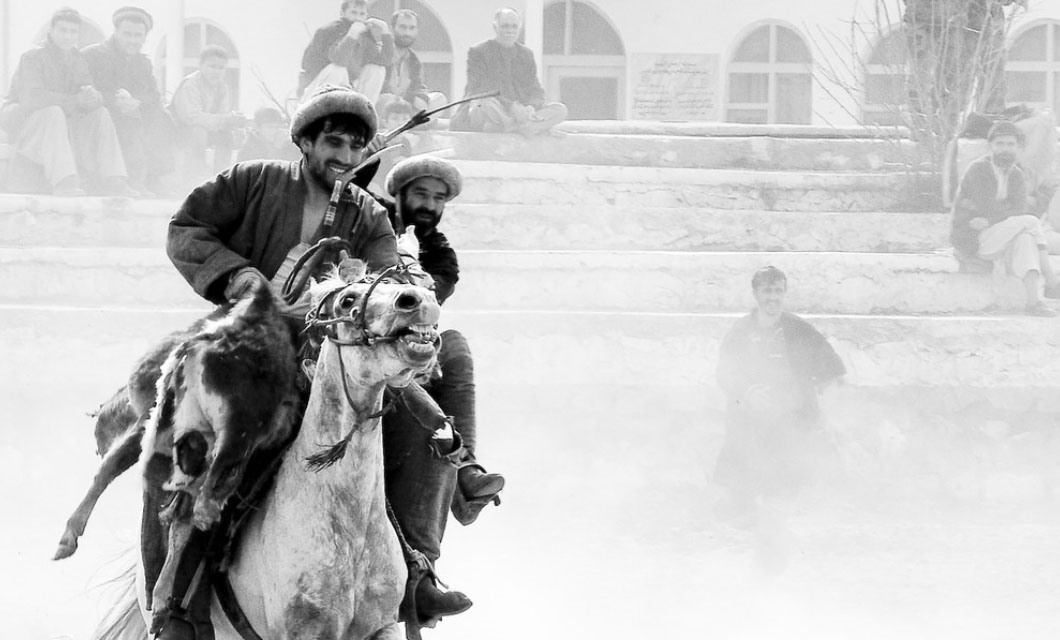 "On the run" byBabak Fakhamzadeh is licensed under CC BY-NC-ND 2.0


Regions of Afghanistan that traditionally haven’t been associated with the sport have begun to embrace it in recent times. The Persian speaking Tajiks, Hazara from the western part of the country, the Pashtun migrants from the south of the Hindu Kush mountain range, have all become Buzkashi playing regions. The sport has as strong a following in Kabul as it does in northern Afghanistan. 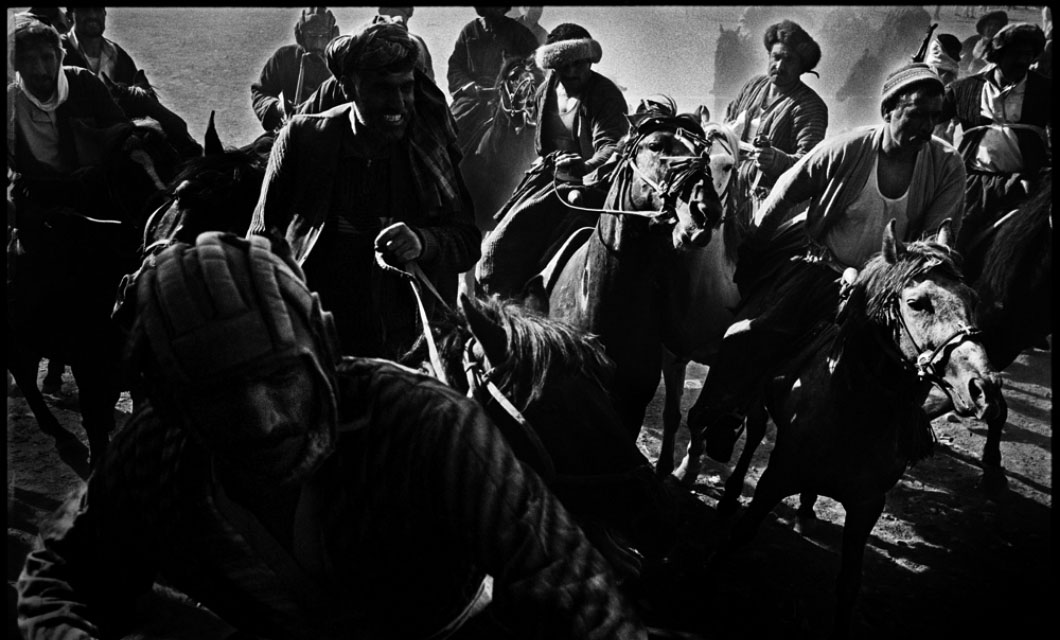 
The intensity of Buzkashi calls for powerful, and swift horses trained specially to compete. Owned by the wealthy families of the region, the chosen ones are made to adopt a strict diet followed by hours of training in galloping in order to gain muscle, starting November and going until March. Referred to as warrior princes, locals believe that the nature of the sport is such that only one in a hundred mounts stands a chance to participate.