In their encounter with Newage/Diamond Paints, Barry’s emerged victorious once again to bag the Punjab Polo Cup.

With both teams fresh and itching for a big victory, none of them were able to get the better off the other and the match proceedings started off with a bang. The scoring began with Salvador and then Hissam of Barry’s each converting a goal apiece. Their opposition retaliated with 2 consecutive scores of their own. The Newage/ Diamond Paints’ duo of Raja Mikael and Bautista Bayuger ensured that their teams' position remains strong in the game and concluded the chukker with the score 2-2. Barry’s momentum continued in the second, with their ace player Bautista converting two more goals. Newage/Diamond Paints’ Salvador was able to slip a single goal following that to end the chukker at 4-3.

Coming into the 3rd with a slight lead, Bautista was able to solidify the same by scoring two back-to-back goals. Barry’s Raja Sami followed that up to bring the score at 7-3 for his team but Newage/Diamond Paint’s’ Hissam was able to fire another goal to reduce the score differential to 3 points going into the final chukker.

The 4th chukker saw Raja Sami, Bautista and Nafees display their flawless offensive game, each scoring once in the initial part of the match ending chukker. The resilient Salvador Ulloa wasn’t calling it quits, scoring once again. But it proved to be too late as his opposition had already secured the victory with a healthy lead of 5 goals with the final score 10-5 and Barry’s were able to amass the title of the historical Punjab Polo Cup to their already impressive collection. 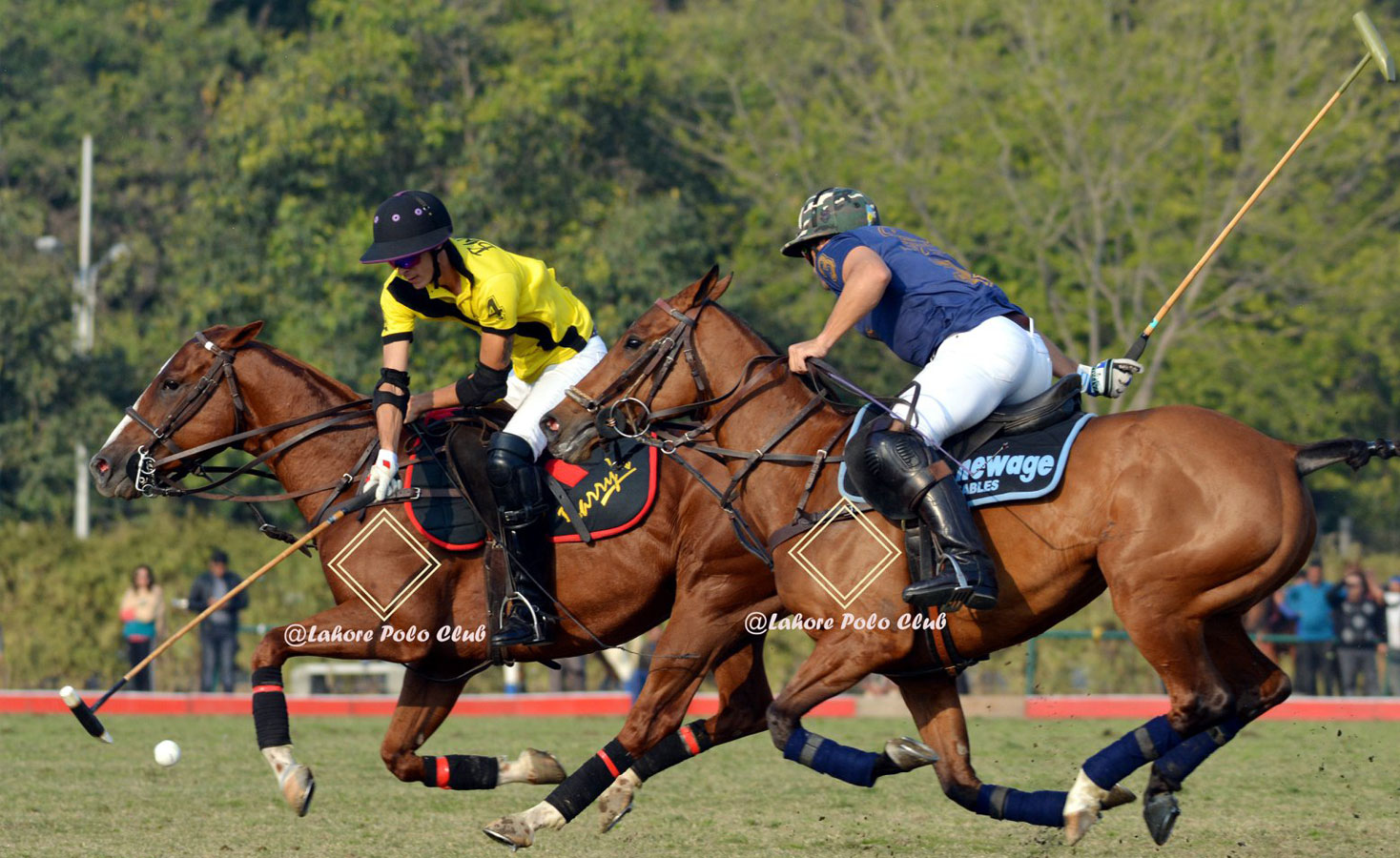