THE CITY AWAITS THE CITY CONCOURS


A stunning set for an exceptional event, the city concours is out with a brand new motoring grand party with the world of luxury vehicles, fine watches, art and food in the heart of City of London from 8th-9th june.


stunning set for an exceptional event, the city concours is out with a brand new motoring grand party with the world of luxury vehicles, fine watches, art and food in the heart of City of London from 8th-9th june. The Event takes the pride of organising this event in association with Octane. Taking place on the five-acre lawn at the Honourable Artillery Company headquarters, the City Concours is near to the Barbican and the Gherkin skyscraper.

Providing a glimpse of the kind of exotic cars set to roar are models from JD Classics, Nicholas Mee, Romans International and Fiskens. London-based Aston Martin-appointed Heritage experts, Nicholas Mee, provided a gorgeous Aston Martin DB2/4 MK II Fixed Head Coupé. Fitted with a 3.7-litre engine and four-speed gearbox similar to that found in the DB4, it boasts performance levels above and beyond a standard DB2. Joining the DB2 at City Concours will be a 1972 Aston Martin V8.

As ever, the main focus of the Concours of Elegance will be the world-class collection of historic vehicles picked by the Steering Committee to compete in the event’s main concours d’elegance. Spanning from the late 19th Century to the present day, these unique or extremely rare cars will travel to Hampton Court Palace from all corners of the globe. 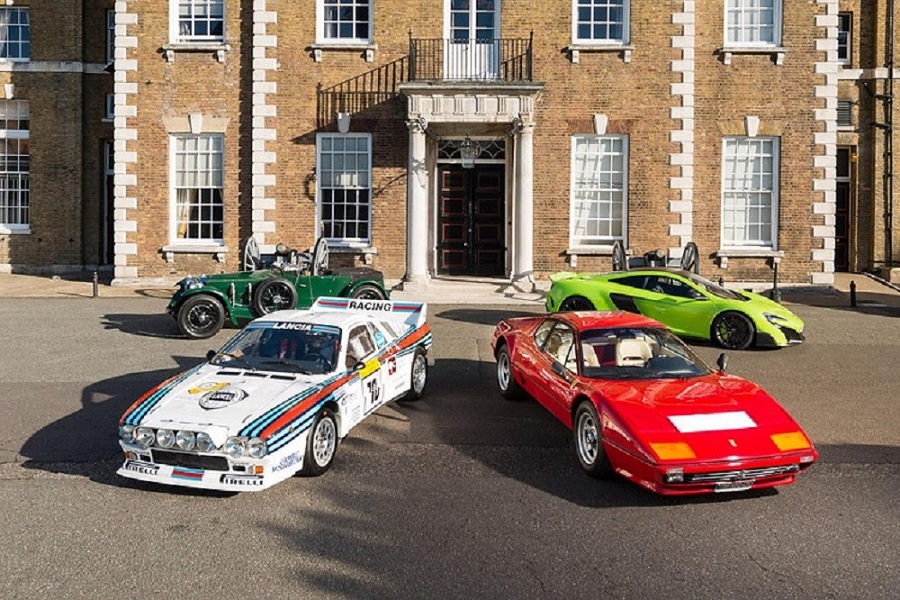 Zagato, one of the world’s most famous names in bespoke coachbuilding, City Concours will this year feature one of Zagato’s bespoke Ferrari models – the 550 GTZ Barchetta. Only thee Barchetta variants were produced, making it one of the rarest modern Ferraris in existence. Underneath the bonnet is the Ferrari 550’s 5.5-litre V8 but the bodywork has been the subject of a five-month makeover in true Zagato style.

Also on display is the one-of-seven Touring Superleggera Disco Volante Spyder. Using an Alfa Romeo 8C as its base, this handcrafted model is finished with a dramatic and retro-inspired body that took 10,000 hours to complete. Those familiar with the Alfa Romeo Disco Volante Spyder won’t fail to spot the similarities between it and its modern namesake.

The collection of cars on display isn’t the event’s only attraction, with a number of luxury brands showcasing their goods and a hosting quality food and drink options. There will be stands from dealers Stratstone, Romans and Clayton Classics, alongside a display from reborn British sports car maker, Atalanta, and the Official Outfitter to the City Concours, Mason & Sons.

A brand new addition to the Concours of Elegance this year is a revamped Talking Concours stage, featuring a number of parades throughout the weekend. Collections of vehicles will start their engines and drive through the grounds and up onto the stage, allowing visitors to experience more of the sounds and smells of these iconic cars than ever before.