From dusk to the hour of dawn, the slightly opened French windows fetched the view of the undying heavy rustic days of dismay for the girl who was just at the brink of her blossoming youthful days. She rested her light brown watery eyes on the downhill road, thinking of how much the war has snatched from the hearts of the people around her. Such was the void of the thought that she could hear her lingering beats pump in sadness. The empty roads, and the empty houses, all acted as the messenger of the loss. The emptiness that awaited and kept searching dainty for a ray of hope that would wash down the harsh odour of lost values, trust, faith and humanity. She could sense the depression of nature moving up high in her mind through the light breeze that passed a chill in her wavy hair. She got up faintly to walk towards the other end of the room to her diary that rested on the old teak table. Laying her hand on the ruffled leather cover, she whispered slightly, “1948.”

Almost three years have passed since the depressive World War II had come to an end, but the human soul wasn’t yet ready to come back to the normality of life. The sensing of the mind was lost in the same way as the sense of trust, hope, religion, values, and love was lost. At this tik tok of the clock, the only thing that the unevenly beating heart of the young girl demanded was people. People that would smile and live their freedom and not cry out the bleeding droplets. Losing a little part of her hope once again, she sat back half-dead on her chair, only to open her rusted diary that held within its pages a fragrance so mild and light that it aroused a light wave of romantic femininity within her. The young girl slightly bent down to softly smell the happy hopeful fragrance closing her eyes to let off the dense odour of the war vanish away. She opened her eyes to realise that it was the only thing that shattered a bleeding piece of the mirror needed, a fragrance that smelled of peace, happiness, and romance. A fragrance that the world would call Nina Ricci’s L’air Du Temps.

The Nina Ricci’s L’air Du Temps stepped into the world for the first time in the year 1948, where it was known as “the spirit of the time”. The concept of Nina Ricci’s L’air Du Temps accurately fixed itself with the drastically breaking situation of the world. After the great depression of the World War II, the creative world, from writers to poets to authors to artists, everyone combined hands to fight off and reflect on the intimacy of the reality. The world had already broken into pieces after the Great War. With the coming of the flappers and loss of values, every bit of humanity was already on the brink of its ultimate loss. It was exactly this time when World War II hit the world really bad, leading to the complete loss of Victorian policies. The world was in a trans where the coin had flipped only to witness what has never been seen before. Although, the world was economically stable and the wealth only growing heights, but what was missing was the major concept of humanity itself. Between this fight of loss the Nina Ricci’s L’air Du Temps reaped its soul. Before Nina Ricci started to give birth to Nina Ricci’s L’air Du Temps, the understanding of the world situation was clear in her mind. She had sensed how the world of war played with the fragrance that were only hard or dense. They imitated the days of World War II. They reflected of the loss of war. The house of Nina Ricci had gulped in that what the world right now required was former femininity. A sense of romance was the call of the time. The striking need was of light, hope, and happiness that would bounce back people with smile and freedom, unlike the fragrance of the World War II that reflected harshness and dismay. 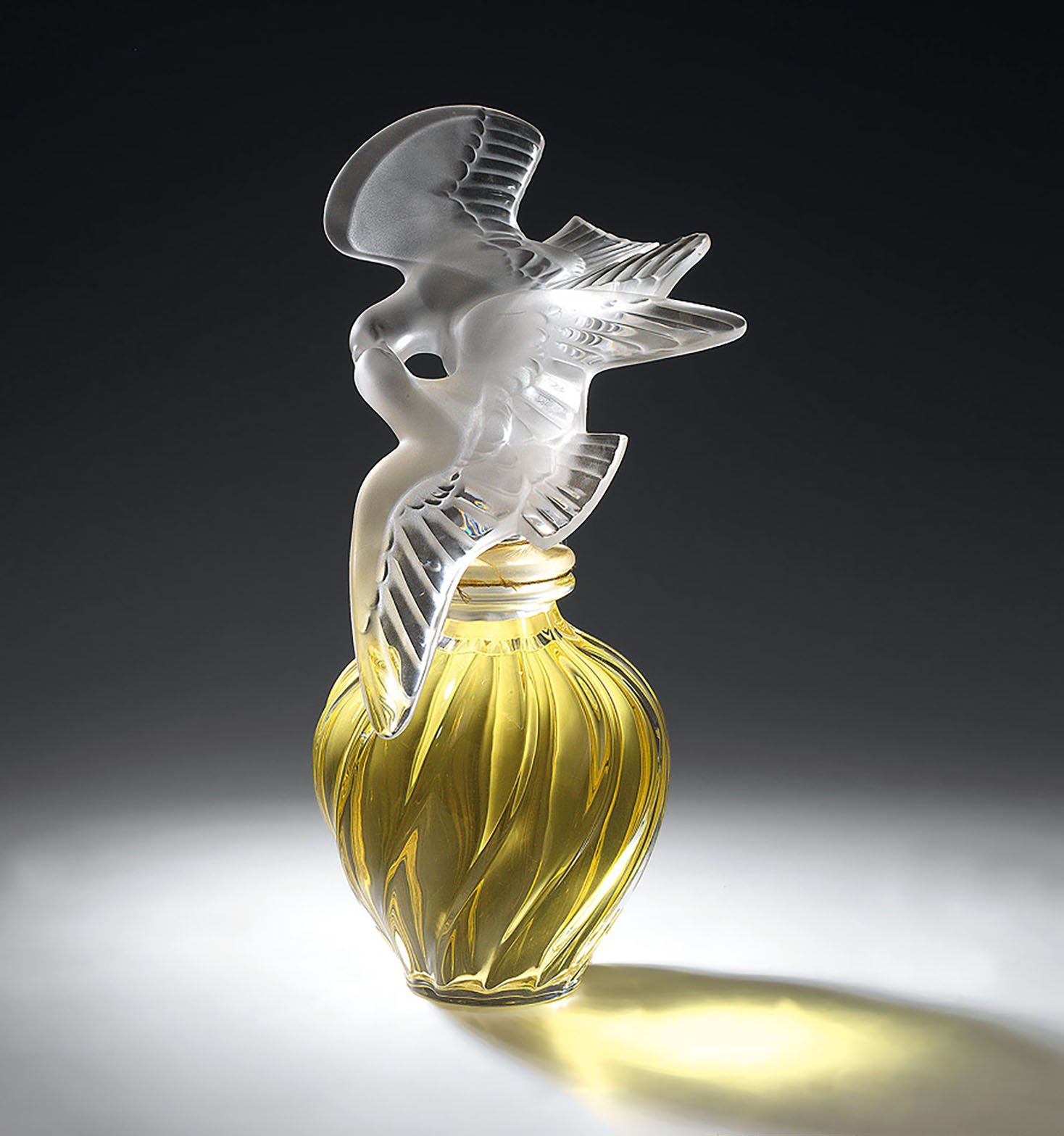 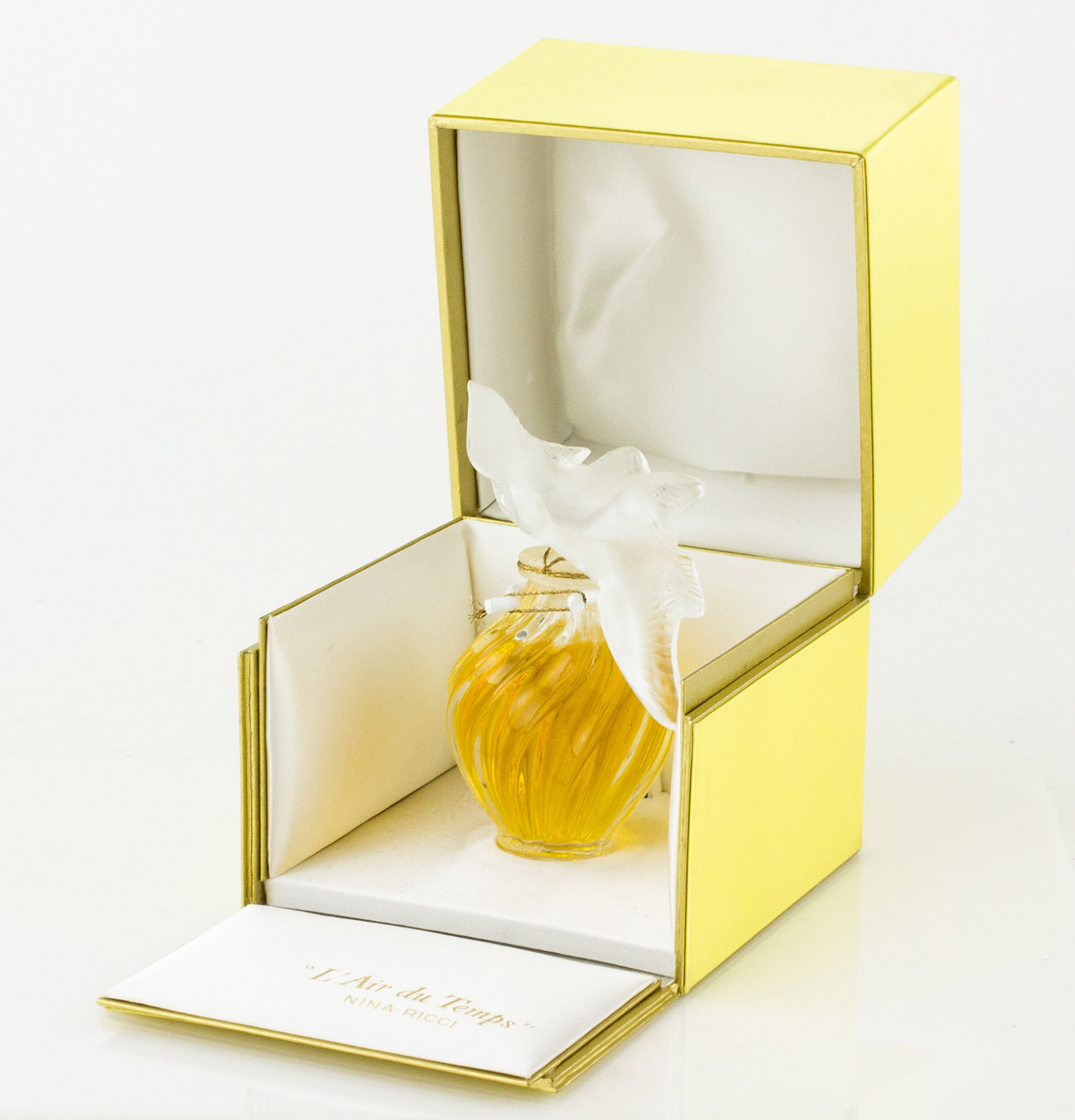 “When I create a fragrance, I begin by ‘sensing’ it in my mind. I have a very clear sense of the fragrance I want to smell on the shoulders of the woman I love. I created L’Air du Temps for a very feminine woman, perhaps for somebody just seen or met, but certainly dreamed of and idealised. For me, a fragrance is an act of love, whether experienced or imaginary. I am a romantic, and I cannot conceive of life without dreams.”