Horses have been traditionally associated with Indonesia. Equines are still involved in therapies and as a mode of transport.


Famous for its ancient sites, the Greater and Lesser Sunda Islands, and a diverse culture, Indonesia is also known for its relationship with horses. Located on the Eastern side, Sumba is a surfer’s paradise and the carrier of an opulent history, with horses bred here since the 18th century. God Marapu is worshipped among the Sumba people. The Pasola festival is a crowd jousting event in which hundreds of horse riders do ritual battle with spears. If on that specific day, sea worms aren’t seen swarming on the beaches, their god Marapu is considered angry and needs blood in retribution for their negative behaviors. Gembong Nusantara, in a report in September 2014, describes the ritual. The next morning, they go near the shore with buckets and nets to see if the sea worms have started swarming (which they do only once each year). After this, they have a feast involving delicacies of pigs, dogs and chickens to fuel up for the battle. Then the taunts begin among the valiant men ready to mount the horse while the villagers watch over. The men mount the horses and begin by flinging their spears and dodging the opponent's attack. The word Pasola comes from the root word Sola/Hola which means long wooden stick, which in this case, is the method of carrying out the retribution. Sumbanese people believe that by carrying out the spiritual task, they create a balance between the physical world and the spiritual world. Similarly, the 1001 Sandalwood Horses Festival has been described as a festival whose location shifts depending on the date. Usually in July, it’s at Southwest Sumba; the festival then moves to West Sumba to shift again to Central Sumba before its grand closure in the East Sumba Regency. As the main attraction of the festival, the horses are adorned with shiny accouterments while riders are dressed in distinct traditional costumes. They then compete in front of a panel of judges under criteria like beauty, horse management and performance. 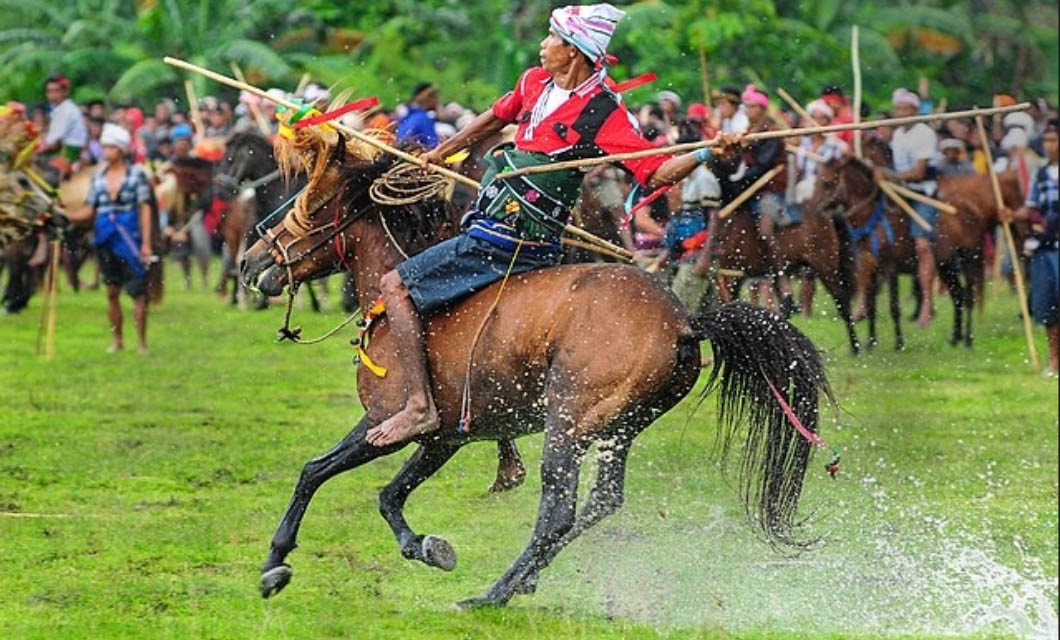 
In an ode to this vibrant past of Indonesia, at NIHI Sumba is a 175-hectare land of lush greens, with heritage sites, beaches and traditional villages. The founders of NIHI Sumba have known of horse whispering as a form of therapy. According to historical accounts, Greek physician Hippocrates, popularly known as the “father of Medicine”, had mentioned the myriad of benefits horse-riding, and hence it’s aptly named Hippotherapy. Being on horseback helps the rider by stimulating the body and mind (sensory and motor skills), which gives this form of therapy a spectrum of rewards. For those with movement difficulties, this helps to stimulate the connection between the brain and the body. Among the multiple rewarding experiences, hippotherapy is known to be of help for ADHD, autism, cerebral palsy, language and sensory disorders and multiple sclerosis. In a pilot study of her thesis, Karin Bronkhurst conducted five sessions of horse whispering therapy with an aggressive child, and upon feedback, the child claimed the best part of the therapy was that the horse conducted itself in a way that demanded respect. The boy learnt to apply a softer touch, gentle behavior and even depict loving attitudes because he felt a sense of connection with the horse. 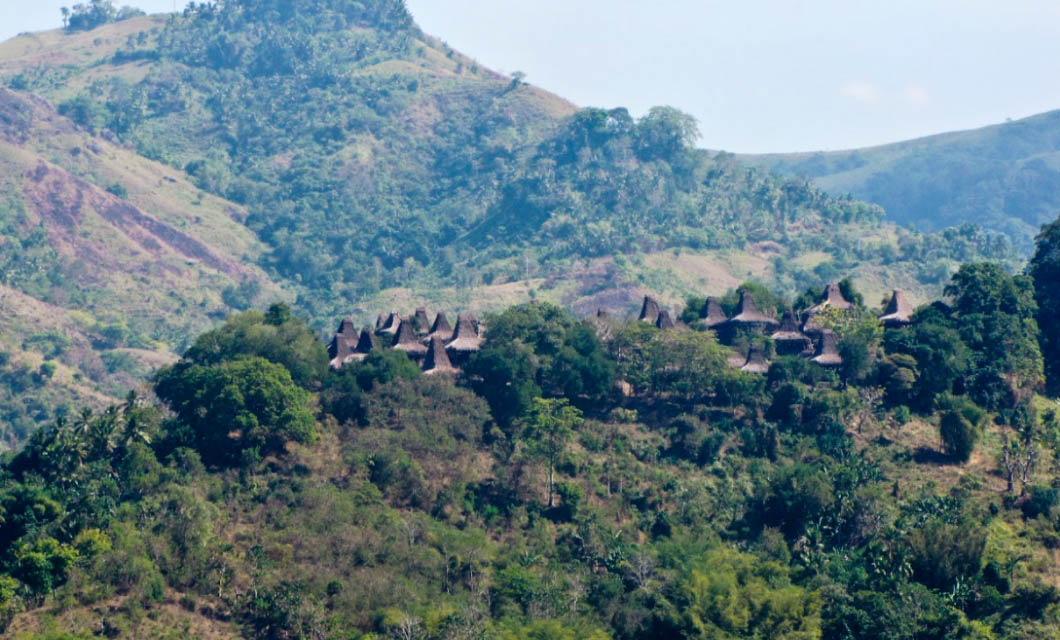 
In the 19th century, after their successful entry into the land, Surabaya was made a fortified city within which the Dutch protected themselves from internal and territorial enemies. Horses became an important mode of transport as Surabaya was now the centre of hustle-bustle. Today, horse drawn carriages have many names, depending on the dialect and language throughout Indonesia, such as Delman, Andong, Pedatai and Dokar, but Dokar remains the most popular one. Dokars are identified with their bright colourful wheels. In the 1960s, Dokars was Denpasar’s hot and happening method of transportation and the main entry point to the island. In 2002, 400 horse-drawn carriages were still in operation but now motorbikes reign supreme and Dokars are a distant memory. In 2018, only 15 Dokars were in service in Denpasar. 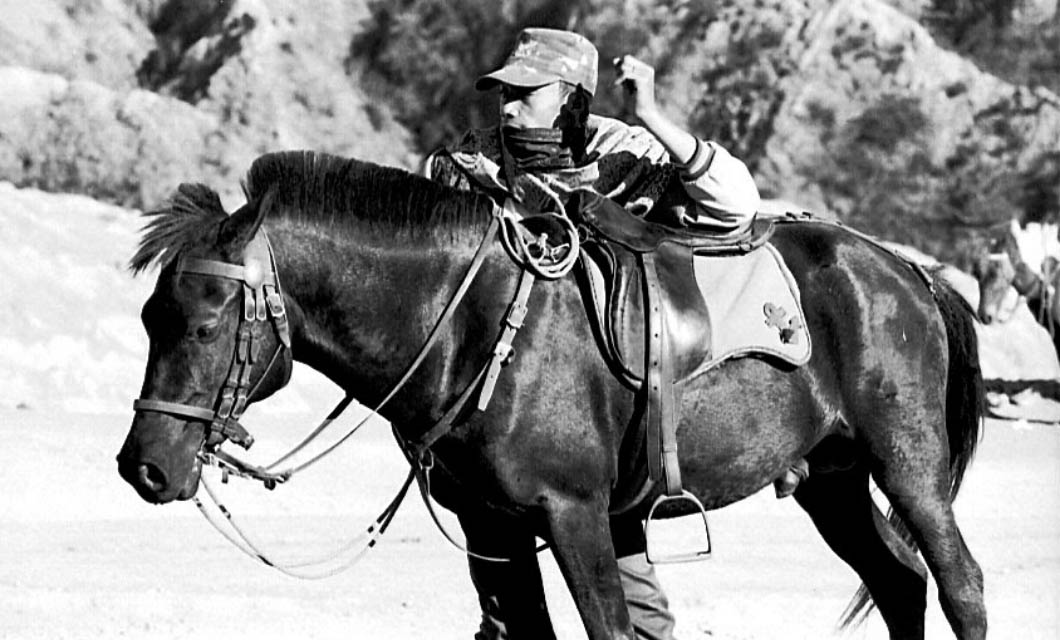 
Ridwan Sururi, a horse caretaker in Central Java, in 2014, began a unique, mobile, and free library known as Kudapustaka. Three days a week, Sururi loads up one of his horses with books and travels around his village of Serang and nearby communities, lending out and collecting children’s books, farming manuals and inspirational texts. The project was born out of a conversation that Sururi had with a friend in Jakarta. 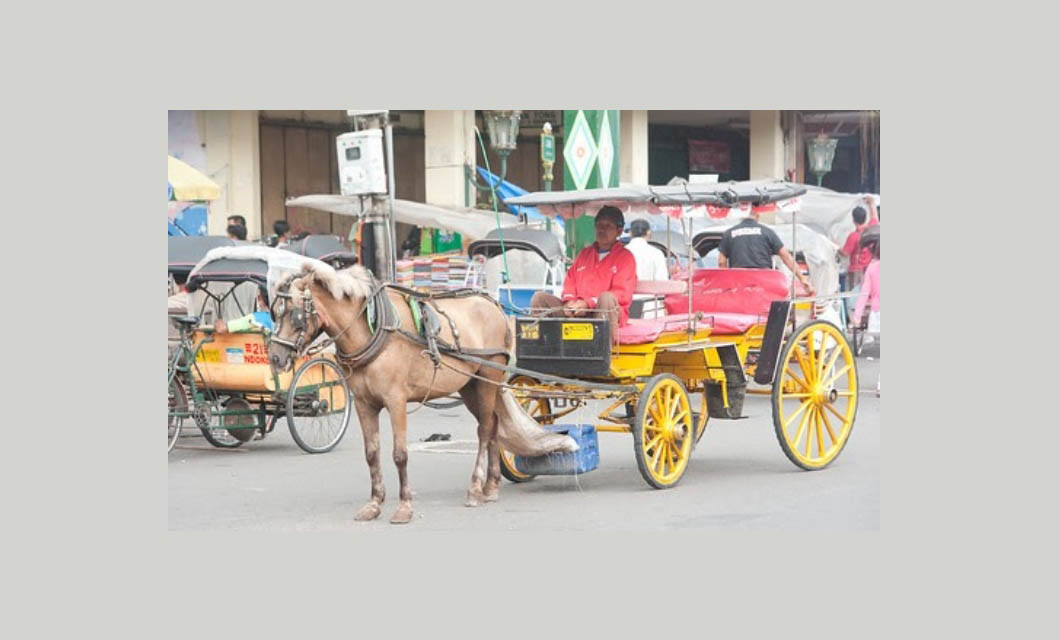