Capturing The Day 2 Of Cavalry Gold Cup In Intensity


The second day of Cavalry Gold Cup started off with an intense zeal to fight off the battle.

The second match of the day, Garcha Group/Aravali Polo vs Jindal Panther, kicked off at the Army Equestrian centre at m. A warm-up session before the match ended as soon as the umpires, Martin Pascual and Lt. Col Vishal Chauhan, blew the whistle for the match to start. Garcha Group/ Aravali Polo playing in blue were awarded a 0.5 point lead. Jindal Panther, in green, scored the first goal of the match. The goal was scored by Simran Singh Shergill from the penalty spot. The match resumed and Simran Singh Shergill scored one more goal to extend the lead. The score after Simran's goal was 2 - 0.5 with Jindal Panther in the lead. Angad Kalaan scored first goal for Garcha Group/Aravali Polo. Manuel Llorente converted a 30’ penalty to a goal and the first chukker ended at,


The action for the second chukker began with a goal from Tom Brodie for Jindal Panther team. The goal brought Jindal Panther back in the leading position. The match witnessed some great shots but a 30’ penalty from Manolo Llorente helped Garcha Group/Aravali Polo take the lead. Tom Brodie winded up the second chukker with a penalty. The score after the first half was:


The third chukker witnessed some brilliant goals scored by both the teams. Tom Brodie opened the scoring for the chukker as he hit a good shot towards the goal. Sameer Mecca scored the second goal of the chukker and brought Garcha Group/Aravali Polo back in the game. The third chukker ended at:


The last chukker kicks off with both the teams locking horns to score a winner. The match was neck to neck and the scoreboard showed a difference of just 0.5 goals. A hit by Tom Brodie the scoring for Jindal Panther. A quick response by Manuel Llorente marked the 5th goal for Garcha Group/Aravali Polo. Manolo Llorente scored a 30’ penalty and the last goal was scored by Tom Brodie for Jindal Panther which marked the win for the team.

The first match of the day, Cavalry - ASC vs APRC - NAVY, kicked off at the Army Equestrian centre at 1pm. A warm-up session before the match ended as soon as the umpires, Martin Pascual and Shamsheer Ali, blew the whistle for the match to start. APRC - NAVY, playing in blue faced Cavalry ASC, who were covered in red. A great wind marked for the day to witness some fine Polo shots. Col Ravi Rathore's hit from the spot marked the first goal of the match. The score was 1 - 0.5 with Cavalry ASC in the lead as APRC-NAVY were awarded a 0.5 point lead. A great hit from Sep Ravindra Mang was the second goal of the match and was the highlight of the chukker. APRC - NAVY scored the first goal with Cdr Akhil Sirohi scoring a 60’ penalty.

The last chukker of the match witnessed an intense game of Polo. The teams entered the field with an intention to score goals and it was evident on the scoreboard. A 60 penalty was scored by Cdr Akhil Sirohi. The score was 5-3.5 after Akhil's goal. Col Ravi Rathore scored a goal to extend Cavalry ASC's lead. A 60’ penalty by Col Ravi Rathore was converted into a goal to end the chukker,

Day 1.WHO FARES ON THE INAUGURAL DAY OF CAVALRY GOLD CUP 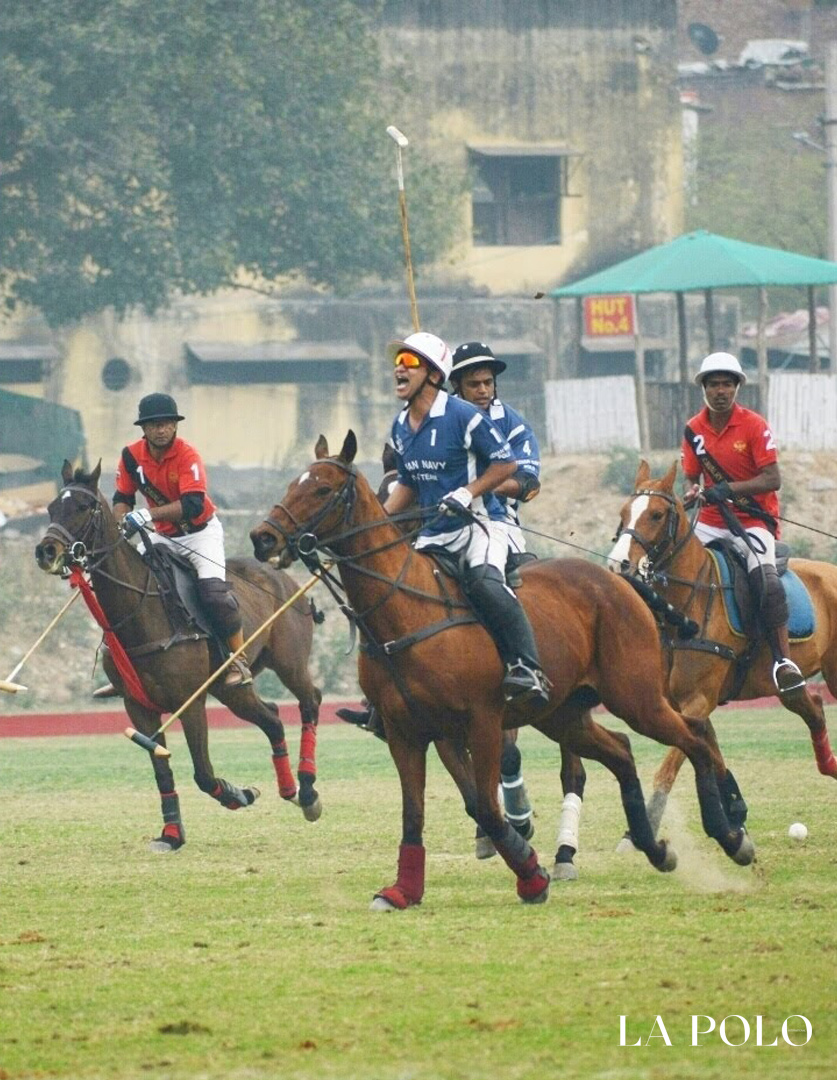 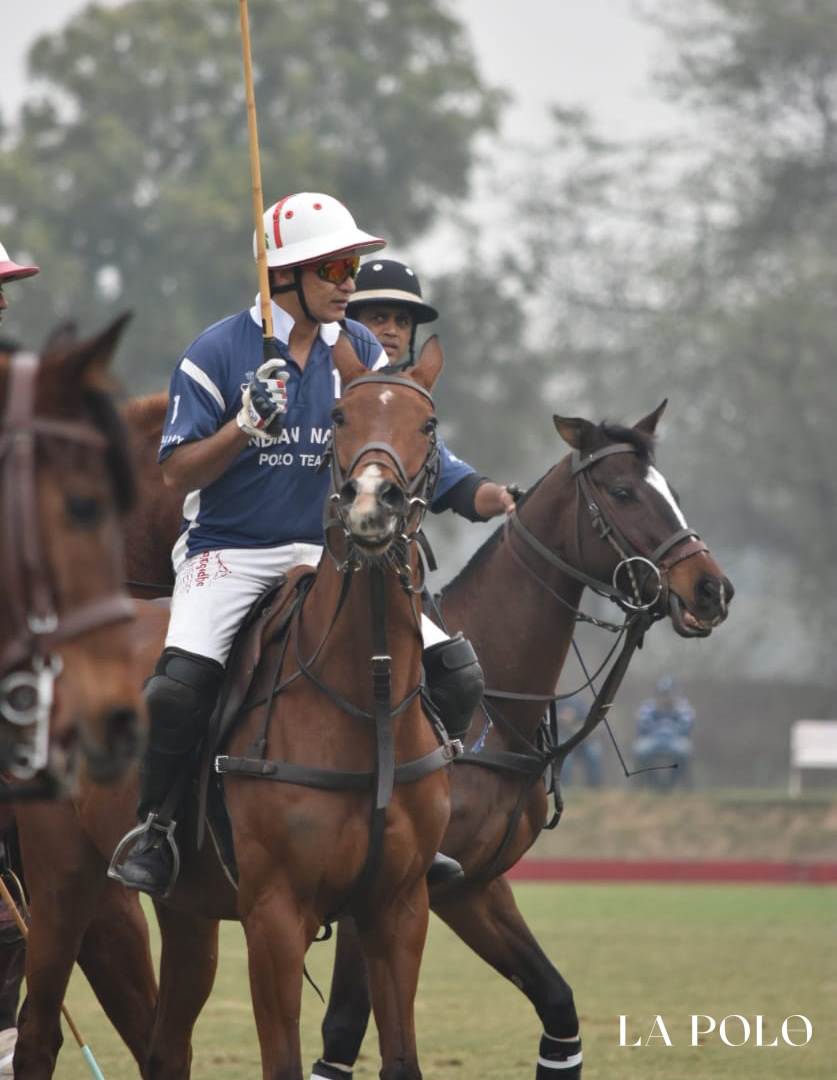 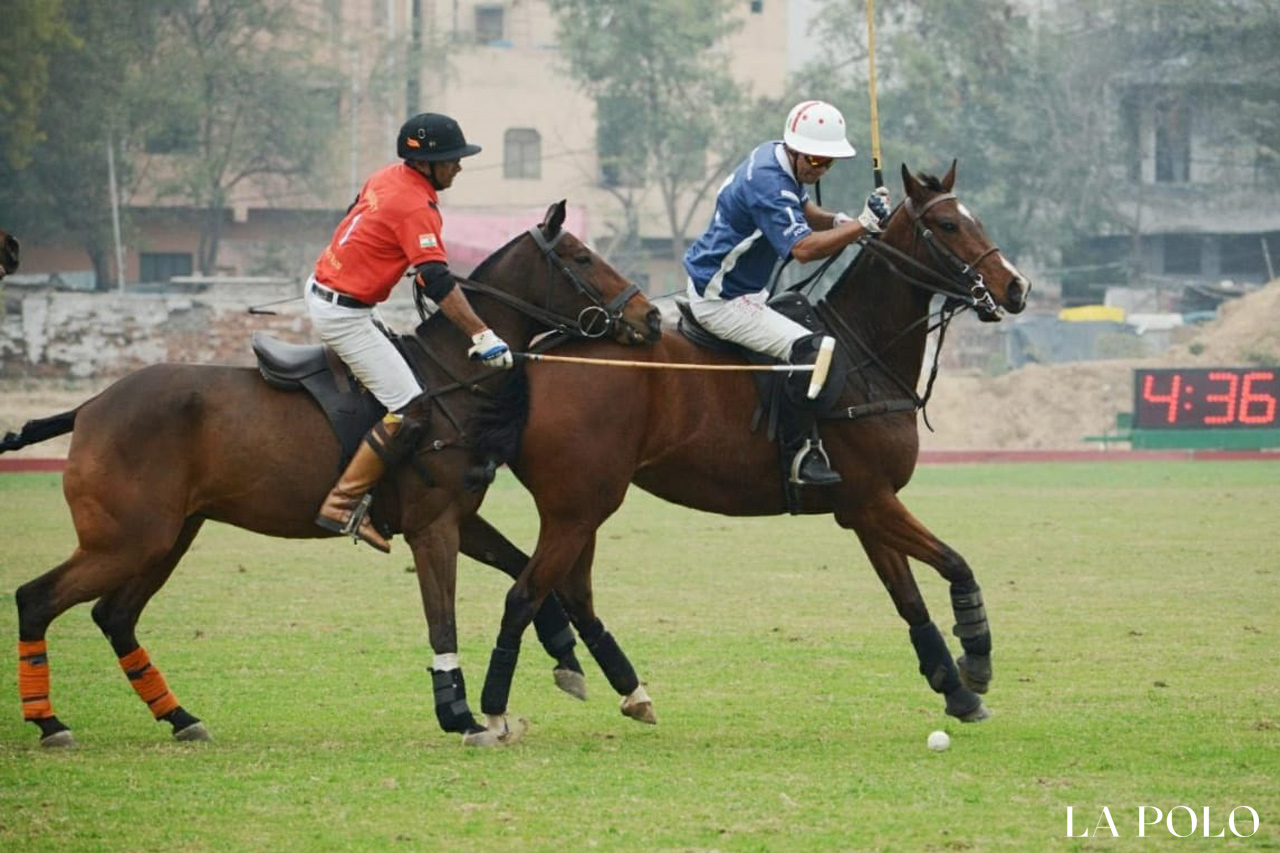 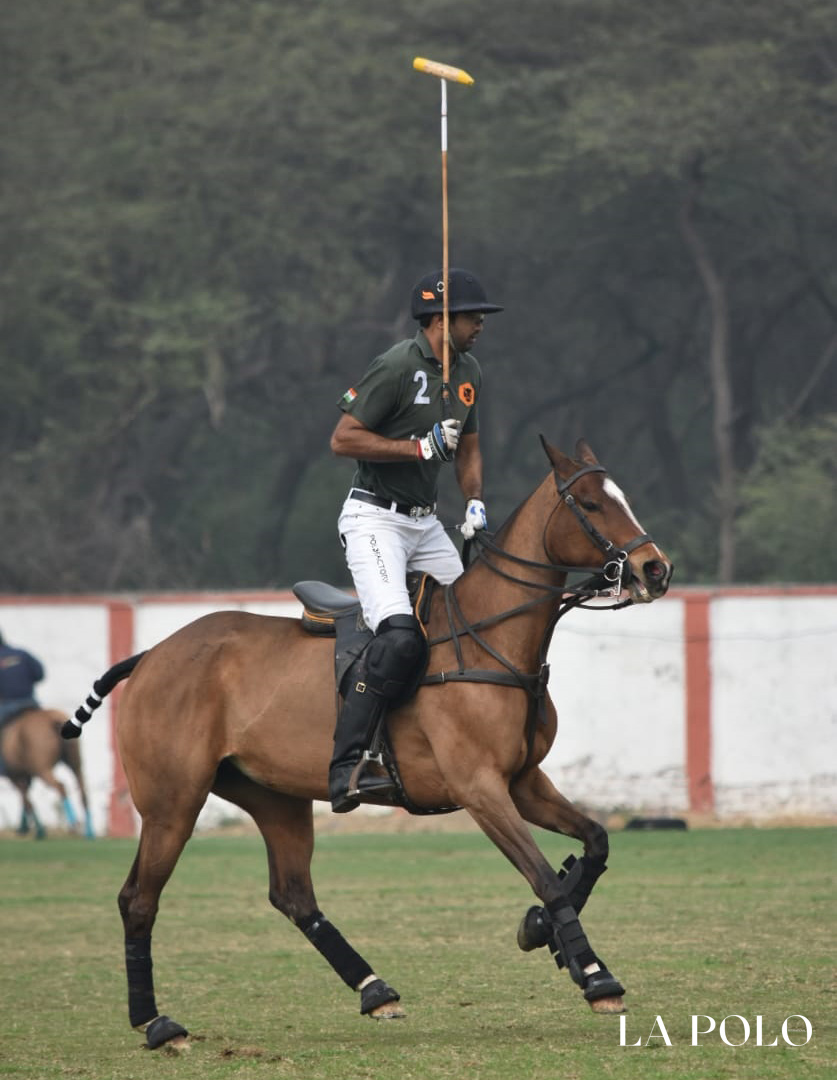 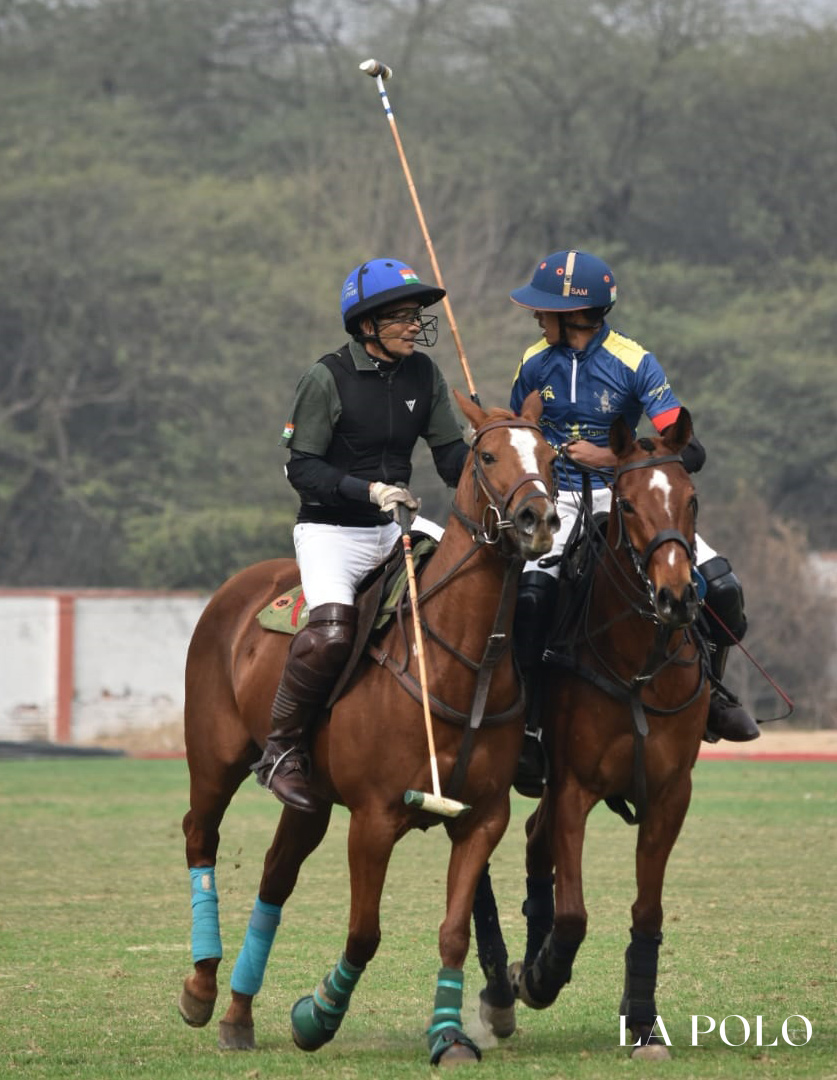 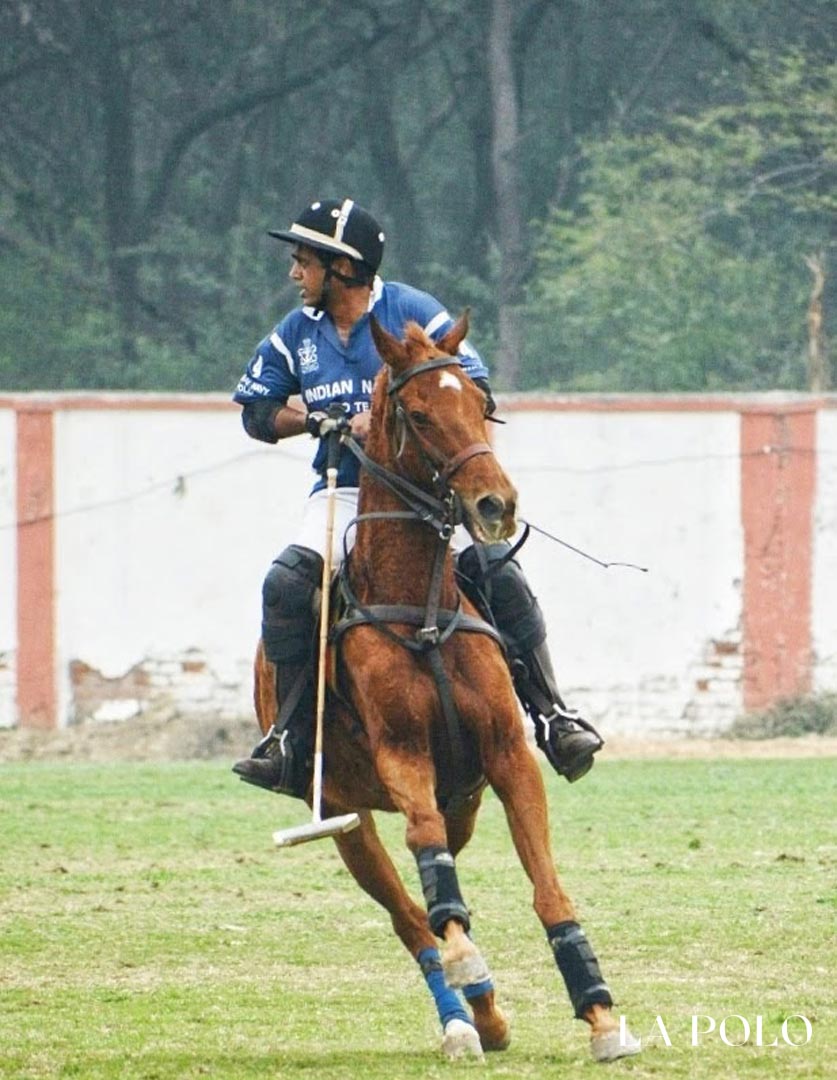 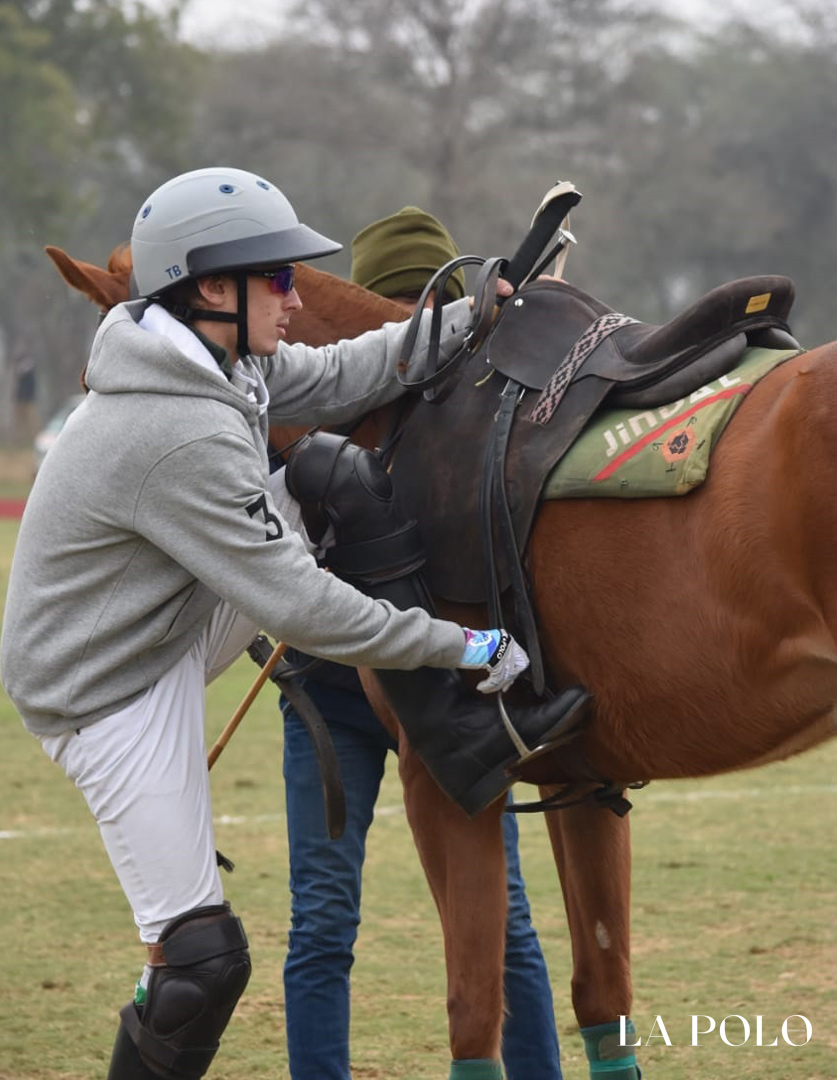