An incredible victory was seen in the game day 2 of 8-goal Princess Diya Kumari cup of the where game was end to end in a motion and the crowd was immensely dissolved in pleading by the performance of both teams. The match opened in a sunny day with pleasant wind and 2 teams are getting ready face each other for the qualification to semi-finals of the cup. Crowd was fanatic and clapping of hand was way too louder. The side-lines are demographically packed by the hometown supporters.


CHANDNA GROUP V/S POLO HERITAGE
The Second day of the Princess Diya Kumari cup witnessed Chandna Group and Polo Heritage go head to head for the qualification for semi-finals. The 8-goal cup of the Jaipur Polo season Matchday 2 was full packed with total excitement and agony. The crowd was packed and ready to see their respective passionate team in action.

Here are the team squad as follows-

The first chukker starts with both the teams riding inside with their horses and looking the control the ball in their half in the beginning of the first chukker. out of sudden, Jose, player of Polo Heritage, scoring an absolute amazing goal for his team and taking the lead for his house in this chukker. Out of sudden again, Gaurav scoring an equaliser for his team. Here ends the chukker and the results are Polo Factory-1 and Chandna Group-1.

The 3rd chukker undergoes with both teams are looking for a victory so that they can progress in the tournament. Out of a sudden, Gaurav scoring again an equaliser for his team, Chandna Group taking the score level 3-3. Out of nowhere, Ashok Chandna, Congressman, snatching the lead from the opponent team. Here ends the chukker with the result Chandna Group-4 and Polo Heritage-3.

The 4th chukker begins with both the teams contesting hard for victory but only one team will progress towards the cup. Within some minutes, Abhimanyu Pathak scoring an absolute beautiful goal as an equaliser and here ends the chukker with the result 4-4 to both the team. The game took a turn and goes to the 5th chukker as a final chukker to decide which team will get victory in their house.

The 5th chukker begins and the rulebook states, the team which score’s the golden goal i.e. the first goal in this chukker, that team will win and get the victory for this game. Out of sudden, Gaurav scores an absolute beauty goal and the score results are Chandna Group-5 and Polo Heritage-4. Here ends the game.

Congratulation to Chandna Group for Victory.

The second day saw an exhibition Match that witness between 2 team which are entrusted with passion and motivation within their house and player. The Chilli team will go head to her with the team India.

The first chukker starts with both team looking bright and shine to undergo the exhibition match. Indian team takes the lead in the first chukker by Abhimanyu Pathak’s fantastic strike toward the goal. Out of sudden, Jose Perirea scoring an equaliser for his team Chilli. Here ends the chukker with the scoreboard results Indian Team-1 and Team Chilli-1.

The second chukker under ways and out of a sudden, Salendra scores an absolute banger and he converts it as a goal. The Indian team snatches the lead from Chilli team. Here ends the chukker with the result, Indian Team-2 and Team Chilli-1.

The 3rd chukker starts with the chilli team eyeing for an equaliser and Indian team for victory. Abhimanyu Pathak out of nowhere taking the ball in the opponent half and scoring a goal for Indian teams and taking the lead by 1 more. Again, Salendra scores one more goal for his team and the scoreboard results are Team India-4 and Team Chilli-1. Here ends the chukker.

The 4th chukker starts with Chilli team favouring with the 40-yard penalty in their house and Jose, 5+ goaler converting it beautifully. The scoreboard results are Team Chilli -2 and Team India - 4. Out of nowhere, Salendra scores an amazing goal and he scores a goal for Indian team and giving a crisp reply Back to opponent half. Here ends the 4th and final chukker. The final results are Team India-5 and Team Chilli-2.

Congratulation to Indian team for winning the exhibition match. 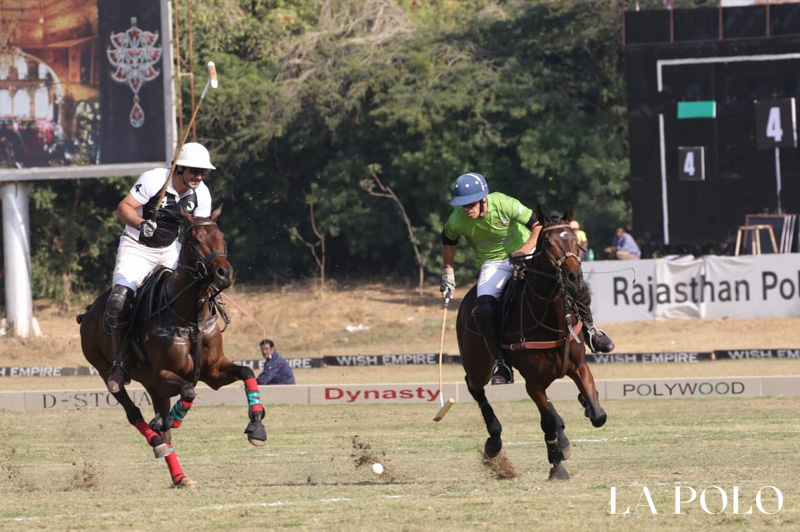 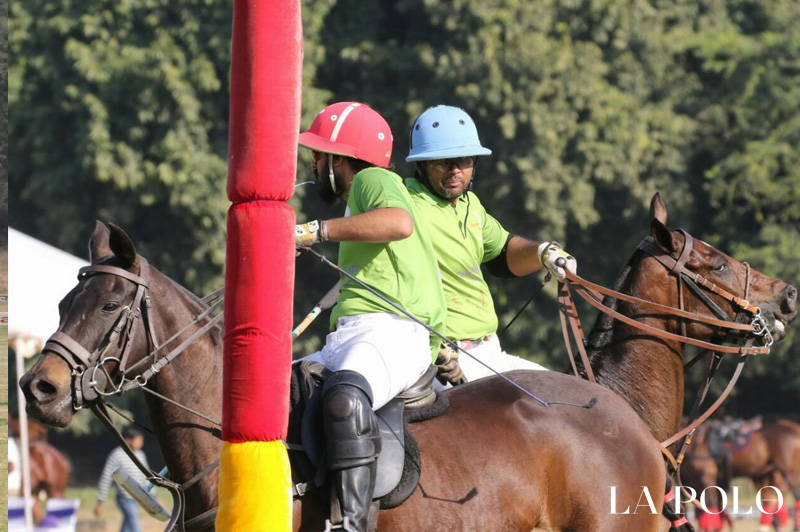 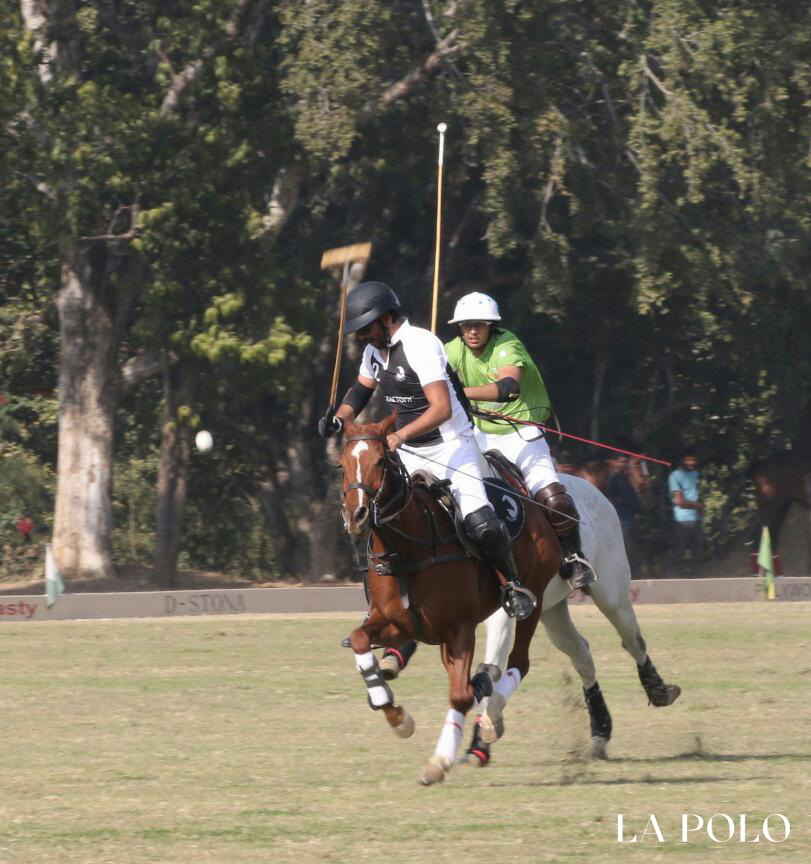 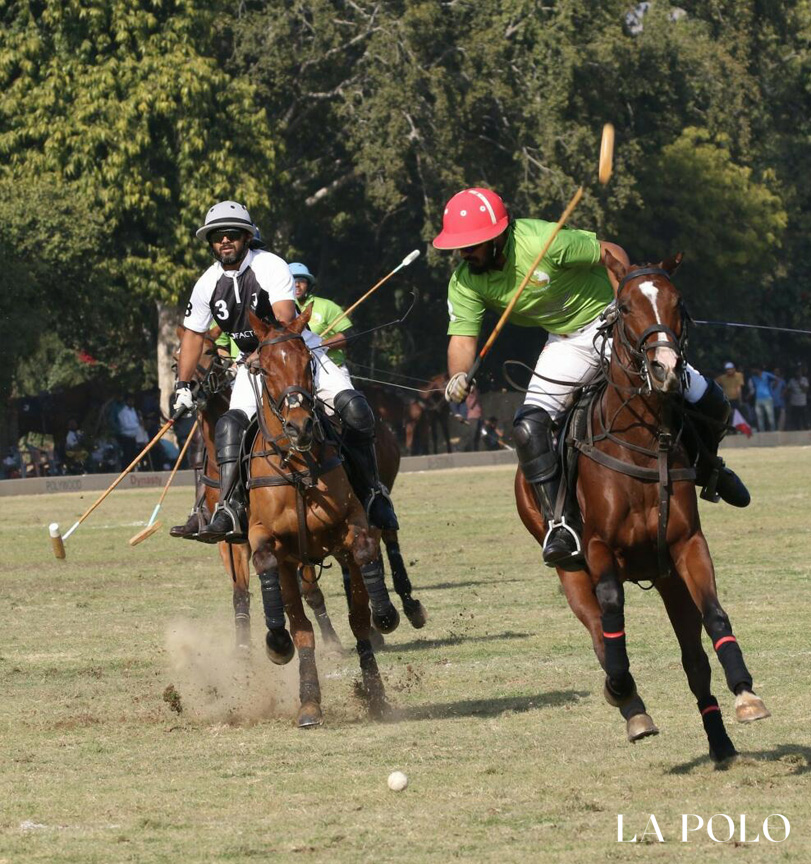