The match started with a brilliant strike by Gerardo Mazzini in the opening minutes of the game. He scored a brilliant goal from an angle shot. The score was 1-0 after Gerardo's goal. Sona Polo got a 60’ penalty but Gerardo wasn't able to convert into a goal. Matthew Perry ran with the ball to form a brilliant play but couldn't convert it into a goal for Rajnigandha Achievers. Pranav Kapur's horse tripped in front of the goal and Pranav fell off the horse. He kept the Polo spirit alive, swapped his horse and returned to the field. Sawai Padmanabh Singh made a brilliant run in the final minutes of the first chukker and passed a fabulous through ball but the pass was stopped midway by Gaurav Sahgal. The score at the end of the first chukker was 1-0

Rajnigandha Achievers were awarded a 60’ penalty in the first minute of the second chukker. Matthew Perry wasn't able to convert the penalty into a goal. Gerardo Mazzini scored a brilliant goal for Sona Polo and the score was 2-0 after his goal. Gerardo Mazzini was in a great form today and he scored another goal for Sona Polo from the 60-yard penalty spot. He struck a powerful shot to help Sona Polo extend their lead. The score was 3-0 after the goal. The second chukker was goalless for Rajnigandha Achievers. The score at the end of the second chukker was 3-0.

The third chukker started and both the teams were ready for a tough fight. Abhimanyu Pathak passed a brilliant through ball to Sawai Padmanabh Singh. Sawai Padmanabh Singh ran with the ball and struck a finesse shot and scored the goal. Sona Polo were now leading by 4-0. Rajnigandha Achievers were awarded a 30’ penalty and Gaurav Sahgal converted the penalty into a goal. It was Rajnigandha Achievers’ first goal. The score was 4-1 in favor of Sona Polo. Salim Azmi took the ball from the left, got past all the defenders in a nick of time and passed a brilliant through ball to Gaurav Sahgal. It was a brilliant play by Rajnigandha Achievers but Gaurav Sahgal couldn't convert it into a goal. Gerardo Mazzini attempted a long shot towards the goal. The shot was quite powerful but wasn't directed towards the goal. The third chukker was about to end. The scoreboard showed 4-1 in favor of Sona Polo and the extra 30 seconds of the chukker were in play. Gaurav Sahgal ran with the ball from the half, got past the Sona Polo defence and scored a mind-blowing goal to end the chukker in style. The score was 4-2 after the third chukker with Sona Polo still in the lead.

The excitement for the last/fifth chukker was doubled after Gaurav Sahgal scored a brilliant goal for Rajnigandha Achievers. Rajnigandha were able to get close to Sona Polo. The score was 5-4 when Gaurav Sahgal struck a sensational goal from the 60’ penalty mark. The scores were now levelled at 5-5. The match could turn either side now. The chukker was about to end and the match was progressing towards the Death chukker when Abhimanyu Pathak dribbled past Matthew Perry and Pranav Kapur from the right and made a brilliant run. He got past rest of the Rajnigandha's defence and struck a powerful shot from the angle towards the goal. He scored a brilliant goal to help Sona Polo win the match in the last minutes of the game. Sona Polo won the match by 6-5. 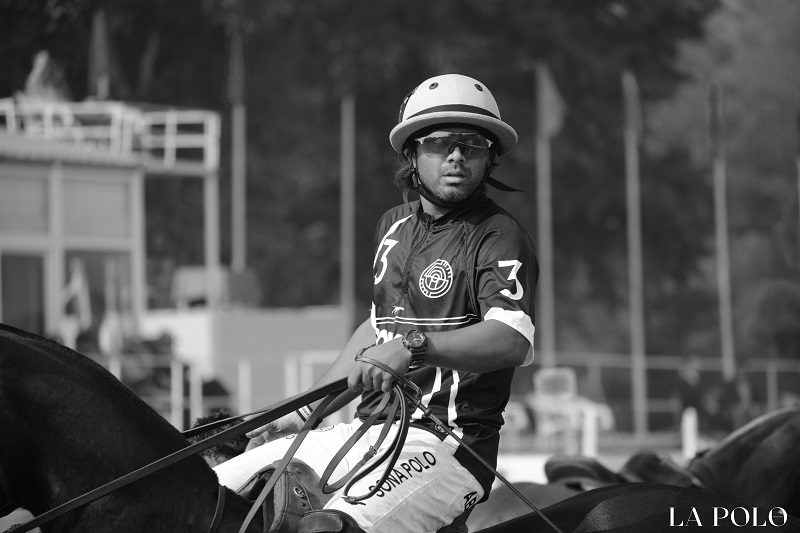 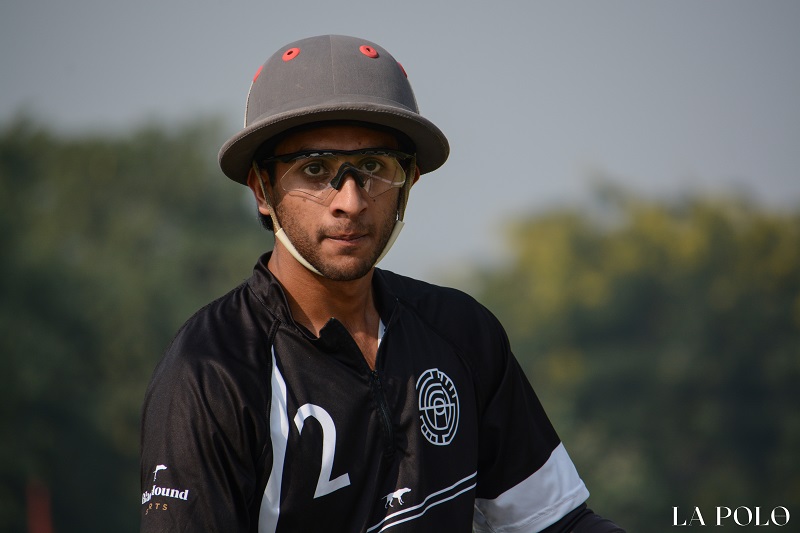 Jindal Panther/Garcha Lions win the second match of the day

Simran Singh Shergill scored a goal in the first minute of the match from a brilliant through ball from Raul R Laplacette. Simran struck the ball hard into the goal and the score was 1 - 0 in favor of Jindal Panther/Garcha Lions. After the goal, the game restarted from the half and Naveen Jindal quickly took the ball and ran with it towards the goal cutting past every defender in the way. He scored a wonderful goal for his team and the score was 2 - 0 now. Palermo Polo were awarded a chance to open their scoring account in the form of a 60’ penalty but Samir Suhag wasn’t able to convert it into a goal. The first chukker ended with Jindal Panther/garcha Lions leading by 2 - 0. 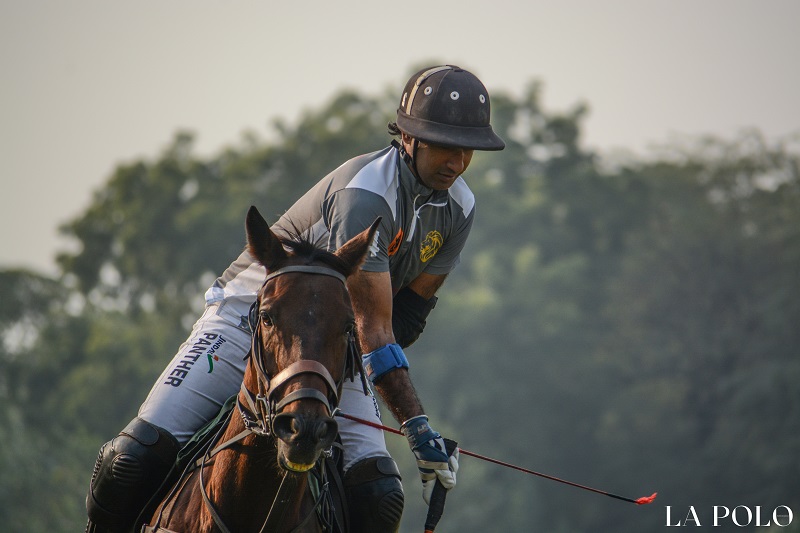 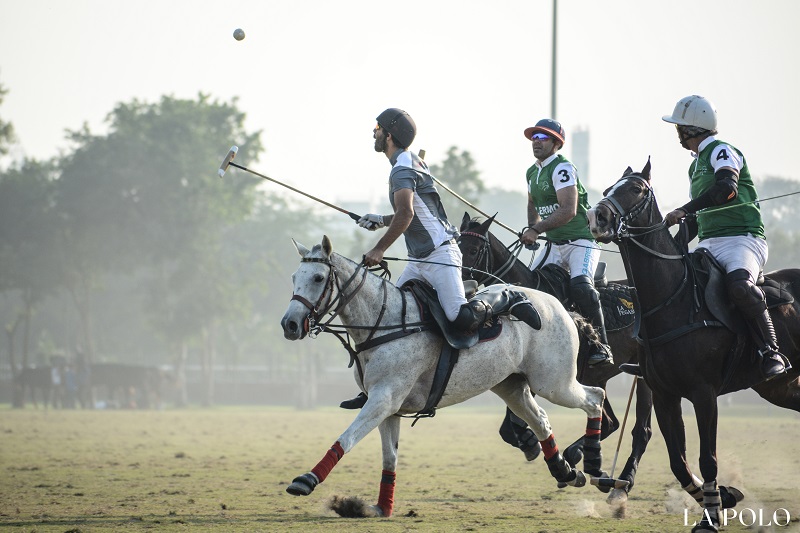 The last chukker opened with a 60 yarder penalty converted into a goal by Raul R Laplacette. Jindal Panther/Garcha Lions had the match and dominated the last chukker too. The score was 9 -4 after Raul’s goal. Jindal Panther/Garcha Lions increased their lead from a powerful strike from Simran Singh Shergill. The score was 10 - 4 after Simran’s goal. Palermo Polo were awarded a 60’ penalty in the last chukker and Dhruvpal Godara was able to score from a powerful shot. The score was 10 - 5 when Simran Singh Shergill scored from a long distance. He hit the ball casually from long distance and the ball hit the bullseye. It was a wonderful goal and the score was 11 - 5. In the final 30 seconds of the match, Dhruvpal Godara ran with the ball from the half towards the goal. The goal was empty and it was a brilliant chance to score. Dhruvpal Godara, instead of scoring it easily decided to score the goal by a backshot from angle but he missed the ball and the whistle blew for the match. Dhruvpal Godara wasn’t able to score that goal and Jindal Panther/Garcha Lions won the match by 11 - 5.