Passion for polo was enriching in the eyes of players and crowd wasn’t laying back to provide them an immense amount of motivation on the third day of the Cup.


The 3rd day of 10- goal Golden Jubilee cup of the 19th jodhpur season opened in a clear sky with breeze. 4 teams were getting ready to fought against each other for the game of polo and their main aim was victory. Th Crowd was very excited and cheerful. Passion for polo was enriching in the eyes of players and crowd wasn’t laying back to provide them immense amount of motivation. The chief guest has arrived with his beautiful Mercedes Benz car and commentators filled with agony to show their accent and photographers holding their cameras high and steady to fill it by colourful print, all seen in the matchday 3. Today, 2 teams would be qualifying for the finals as the tournament is based on league points and final to be played on 31st December.

Sahara Warriors V/S Polo Heritage
The first match of the 10- goal Golden Jubilee cup of the 19th jodhpur season, matchday 3, was in between Sahara Warriors and Polo Heritage. Both teams are always confident tackling their tough opponents and have a similar style of play i.e. ‘attacking.

Here is the team squad for both teams as follows-

Here starts the 1st chukker with Simran Singh Shergil in Control of the ball. Simran taking the ball up in the front but Siddhant not able to capitalize the situation as Yogeshwar was providing some sought of pressure at him. Out of nowhere, Simran Singh Shergil like a beam of light scores a beautiful goal for Sahara Warriors. The score is now Sahara warriors-1 and Polo Heritage-0. Out of a sudden, Dhruvpal scores a fantastic 60-yard penalty making the score for his team, Polo Heritage, equal. Out of a sudden, Penalty is awarded to Polo Heritage and Dhruvpal Godara stands tall to take the penalty and converts it magnificently. Here ends the first chukker and the score is Polo Heritage-2 and Sahara Warriors-1. Dhruvpal Godara, India’s finest, playing his best game for Sahara Warriors.

The final and 4th chukker begins with both team eyeing to score and get victory in their favour house. Dhruvpal Godara in control in the beginnings of the chukker. Out of sudden, Sahara Warriors favouring a penalty by umpire and but Sahara warriors not able to convert the penalty. The result remains the same. Out of a sudden, Dhruvpal Godara got a penalty in their favour and he converts it beautifully. Dhruvpal team, Polo Heritage snatching the lead. The results are Polo Heritage-8 and Sahara Warriors-7. Out of nowhere, Dhruvpal got a penalty in favour and he strikes it well but with bad faith, he could not able to put his strikes towards the Goal post. Here ends the 4th and final chukker and the results are- Sahara warrior-7 and Polo Heritage-9.

Congratulation to Polo Heritage for winning the match. 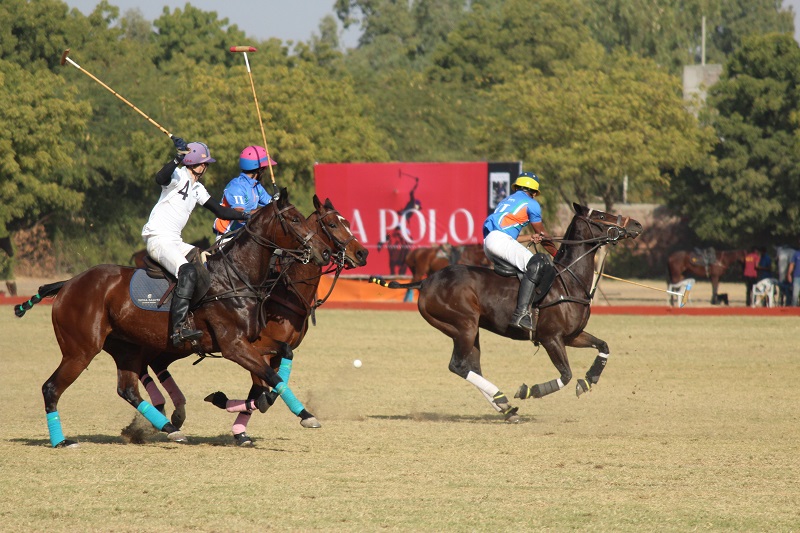 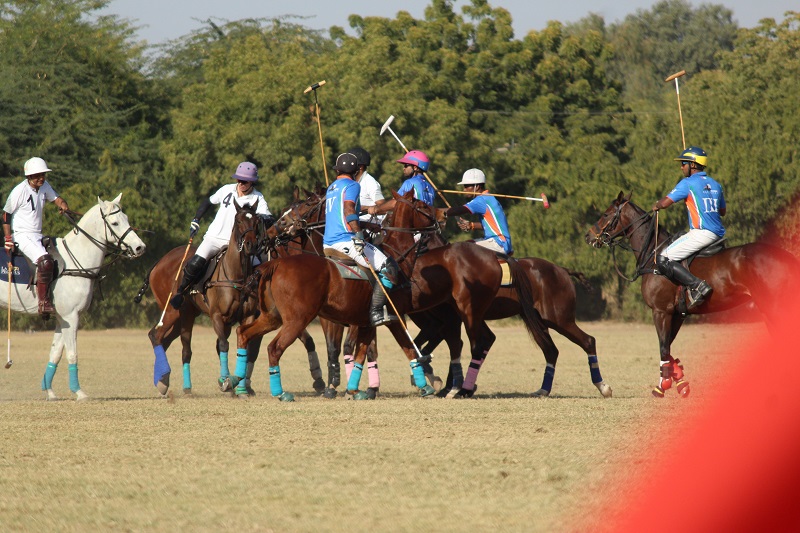 JODHPUR V/S CENTRAL ACADEMY
The second match of the 10- goal Golden Jubilee cup of the 19th jodhpur season, matchday 3, was in between Jodhpur, the Hometown team and Polo Heritage. Both teams have played with each other and clearly knows the pros and cons of their gaming style.

Here are the team squad as follows-

The first chukker begins with Angad kalaan like a true warrior scores a fantastic solo goal in the first 30 seconds and takes the lead for his Home-team “Jodhpur”. Out of a sudden, 60yard penalty is awarded to Central Academy and Abhimanyu Pathak looking up the goal and strikes the ball towards his players, Vikram Aditya, who makes the difference by scoring the goal for Central Academy. The score is now Jodhpur-1 and Central Academy-1. Janmejai doing all the extra-ordinary things but not able to provide the end product i.e. the strike towards the goal. Abhimanyu Got a penalty in favour and Abhimanyu like a tall, handsome jockey converting the goal for his team Central Academy and taking the lead for the same. Out of nowhere, 60yard penalty is awarded to Angad and he cleanly strike the ball but with bad faith, not able to convert the penalty as he strikes towards the outside of the goal post. Central Academy again scoring the goal by Bhawani Kalvi and here ends the chukker with the end result of Central Academy-3 and Jodhpur-1.

The 2nd chukker begins with Jodhpur likely to eye for the incredible comeback. Kuldeep out of nowhere scores a goal for Central Academy. The results are now Central Academy leading with 4 goals to Jodhpur-1. Abhimanyu Pathak is playing very well from the starting of the match as he provides all the assists to his players to score a goal. Out of nowhere, Central academy is awarded by 60-yard penalty and Abhimanyu Pathak strikes it well but intercepted by Angad Kalaan but still goes towards inside the goal. Abhimanyu scores the goal and taking the score level to Central Academy-5 and Jodhpur, the hometown team, -1. Again, Janmejai doing all the extra-ordinary things but not able to provide the end product i.e. the strike towards the goal. Here ends the 2nd chukker and the score level is Central Academy-5 and Jodhpur, the home team, -1.

Congratulation to Central Academy and Chandna Cavalry Polo for qualifying for final of the cup which will be held at MGSF ground, Jodhpur on the last day of the year i.e. 31st December. Kuddos to both teams. May the best team win in the finals. 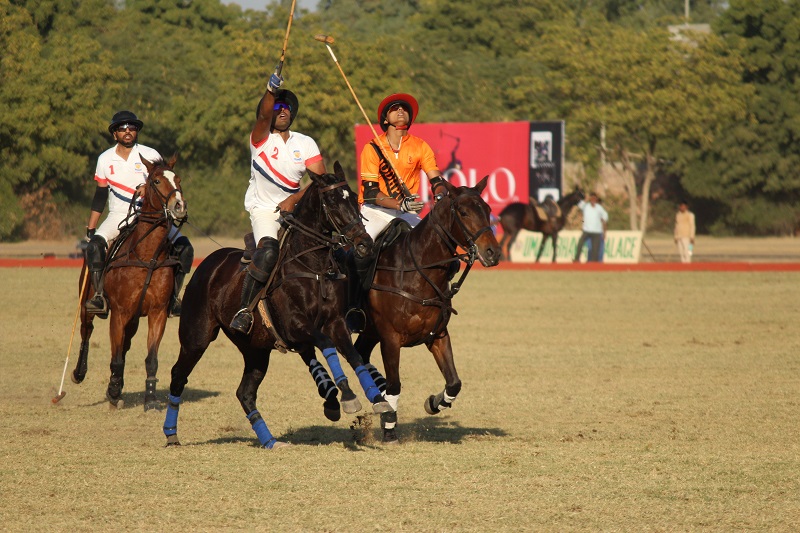 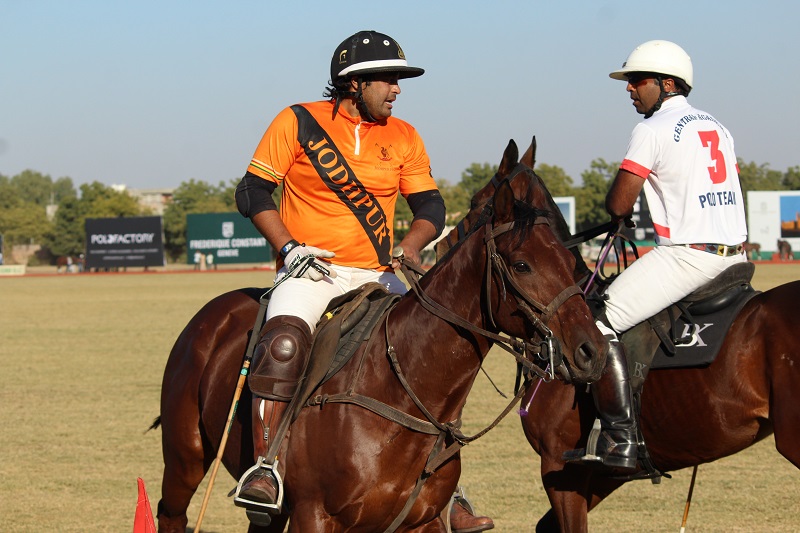