Who Ruled The Day 3 Of Rajmata Gayatri Devi Cup ?


Scorecard at his peak level and game entrusted with total agony and surprises, match day 3 it is.


The day started with heat rising and the temperature shifting Low to high. The crowd is hanging towards the stands and players riding their horses to find out the real strength. All happened in the 4th day of 10th Goal Rajmata Gayatri Devi Cup where 2 teams are battling to go further and qualify for the semi-finals of the Cup.

SAHARA WARRIORS V/S CHANDNA GROUP
The 2nd match of matchday 3 of the Rajmata Gayatri Devi Cup saw two teams glancing towards the path for victory. Sahara Warriors will go head to head with Chandna Group team for battling a tough fight for victory.

Here is the team composition for both the teams as follows-

Here are the referee of the game as follows-


The match is about to happen and Chandna Group is favoured with half point advantage in the beginning of the handicap. The 1st chukker underway with both the teams fighting to control the ball in the beginning of the chukker. Out of a sudden, Mathew Perry in full confidence scoring 3 consecutive goals for his team, Sahara Warriors and snatching the early big lead by the opponent team Chandna Group. Watching this, Dhruvpal Godara in fighting spirit scoring 3 goals consecutively with motivation and passion in his eyes for his team Chandna Group and equalising the score card with the opponent team, Sahara Warriors. Dhruvpal Godara has scored his 2 goals by converting 40-yard penalties and one with direct strike towards the goal. Here ends the chukker with the result as Chandna Group- 3.5 and Sahara Warriors- 3. Both teams displayed great amount of play, Defensively and Attacking wise too.

The 2nd chukker started with both the teams displaying top class showdown of their capabilities and zeal. Here starts the chukker and Chandna Group controls the ball in the beginning. Out of nowhere, Dhruvpal Godara, India’s Finest, converting 2 penalties, one 30yards and another 40yards, which are favoured within his house and he snatches the lead from the opponent team. Watching this in pressure, Mathew Perry and Angad Kalaan scoring one each goal to equalise the score for their team Sahara Warriors but still Chandna Group trailing by half point advantage which they favoured in the starting of the handicap. Here ends the chukker and the results are as follows, Chandna Group- 5.5 and Sahara Warriors- 5.

The 3rd chukker starts with both the teams looking towards the path of victory and playing the match with utmost motivation and agony. Here undergoes the chukker and Sahara Warriors controlling the ball in their half. Out of a sudden, Mathew Perry scoring two goals in a moment for his team, Sahara Warriors snatching the lead from the opponent team. Mathew Perry scored one goal from 30yard penalty and another from fabulous strike. Watching this, Chandna Group looking for an answer and Dhruvpal Godara favoured with the penalty and he scored an important goal for his team in the third chukker end minutes. Here ends the chukker with the results as follows, Sahara Warriors trailing with half point with the score of Sahara Warriors- 7 and Chandna Group- 6.5.

Congratulation to Sahara Warriors for an incredible, magnificent and Fabulous victory in the matchday 3 of Rajmata Gayatri Devi Cup. 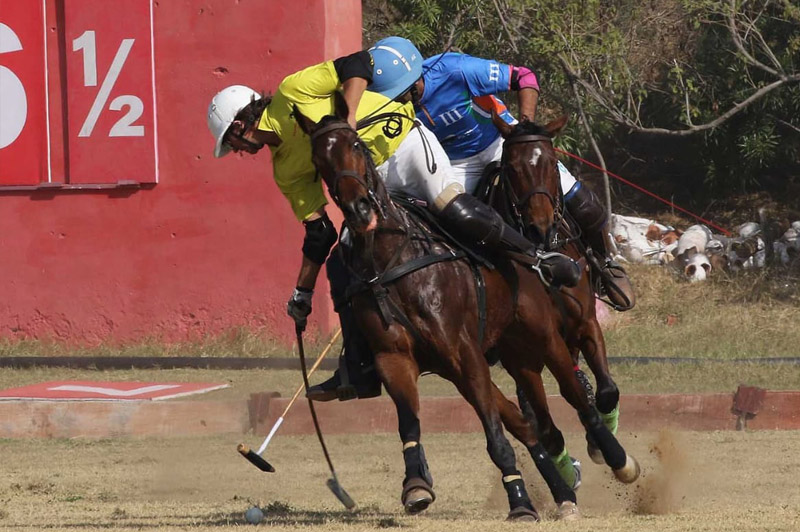 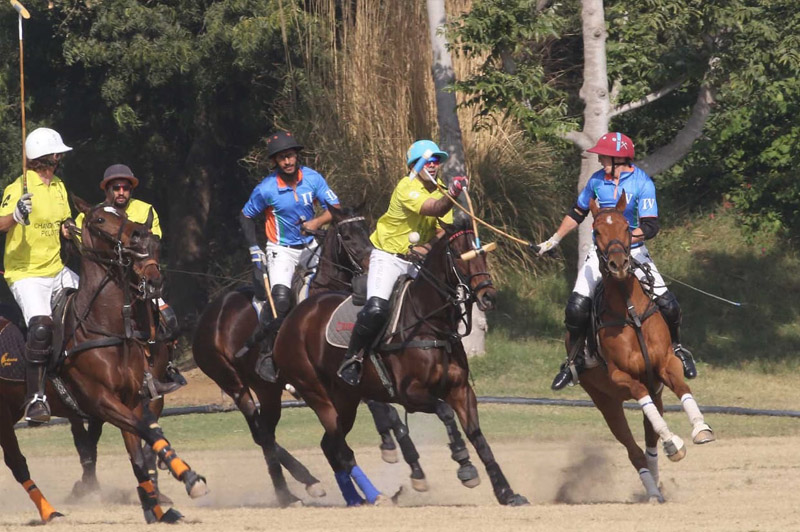 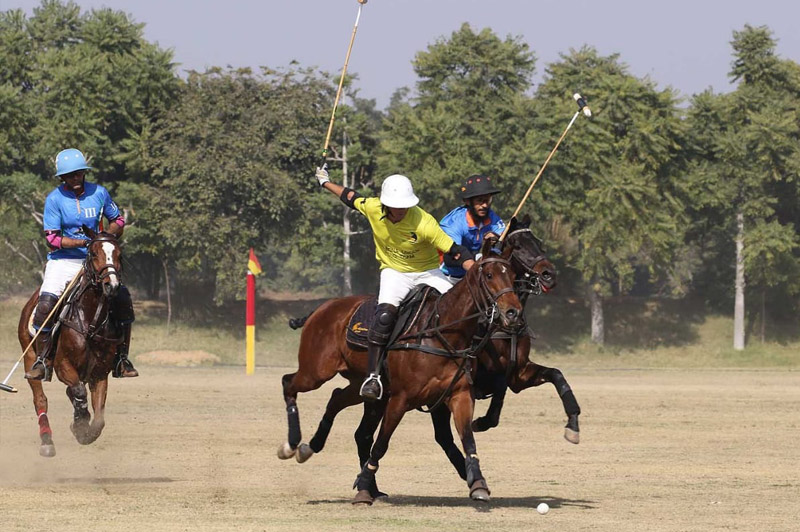 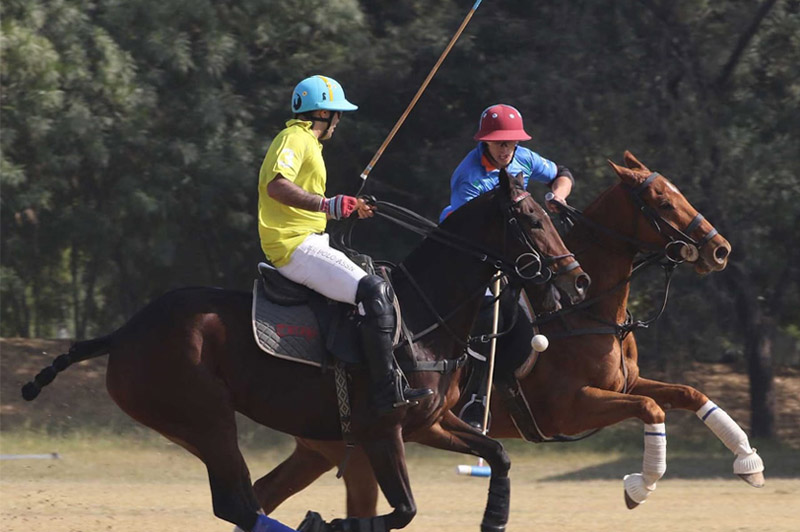