A Day Of Pressure In The Princess Diya Kumari Cup


Pressure is a name of victory and often we see players got scared by those. But those who scare their pressure, makes way to their glory encloses them towards their dream gate ending.


The day opened with frilled winds and a cloudy sky. Brighter as a light, the ground was reflecting a mirage image of passion and love for the sports. Its entities such as horses swinging like freedom has established again like long way back when India got its independence. Match at his best swinging tight and tough and that’s how a battle for polo game are fought. 8-goal Princess Diya Kumari Cup, the 3rd day of the 8th goal tournament of the Jaipur Polo Season witness 4 teams contesting for the victory to hold the trophy with pride and that’s how the match emerges for overwhelming Jaipur Season.

61 CAVALRY V/S JPRC
The 1st match of the 8th- goal cup of the Jaipur season, was in between 61 Cavalry and JPRC. Both teams are capable of up siding things and matter around their classiness of polo and passion for the sports.

Here is the Team squad for the game of the cup-


The first chukker begins as both the teams are ready to face each other and looking motivated to win this Match for the qualification to semi-finals of the cup. The chukker began with Ravi scoring the goal for his team, 61 Cavalry. Out of a sudden, 40-yard penalty has given in the favour of JPRC team. Vishal Singh eyeing for an equaliser and he converts it beautiful for JPRC. The score results are 1-1 to both the teams. Again, Ravi Rathore with his phenomenon form scores an incredible goal for his team, 61 Cavalry and snatching the lead from JPRC. Out of a sudden, a whistle is blown and JPRC got a 5p penalty. Vishal Singh again looking for a goal and converts wit high and up from the defenders and scores for his team an equaliser. The score is 2-3 to both the teams. Out of a moment, Tarun, player of JPRC, scores a wonderful goal for his team and snatching the lead from 61 Cavalry. Here ends the chukker and the score are 61 Cavalry-2 and JPRC-3.

The 2nd chukker begins with 61 Cavalry looking confident for scoring an equaliser for their team. Both the teams have played very well defensively as well as attacking side too. Out of sudden, a foul is committed by the JPRC team and a 30-yard penalty is favoured to 61 Cavalry team. Ravi Rathore eyeing for an equaliser and he converts it beautifully. Here ends the chukker with the results, 61 Cavalry-3 and JPRC-3.

The third chukker start with both the teams looking stable and are showing capabilities in the game. Out of sudden, a 60-yard penalty is awarded to JPRC team and the 3 goaler, Vishal Singh, stands tall against the ball and converts it beautifully as a goal. Here ends the chukker with the results, 61 Cavalry-3 and JPRC-4.

The 4th chukker under ways and Vishal Nihalani, player from JPRC team, scores one more goal for his team. The pressure is building up for the team 61 Cavalry as the score is JPRC-5 and 61 Cavalry-2. Out of a sudden, Ravi scoring back to back 2 goals, one with brilliant strike towards the goal and another through 40yard - penalty conversion. 61 Cavalry able to score an equaliser by the goals of Ravi Rathore. Ravi Rathore has played the game incredibly as he looks like a man of the match. Here ends the chukker with the results, 5-5 to both the teams.

Now the 5th chukker will undergo to find out the golden goal winner of the match. The 5th and final chukker begins with both the teams looking to score one more goal faster and win this match for qualify for semi-final of the cup. Out of nowhere, Ravi Rathore scores an absolute ridiculous strike towards the goal and it resulted in the golden goal and he takes the victory for his team. All the goals of 61 Cavalry team are scored individually by one player i.e. Ravi Rathore. What a player he is. The crowd and the commentator applauding his passion for the sports. Here ends the final chukker with the result, 61 Cavalry-6 and JPRC-5.

Congratulation to 61 Cavalry team aka Ravi Rathore team for victory. Kudos to the performance of Ravi Rathore.
ASC TEAM V/S POLO FACTORY
The 3rd day of the Princess Diya Kumari cup witnessed Asc and Polo Factory go head to head for the qualification for semi-finals. The 8-goal cup of the Jaipur Polo season Matchday 3 was full packed with total excitement and agony.

Here is the Squad for both the teams as follows-

The first chukker starts with half point is awarded to Asc team by the officials. Match started with Abhimanyu Pathak, got a penalty in favour of their team, Polo Factory and he converts it beautifully. Again, Abhimanyu Pathak scores for his team taking the lead up from 1 more point. Out of nowhere, Padmanabh, also known as Pacho, score an absolute beauty goal and everyone was so impressed by the Maharaja of Jaipur. Here ends the chukker with results, Asc Team-.5 and Polo Factory-3.

The 2nd chukker under-ways Naveen scoring a goal for the comeback for his team, Asc. Out of a sudden, a whistle is blown and a 30-yard penalty is awarded to Polo Factory. Abhimanyu Pathak eyeing on the goal and converts it beautifully. Out of a sudden, a 30yard penalty is favoured to Asc team and Shamsher Ali easily converting it as goal. Here ends the chukker with the result Asc team-2.5and Polo Factory-4.

The 3rd chukker under way with both team looking strong in their half and looking for qualification to precede in the cup. Out of a sudden, Akshay scoring a goal from an acute angle and taking the score up for Polo Factory. Out of a sudden, Naveen Singh scorning 2 back to back goals and taking ten score level up for his team, Asc team. Here ends the chukker with the results, Asc team- 4.5 and Polo Factory-5.

The 4th chukker starts with both teams are at the same level and each team glancing towards the victory platform. Out if sudden, Ravindra, player from Asc team scores a goal for his team and snatching the lead from Polo Factory. Again, a foul is committed by Asc teams and 30-yard penalty is favoured to the Polo Factory team. Abhimanyu Pathak again looking for a goal for the lead and he score it beautifully. The score results are Polo Factory-6 and Asc Team-5.5. Out of a sudden, Shamsheer scoring an absolute banger for Asc team here ends the final chukker. The score results are Asc team-6.5 and Polo Factory-6.

Congratulation to Asc team for winning the match. 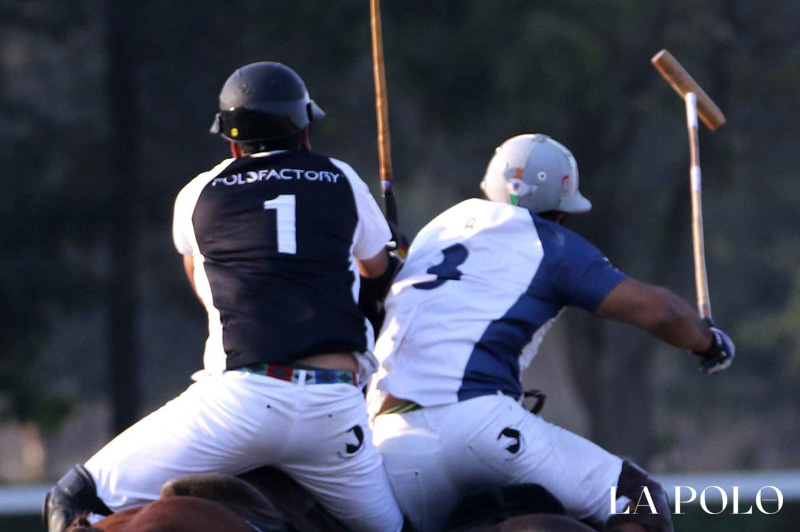 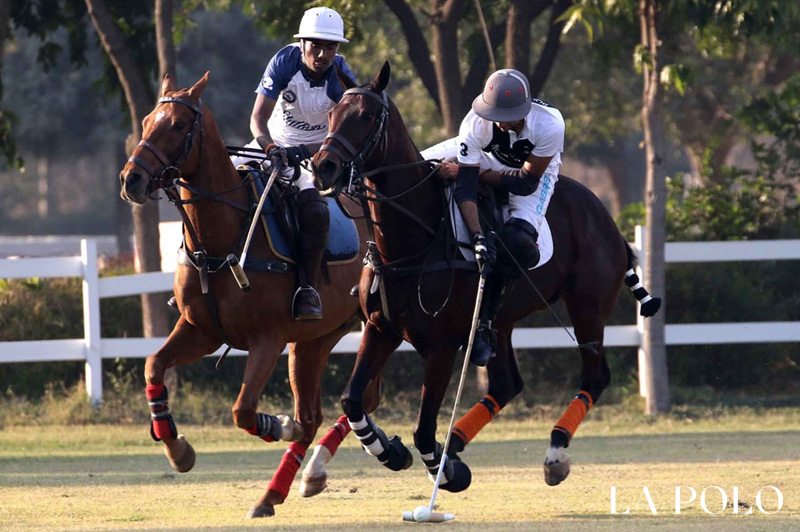 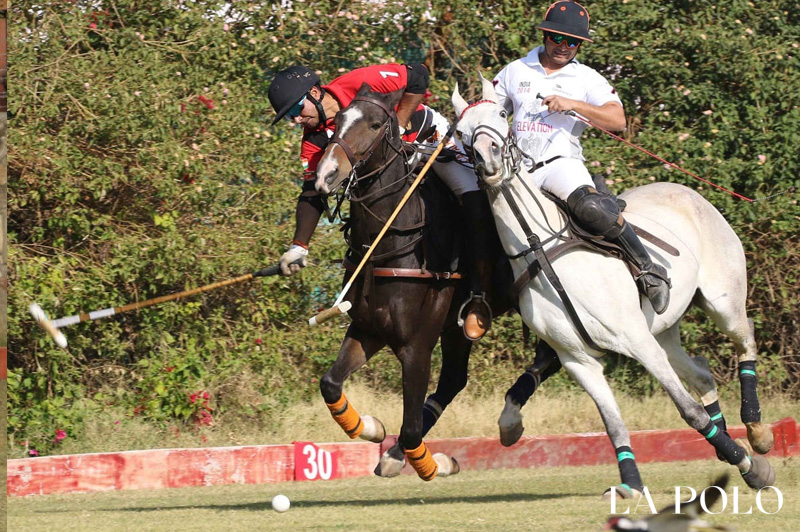 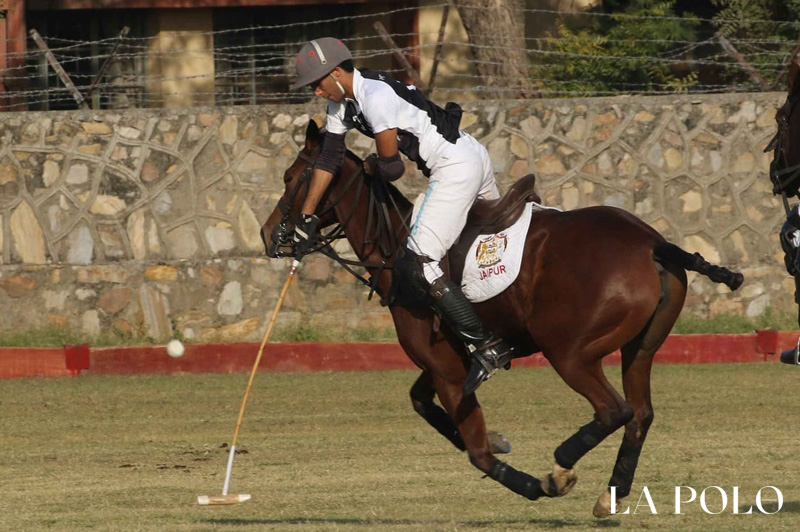