Decoding The Sport Of Kings Polo With Roddy Williams

The 5th generation of the family into polo, Roddy Williams in a conversation with LA POLO


Dwelled into the progression of a competitive game, you will find the intensity of the match volume up in a strategic voice that would fill the air of the polo field seeking for sudden attention. Roddy Williams would take control of the ball and solely tap it to the goal post bringing stepped lead for his team at the Delhi Fall Polo Season 2019. Being too good for a +3 handicap professional polo, Roddy Williams would leave a sense of mystery for his game if you watch him play for the first time.

Soundly aggressive on the field, Roddy Williams on the final hooter would come to the edge of the field and with a flash of a flamboyant smile would remove his helmet running his polo tired hands roughly through his long bronze hair. Smelling of grass, horses and sweat, Roddy Williams in his polo look sat in conversation with LA POLO opening up about his polo journey, his love for horses and some of his greatest memories. 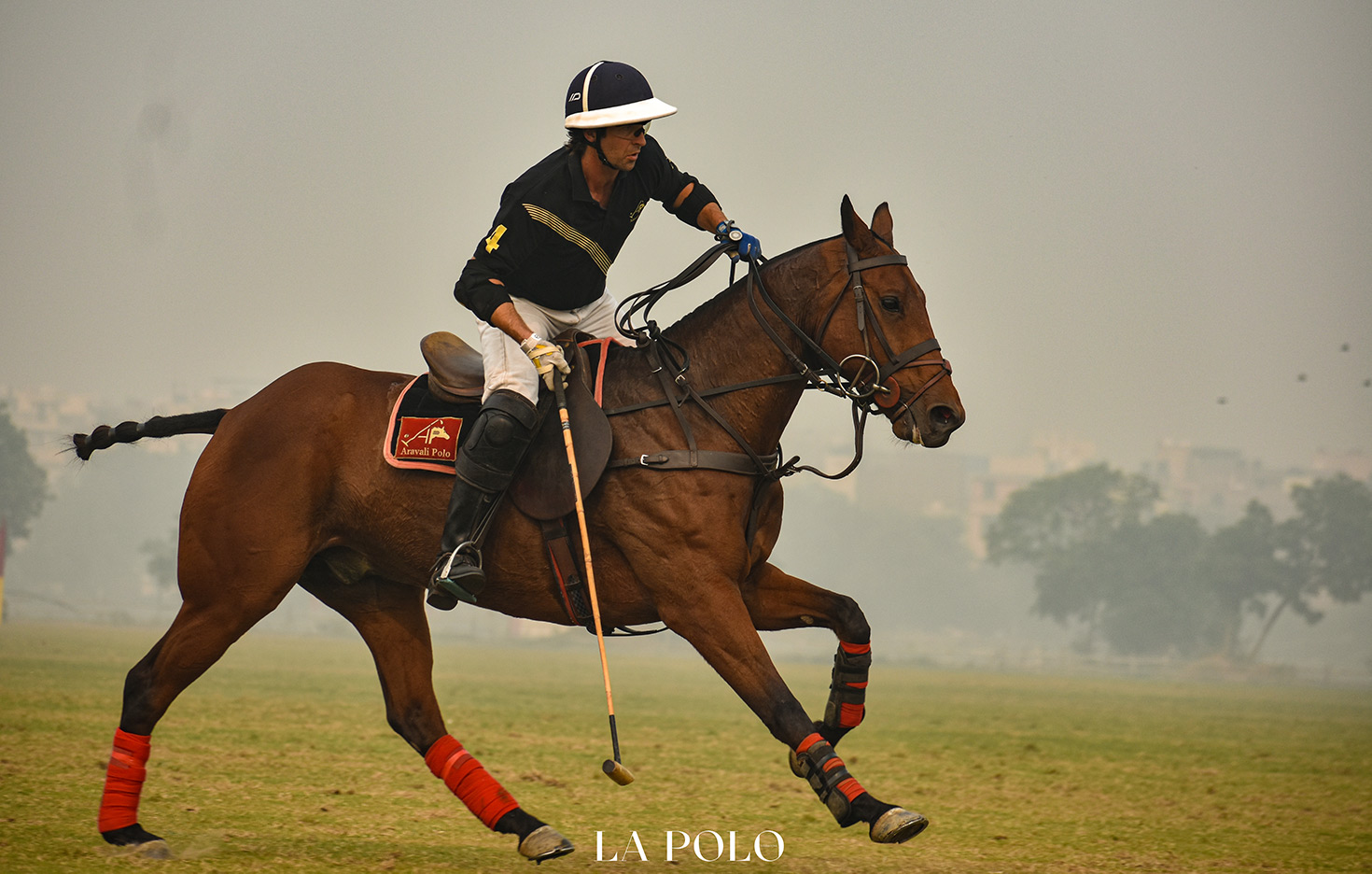 LA POLO: Roddy Williams. How would you introduce this name to the world?
Roddy Williams: Introduce myself (laughs). Well, my name is Roddy Williams and I am a +3 handicap polo player. I used to come here in India a lot when I was younger. I was +6 goal then, now, I am getting a bit old. I came out for the best part of the decade every season to play in India with Vikram and Rajesh Sahgal mostly.

LA POLO: So how did Polo happen to you?
Roddy Williams: I am a 5th generation paying polo in my family, and our kids are the 6th. Polo was always a family sport and a family time. I started in the Pony Club and Schools Polo in the UK which is a big thing. When I left school I had a contract with Kerry Packer Ellerston team for two years. And then from there I just kept playing.

LA POLO: You started playing at the age of 7, so why such an early start? And then do you also believe that every player should start at an early age?
Roddy Williams: No, our kids have started at eight and he is nine. He is prized the Most Promising Polo Player in the lower level of the pony club this time. And that’s just about the right age. He rides reasonably well and he is strong enough to swing the stick. If the kids are enjoying it and if they are safe and the ponies are safe it is good to start.

LA POLO: How long have you been in Polo?
Roddy Williams: All my life! I have been a professional player when I was 17 or 18. Today I am 45 and I am still playing.

LA POLO: As a polo player, how do you think you can shape your career even now?
Roddy Williams: It’s all about horses, fitness, good teams, playing with people you like to play with and paying attention to every detail of the game and the organisation. You just need to improve by 10% each day.

LA POLO: What has been your favorite memory so far?
Roddy Williams: I had a lot of fun playing here in India, won most of the cups that India has. I also met the Rajmata from Jaipur. I was the captain of Prince Harry’s team when he played for the first time he played in a big international match at the Guards. So that was a big moment.
I have played a lot of test matches for England. Winning the main games against Brazil with my best friends. All of these have been big moments for me. 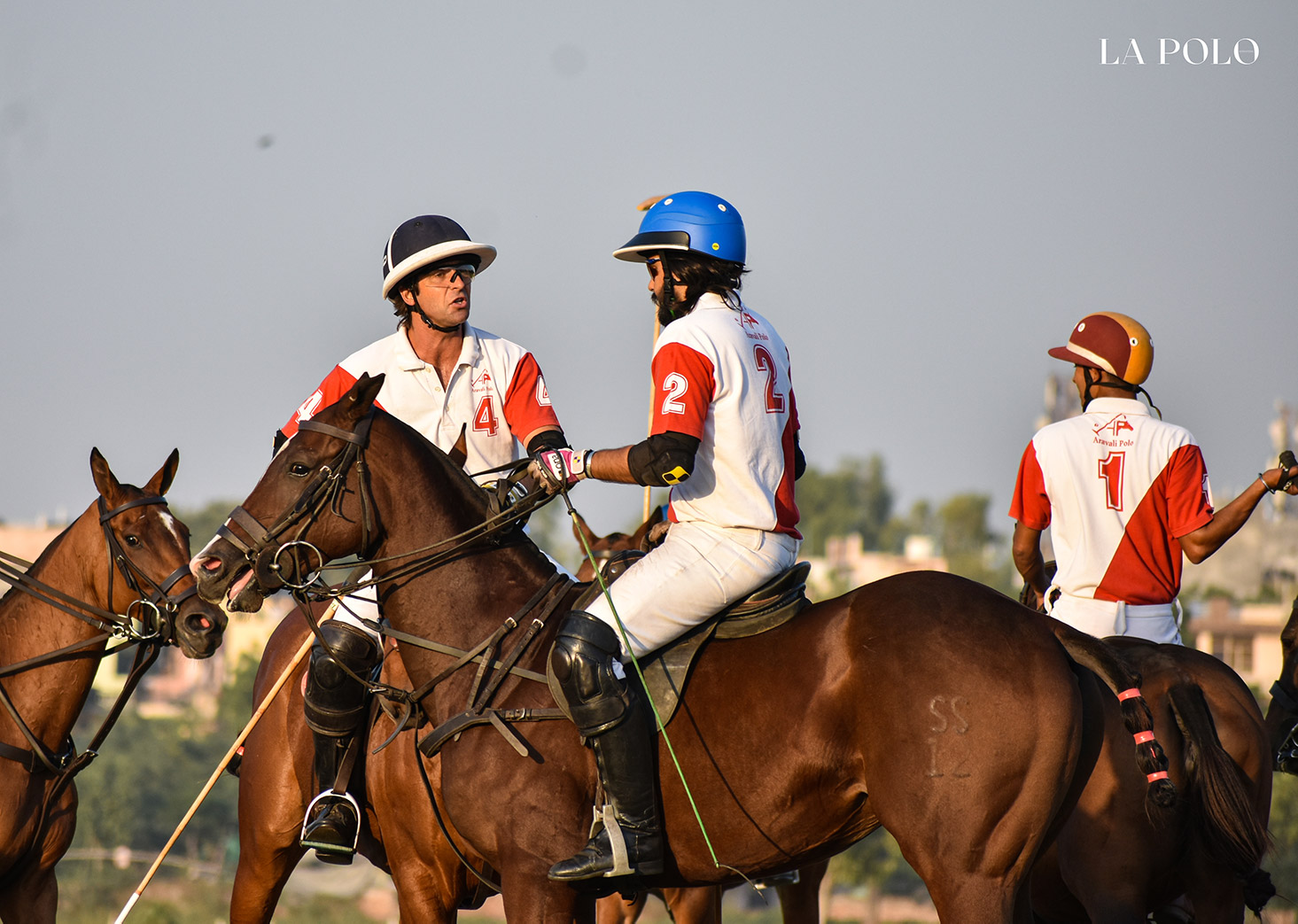 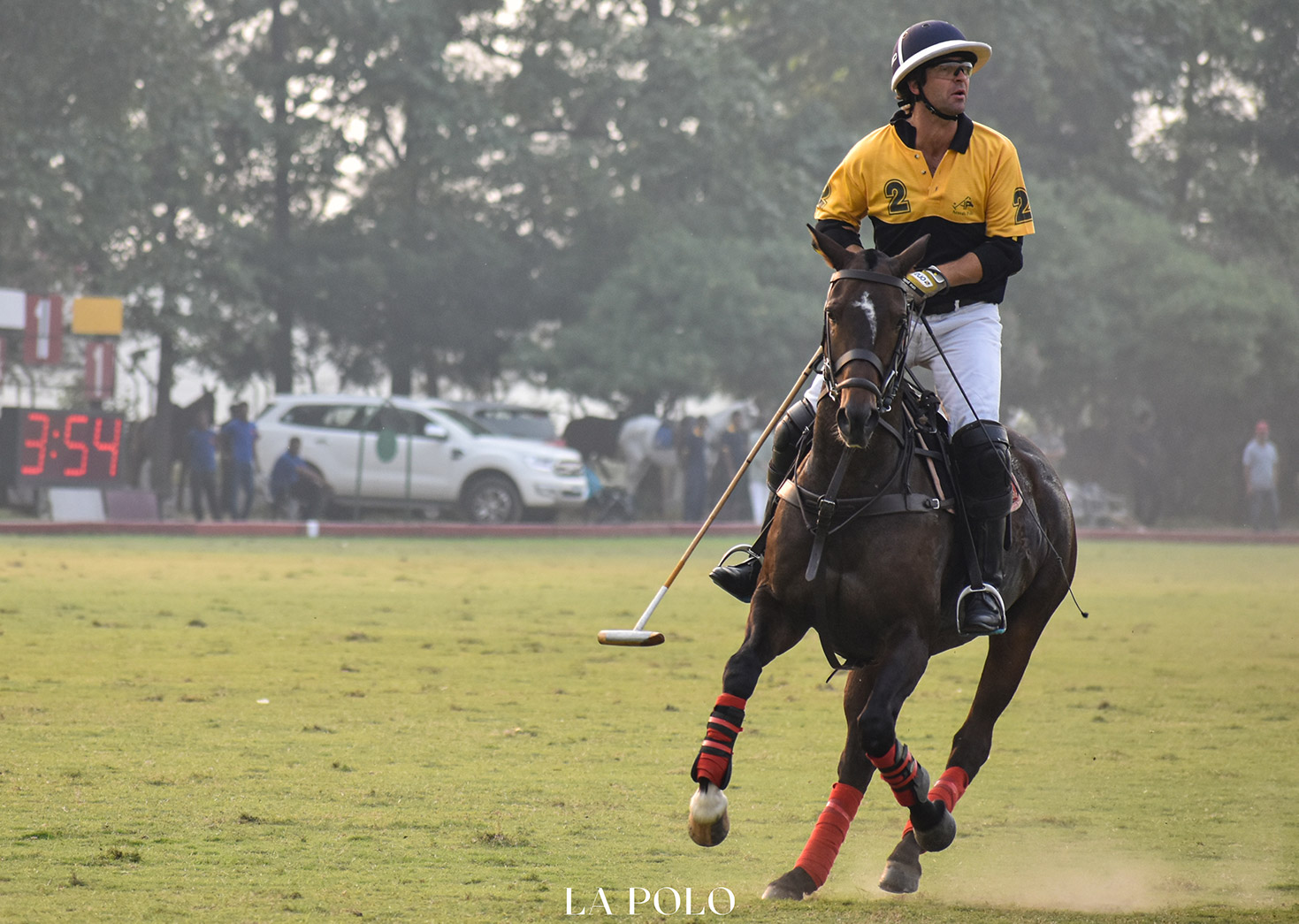 LA POLO: How would you define your ultimate dream in Polo?
Roddy Williams: I would want to play with my kids. They are just seven and nine right now. They are too young, but I hopefully wish to play with them before I get too old. I try and push them along a bit. Hopefully in the next 10 years I will play with them.

LA POLO: So you haven’t played with them professionally yet…
Roddy Williams: No not yet. They are only nine and seven. It is important for them to play other sports. Actually it is important for all the kids to indulge in other sports and then they do a bit o riding. It is then that they combine different games, the hand and eye coordination seeking it from hockey, rugby, football. It can be anything.

LA POLO: Do you think it is important to learn other sports to help with hand and eye coordination that can be used in Polo?
Roddy Williams: Yes. Definitely. I think there is a restriction here in India on the young players. It is a fact that they do not play football, rugby, hockey. They need to have a better understanding of the team sport. There is a lot of young talent coming through but they need to develop the knowledge of a team sport. Usually when you look at the top players and the Argentines for that matter, you will find they are all good at one of the other sports like football, rugby, hockey or tennis. Let us say take for example, Adolfo Cambiaso is an amazing tennis player, a golfer and a +10 polo player. 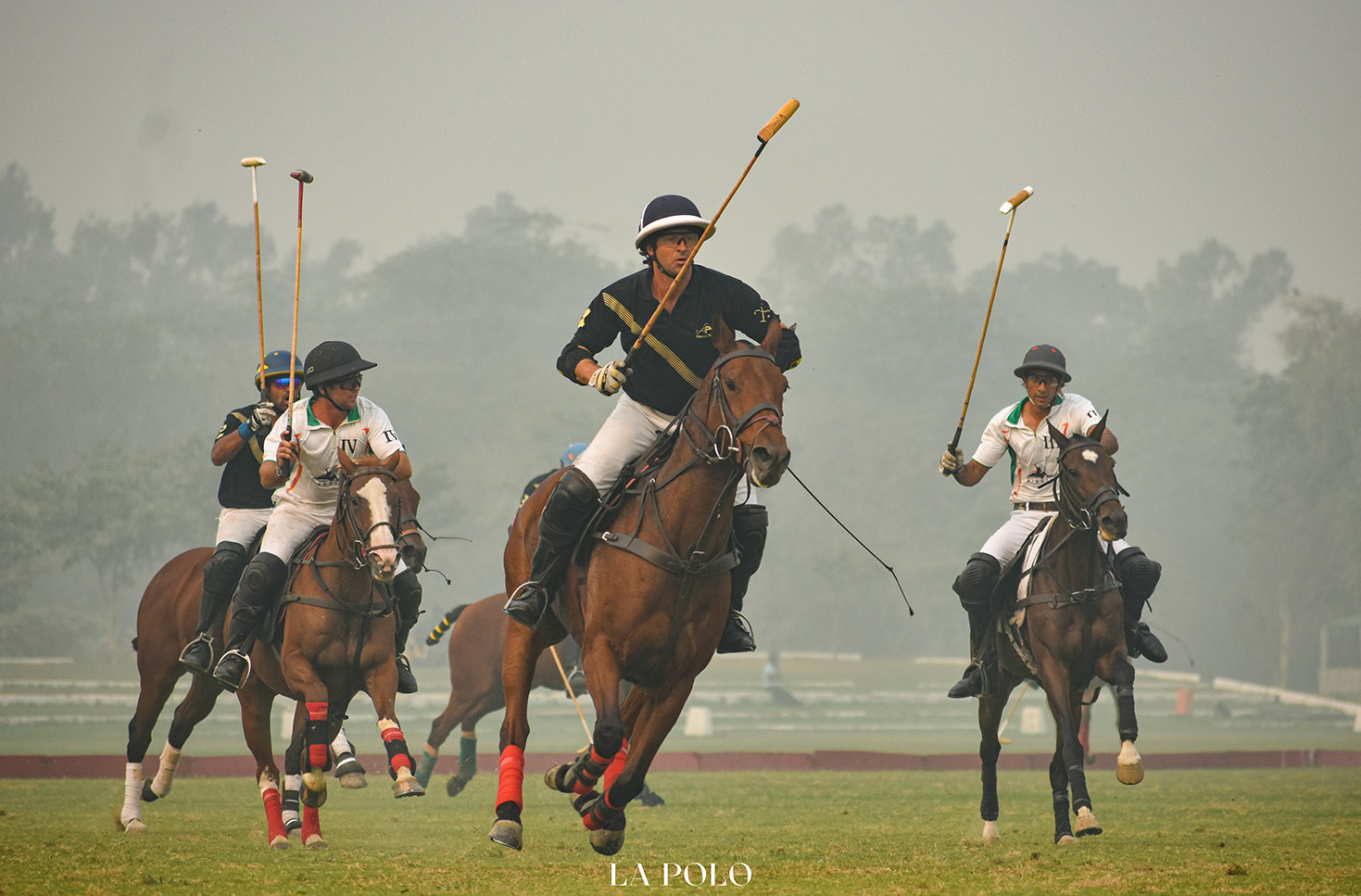 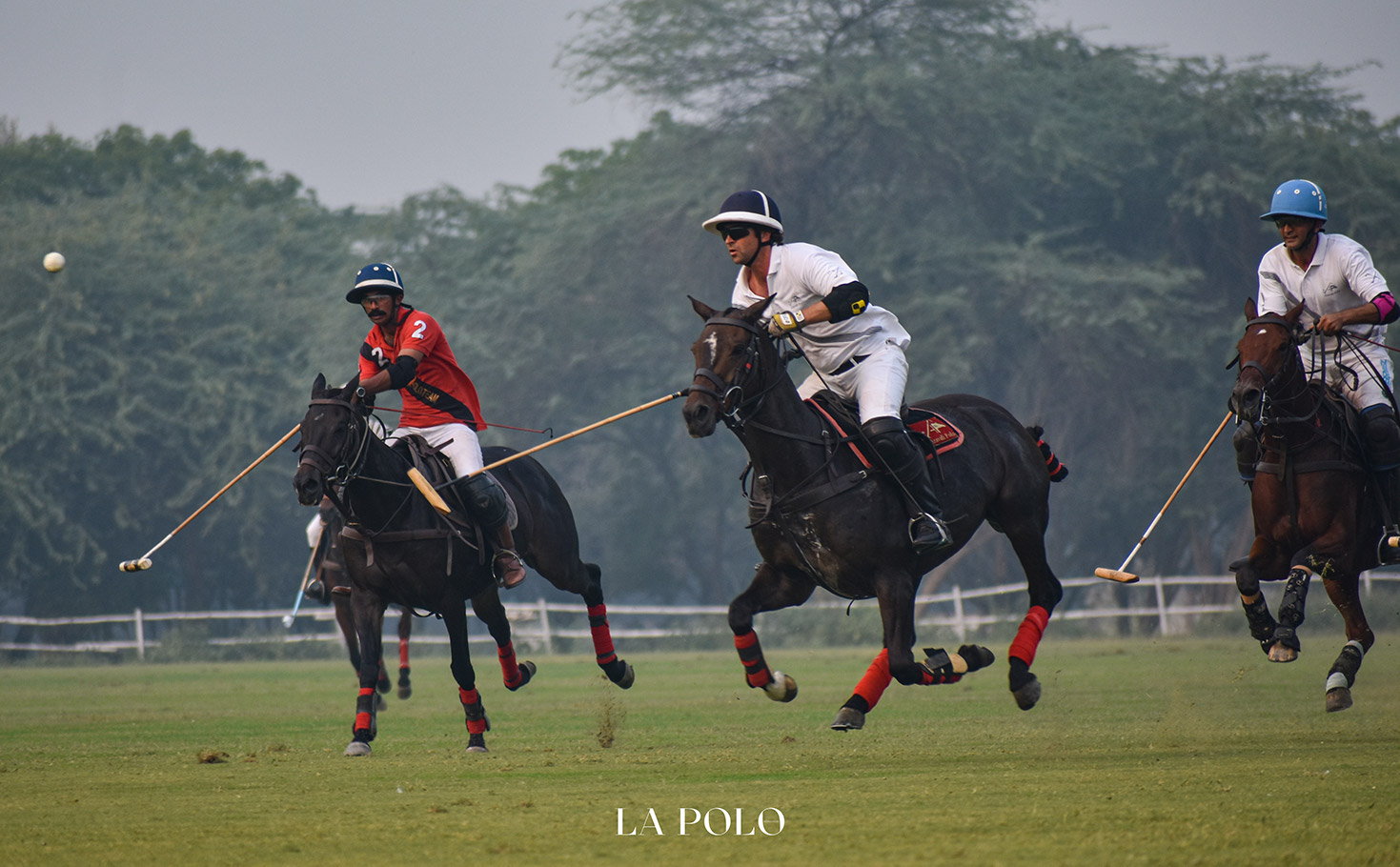 LA POLO: So which of these sports did you take to?
Roddy Williams: Well I played all of them when I was younger. Although I touch a little of rugby even now with my son. But I don’t play many other sports now. I play tennis too, but when I was younger I played everything. I was crazy about sports.

LA POLO: Polo players tend to be teammates on one day and opponents in the very next tournament. Does that help you to understand the moves, style and strategy or is it difficult being otherwise? Roddy Williams: One week you might be playing with one player and the other week you might be against them. So you need to know all of their games. They might be on the same horses. You need to know all the ponies, all the players and what player will mark what side of the ground. Because polo is a percentage game. You need to calculate the moves all the time in your head. You need to know if a certain player is going to pull off the game or not. Or if a certain horse is going to do, the level of the horse. You need to continuously think about the possibilities.

LA POLO: Between all of this, how did India happen to you?
Roddy Williams: Ah! I am trying to remember. May be my first time was when I came with Rajesh Sahgal and co-incidentally I played with his son Gaurav Sahgal this season. It is fantastic because when I first started to come in, Gaurav was only a young kid. So, back then we use to make teams and then it started to turn out pretty good after which we ended up playing Polo for some eight to ten years. I have also played with the Kalaan brother in the past and here in this season I am playing with Angad Kalaan. It is just so comfortable to play with someone you have played with in the past. 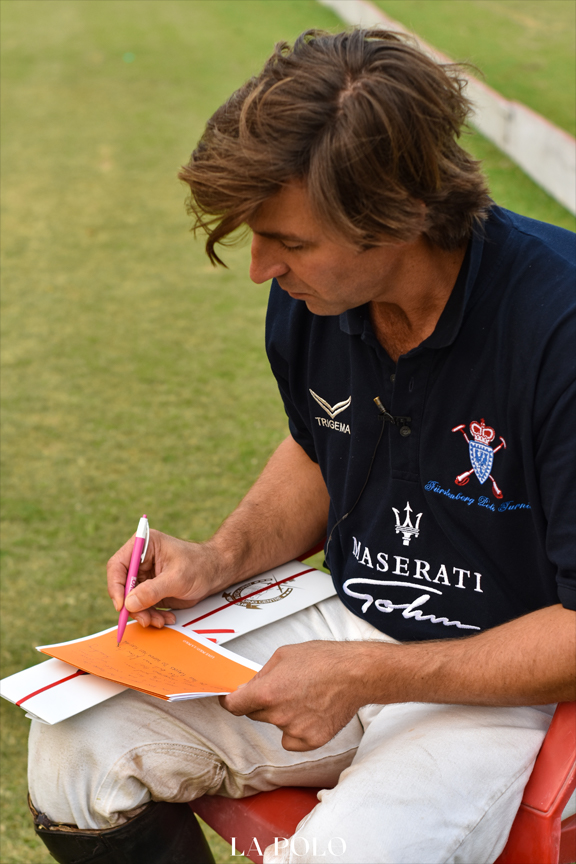 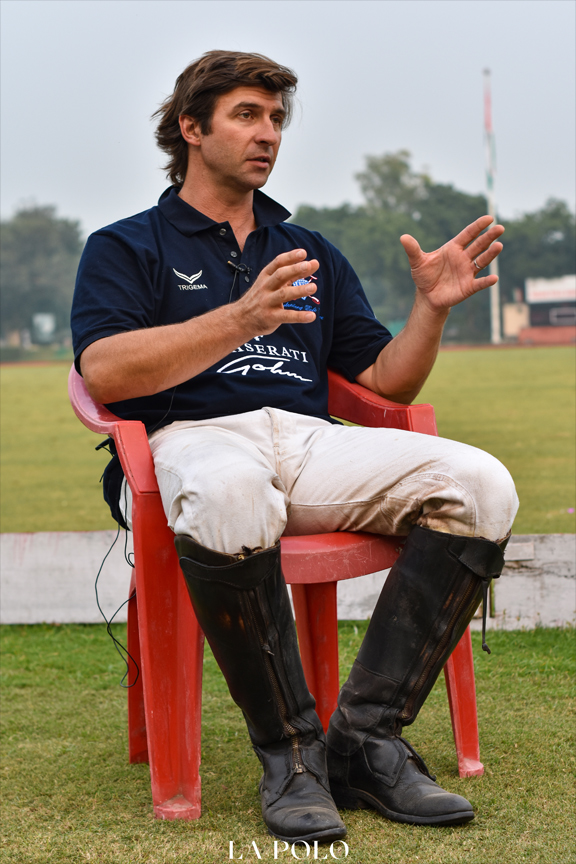 LA POLO: Since then, how has India treated you?
Roddy Williams: Oh very well. India has been great to me. I love the food here. Also coming to Polo, the game has improved a lot since I came here the last time. I was here 12 years ago for a tri-nation tournament which had England, Spain and India. A lot has changed since then. The grounds are much better, the players and the game technique has changed, the ponies too are better. Most of the players who were playing then are still playing now and are passing on their knowledge to the younger players and India itself has changed a lot. It has become very cosmopolitan.


LA POLO: How is Indian Polo different from other countries?
Roddy Williams: Here in India, it is a very small community. In England a tournament would have at least 20 teams coming in from all parts of the country and the clubs but here it is the same guys playing in almost all the tournaments. There are although some players coming in from abroad and some teams coming in from Jaipur but the characters being the same. During the season, it is great where the whole community sits together and enjoy. If you win the tournament, everyone congratulates you and if you lose they share the misery. It is a really good vibe here. I don’t think India has lost any of its charm since the last 20 years that I have been coming in for. 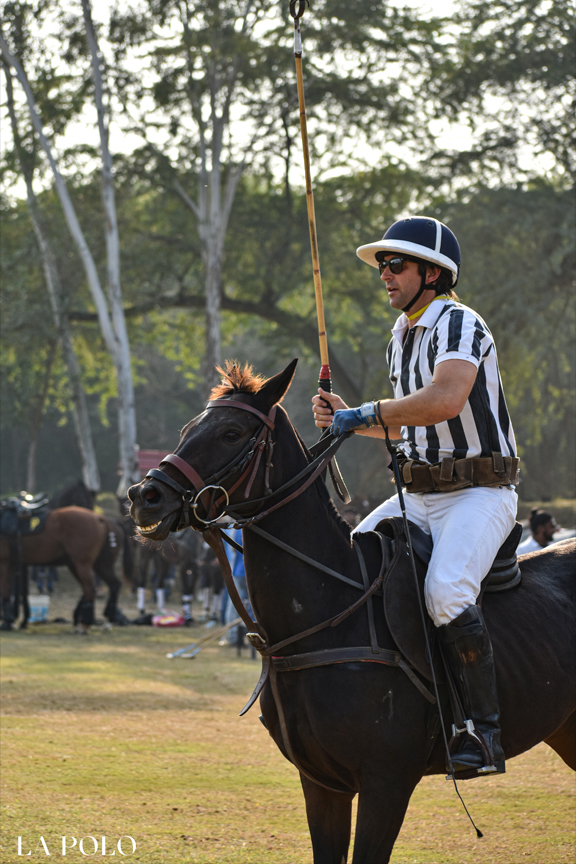 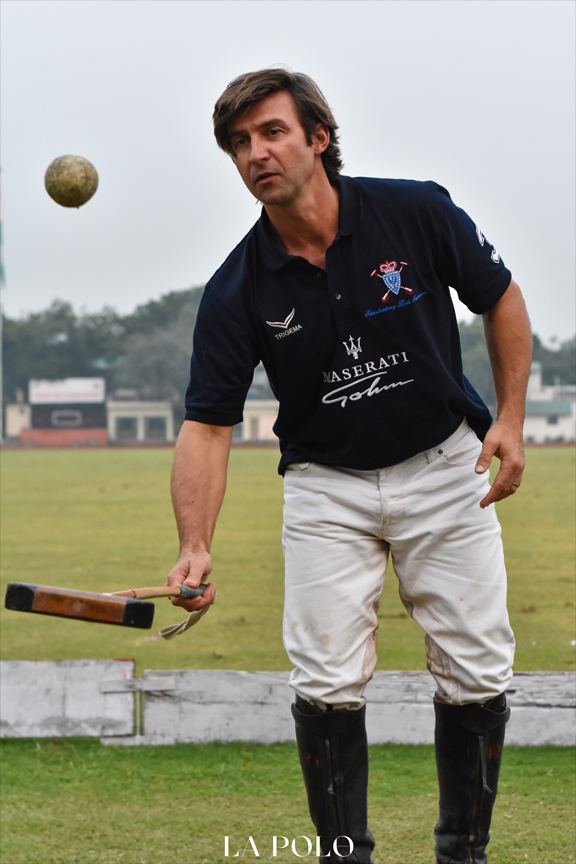 LA POLO: You are also known to have a string of horses. So did Polo also happen because of your love for horses?
Roddy Williams: Ya. I love horses. I have been breeding horses for the last 20 years or more in England. I have had some fantastic horses. I use to buy horses from Race Course in England and then I would train them and I would have a string of horses. I would have some 30 or 40 odd horses kicking around. This is obviously very expensive. So when I was playing my high goal in England and here in India I would bring my four mares. They were fantastic with all of them being thoroughbred ponies. I also bought a stallion. I would play on them. But to keep the system going, I had to sell some of them to fill the tummy of the rest.


LA POLO: Did you have any favorite among them?
Roddy Williams: Yes many. A lot of them.

LA POLO: Any special memory that you would want to share…
Roddy Williams: If you look up on Google you will see a picture of the Queen and I. I think I played with Prince Harry in that match. It was about 20 goal or something. A mare of mine won the Best Playing Pony which was a English thoroughbred. At this, the Queen asked me, “Well, oh, can you tell me something about the pony?” And I replied to her, “Well, ma’am, you bred this horse. It was a racehorse and I bought her when she was three.” And so in the picture she is smiling and laughing and she was saying, “Wasn’t it a very good a race horse that you raised it into a polo pony.”