Dressage The Art Of Riding And Training A Horse


Dressage, a systematic and progressive training of riding horses is an Olympic sport derived from the French term, ‘dressur’ meaning “training”.


Dressage is a systematic and progressive training of riding horses is an Olympic sport derived from the French term, ‘dressur’ meaning “training”. The purpose of Dressage is to strengthen and supple the horse while maintaining a composed and focused demeanour. Dressage is a unique discipline for riding a horse. It is as unique as Hunter/Jumpers, Tennessee Walkers, Three or Five Gaited Horses, Reining, Endurance, Eventing or any others that come to mind. Dressage is an Olympic discipline that enjoys a great international popularity. The horse and rider are judged on how well they can perform a series of prearranged movements in a dressage test. The degree of difficulty increases from the Training (beginner) to Fourth Level. Most of the dressage tests are performed in a 20*60-meter ring but sometimes a shorter ring may be used. Not all horses are able to learn and perform all the movements of the Grand Prix (the highest FEI test) just as all jumping horses are not able to jump high enough to perform the jumping Grand Prix. 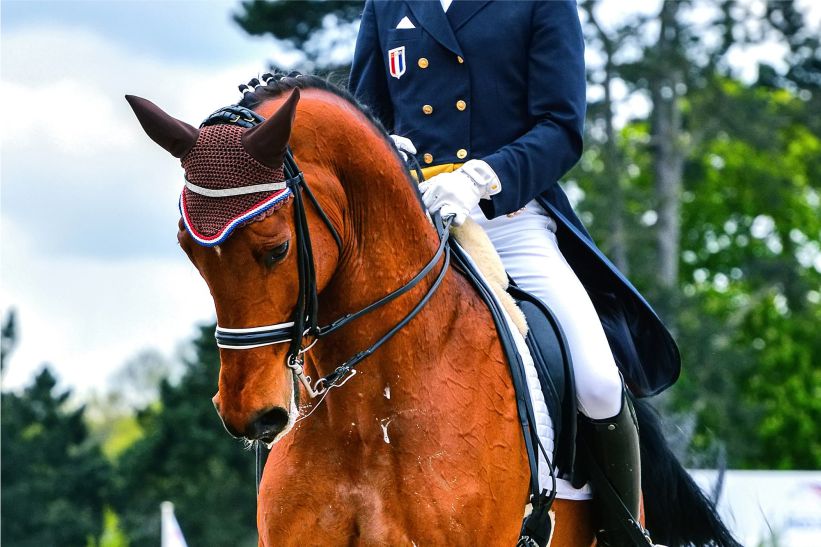 Dressage goes a long way back in history. Dressage dates back to classical Greek horsemanship and the military who trained their horses to perform movements intended to evade or attack the enemy whilst in battle. The earliest work on training horses was written by Xenophon, a Greek Military Commander born around 430 BC. Dressage continued to be developed by the military who studied horsemanship as part of their military training. The great European riding masters of the time developed a training system and the Imperial Spanish Riding School of Vienna was established in 1572 and all dressage training today is based around their principles. Dressage became an Olympic sport in the 1912 Olympic games in Stockholm. 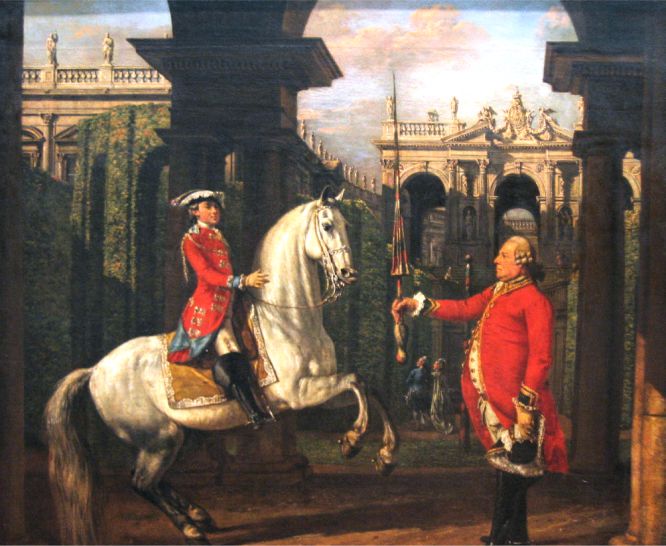 Equestrian sports featured on the Olympic programme of the Paris games in 1900, with jumping events and were then withdrawn until the 1912 Olympics in Stockholm. Since then, Dressage has been on the Olympic programme with remarkable regularity. Only officers were allowed to compete in the events until 1948. This restriction was lifted in 1951, and since the Helsinki Games in 1952, women have competed with men in the mixed events. At the 2008 Olympic Games in Beijing, the Netherlands’ Anky van Grunsven confirmed her talent by winning gold for the third consecutive time in the individual dressage event. Her titles total eight medals - three gold and five silver. 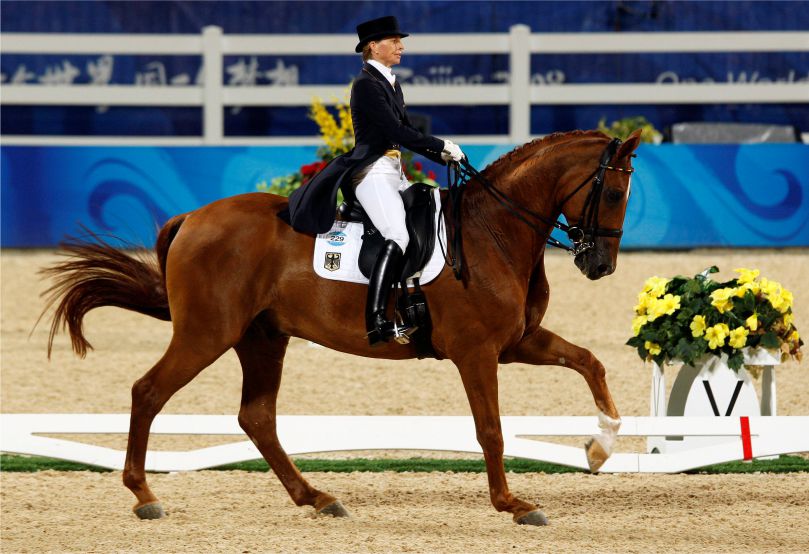 The art of riding slowly fell into oblivion with the breakdown of Ancient Greece. It was falling continuously until its revival during the Renaissance period. In the 18th century, classical Dressage reached its peak with the creation of the world-famous Spanish Riding School in 1729 in Vienna, and laid the basis of the modern discipline. The freestyle to music test was introduced and has been an integral part of Dressage since its Olympic debut in Atlanta 1996. Freestyle is the pinnacle of Dressage execution and when it works, the result is magic. 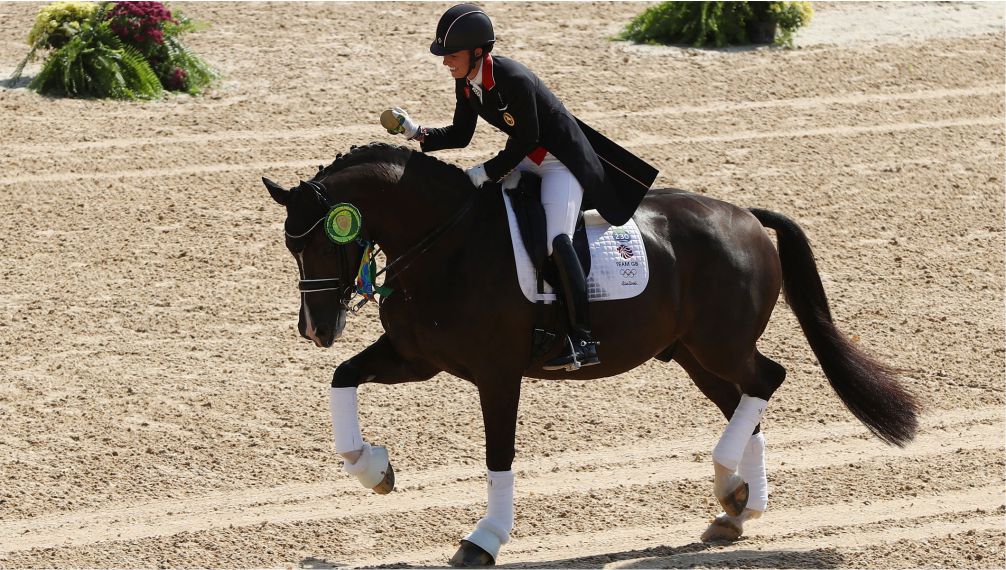 Greek general Xenophon, the earliest practitioner of Dressage wrote theses to describe sympathetic and systematic training of the horse. Despite living over 2000 years ago, his ideas and rules are still praised and followed. A large number of early modern trainers began to write on the topic of horse training with expanding the work of their predecessors during beginning of the Renaissance. Federico Grisone (mid-16th century), Antoine de Pluvinel (1555 – 1620), William Cavendish, 1st Duke of Newcastle (1592 – 1676), Francois Baucher (1796 – 1873) are some of the writers who wrote on the topic of horse training. The 20th century saw an increase in writing and teaching about Dressage training and techniques as the discipline became an international sport with the influence of Olympic Equestrian competition. 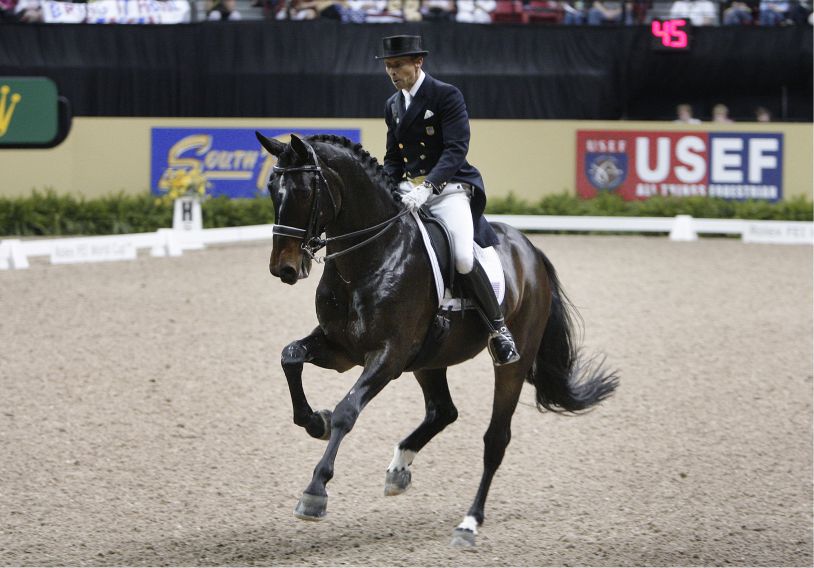 Not many know that Randeep Hooda, Bollywood’s ace actor has been an ambassador of equestrian sports. His love for horses is unwavering. Randeep Hooda who is a dressage player and owns a polo club started horse riding in school. Randeep Hooda has been riding and competing for the last eight years in show jumping and dressage. Randeep Hooda said, “It’s not the expense, but the access that has stopped people from pursuing equestrian sports and polo.” Bollywood actress, Jacqueline Fernandez loves being with the horses. Jaqueline Fernandez is a horse rider and has joined a club to showcase and improve her skills. Jacqueline’s favorite horse is Golondrina, brought down from Argentina.