Roddy Williams and Angad Kalaan as umpires during one of the polo matches in Delhi, India

Responsible umpiring keeps the game competitive and fair. Polo umpires were once considered on the fringes of the game and sidelined. Their role is a key element of the game.


The umpire is a modern institution, he is the final decision maker, the game in-charge of any sport. Every polo player depends on his playing abilities, his devotion towards the horses and his attack on the field. The umpire keeps the game safe, competitive, real and fair. The umpire does not judge on the basis of the player or the team. The decision is purely in favour or against the ball. Polo has faced a certain indecisiveness in umpiring since its origin.

About a century ago, polo umpiring’s effectiveness was measured in terms of his cantering around the ground irrespective of the positioning of the ball and the players. When a question arose to make a decision or enquire about a foul, the umpire would light up a cigarette and move around looking hesitant and unsure. The position of an umpire was considered “dead meat”, nobody referred to him. The umpire was expected to be present physically on the ground, his decisions were not heard or regarded, he was not supposed to speak until spoken to and there was no opinion of the umpire that was to be noticed. At times, irrespective of the fact that the umpires wanted to levy a foul for malicious play or behaviour, they were bound to least interference, or face disrespect from companions and other polo players. 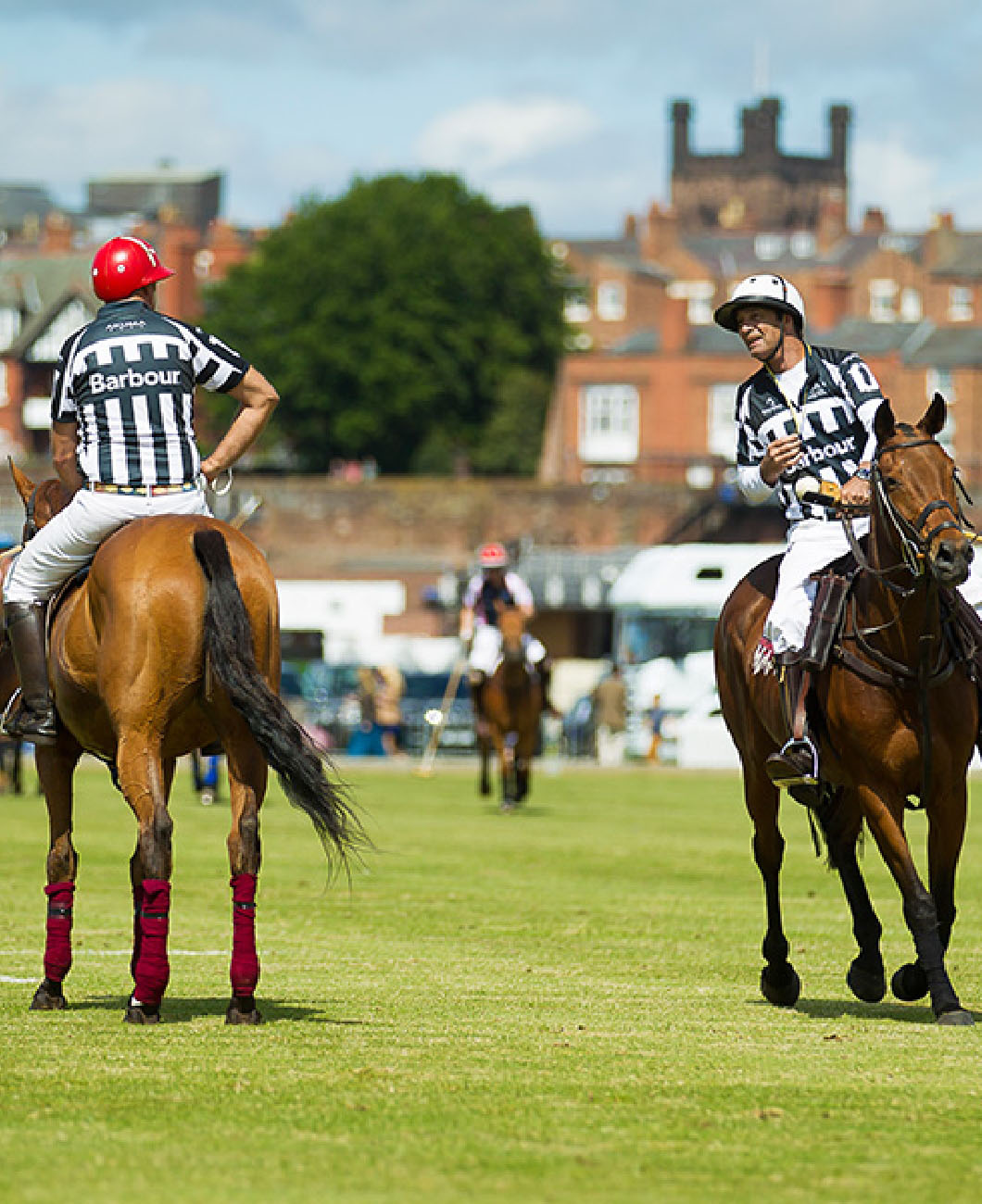 CONFLICT BETWEEN MAKING RULES AND UMPIRING

Every sport levies allegation on the umpire for not making the rules. If at a certain point the umpire is acting as a protagonist for a particular team, which a lot of times happens, polo umpires lose their dignity.

Polo umpiring has been at the centre of criticism. Questions are asked as to why polo cannot have fair umpiring? Why are rules not enforced on the players? Umpire Wesley White summarises the two reasons in a nutshell: all along, players have criticised and disdained the umpire. The claim of multiple interruptions during play by the whistles and the red and yellow cards affect the dynamic fluency of the game. In 2002, at the Argentine Polo Championship, a record 41 interruptions, eight yellow cards, and one red card were noted that left spectators awestruck. Nobody in the history of polo has ever witnessed such blatant umpiring. Players termed this as the “malicious intentions” of the umpire. This sort of interruption was also labelled as umpire acting as the protagonist for a particular team which led to mistrust.

Bad behaviour is one of the biggest threats to an umpire and Jason Dixon, full-time professional umpire since 2005, defines this as the red mist. He states “red mist is a behaviour that occurs in players who are fraught with agonizing irritation and frustration in which the player exceeds his limits and results in engaging in unsympathetic behaviours”. This takes us back to an incident in 1993 at Centennial Cup at Forth Worth, when Miguel Hernandez hit umpire Archie Salinas in the eye with his mallet deliberately. If polo players are given ascendancy at the expense of good sportsmanship, polo will lose its essence, its importance and its legacy. The future of polo, in this case, is aphotic. 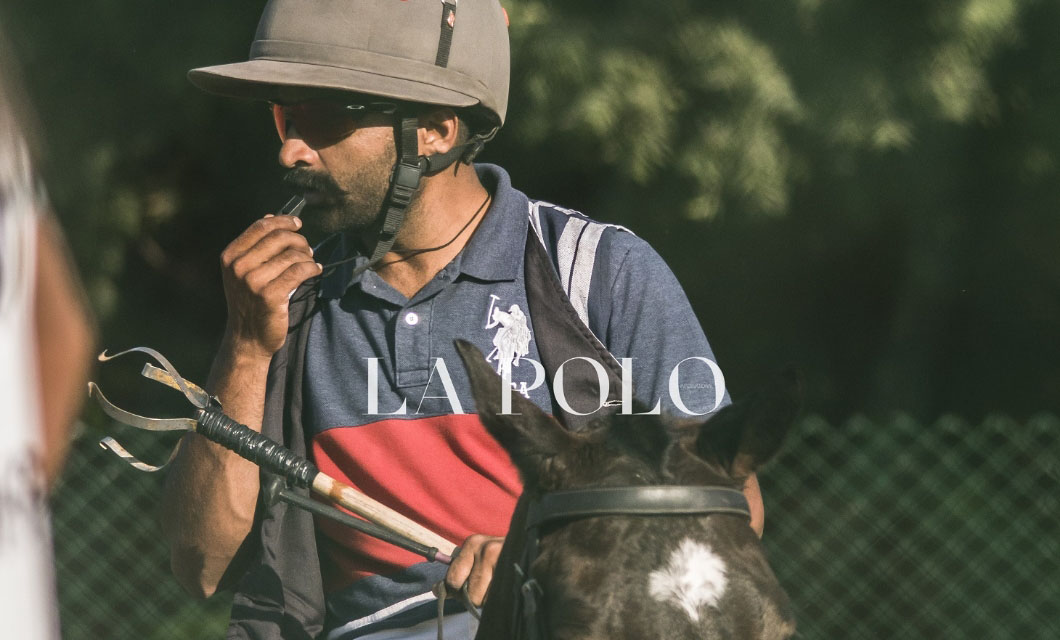 Player often commit a foul in order to detain the opponent team from securing a goal by overriding a polo player, or dangerous riding, initiating too many whips on the pony or by trying to hurt the other team's pony. This behaviour leads to an ambiguous umpiring rule which enables the umpire to ignore the fouls. The interruption rule thus benefits the player to enjoy a no-foul decision to keep the game fast-paced. The discrete decision leads to unsettling responses from the players and thus polo umpires face unpleasant situations. Many times, players are unwilling to umpire because of the disrespect they might face at the hands of fair umpiring. There are times when questions of a player are hard to resolve without altering the rules and there comes the conflict again. The card system is liable to all fouls including the excessive whipping of the polo pony, disrespect for officials, deliberately trying to hurt a player or using abusive language.

Every country has its own polo rules. The polo association ensures the safety and integrity of polo players, horses and umpires. However, some countries still lack the insurance and a good rule book for umpires. Cards help in warning the polo player that his behaviour is not going unnoticed. The card system is not applicable in certain countries like India. This is owing to the fact that the country has very limited players, and even lesser number of good players. The Hurlingham Polo Association provides that “in case a player is liable for a particular reason to discontinue the match, the team shall have the option of providing an alternative qualified player. If the alternative is unavailable, a player may be removed from the opposing team of the same or close to the previous player’s handicap, thereby equalizing the number of players. This is done by the umpire”. Polo rules like these bestow an authority to the umpire and help in fair game. There are times when the game is to be fast-paced and in areas like these, umpiring has to be imperative and traditional. However, the Hurlingham Polo Association believes that polo rules should not be restricted and polo associations should not be afraid to formulate new rules for the safety and convenience of players, ponies and umpires. 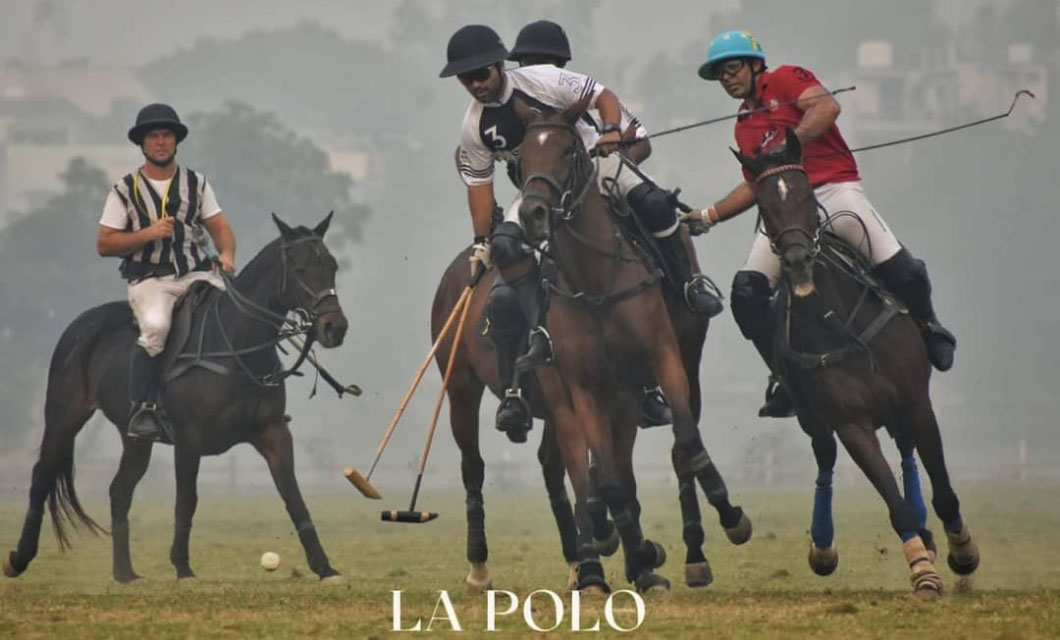 Polo has seen the failure of conservatism and the instability of progressive radicalism. There is a need to maintain the ethnicity of polo players and render them the knowledge of true sportsmanship that does not interrupt their noble behaviour. “Red mist” needs to be kept in control. Polo umpires should be obligated to imbibe the attributes that will help them earn the trust of the players, become more diligent, tidy, smart, consistent and professional. Apart from training umpires, an alteration in the rules of the game will also emancipate polo umpires from the conservative shackles.

The US Polo Association: The polo association aims at training umpires at different levels and providing them with required knowledge and certification. The key initiatives for the programme are as follows:
> The USPA Umpire Training and Certification Program
>The USPA Umpire Expense Reimbursement Program
>The USPA Professional Umpire Program
> The USPA PUMP/8 Program
The USPA Umpire Program is responsible for the ways and means of achieving umpiring excellence in the United States of America. The USPA Umpires, LLC oversees the Umpire Program and interacts with the USPA Board of Governors. The USPA sets the standards in terms of excellence at the beginning of its Umpire Training and Certification Program and USPA approved umpire seminars and clinics and various other training operations, that include the Circuit Umpire Expense Reimbursement Program (UMP), and the Professional Umpire Program.

Polo Training Foundation: In conjunction with USPA polo clubs, the Polo Training Foundation will co-sponsor one pre-approved clinic for players or polo umpires at any club by paying half the cost, to the club. These clinics will be held generally for three days over a weekend but can be of a longer duration too.

Hurlingham Polo Association: The polo association acknowledges that umpiring in polo is complex and difficult, but an evolving process is taking place to make changes for the good of the sport. As is being discussed at the HPA, the governing body for the sport in England, there is a consensus that the umpires should not unduly influence the result of the game in any way.

There are often accusations that most of the umpiring outside America are just 80-85% fair and accurate. Indian have been notoriously recognized at the foul-claiming team when it comes to the behaviours of a certain polo player. Their integrity is restricted only to the polo field which does not enable them to make decisions. The decision of polo umpires should reflect in the handicap of the players. Jason Dixon, professional umpire, opines that umpires should be given opportunities and they should be exposed to countries that have developed better institutions of umpiring.

“As long as a professional umpire is there, the match will go on at a good pace.”
- Matthew Perry

“Umpiring is important and unambiguous professional umpiring is extremely crucial. There is nothing that a polo match asks for, only that, players play polo, and the umpire, does the umpiring.”
-Gerardo Mazzini