Horses are often used in stunt scenes in films. Conversing with experts, we dive into the intricate world of equine stunts.


Often enough, in movies, we see our heroes hopping onto gallant horses and running off into the sunset, to protect the princess, or to bring justice to the world. But what you don’t notice is the action behind-the-scenes. Making a horse perform takes a whole lot of plotting and preparations. The amount of time and patience invested in training a horse to do a stunt scene, involves endurance, courage, and above all, years of practice.

It is mandatory to ensure the proper safety of the horse, and its mental health. Horses have been a fundamental part of the film industry. However, Hollywood’s history with horses hasn’t always been rosy. Kristin Berkeley pointed out the lacunae, after the 1939 film, Jesse James, and mandatory steps were taken to protect the horses. 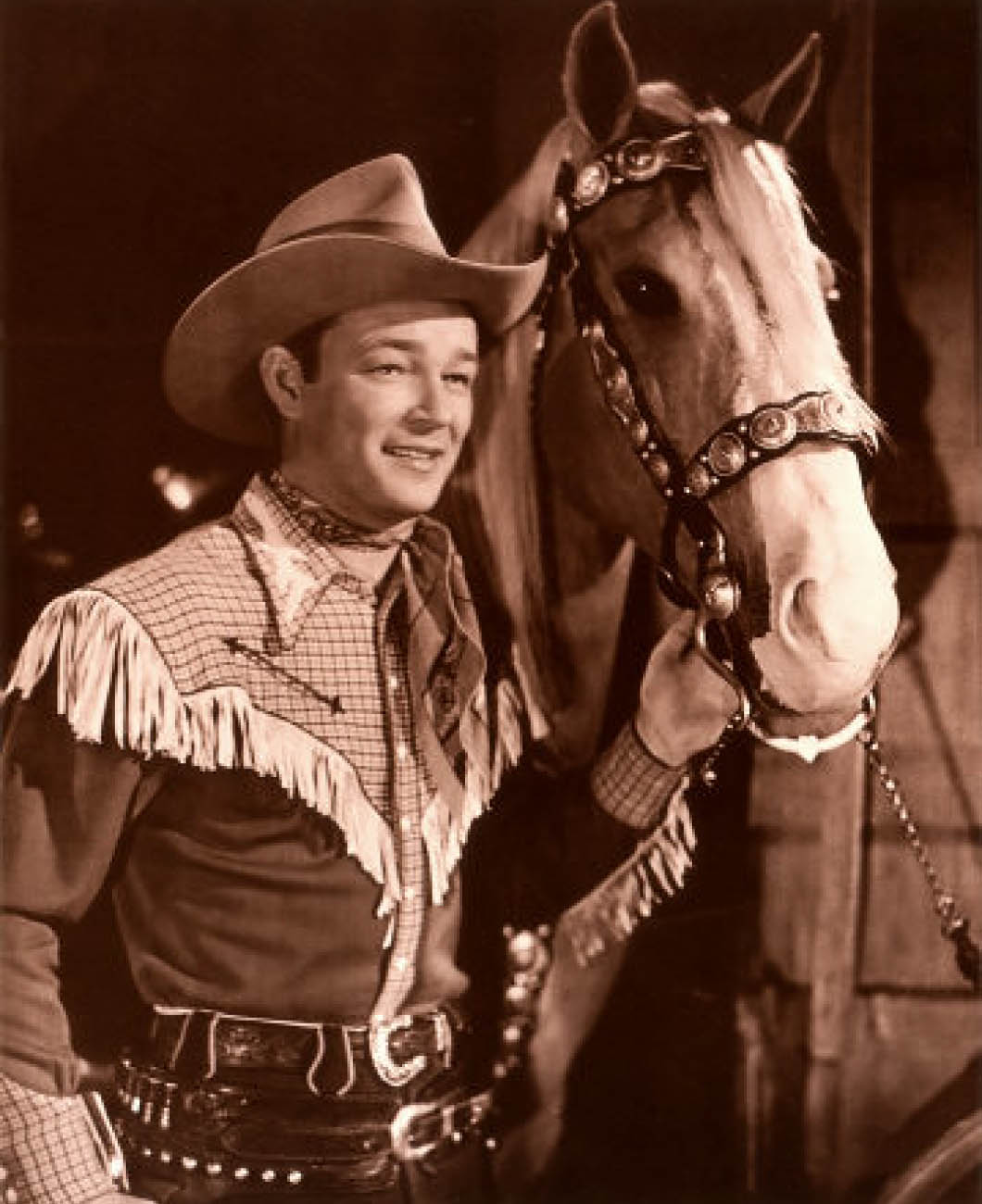 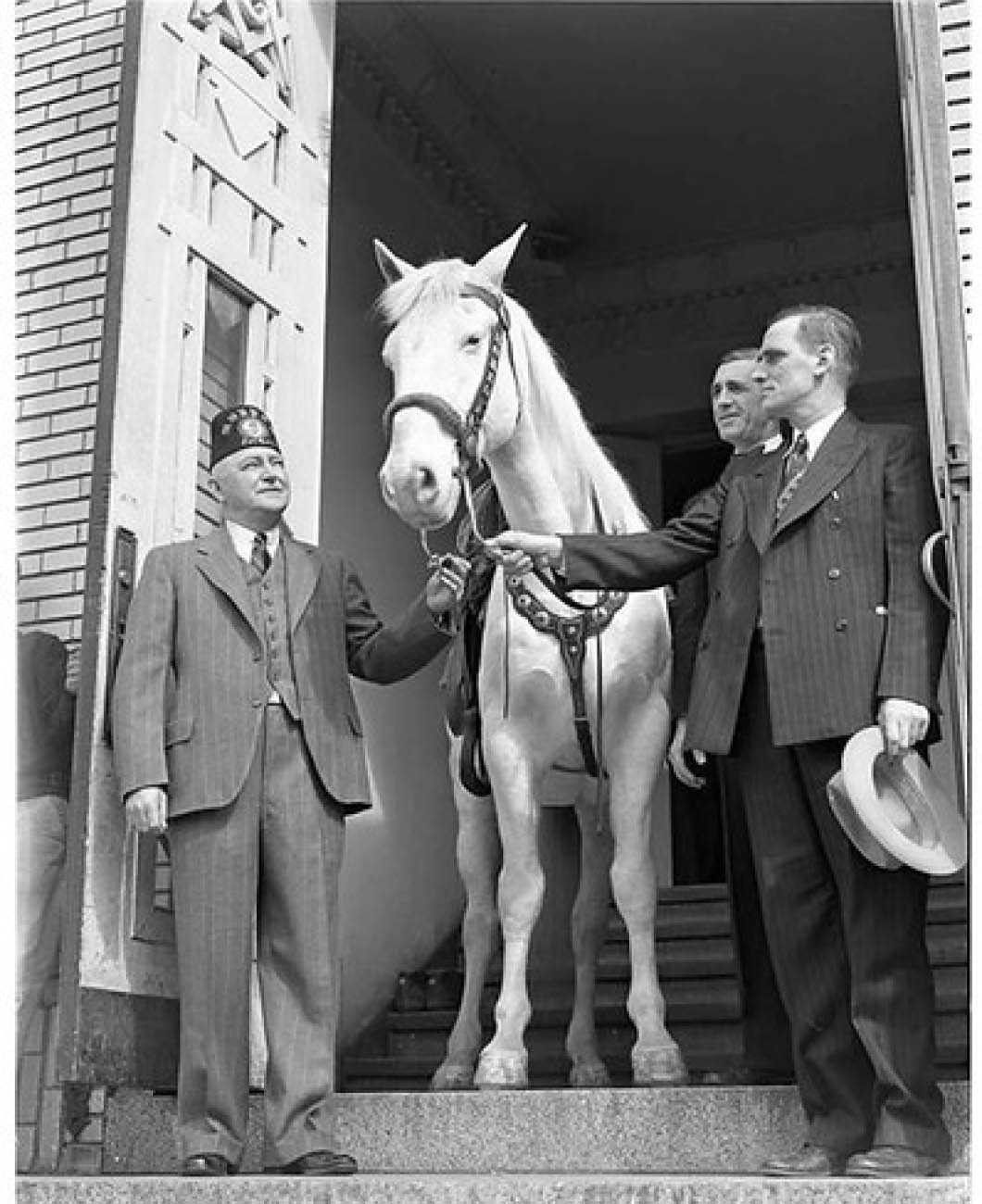 The American Humane Association (AHA) were allowed in movie sets to monitor the film-set by the Motion Picture Association of America and build a protective environment for the animal. To avoid fatalities, it took 24 years of perseverance and the Screen Actors Guild (SAG) agreed to join hands with the AHA. This led to the birth of a documented and legalized industry, of horse acting/stunts. 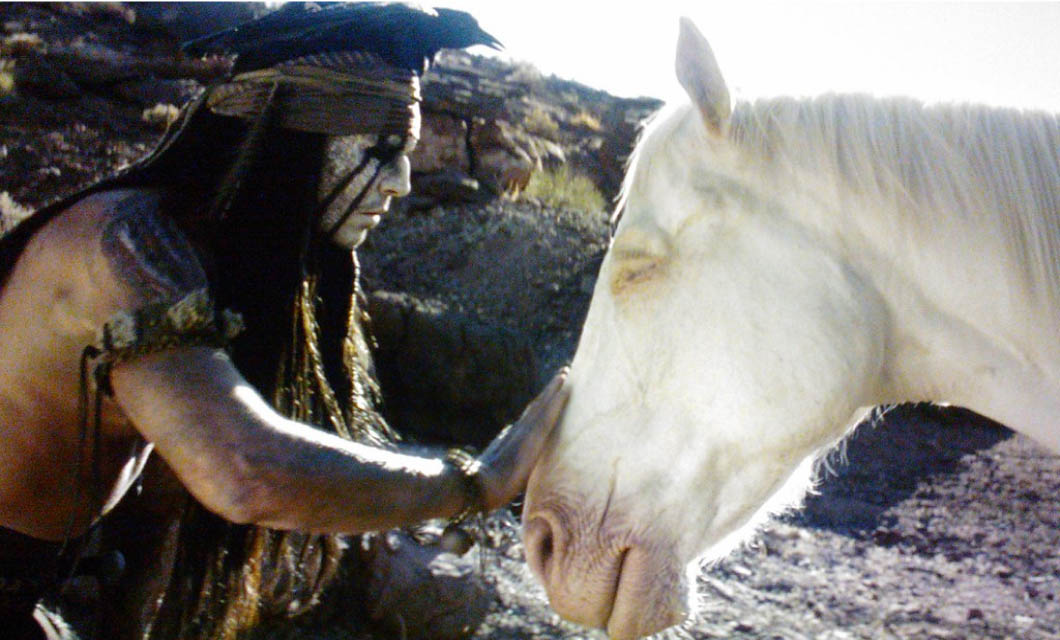 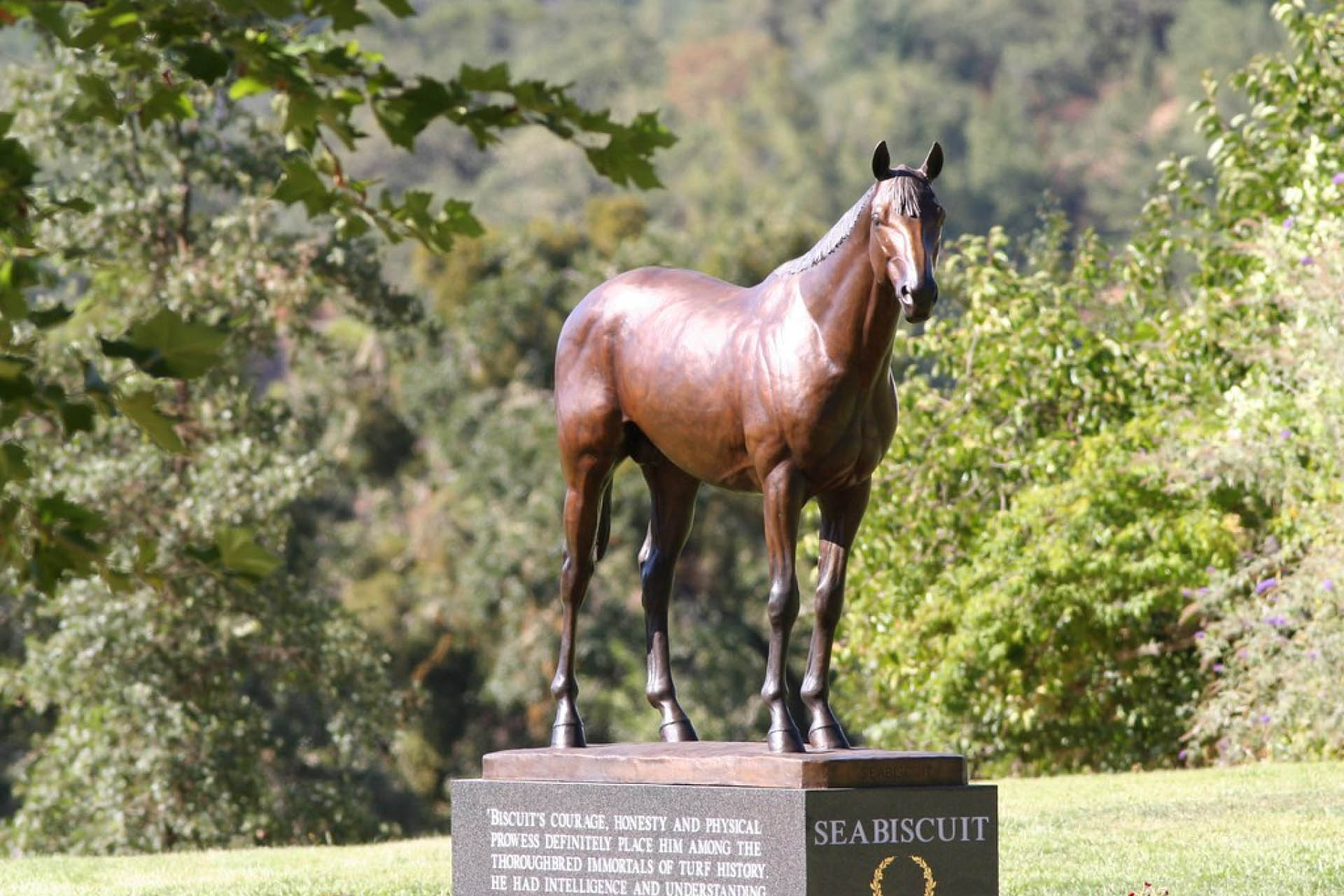 Today, the situation is different. Steve Dent, well-known stunt coordinator, and horse master mentions how the industry has developed. “The films we work on, require a vet or an on-set welfare advisor to be on site, to ensure correct monitoring of animal welfare. As part of our prep, we recce locations and take time to discuss the safest and most welfare-friendly methods of achieving the Director's vision. The welfare and safety of our horses is top priority. We make sure we can achieve a shot without causing any pain, suffering or stress to any horse.”

Directors are transitioning to animatronics and CGI (computer-generated imagery). Another development in the tech world, popularly used in films, is Animatronics, where you use a decoy of the original animal using mechatronic puppets which resembles a realistic robot. 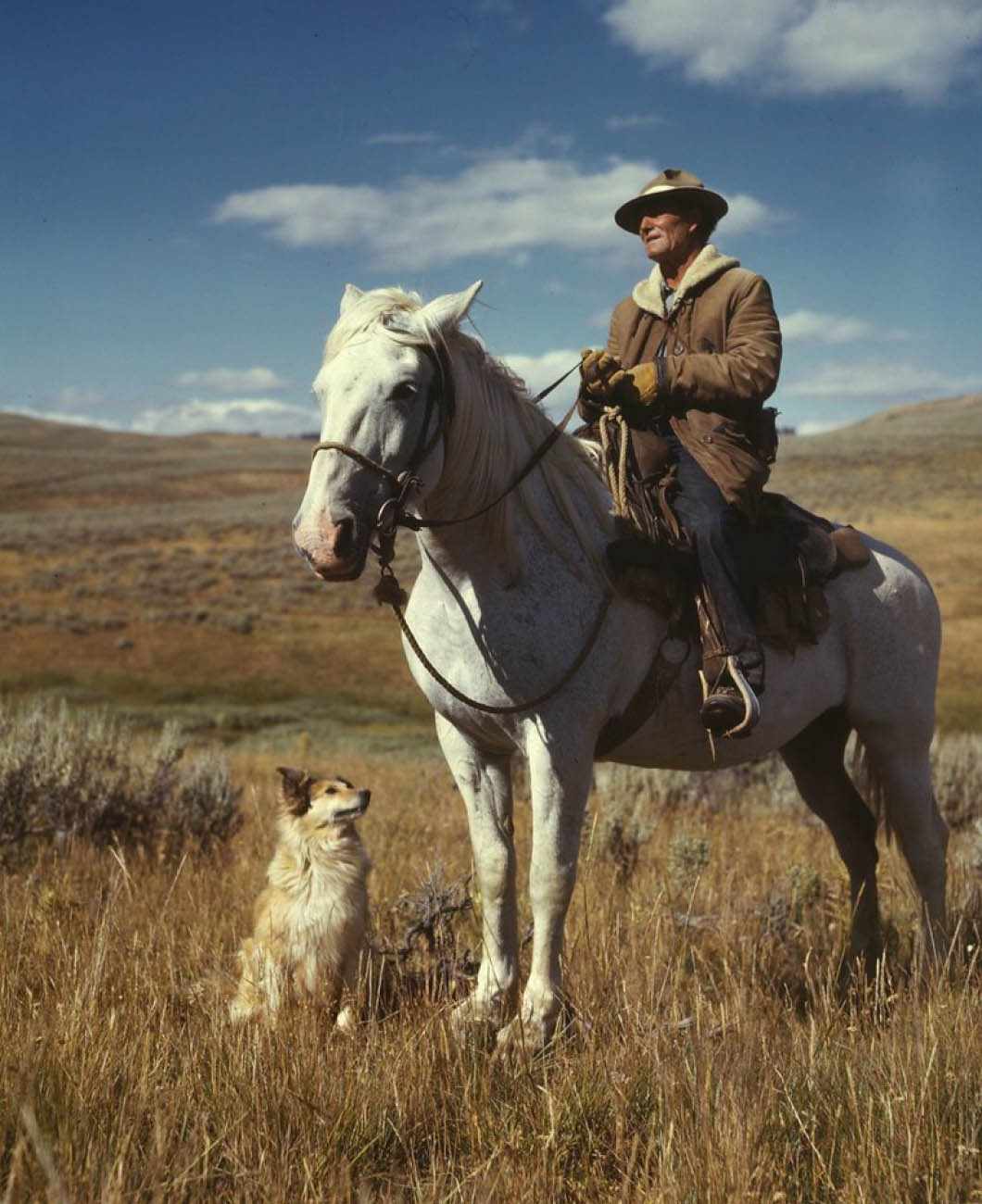 
Precautions and thoughtful measures are needed. “When we know we have a scene coming up with loud explosions or gun fire, we ensure we select horses with the right temperament for the job. Exposure is key to minimising stress. We start slowly, using quieter bangs, increasing the loudness and frequency, only when we are sure they can process it without stress. Nowadays, a lot of the scenes are muted and sound effects are added afterwards. If sound effects cannot be added afterwards, we use ear plugs for horses to help mute the noise. With younger horses, we start them in the deep background, and it can take up to a couple of years for them to move forward.” 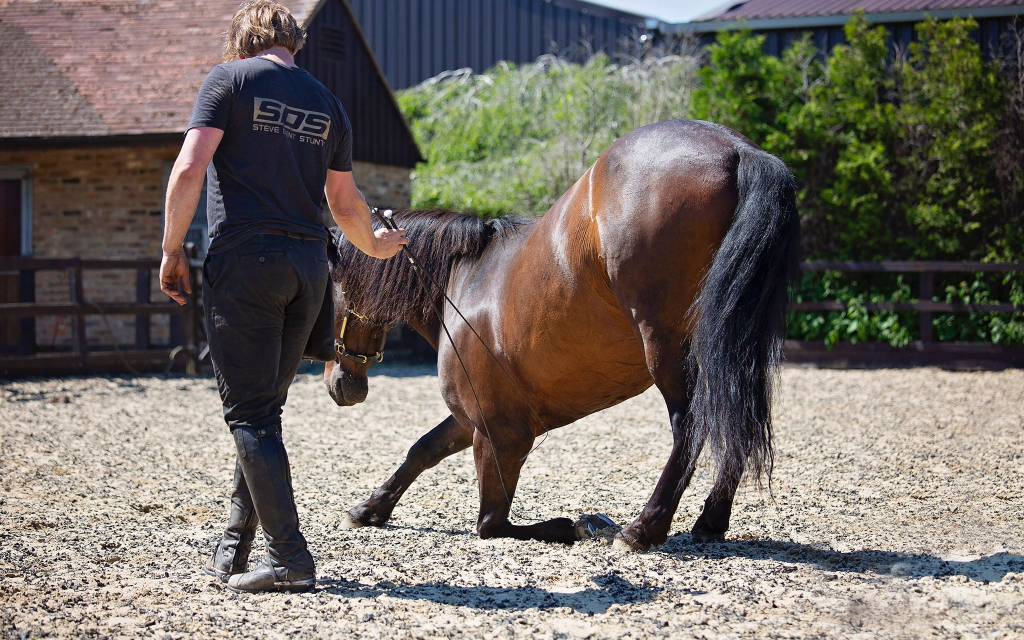 
While shooting scenes in dangerous scenarios, where the horse may be exposed to danger, stunts are done with care and attention. Preparing the horse prior to the shoot is encouraged. Says Dent: “It all depends on what the Director requires from the horses and actors throughout the shoot. Usually, we allow approximately three months prep prior to the first shoot date, particularly where scenes require larger numbers of horses or more complicated and intricate horse stunts." 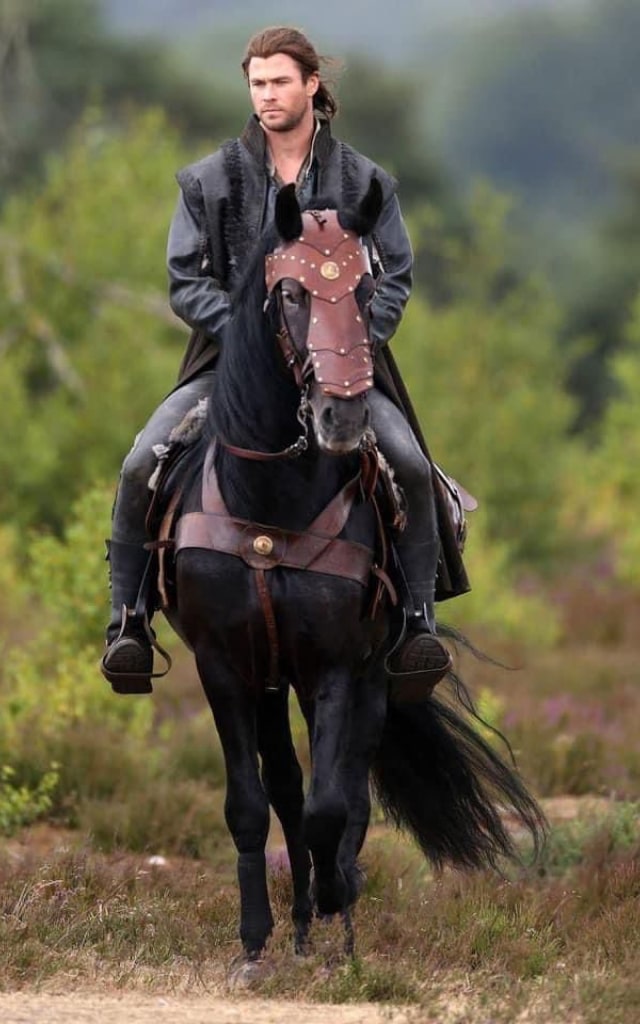 
He concludes: “Technology is certainly moving forward, not only away from using animals, but also incorporating them into achieving shots that would otherwise be very difficult to get. We train the horses to gallop alongside drones and camera vehicles, and work hard to desensitise them to new technologies. We have even started to use horses to track with cameras for close up shots, such as galloping alongside cast, in remote locations, etc.” Care and building trust in equines are certainly crucial if they are needed to perform for films. 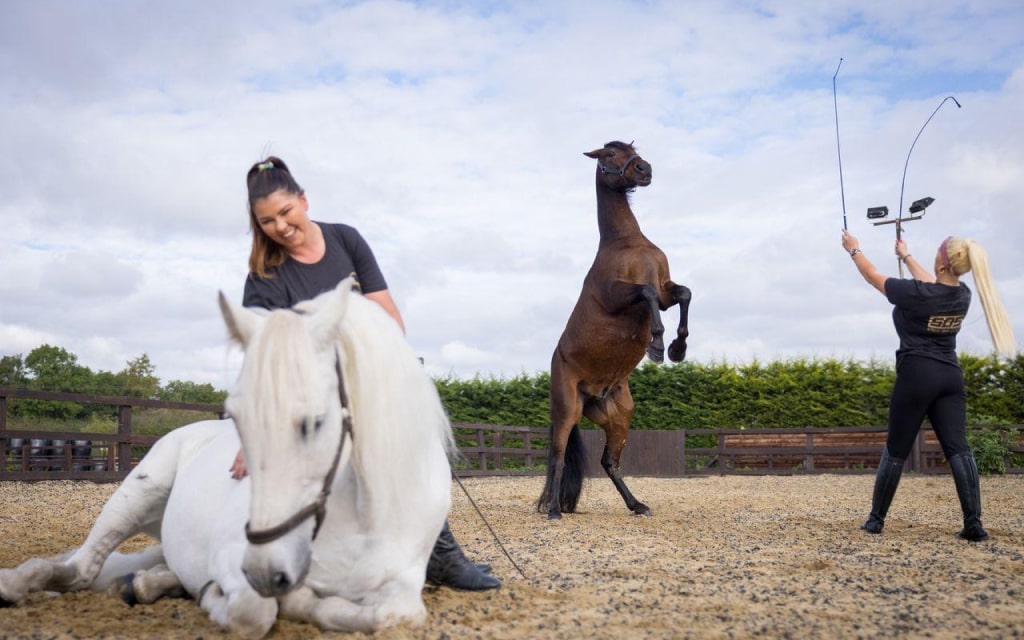