The dream that turned into reality ~ Ermenegildo Zegna


500 shops, 7,000 employees, the Ermenegildo Zegna Group weaved the world from the Northern Italy with passion and dream of one man.

In 1910, in the native village Trivero, now the gateway to Oasi Zegna, Ermenegildo Zegna founded his wool mill. From the '30s onward, he carried out a massive reforestation plan on the barren slopes of the surrounding mountains. He planted 500,000 conifers and many hundreds of rhododendrons and hydrangeas, creating a beautiful alpine landscape. Through this he built a 26 km road called the Panoramica Zegna.

At the age of 18 he founded the Lanificio Zegna (wool mill) which was to become one of Italy’s best dynamic family business. He lived with a dream that he would turn into reality, to what he called in his own words, “the most beautiful fabrics in the world.”
Ermenegildo had a grander vision to transform the environment and lives of those around him. By 1932, Trivero already had a meeting hall, a library, a gym, a cinema/theatre and public swimming pool. In the space of a few years, he built a medical centre and a nursery school. In the meantime, he was dedicating himself to the local environment and landscape, planting thousands of trees and building the “Panoramica Zegna” road a 14 km route linking Trivero and Bielmonte, a tourist resort 1,500 meters above sea level. 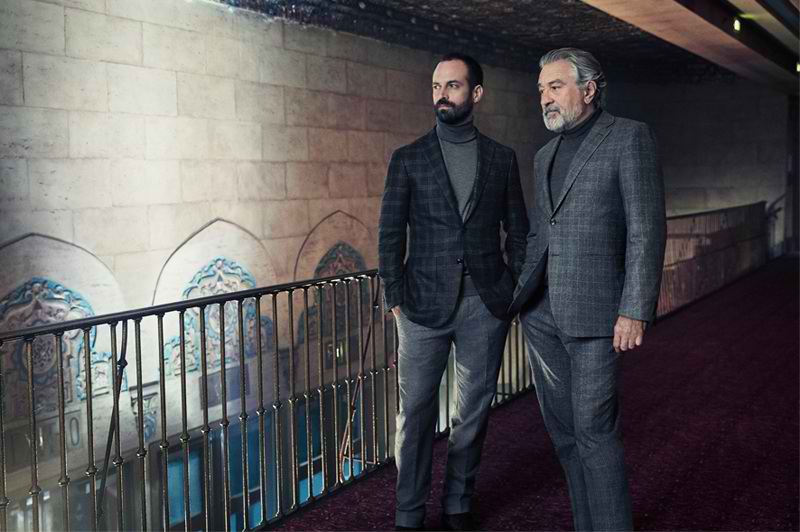 This vision was in many ways ahead of its time~ to source the best quality natural fibres directly from their country of origin to innovate the product and the production processes so as to promote the brand and invest in the environment of his suppliers as well as workers. By the early 1980s the vision had been realised in a fully vertically-integrated company in wool production. Zegna has close control over each part of its supply chain, owning everything from a farm in Australia to mills in Italy, fabric cutting houses in Switzerland to the boutique stores.

Each generation of the family has been involved in consolidating Ermenegildo Zegna’s vision, ensuring that the name Zegna remains relevant.
Next