The finals of IPA National Polo Championship galloped into the seventh chukker, for the match remained at equals throughout


How fierce it would have gotten, if we say, the finals of IPA National Polo Championship witnessed the scoreboard reading equal scores for both the teams throughout the six chukker, only to break the trend in the following seventh chukker with a golden goal! The ground was occupied immensely with the thudding of the galloping horses who had indulge themselves in a race of beating the opponent; the players let the frown of worry, pressure and anxiety rule the face, for it was not any trophy, but the 118th edition of the IPA National Polo Championship they were battling for. The speed, blaze and intensity of the game had everyone on the brink of the chairs, holding it tight and jumping grandly with each goal bagged, but the fate of the game remained as unpredictable as it can get.


Sona Polo, this year had made the debut in the finals of IPA National Polo Championship (Open) 2018 and they made it large, for, even after a lot of mishaps during the entire tournament the team still fought bravely to qualify in the finals, and even in the finals, they battled with a spirit of no less the winners. The match started off with a 30 yard undefended penalty shot in favor of Sahara Warriors. Taking the shot, Matthew Perry stroke the first goal of the match. As the phase of the match was, no goal was left without a counter attack. Padmanabh came into action soon after the opening goal. In a clean lofted shot, he bagged the first goal for Sona Polo. The game got caught into action when in a near sight shot, Col Ravi Rathore stroke the second goal for the team.

His action was answered by Padmanabh who got into action once again to even the score on the LA POLO scoreboard. The first chukker wrapped at a 2 all. The second chukker of the match had Matthew Perry once again in action where he controlled the ball but lost it when Basheer came in, who passed it towards his team mates, but coming back, Matthew took hold of the ball. Turning with the ball, Matthew passes it to Col Ravi Rathore who saving the ball from Padmanabh keeps it under his control before passing it back to Matthew perry who finally scores the third goal for the team. The difficult shot was followed by a smooth one for the opponent team where the patron of Sona Polo, Sanjay Kapur himself took hold of the ball and hit it clean through the goalpost bringing the scores to 3 all. Coming into a defensive mode now, Sona Polo attacked Sahara Warriors when Col Ravi Rathore in a long shot hit the ball towards Salim, but missed it after a few seconds. In that moment, Padmanabh ame in and with a back hand, passed the ball to Abhimanyu, but before the ball would reach him, Col Ravi Rathore came in to take the ball and in a splendid way stroke the fourth goal for Sahara Warriors. The chukker wrapped at 4-3 with Sahara Warriors in lead. 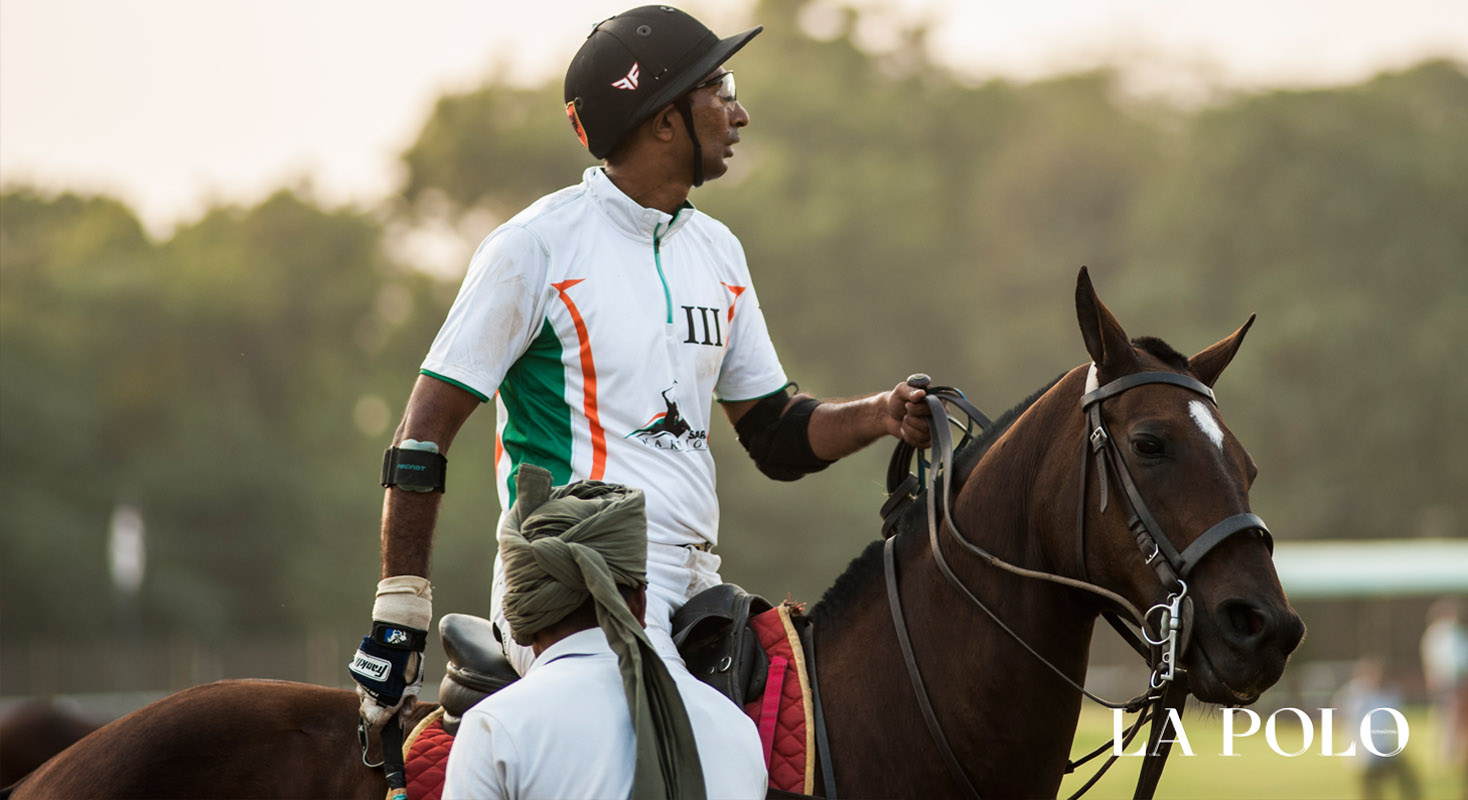 With the third chukker coming live in action, Basheer Ali got himself into a difficult shot where he bagged the ball and in the hustle of all the players attacking him he stroke the fourth goal for Sona Polo bringing the scores to equal once again. But it was short lived for Matthew Perry came into play to control a bouncing ball where he took the opportunity to bag the fifth goal for his team. The chukker wrapped with Sahara Warriors still in lead by just one goal. The lead was equalled as soon as the fourth chukker started, when Padmanabh got in action to strike the fifth goal for the team. Even though, Pranav Kapur attempted hard to save the goal, he could not stop Padmanabh from bagging the goal. Next it was Matthew in action who took the ball like a blazing fire all way through and achieved the sixth goal for the team. Breaking the trend of the match, where all the goal till now had been shot at the right goal post, Salim Azmi came into action to strike the first goal at the left goalpost in a cut shot manner with which Sahara Warriors came at a lead of 7-5. Soon after this, the chukker dwelled in for half time, after which Gaurav Sahgal resumed to play in place of Sunjay Kapur. As soon as he came into play he stroke two shots back to back in favor of the team, bringing the scores back to equals at 7 all by the end of the fourth chukker.

The game galloped into the fifth chukker now with the LA POLO scoreboard reading 7-7 for both the competing teams. Sahara Warriors were given an advantage of a 30 yard penalty shot but Col Ravi Rathore missed the chance of bagging another goal for the team, but nevertheless, in no time, Salim Azmi came into action to grab the eighth goal for the team. Maintaining the ritual of the game Gaurav Sahgal equalled the goals once again with a 30 yard penalty shot. The game entered the last chukker with a score of 8-8 from both the ends. Gaurav Sahgal lost a clear chance of bringing lead to the team by missing a easy 30 yard undefended penalty shot. Matthew taking the chance took the ball and gained the ninth goal for the team. The match was marching into the wrapping minutes just when Gaurav came in to get the ninth goal for Sona Polo. The chukker wrapped at a score of 9-9 and now was the time for the golden goal in the extra chukker. The game got fierce with Matthew taking the chance by controlling the ball, but Abhimanyu pathak saving it with a back hand and passing it to Padmanabh who brings it to the goal post but missed it just before the goalpost. Abhimanyu Pathak got the ball once again and passed it towards Padmanabh in a back hand but unfortunately the ball bounced ball after hitting the shoe of Padmanabh’s horse. Taking this chance Col Ravi rathore took the ball and passed it to Matthew. As the teams were approaching towards the right goal post to strike the golden goal, Abhimanyu Pathak approached to save the ball just when the umpire blew the whistle in favor of Sahara Warriors. The excitement at Sona Polo side blew in sudden dismay while Sahara Warriors cheered in excitement at it. The winning shot had Matthew Perry in action and the team won by 10-9. 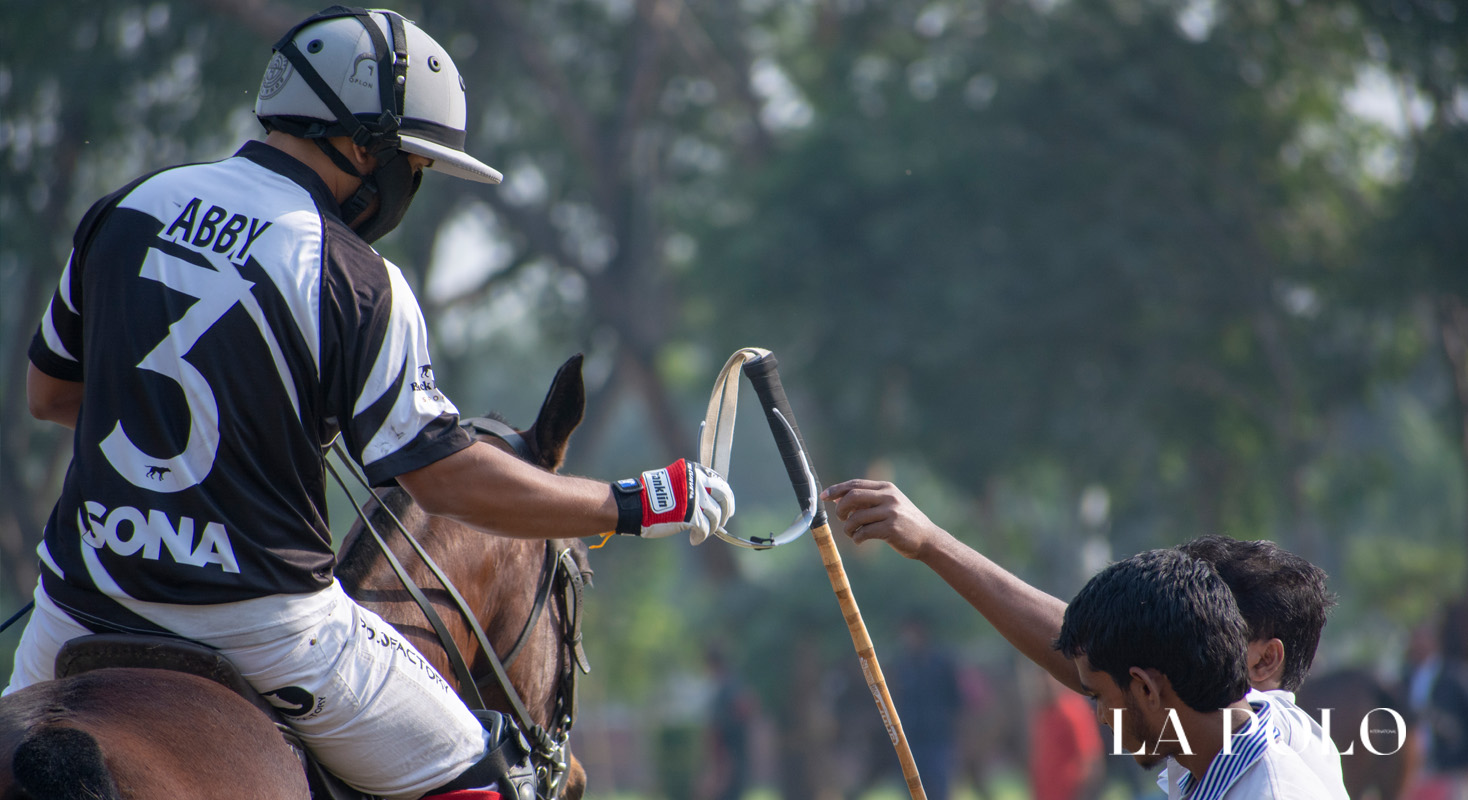 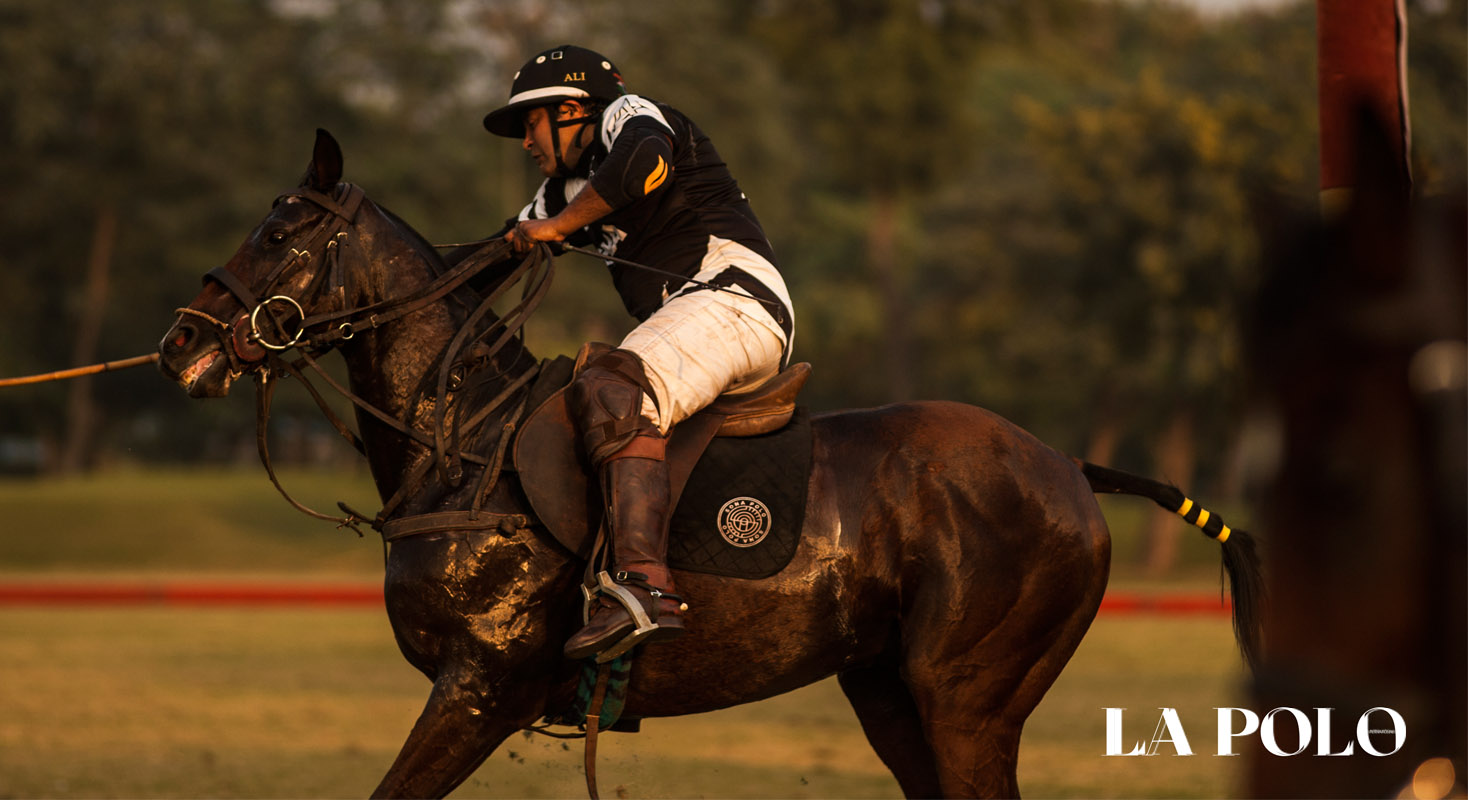 The prize ceremony witnessed, Matthew Perry receiving the Most Valuable Player while Salim Azmi’s pony, Raafa, was acknowledged with the Best Playing Pony. 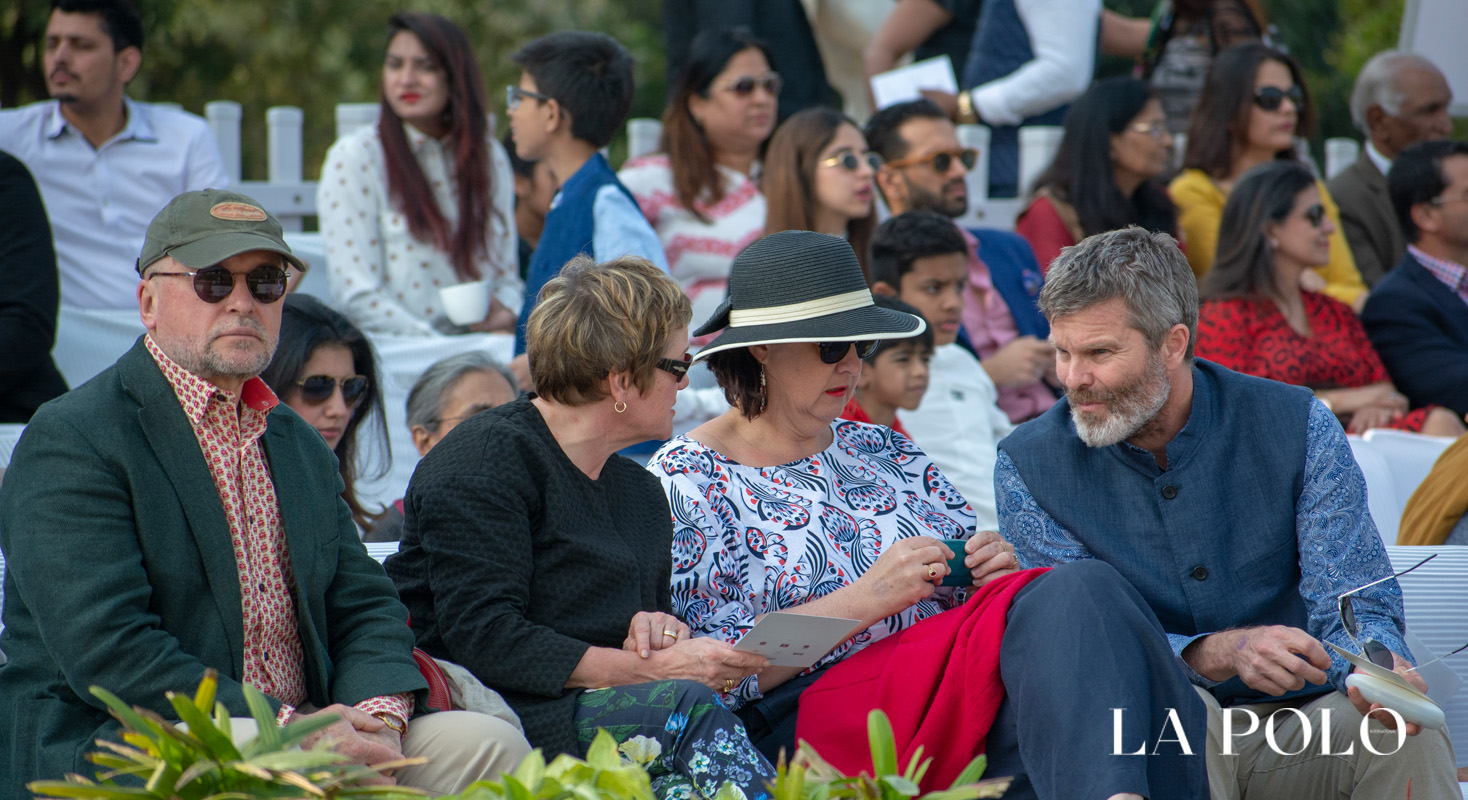 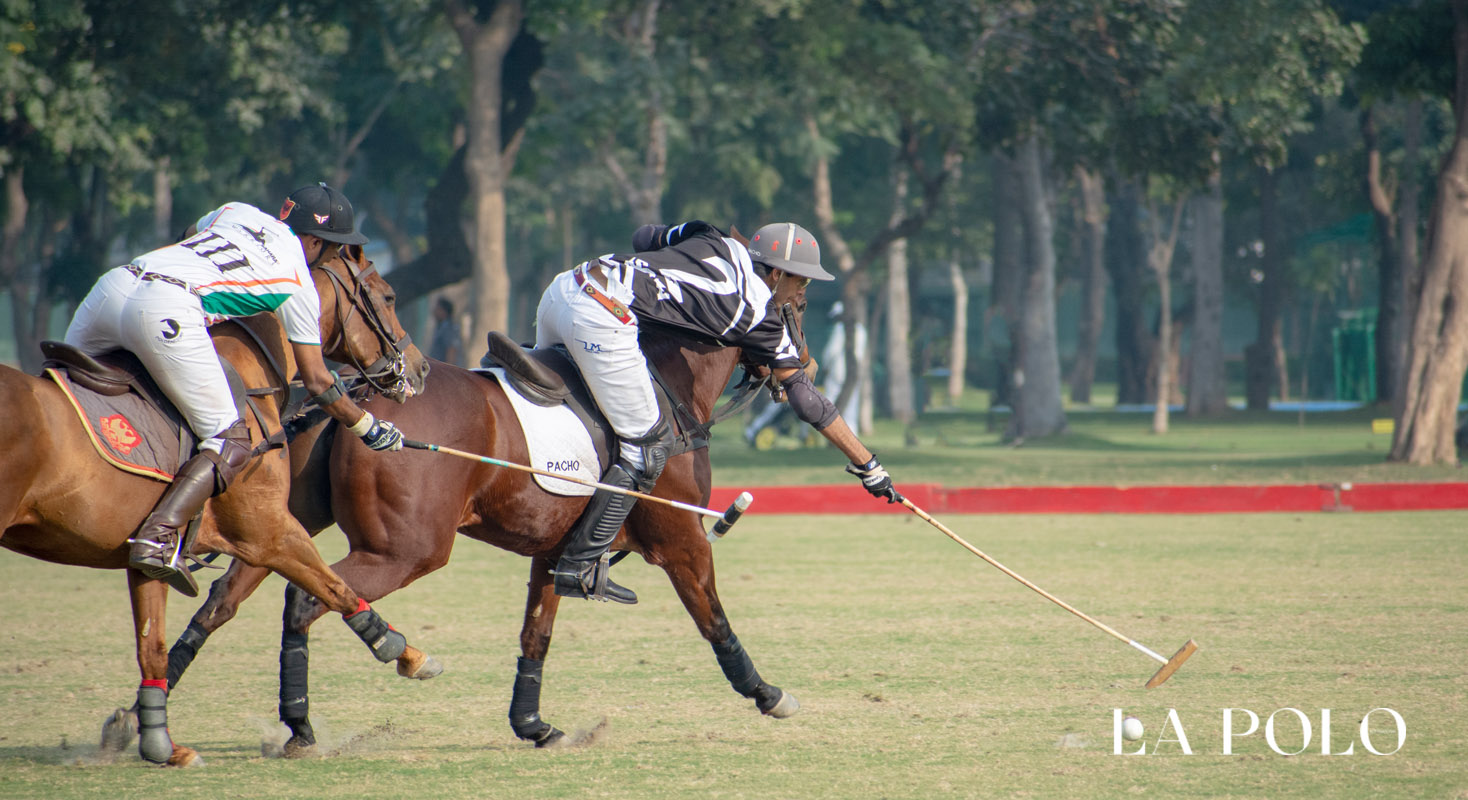 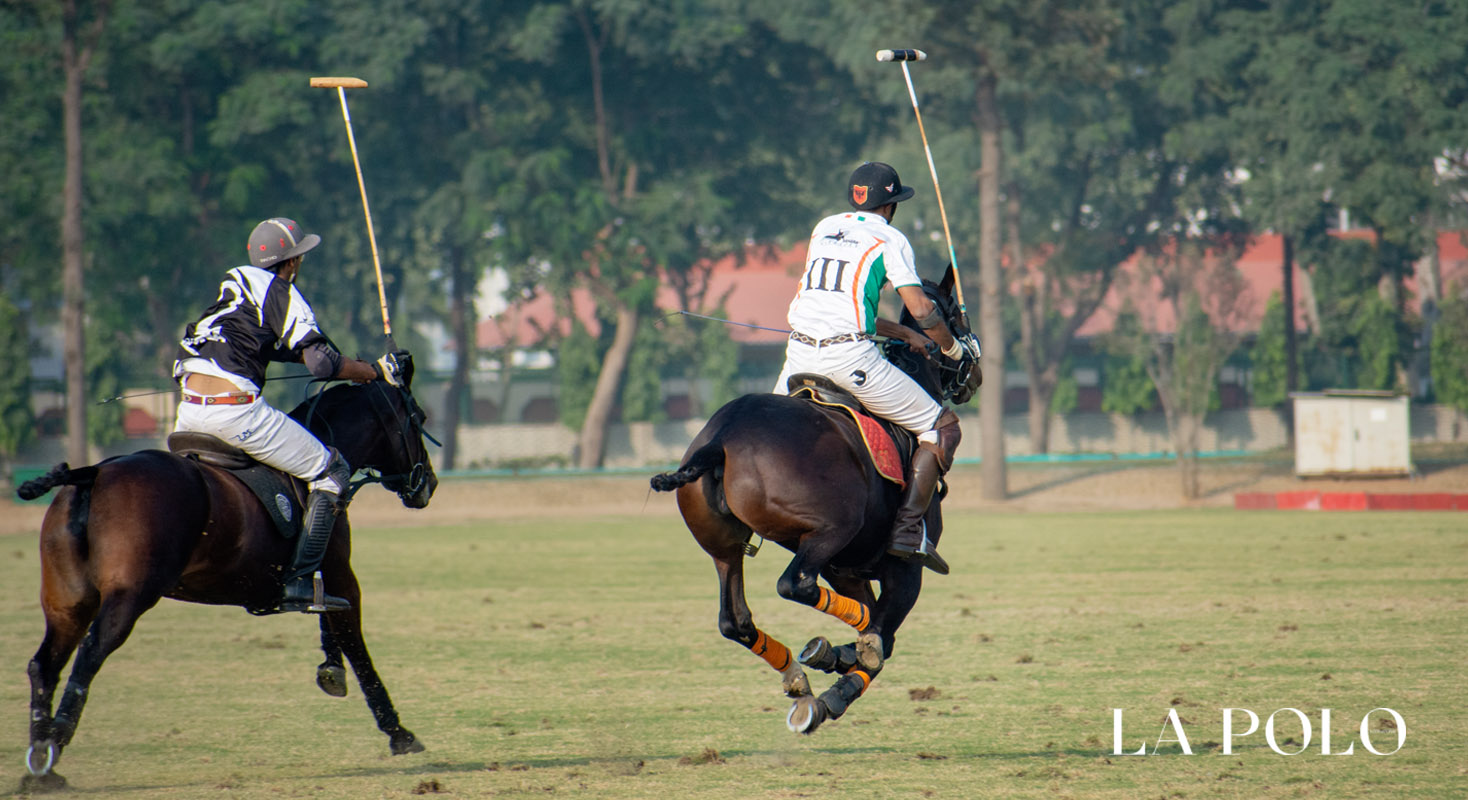 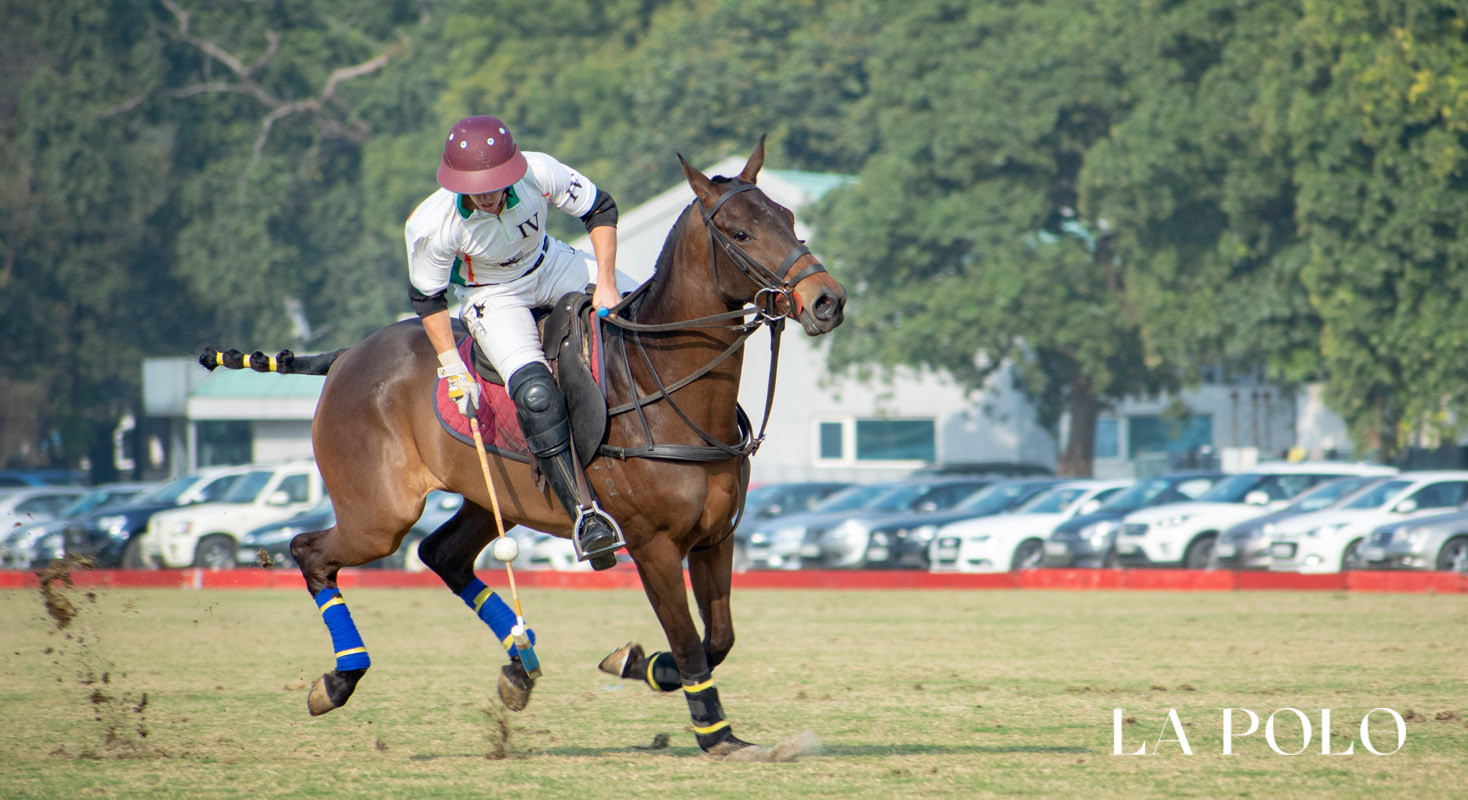