The grandstand was packed with people excited to their nerves for the match to begin. Preparing for the finals of Maharaja Jiwaji Rao Scindia Gold Cup 2019, the players were excited and nervous about the match. Greeting each other with a warm welcome, the players and the team owners had a motivational talk before the match. The commentator for the match, Sharad was ready with some good punchlines to start off the match. Blank expressions of the crowd soon turned into happy faces when the band performed. The players massed around the umpire, the commentator called every player individually, players got themselves clicked, the photographers clicked team photographs, the crowd was anxious and enthusiastic at the same time and the play for the finals began.

The play for the finals began with the umpires, Martin Pascual and Angad Kalaan, blowing the whistle for the match to start. The game begins with Matthew Perry's charge from the right being obstructed by Jindal Panther. Jindal Panther, going for a counter attack, was awarded a 60’ penalty which was converted into a goal by Simran Singh Shergill. The score was 1-0 after Simran's goal with Jindal Panther in the lead. Matthew Perry, again charging from the right, was tamed by Simran Singh Shergill as he defended the ball from going through the goal. Gaurav Sahgal, taking the charge passes a through ball to Hurry which was converted into a goal by Salim Azmi. The first chukker winded up at:


The chukker kicked off with Simran Singh Shergill passing a through ball to Tom Brodie which couldn't be converted into a goal by Dhananjay Singh. Naveen Jindal, leading his team from the front, paced with the ball towards the goal and scored a mind blowing goal to help Jindal Panther get back in the game. Matthew Perry's effort went in vain as Naveen Jindal stopped Matt from scoring as the scoreboard read 4-2 with Rajnigandha Achievers in the lead. Rajnigandha Achievers extended their lead with Matthew Perry's goal from the 40’ penalty. Jindal Panther replied back with a goal and winded up the chukker at:


The fourth chukker kickstarted with Simran Singh Shergill pacing with the ball from the center but missing the goal. Simran Singh Shergill quickly revived the miss as he scored twice from the 60’ spot to level the game at 5-5. Jindal Panther, coming back in the game, dominated the last chukker as they were awarded a 30’ penalty in the last 16 seconds which was converted into a goal by Tom Brodie to wind up the game at : 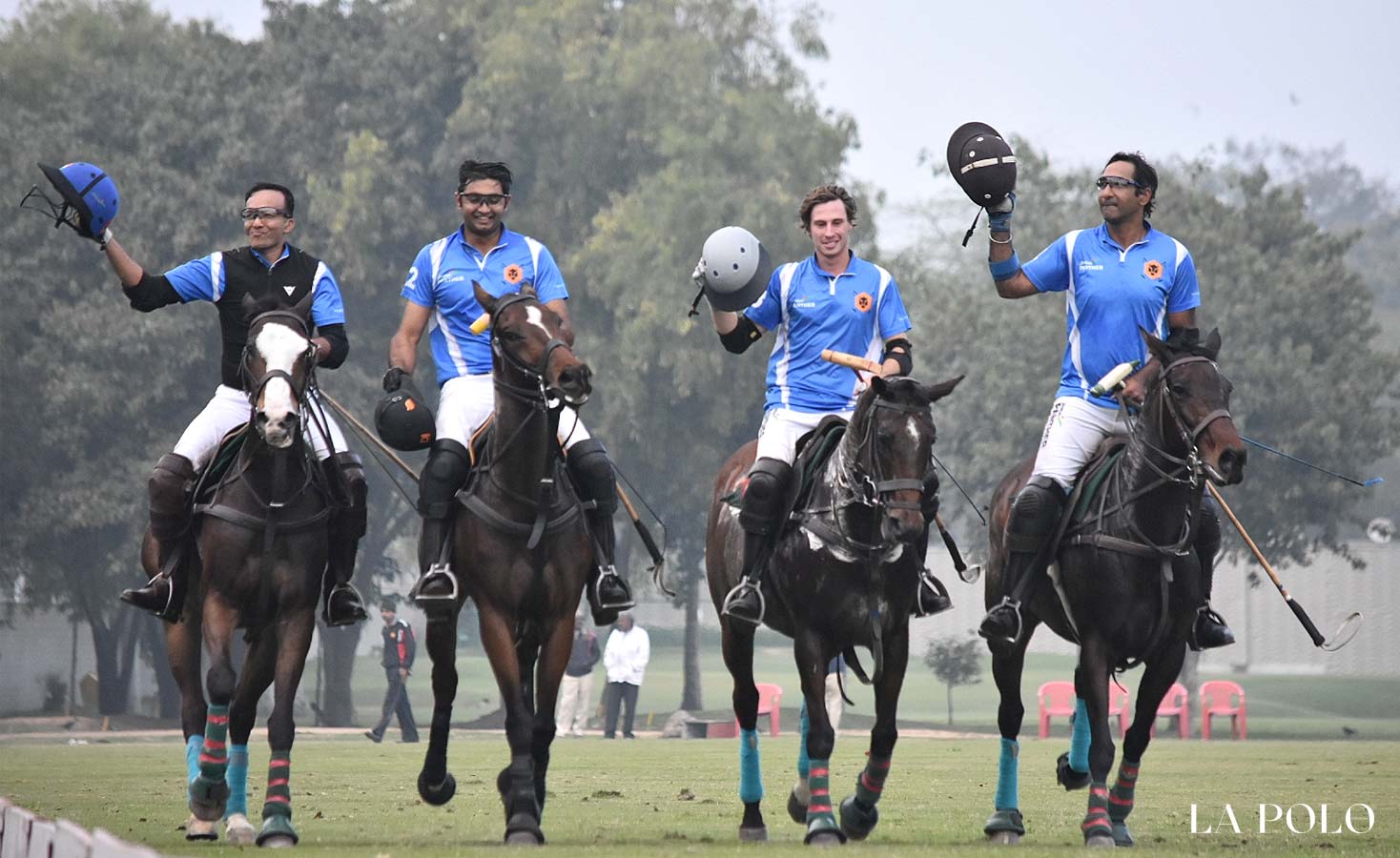 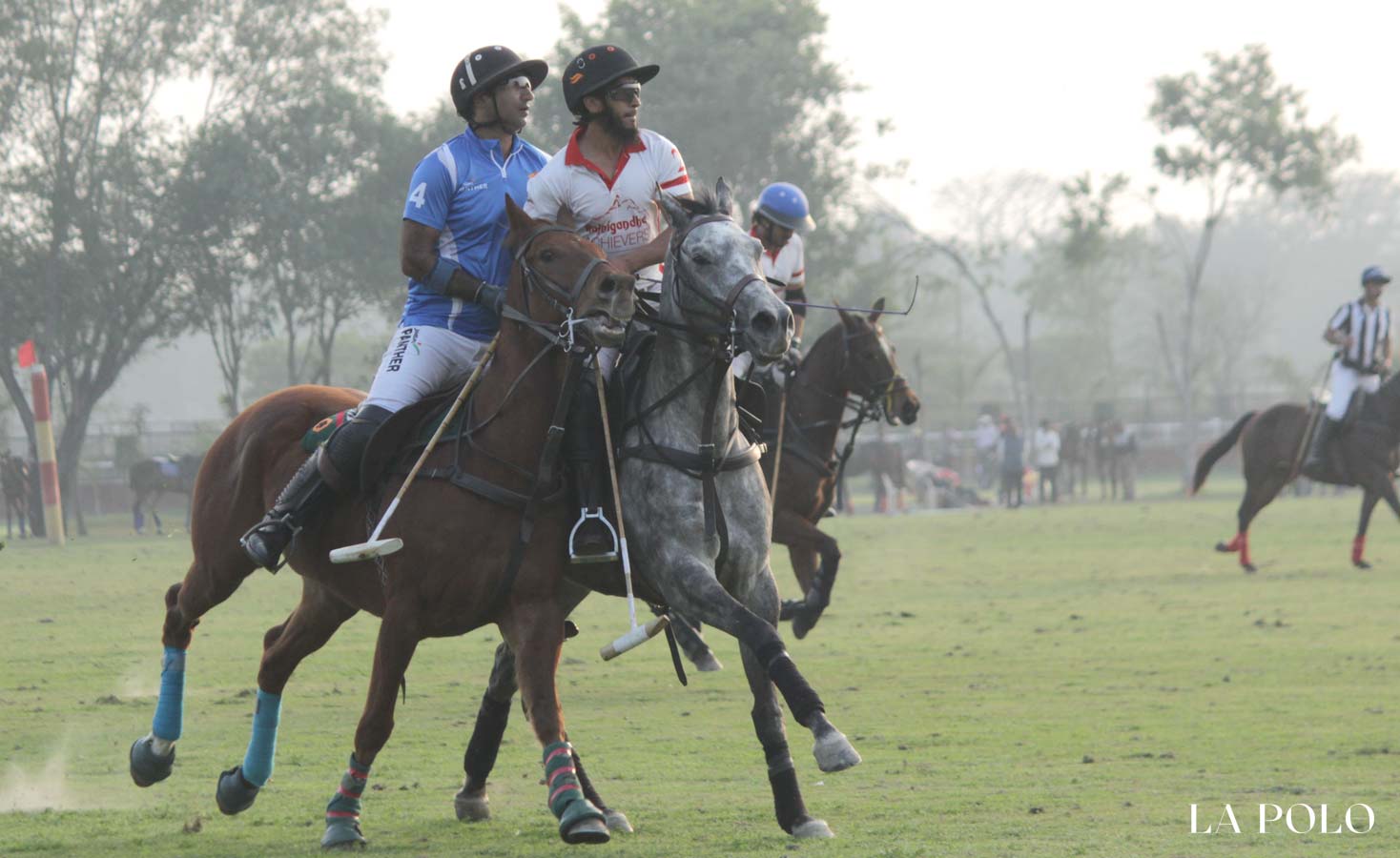 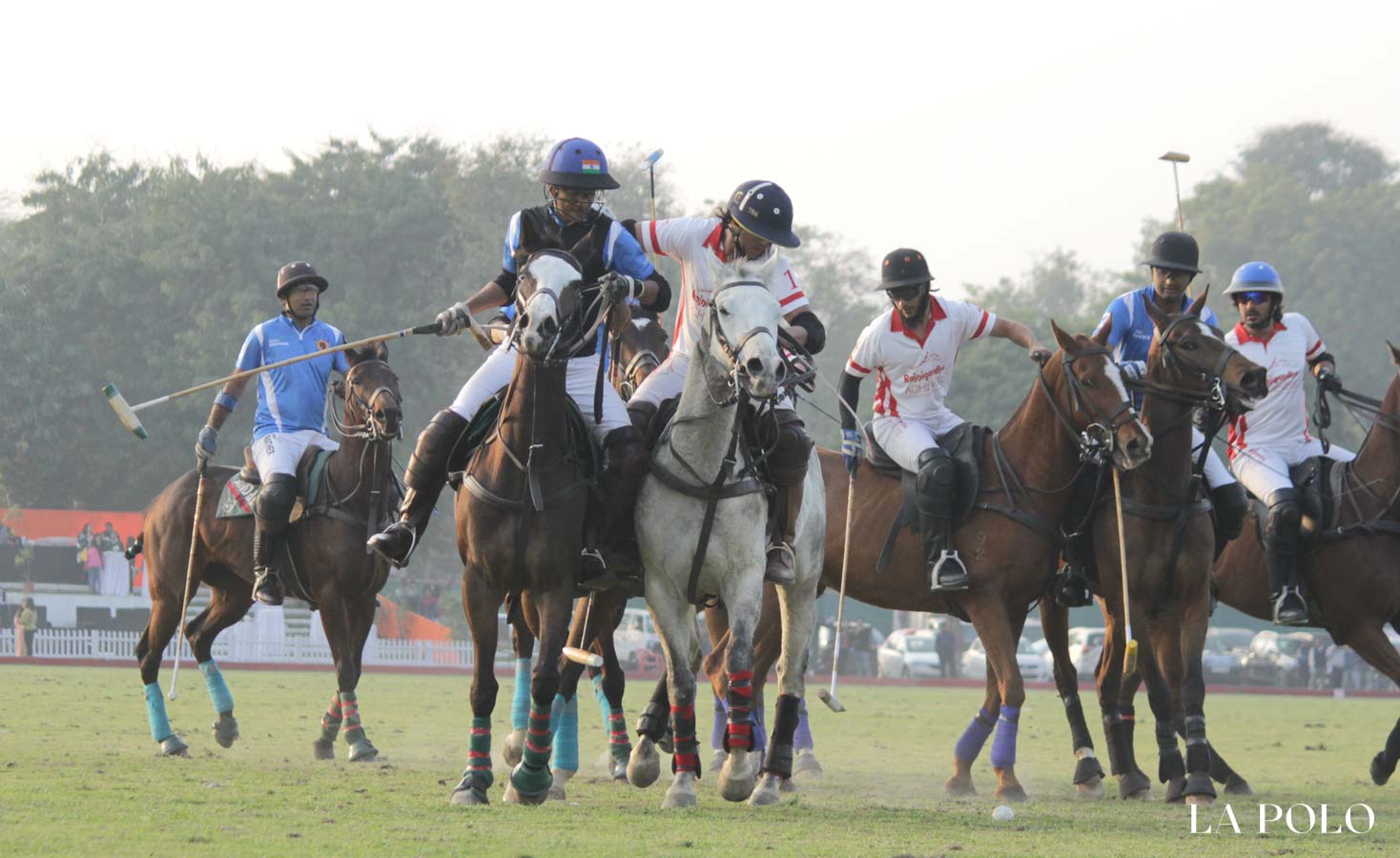 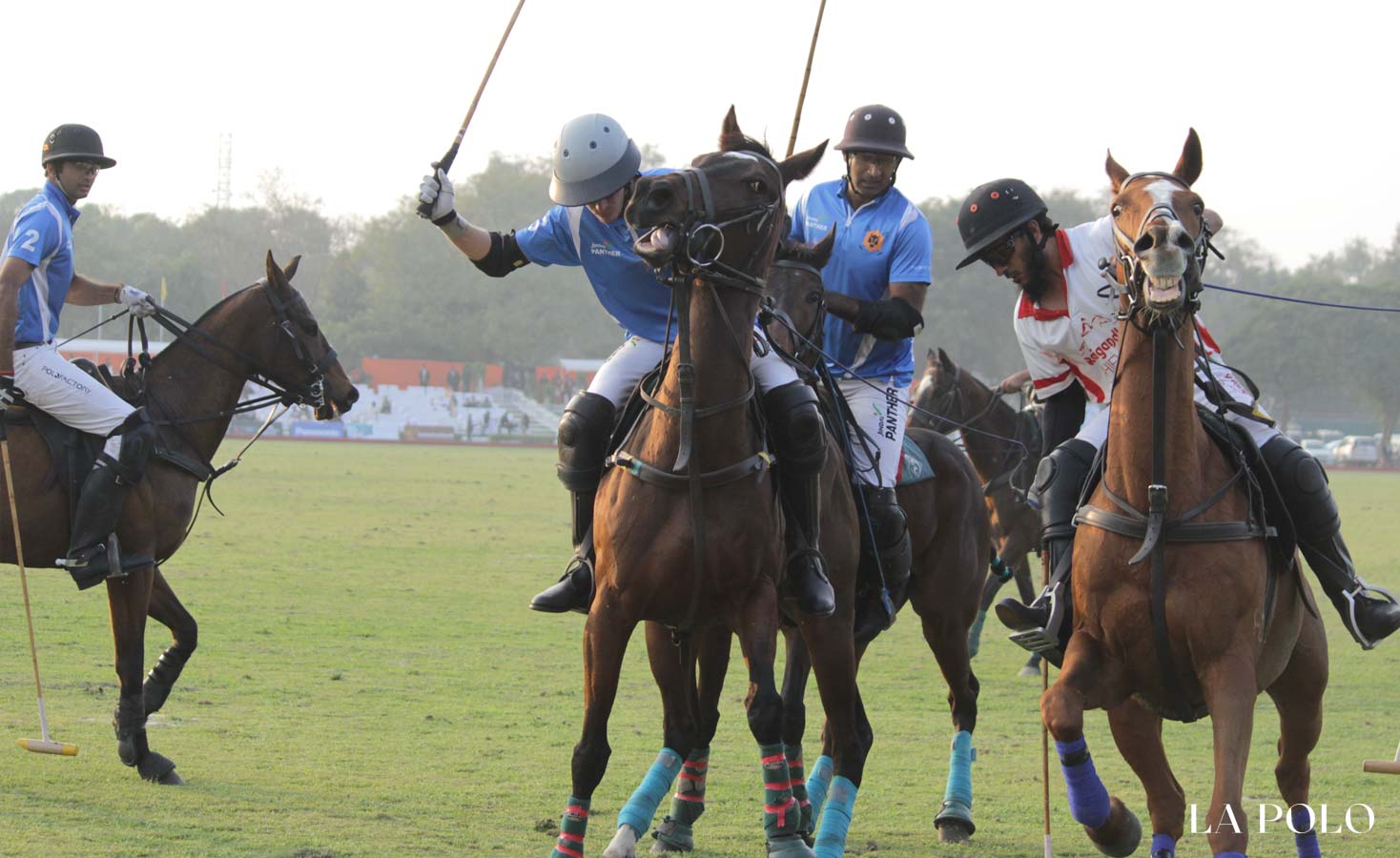 Semi Finals :WHO MAKES IT TO THE FINALS OF MAHARAJA JIWAJI RAO SCINDIA GOLD CUP?
Next