Who Galloped Into The Finals Of St. Moritz Snow Polo World Cup?


The day opened with dryness in the air and temperature shifts high unexpectedly. Spectators are packed and entertained with Karabakh rider performing their display of Land of Fire before the polo game. VIP’s and general public having a moment of joy enjoying the beauty of the Engadin Valley, sipping and tasting the pure taste of royal salute whiskey and Perrier Jouet champagne. 4 teams are ready to leave their mark of their entrusting and mesmerizing game. Here starts the matchday 2.

Here are the team composition of game as follows-


Before the match begins, Thomas Winter replaced Isidro Strada due to illness. Due to that, Azerbaijan Land of Fire team favoured with 1.5-point advantage in the beginning of the chukker handicap.

In the 1st and 2nd chukker, both the teams showed great defensive play. Adrian Laplacette, 6 goaler player from Azerbaijan Land of fire, suffered a tremendous injury as he cuts its ear. He was rushed to the hospitals on the spot. Min Podesta replaced Adrian Laplacette in this match. Due to the replacement, a goal was taken out of the scorecard from Azerbaijan Land of Fire team. Badrutt’s Palace, Alejandro Novillo Astrada found his form back and showing his passion and class of the game everywhere at the pitch. Here ends the first-two chukker with the score results as Team Badrutt’s Palace- 4 and Azerbaijan Land of Fire- 2.5.

The 3rd chukker undergoes with spirit of game continued but out of sudden, the man in form, Alejandro Novillo Astrada tumbled up from the pony and suspected broken arms but luckily after the help of epidemic aid, Novillo was back on the pitch with higher expectation. Here ends the 3rd chukker with the results as Team Badrutt’s Palace- 5 and Azerbaijan Land of Fire- 3.5.

Congratulation to Team Badrutt’s Palace team for victory and qualify for the final of the Snow Polo Cup for winning the coveted Cup.


Before the match underway, Team Maserati was awarded with .5-point advantage in the beginning of the handicap game.

In the 2nd and 3rd chukker, Both the teams displayed great amount of play but Maserati was on the top by scoring 4 goals in these chukker. The results of the second-third chukker was Maserati team- 7.5 and Cartier team- 5.

The 4th and final chukker undergoes with Juan Martin in the starting scoring an incredible goal for his team, Cartier. Nero is looking for an incredible comeback but Robert Storm with strong defensive skills and capability imitating Juan Martin Nero not to score. Here ends the chukker and the results are Maserati team- 7.5 and Cartier team- 6.

Congratulation to Maserati Team for victory and qualifying for finals of the Snow Polo World Cup St. Moritz.

For the first time in The Snow Polo World Cup’s history, a female player will take to the snow polo field for the Final, as Melissa Ganzi Badrutt’s Palace come up against 2017 winners Maserati for the coveted trophy. 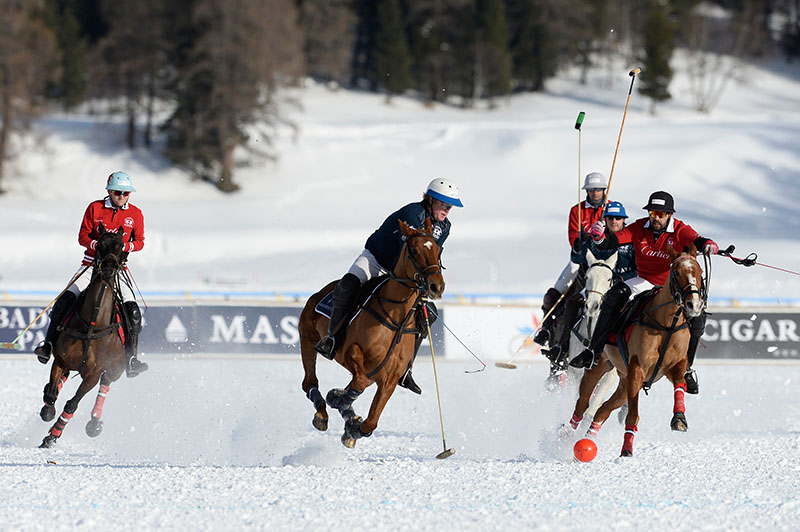 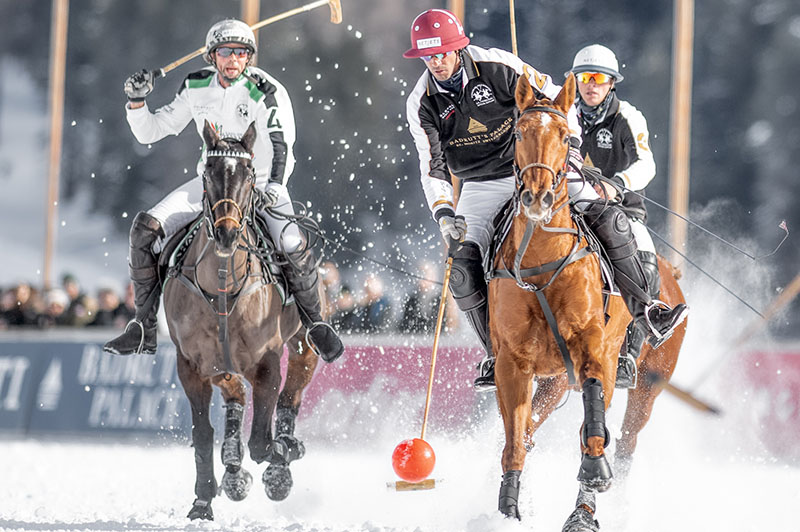 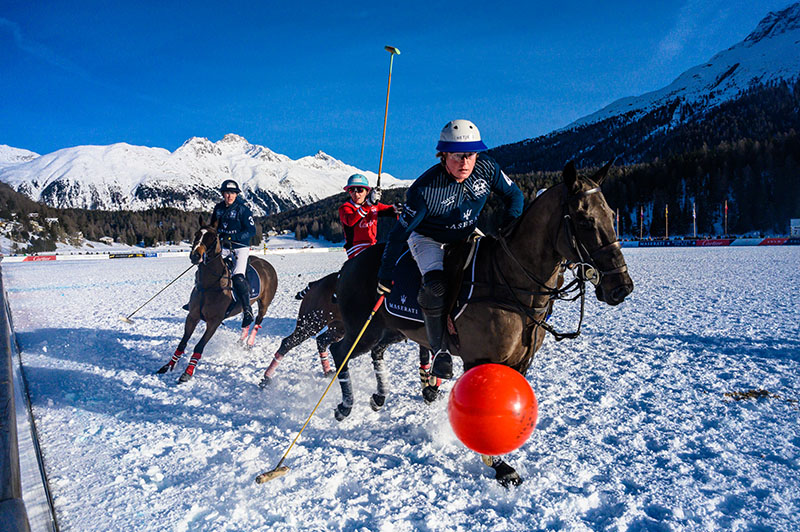 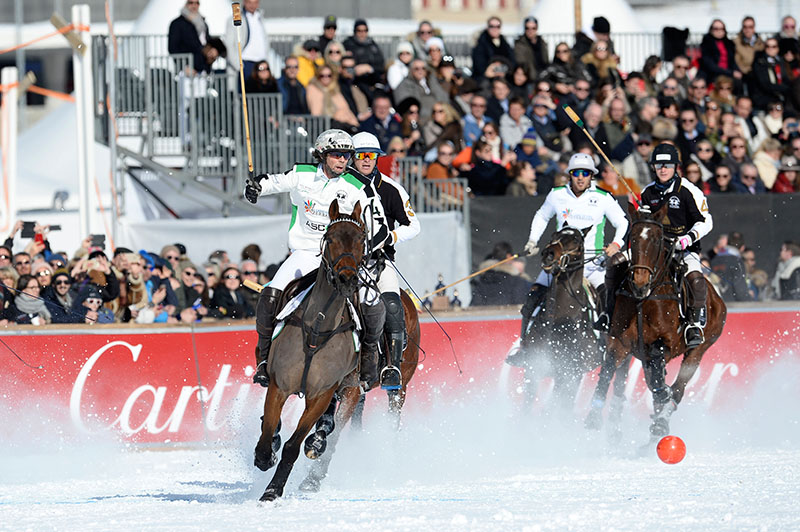 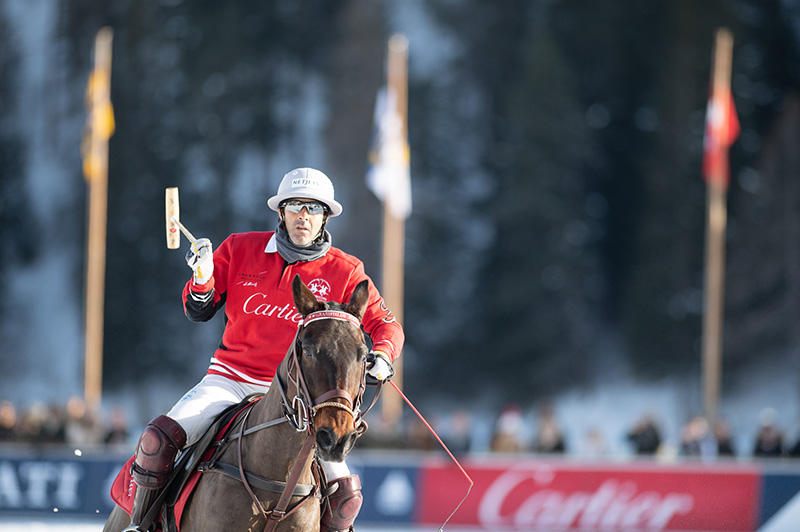 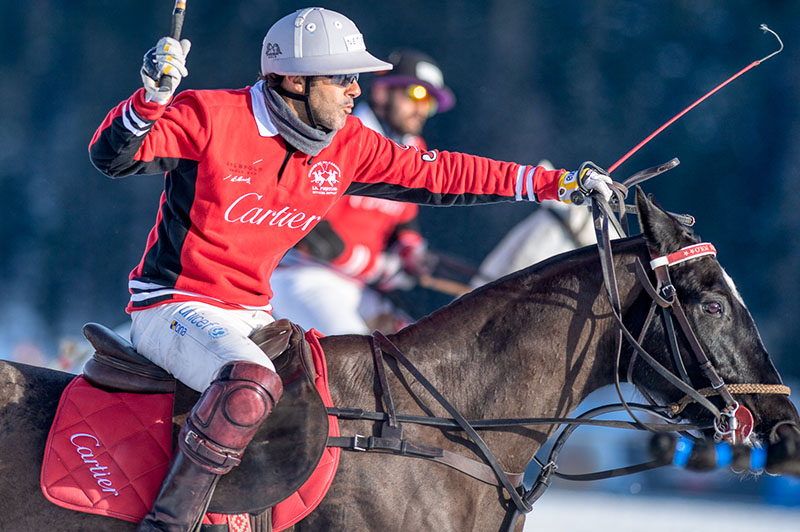 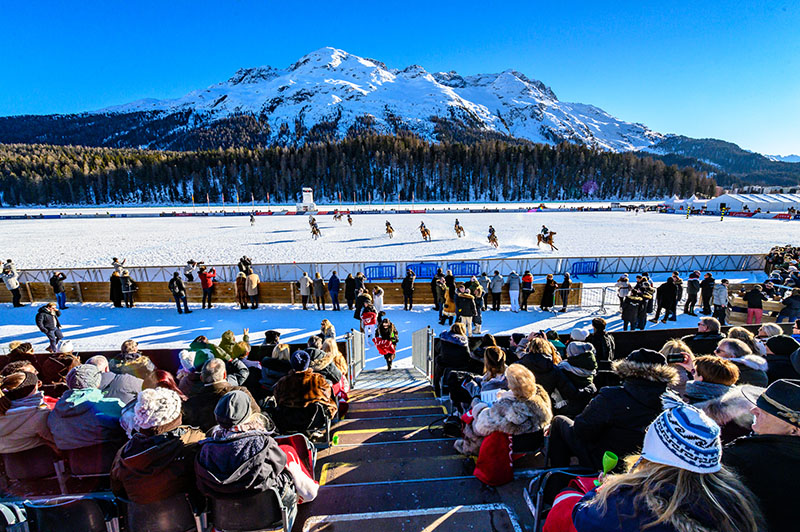 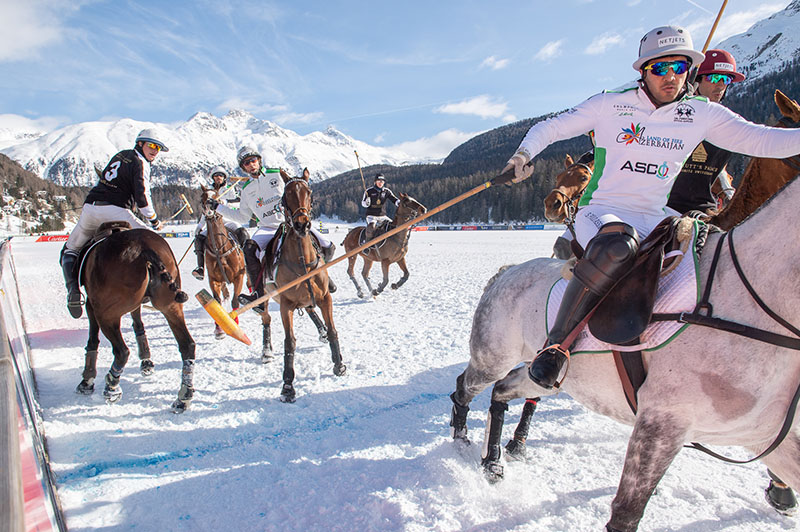 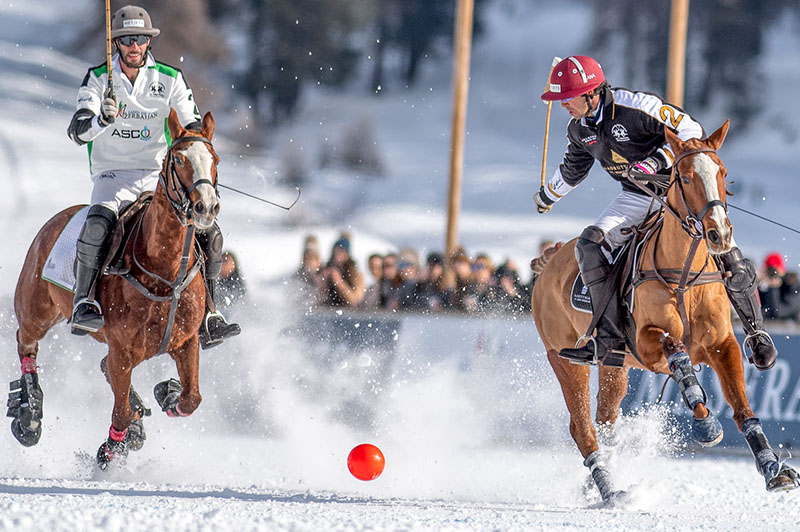