Who Fares On The Inaugural Day Of Cavalry Gold Cup?


Stay tuned with LA POLO to know the updates of opening day of Cavalry Gold Cup.


The Cavalry Gold Cup kicked off with 4 teams battling on the opening day of the tournament.


The second match of the day, Garcha Group / Aravali Polo vs Rajnigandha Achievers, kicked off at 3pm at the Army Equestrian centre with Garcha Group/ Aravali Polo awarded with a 0.5 point lead. The umpires of the match, Lt. Col Vishal Chauhan and Naveen Singh, blew the whistle for the match to start. The first chukker action proved the intensity of the match. With both the teams struggling to score a goal, the first half of the chukker was goalless. Matthew Perry scored the first goal of the game and the score was 1 - 0.5 with Rajnigandha Achievers in the lead. Matthew Perry and Manuel F. Llorente were involved in an intense battle towards the end of the chukker which ended with Manuel F. Llorente scoring a goal from a powerful shot hit from the 60’ penalty spot. The score at the end of the first chukker was

Manolo F. Llorente opened the scoring for the fourth chukker. Scoring two back to back goals for his team, Manolo helped his team get in the front. The score was 5.5 - 4 with Garcha Group/ Aravali Polo in the lead. A powerful shot from Manolo marked the 6th goal for Garcha Group/ Aravali Polo. As the match progressed, a great shot from Angad Kalaan was blocked by Gaurav Sahgal. Manolo F Llorente continued his terrific form and scored one more goal to extend Gercha / Aravali polo team's lead. Salim Azmi scored a goal in the dying minutes of the third chukker and the chukker ended at :

The fourth chukker witnessed an intense battle between the two teams. Entering the field with a lead, Garcha Group / Aravali Polo switched the play to defence and made it difficult for Rajnigandha Achievers to score a goal. Matthew Perry scored the first goal of the chukker when 3 minutes were left for the chukker to end. The score was 7.5 - 6 with Garcha Group/ Aravali Polo in the lead. Manolo F Llorente scored a brilliant goal from the 60’ penalty spot to end the match.
The final score was :

The first match of the Delhi Spring Polo Season, Cavalry - ASC vs APRC - NAVY, kicked off at the Army Equestrian centre at 1pm. A warm-up session before the match ended as soon as the umpires, Shamsheer Ali and Matthew Perry, blew the whistle for the match to start. Excited to their nerves, the spectators were eagerly waiting for some brilliant Polo action. Cavalry ASC entered the field in orange while APRC - NAVY played in white. APRC - NAVY were provided a 1.5 point lead. The match kicked off with both the teams trying hard to score in the first chukker. An long ball from Col Ravi Rathore for Naveen Singh marked the first goal of the match as the scoreboard showed the score 1.5 - 1 with APRC - NAVY in the lead. Progressing towards its end, the first chukker saw a goal from Cdr Akhil Sirohi for the APRC - NAVY team. The first chukker winded up at,


The second chukker kicked off with APRC- NAVY and Cavalry ASC trying hard to score a goal. The action packed chukker witnessed 3 goals scored by Cavalry ASC team. The first goal was scored by Col Ravi Rathore. A great angle shot converted into goal by Col was the highlight of the chukker. A goal each by Lt. Col Vishal Chauhan and Naveen Singh ended the chukker on a high for Cavalry ASC. The score after the first half was -


The third chukker kick started with APRC - NAVY scoring a goal to get back in the game. An intense battle between the teams continued as it was difficult to score a goal in the chukker. The scoreboard showed 2:30 minutes left for the chukker to end when Col Ravi Rathore made a fantastic run towards the goal. He was fouled midway and was awarded a penalty. Cavalry ASC scored a goal from the 60' penalty spot. The scoreboard showed 5-3.5 with Cavalry ASC in the lead. APRC - NAVY missed a 40’ penalty. The match was in its final seconds when Sep Ravindra Mang scored a goal from a brilliant run. The score after third chukker was


The last chukker of the match kicked off with a fantastic goal scored by Team Cavalry ASC. After the goal, the score was 7 - 3.5. The chukker progressed and saw an intense battle between the teams. A penalty was awarded to Cavalry ASC in the last seconds of the final chukker. Col Ravi Rathore converted the 30’ penalty to the last goal of the match. 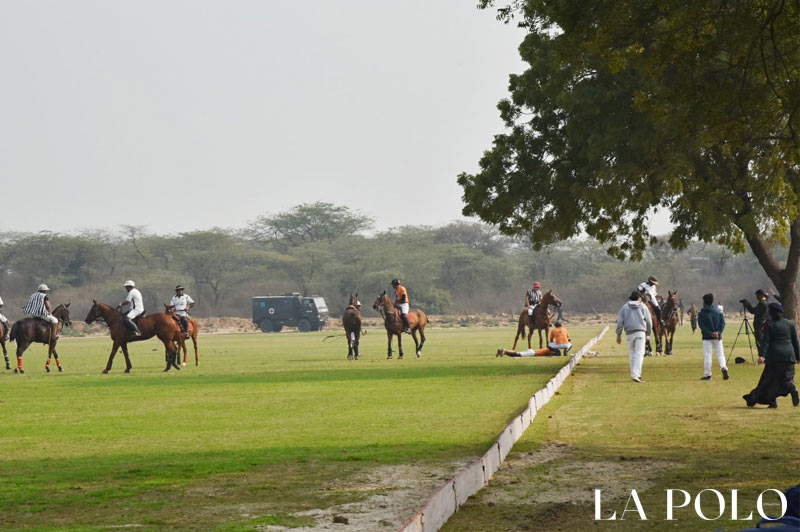 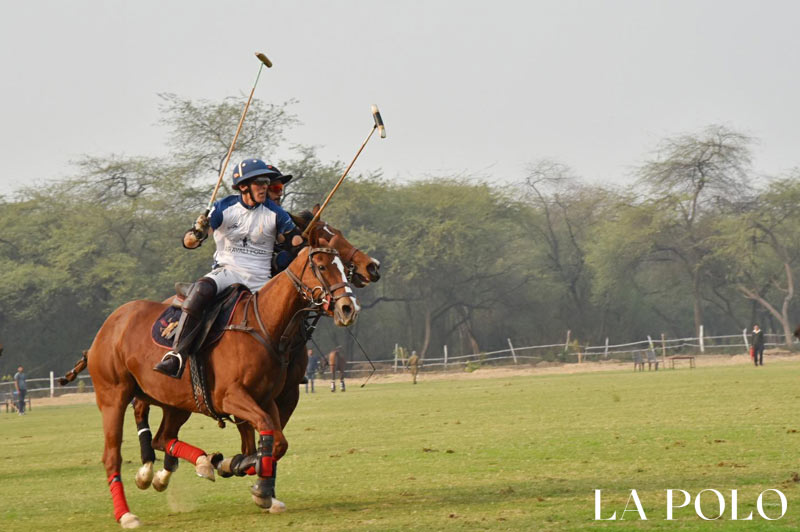 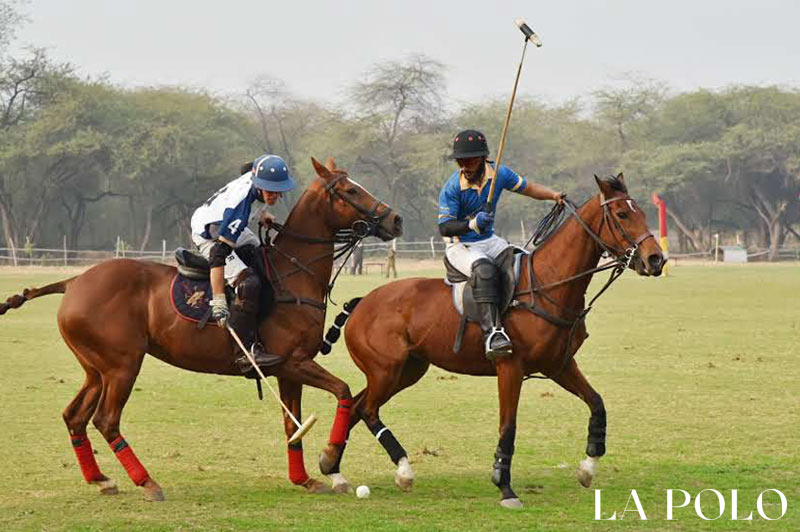 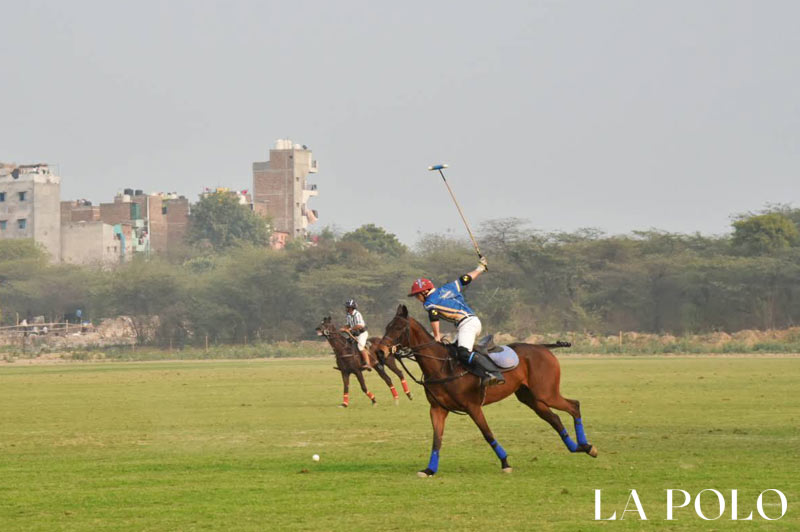 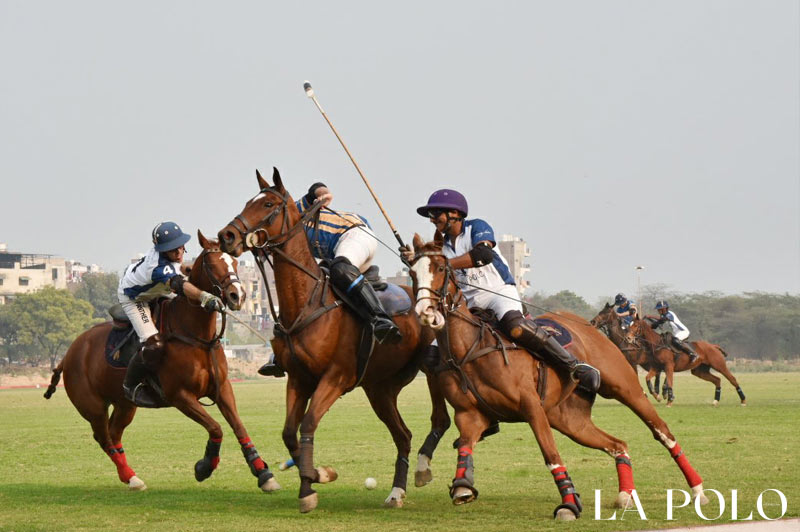 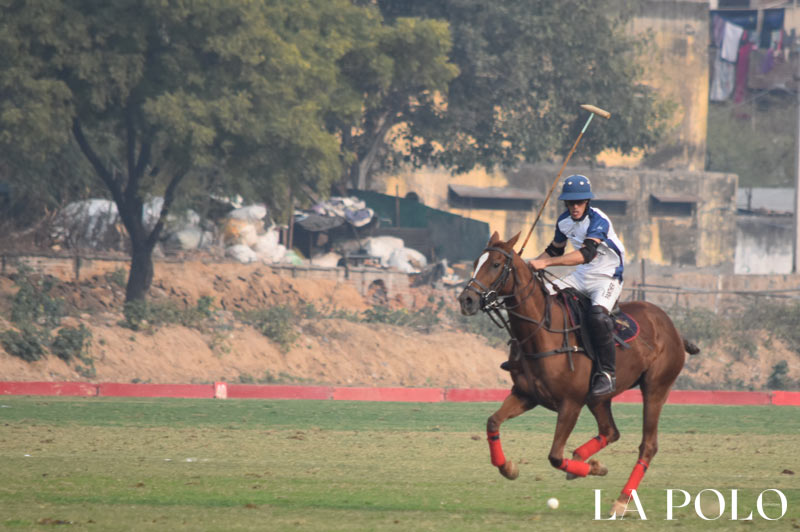 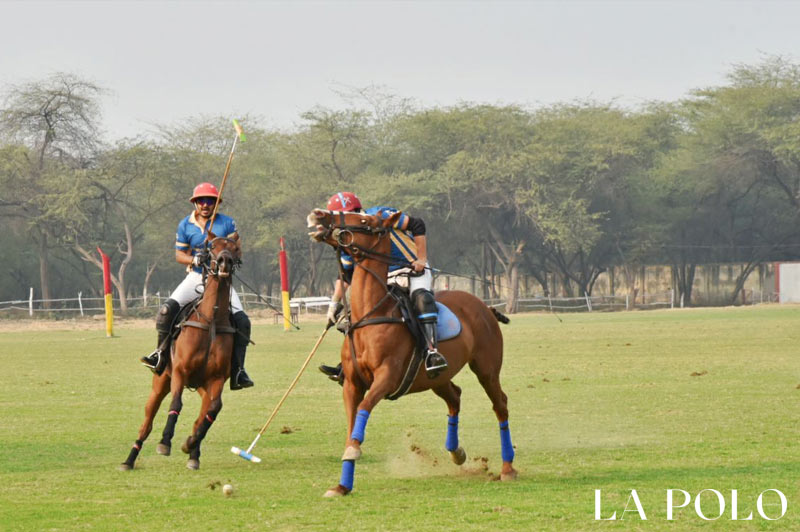 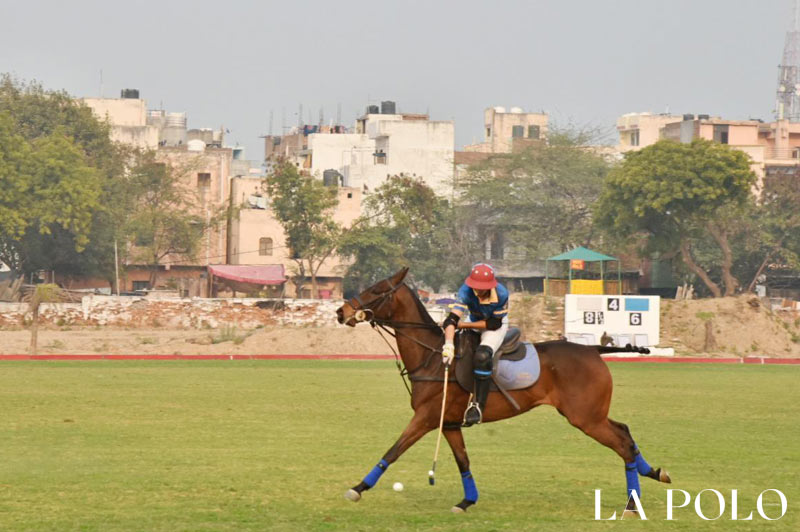