The 1st day of the Rajputana and Central India cup witnessed Chandna Cavalry Polo & Polo Heritage go head to head to achieve victory in the 1st match of the tournament.


The first Day opened with sunlight gazing towards the eyes of the crowd with sedating winds. Sun rising from the winter season to provide warm welcome to the afternoon. The crowd is waiting for the match to begin and horses are ready to show their incredible speed and bonding with the jockey. Maharaja of Jodhpur Golden Jubilee Cup, the 1st day of the 10th goal Maharaja of Jodhpur Golden Jubilee cup of Jodhpur Polo Season witness 2 teams contesting for a victory. Each team glancing towards the trophy and ready to leave their mark on this first day of the Cup.


CHANDNA CAVALRY POLO V/S POLO HERITAGE
The 1st day of the Rajputana and Central India cup witnessed Chandna Cavalry Polo & Polo Heritage go head to head to achieve victory in the 1st match of the tournament. The 10-goal Golden Jubilee cup of the 19th Jodhpur Polo season, Matchday 1, was envy with inviolable gestation and anguish. The away crowd was packed and ready to see their respective passionate team in action. Both the teams have a taste of defeat in their previous tournament of the cup and let’s see which team would like to change and leave their solid mark of classiness and mark in the Maharaja of Jodhpur Golden Jubilee Cup.

Here is the team Squad of both the teams as follows-


Here begins the 1st chukker. Both teams are focused and credence. The ball is rolled by Maharaja Gaj Singh Ji and Ravi, Chandna Polo, controls the ball in his half. Both the team till now have defended their half but out a sudden, Emilio striking towards the score but Chandna Polo defending it beautifully and clearing out of the danger zone. A spot hit to Chandna cavalry in their favour but Ashok not able to capitalize the situation at the moment. The score is nil to both teams. Out of sudden, Emilio going towards the enemy’s goal dribbling but not able to score as his bad faith strikes back at him. Manolo striking the ball from the penalty side but a whistle is blown in favour for Chandna Cavalry Polo. Manolo converting the penalty without any pressure and score the 1st goal of the tournament and for his team. The First chukker ends with the results, Chandna Cavalry Polo- 1 and Polo Heritage-0. 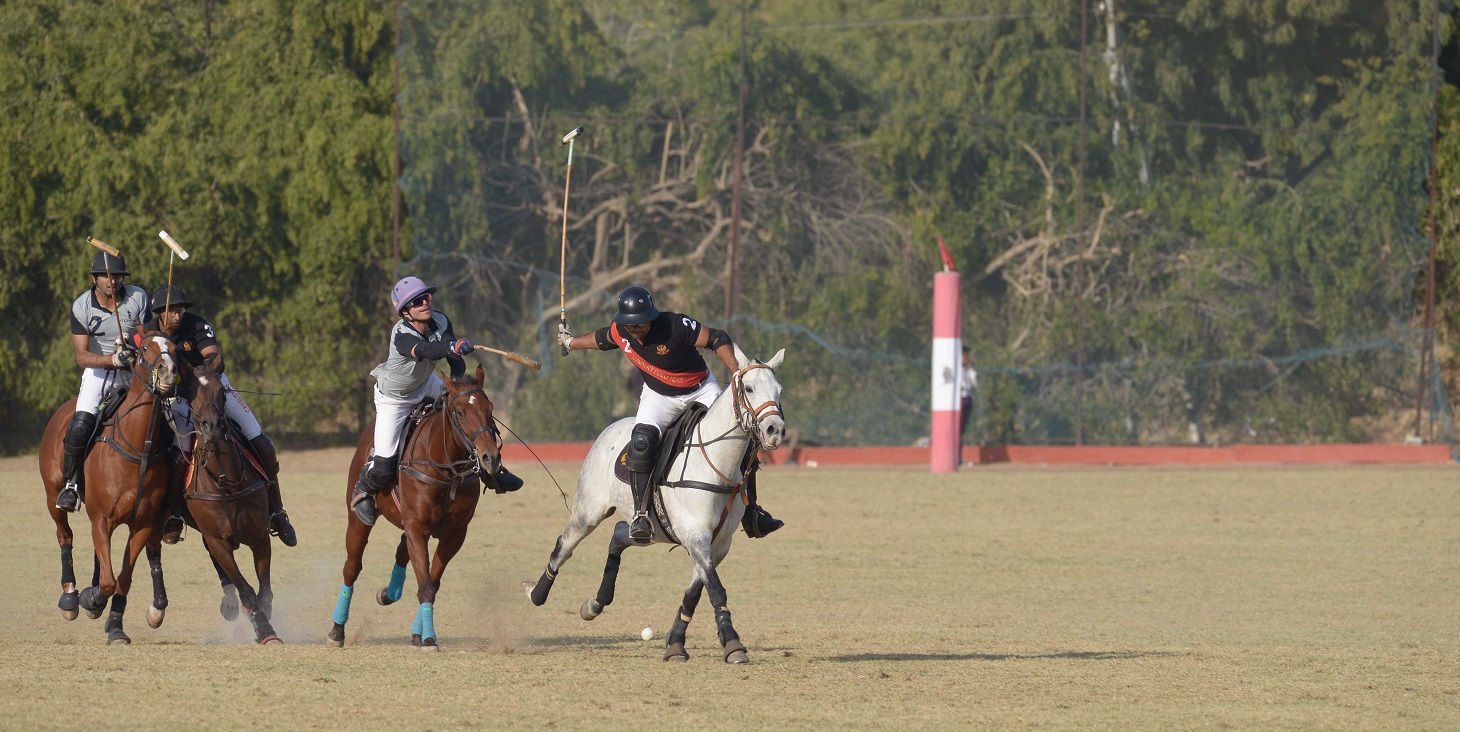 The 2nd chukker under ways and Dhruvpal Gadara, Polo Heritage, in control in the beginning. Dhruvpal got a spot hit and he strike it well but missing the goal post slightly. The goal post is well defended by both the teams and looking well in defence. Out of a sudden, Dhruvpal doing the hard work and Emilio scoring the equaliser for Polo Heritage. The score is Chandna Cavalry Polo- 1 and Polo heritage-1. Out of a sudden, Again Dhruvpal Godara taking the ball and dribbling opponents graciously but not able to score the goal as he strikes towards the outside of the post. Here ends the second chukker and the results are, Chandna Cavalry Polo- 1 and Polo Heritage-1. The score is equal. 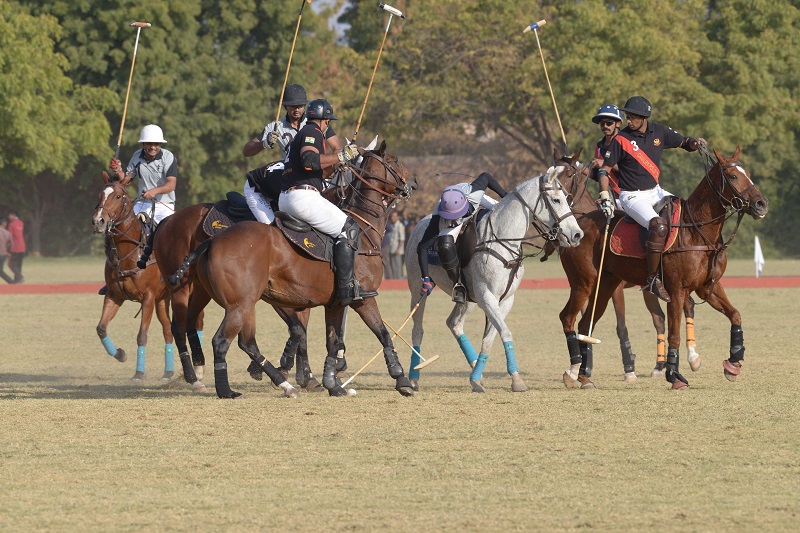 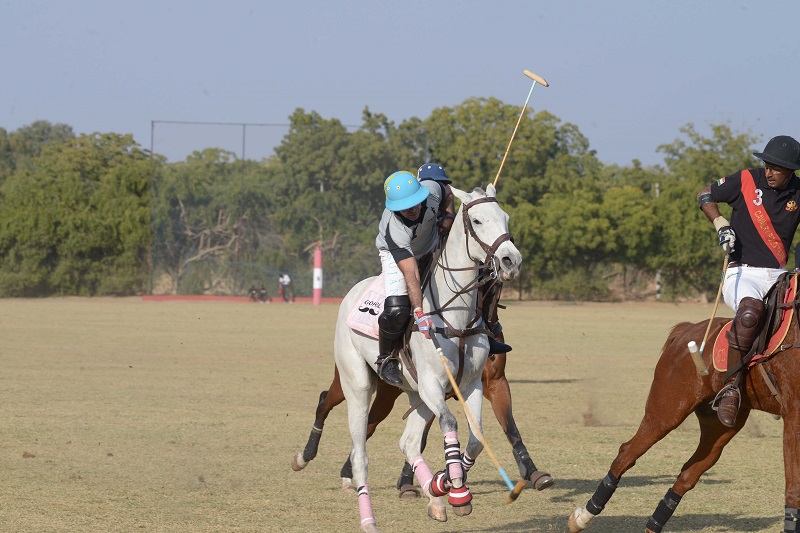 An extra chukker is awarded to both the team in sudden death by the Referee, Abhimanyu Pathak. Here starts the Extra chukker and the rule of this chukker is that the team who scores the first goal in this extra chukker, that team will win the match snatch the point from the opposition house. Contestation began between the both houses. Ravi scores the goal for Chandna cavalry Polo and he wins the game for Chandna cavalry Polo. The end results of the game- Chandna Cavalry Polo-6 and Polo Heritage-5. The match has achieved its winner.

Congratulation to Chandna Cavalry Polo for victory in the first match of the Golden Jubilee cup in jodhpur.