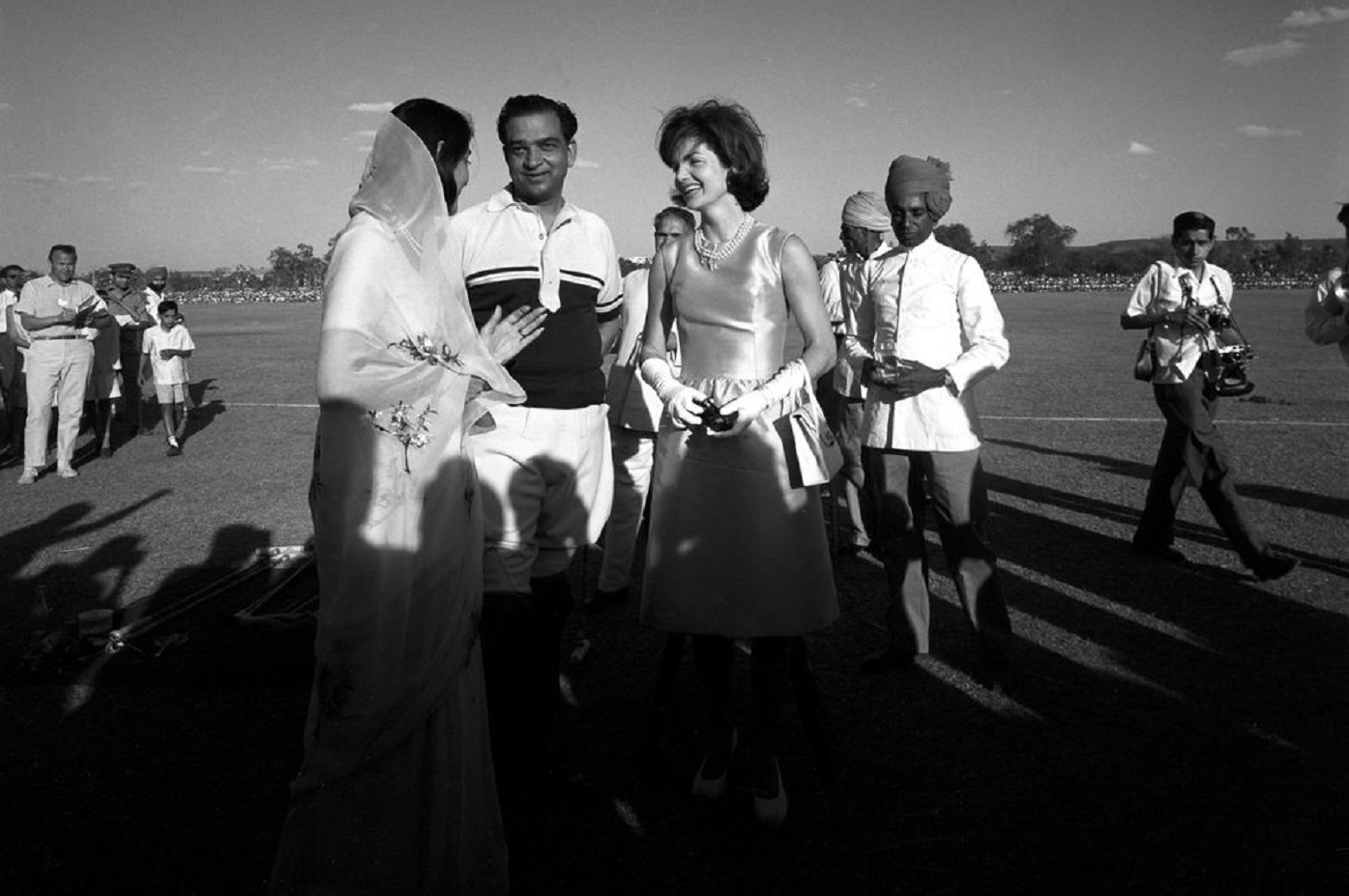 The mere mention of polo brings to mind everything royal that one has ever come across. Fondly called the Sport of Kings, in earlier times polo was reserved for royalty alone and the military alone. But recent developments in the sport have opened doors for people from all strata of the society to learn, explore and flourish at the much coveted sport. Owing to the opulence of the sport, it continues to hold its regal status the world over.

While polo originated in Persia and was majorly played in Central Asia in earlier centuries, the modern version of polo took shape in the Manipur region of India. Ever since its inception in Manipur the game has enjoyed a special status in India and outside. This special status has come with constant ups and downs too. But, despite the several highs and lows that polo has seen through the years, it has continued to exude class and be one of a kind. This spirit of polo has resulted in it having had a memorable period of success and glory in India. Called the Golden Period of Polo in India, this period is fondly remembered by players and enthusiasts, alike.

Before and during the British rule in India, most of Rajasthan consisted of Rajput kingdoms. The area was then known as the Rajputana, continues to hold the royal traditions and heritage of the past. Interestingly, the visibility of polo in this region continues to break records, even today. Maharani Gayatri Devi (1919-2009), Queen of Jaipur, also belonging to the Rajputana, was considered the last surviving link to the Golden Age of Polo in India, until her demise. Owing to her link with the Golden Age of Indian Polo, the much acclaimed Hurlingham Polo Association held a thanksgiving service in her memory in 2010, at St. Michael and All Angels Church. 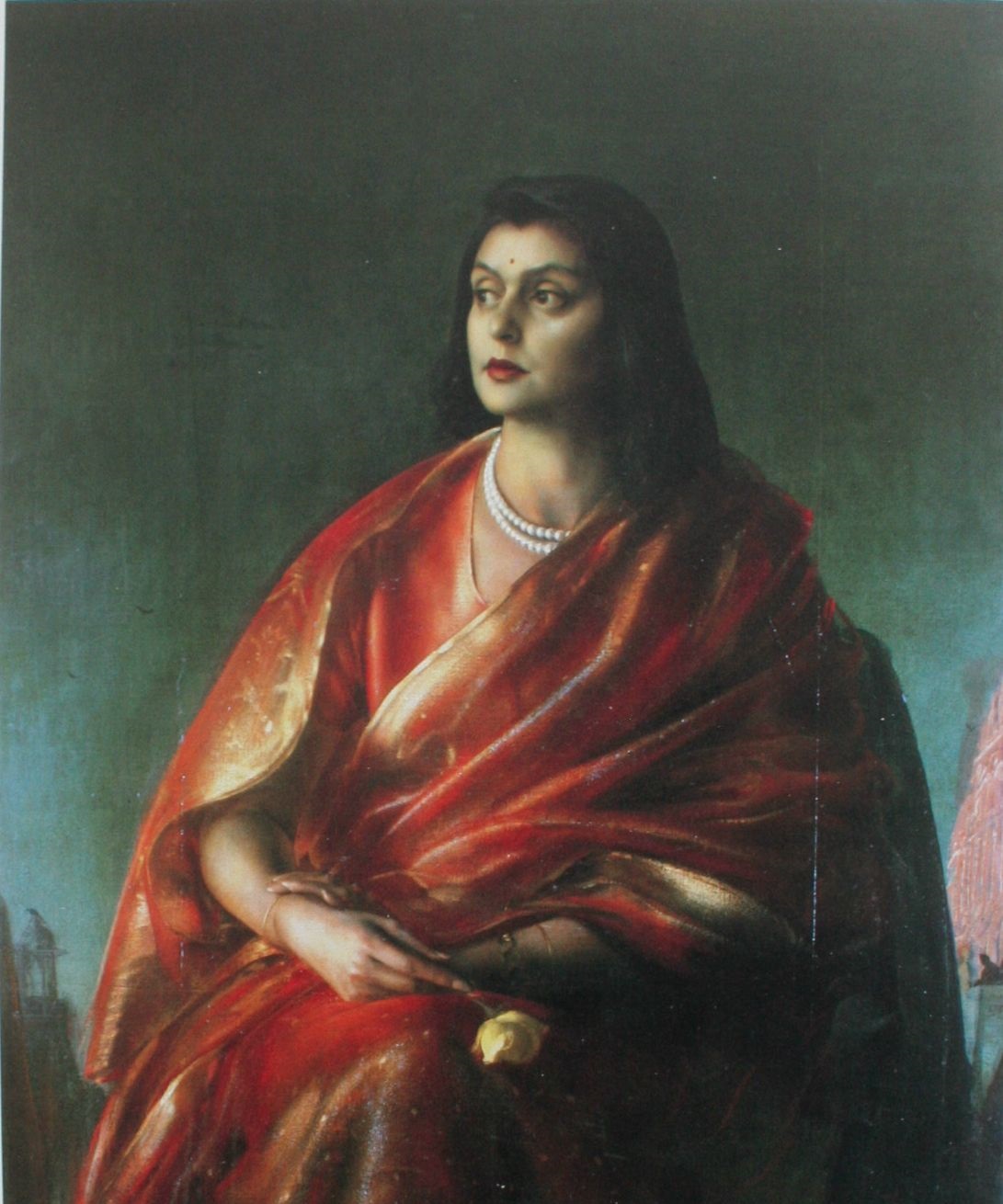 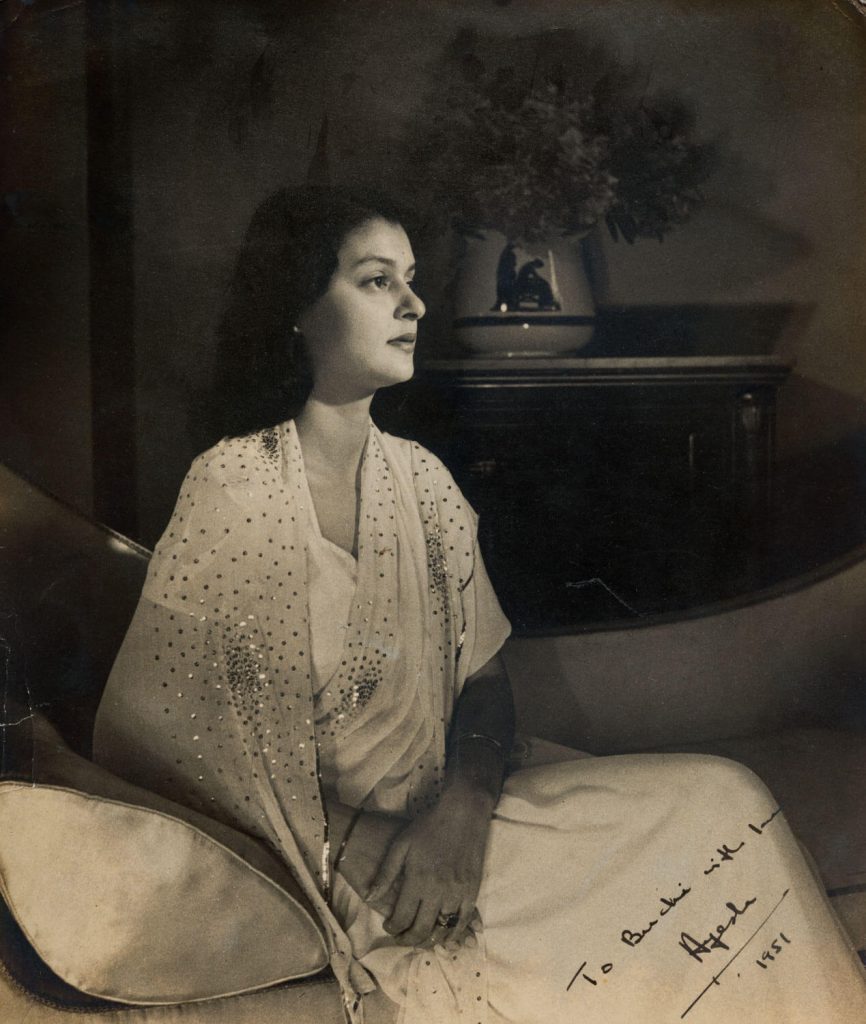 The Princes of the Rajputana upheld the virtues of a warrior above everything else. These virtues were symbolized by horsemanship and combative sports. The Rajputana region, in more than one way, was central to the golden age of polo in India. 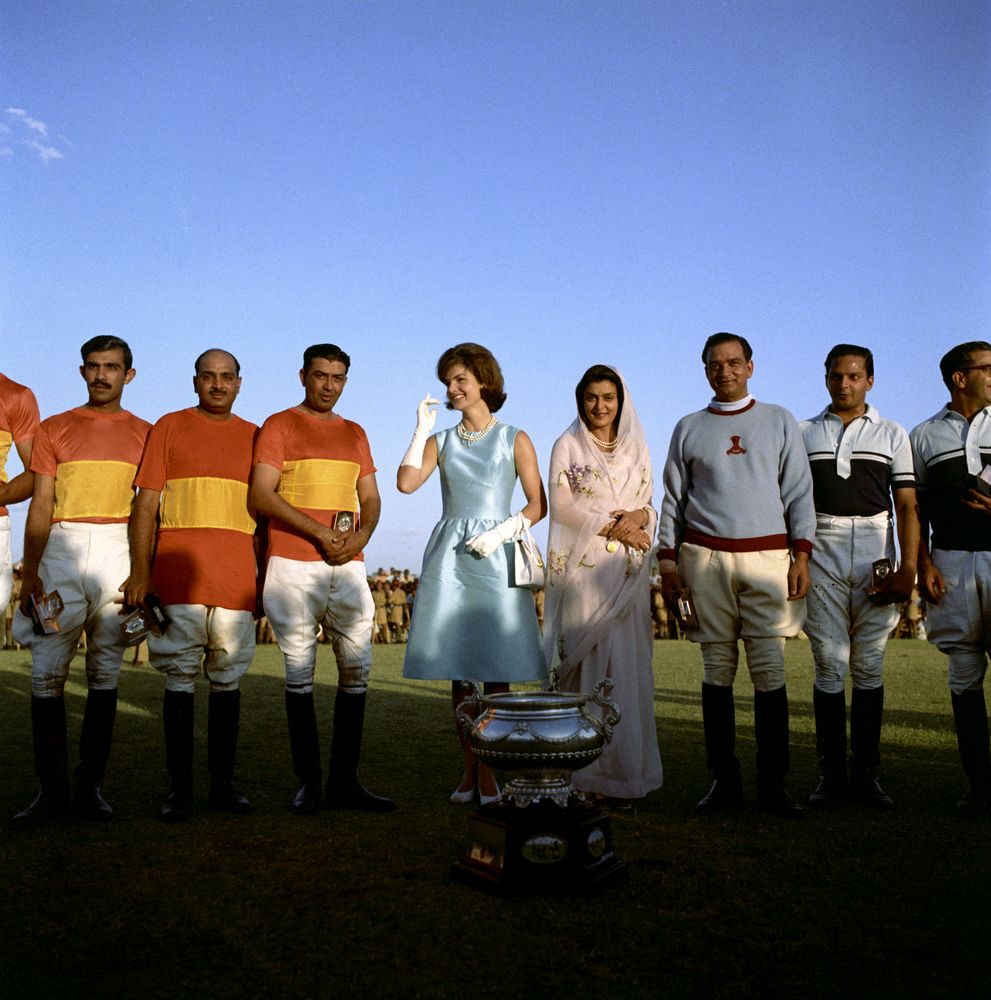 When he joined the Jaipur team from 1932 to 1939, Maharaja Man Singh and Rao Raja Hanut Singh came together as a team, both with a handicap of nine goals. Together they continued to win the championship for Jaipur and etched their names in the history of Indian polo. The golden age of polo in India was truly mesmerizing for polo fanatics, players and enthusiasts because India saw some of the greatest players in history, on the field. The Jaipur team for instance comprised Maharaja Man Singh, Rao Raja Hanut Singh, both nine goalers, and Prithi Singh, the crown prince of another territory in the Rajputana along with Abhey Singh, Rao Raja Hanut Singh’s half brother, both eight goalers. Not only within India, but the team played the English season in 1933, won each tournament in the series, finally bringing home the Hurlingham Championship Cup. Recalling the golden age one can only wonder how rich the heritage of polo in India is, indeed. 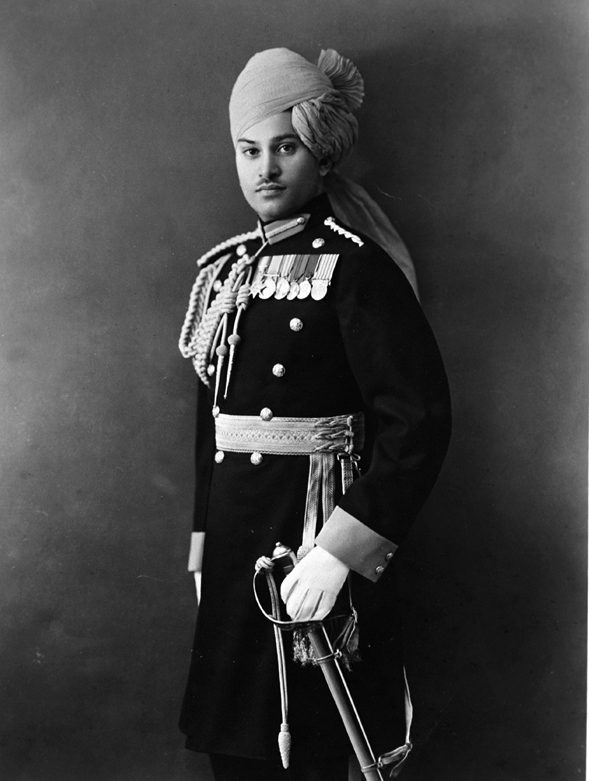 Maharani Gayatri Devi, remembered for her exuberance and as the last surviving link to the golden age of polo in India until her demise, had a life filled with rich experiences. But, at the same time she suffered several personal tragedies, losing a most people close to her early in life. It was at such a time that polo came to her rescue, providing solace and comfort to her. After her husband’s death she travelled the world attending major polo tournaments and presenting trophies to the winning teams.

As Rao Raja Hanut Singh continues to be remembered as one of the most brilliant polo players India has ever produced, the knowledge of his ancestry comes as a delight. Sir Pratap Singh of Jodhpur, also known as the Grand Old Man of Indian Polo led the first ever Indian polo team in 1897. As the team travelled abroad, it brought home the Roehampton and Champions Cup. Interestingly, the pants worn on a polo field by players called the ‘Jodhpurs’, were designed by Sir Pratap Singh. Not only on the field, but the maestro was as talented off the field too. 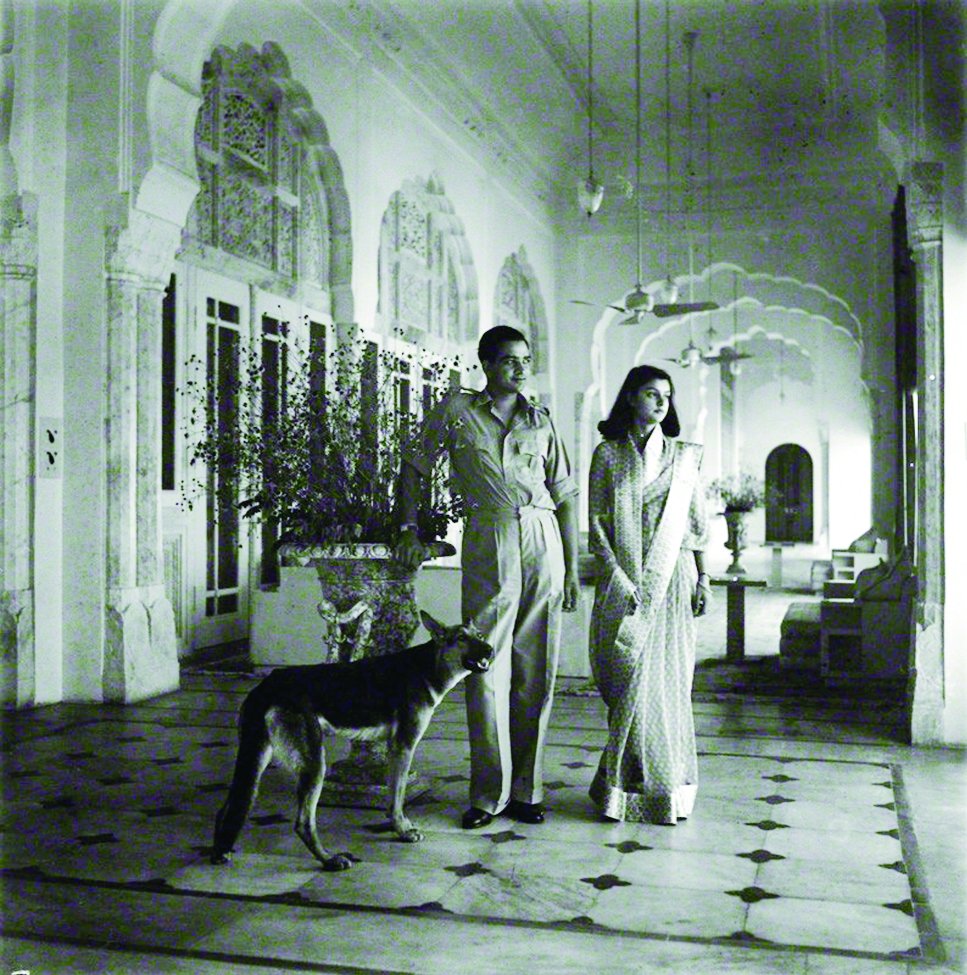 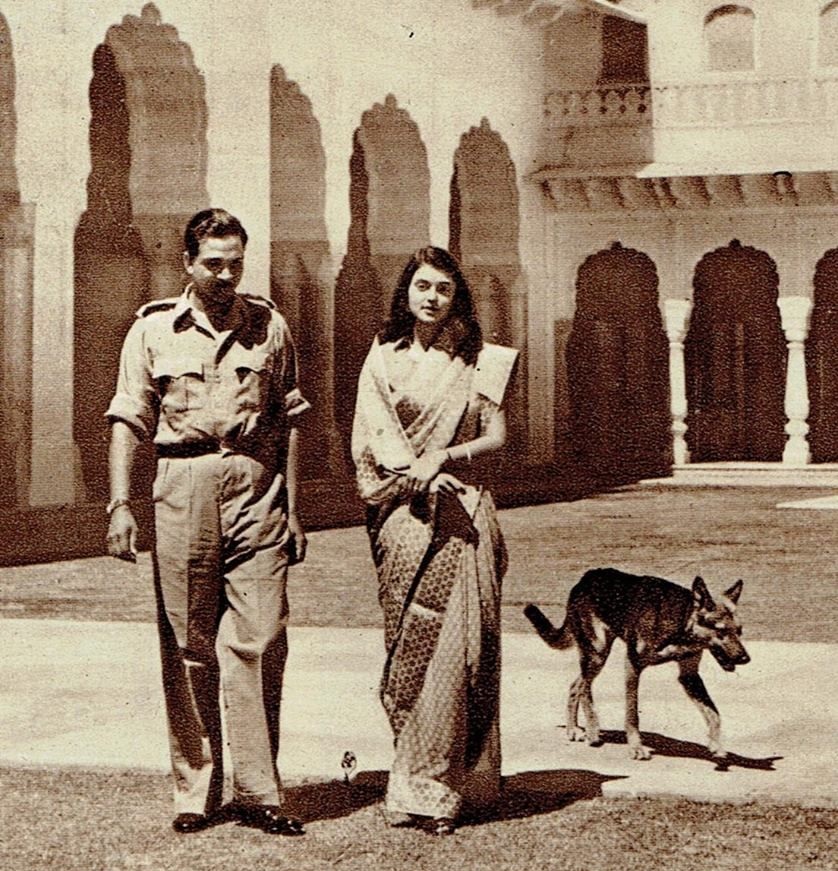 Today, Delhi has come to occupy the position of the heart of the winter polo season in India. Delhi is undoubtedly one of the hubs of polo in the country, with some of the greatest polo grounds. Fascinatingly, Delhi has witnessed some of the greatest matches of polo in India. Back during the golden age of polo in India, in 1922 the Prince of Wales visited the country. In his honour, a polo tournament was organized. While a crowd of close to a hundred and fifty thousand people witnessed the final match from the stands, against the backdrop of the Red Fort, Patiala and Jodhpur played against each other. It was this match that Rao Raja Hanut Singh described as the greatest match ever.

The Rajputs are known for their valour and pride. They’d take a bullet over dishonor any day. With this idea being prevalent throughout the Rajputana, the younger and the older generations of Rajputs boasted of hot blood, alike. In such a scenario, polo acted as a substitute for war, for the Rajputs, owing to the sheer energy involved in the sport. Polo became a rather positive vent of vigour, for the hot blooded Rajputs. Only four years after Sir Pratap had established the Jodhpur Lancers with the help of Col. Struat Beatson, the team won the Rajputana Challenge Cup of 1893. This team comprised Sir Pratap Singh, Col. Beatson, Thakur Hari Singh, and Thakur Dhonkal Singh. All four of them rank among the best polo players in the history of the country. It was under Sir Pratap’s leadership that the team visited London for Queen Victoria’s Diamond Jubilee and came back with an enhanced reputation, of one of the greatest teams of all times. 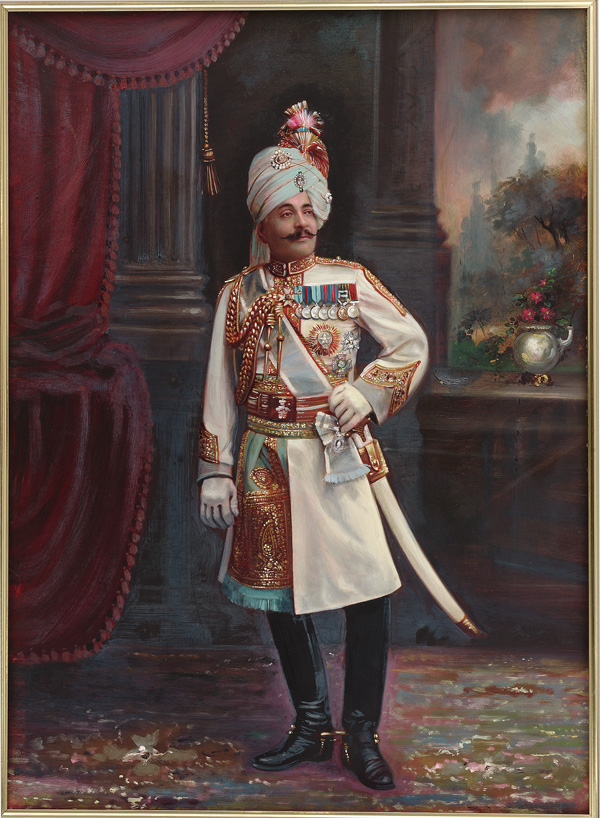 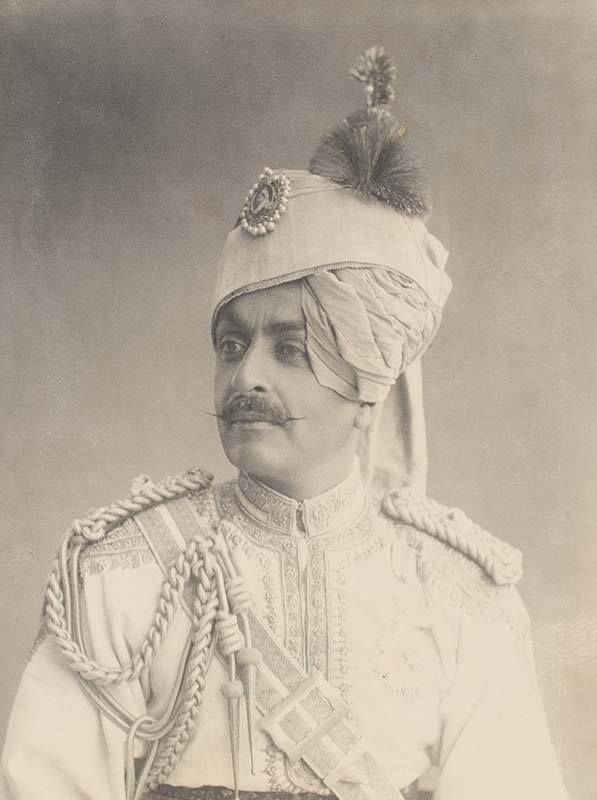 Sir Pratap’s glory spread to other parts of India rapidly. In 1899 when the 4th Hussars’ Regimental Team wanted to go prepared to win to the Inter-Regimental Cup of that year, they trained under Sir Pratap in Jodhpur before venturing out.

The golden age of Indian polo was such that the level of play had managed to mesmerize Lord Mountbatten himself. In 1921 when he played his first match, he went on to describe the experience as great and acknowledged that the polo being played in India was of an unmatchable degree.

The players of the Jodhpur team that was led by Rao Raja Hanut Singh, gained popularity throughout the country and they began to play for prominent teams spread through the subcontinent. Most of these were royal teams of Bhopal, Kashmir, Alwar and Kishengarh. In fact, it was after Jodhpur players joined these teams that they began to flourish. In 1911 the team of Alwar took won the Delhi Durbar Cup. The team comprised Rao Raja Amar Singh and Moti Lal. Apart from Alwar, the Kishengarh team had Baney Singh from Jodhpur as one of the major players taking the team forward in more regards than one.

As the second world war broke out, India was still under the British rule and was made to fight from the side of Britain. Owing to this, the glory of polo which was on an all time high in India, began to dwindle. Despite this the Jodhpur Lancers continued to play with all their might. M. Jabbar Singh, an eight goaler, belonging to the third generation of players of the Jodhpur Lancers, continues to be the only Indian player to have played at the Argentine Open. The magnificence of Jodhpur translated into Rao Raja Hanut Singh’s own team called Ratanada, with his sons and a grandson.

The brilliance of the golden age of Indian polo lies in the fact that most current developments in the sport are all an attempt to match the degree of genius of the times gone by.

From The Magazine | The Kilkea Castle