Sports and an influencer role merge together when the motivation is to succeed in all aspects.


Hailey Feldman, CMO and head of marketing and branding agency Mixed Digital, loves horses and takes her influencer roles to equine sports as well. She started riding horses at an early age of three. “I was fortunate to have ponies and horses of my own. I competed in everything from the Junior Hunters to the Pony Jumpers,” says Hailey. “Horses are my heart, and equestrian sports are a part of my identity.”

Social media helped her communicate with and become friends with women across the globe who shared similar values, hobbies and opinions. She has been expanding her network through Twitter, Instagram and LinkedIn. She has trained five women in her career who have been able to change their jobs, from intern to assistant and assistant to contractor. Being a former New York City Public School Teacher, she finds the job of mentoring and helping women to achieve new heights very fulfilling. Hailey remarks: “I’d love to create a forum of some kind to open my advice and my expertise to those who would like it. I got to the point where I am today because I had female mentors.” 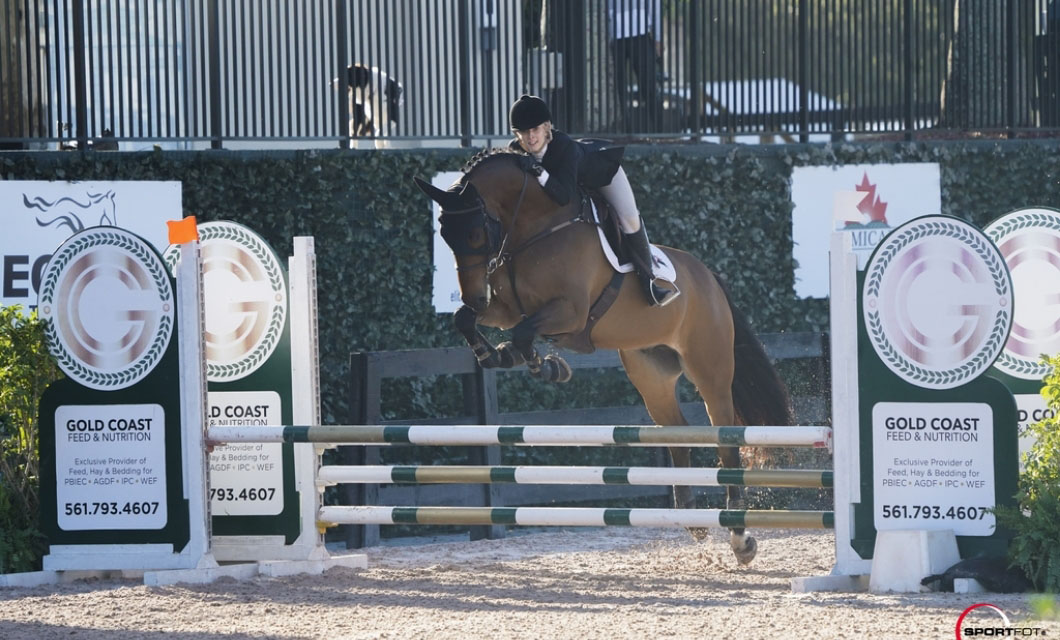 Every story is not a Hog Heaven, there are challenges one needs to face while accomplishing goals. When it comes to the barriers that deprived Hailey to achieve her goals, they were like the never-ending laundry list. At the time of launching her own company, Equestrian Marketing, LLC, she thought of looking “big”, as there were she and an intern or two only. The insecurity was a challenge. She believes: “It is important not to let your insecurities get in the way of your goals.”

When it comes to workplace conflicts, gender inequality is an issue at times. She knew that despite being a CMO, the title meant nothing and she had to earn every bit of it. She recalls an incident where the client who was nurtured and brought in by her, did not feel comfortable discussing money with her. This came as a shock to her. But it was Mark Simmons, president and CEO of Mixed Digital, who made her realize this prejudice was alive and real. She confidently speaks now: “It may sound harsh, women have to be able to acknowledge inequality in business, and work together to gradually eradicate the injustice.” 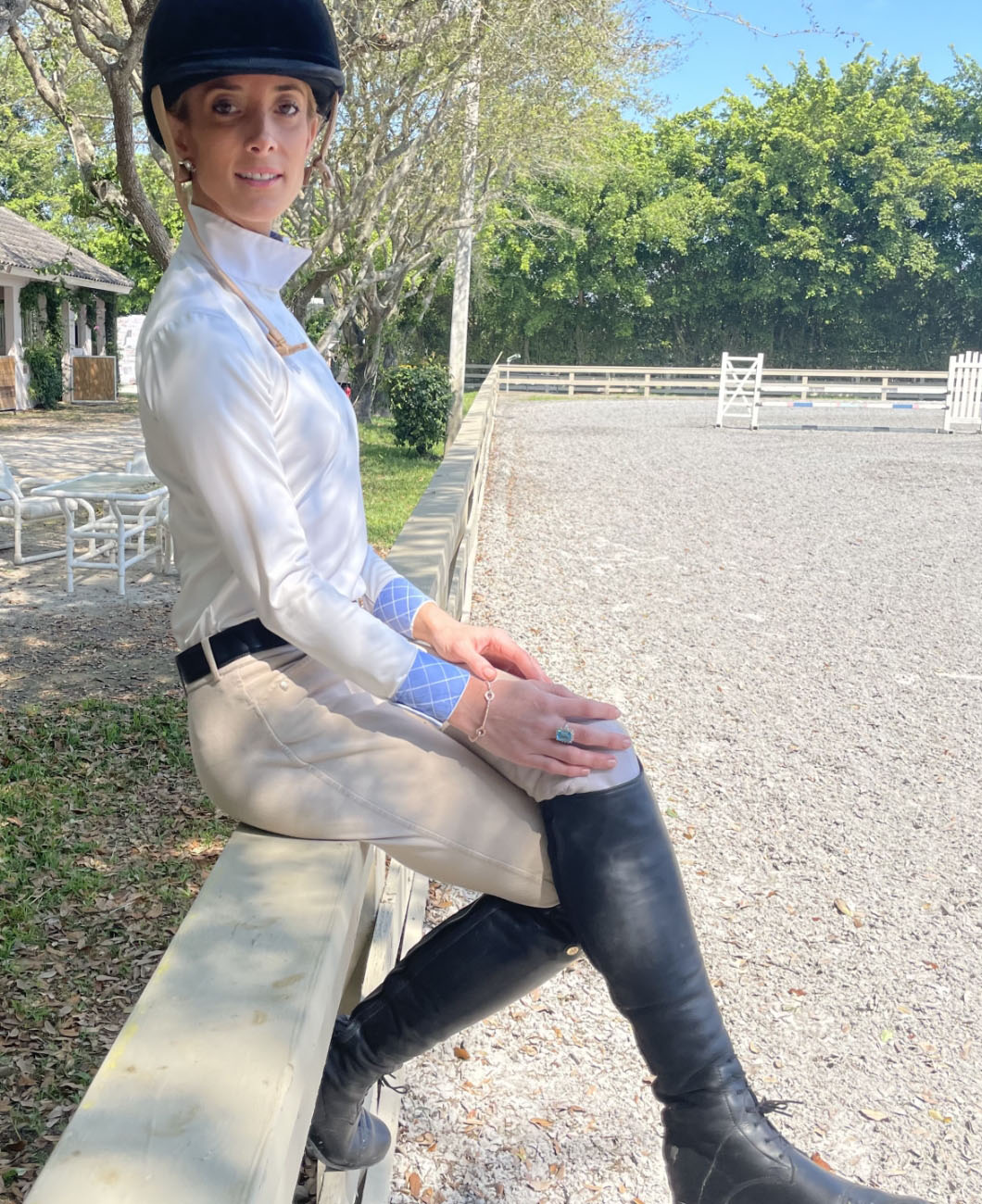 Hailey’s family was an integral support to her when she decided to quit her job at Madison Avenue in Manhattan and started to build her own shop.

Being the sole investor, she was not able to reach to any investor and thus decided to call her mother. This marked as a big inflection point moment. She spent her summers at her mother’s place, working whole day and watching Game of Thrones at night. She made a life-changing decision to make her business thrive, and, within seven months, her “Equestrian Marketing branding and design” was acquired by Mixed Digital.

She is inspired by those who are tenacious and self-learners. She recalls the line once said by marketing celebrity, John Hall: “How can I help?” She says: “That is the best question to lead with when you’re doing business or even being in a relationship.” When asked about the motivation that she provides women to be a part of such an inspiring sport, she says that her website haileyfeldman.com offers a variety of content about the same. She says horseback riding helps her become a more confident person. Hailey advises women: “Get out of office, drive to a farm, get on a horse, and enjoy the outdoors!” She says: “Time spent away from the computer and my phone is precious.” 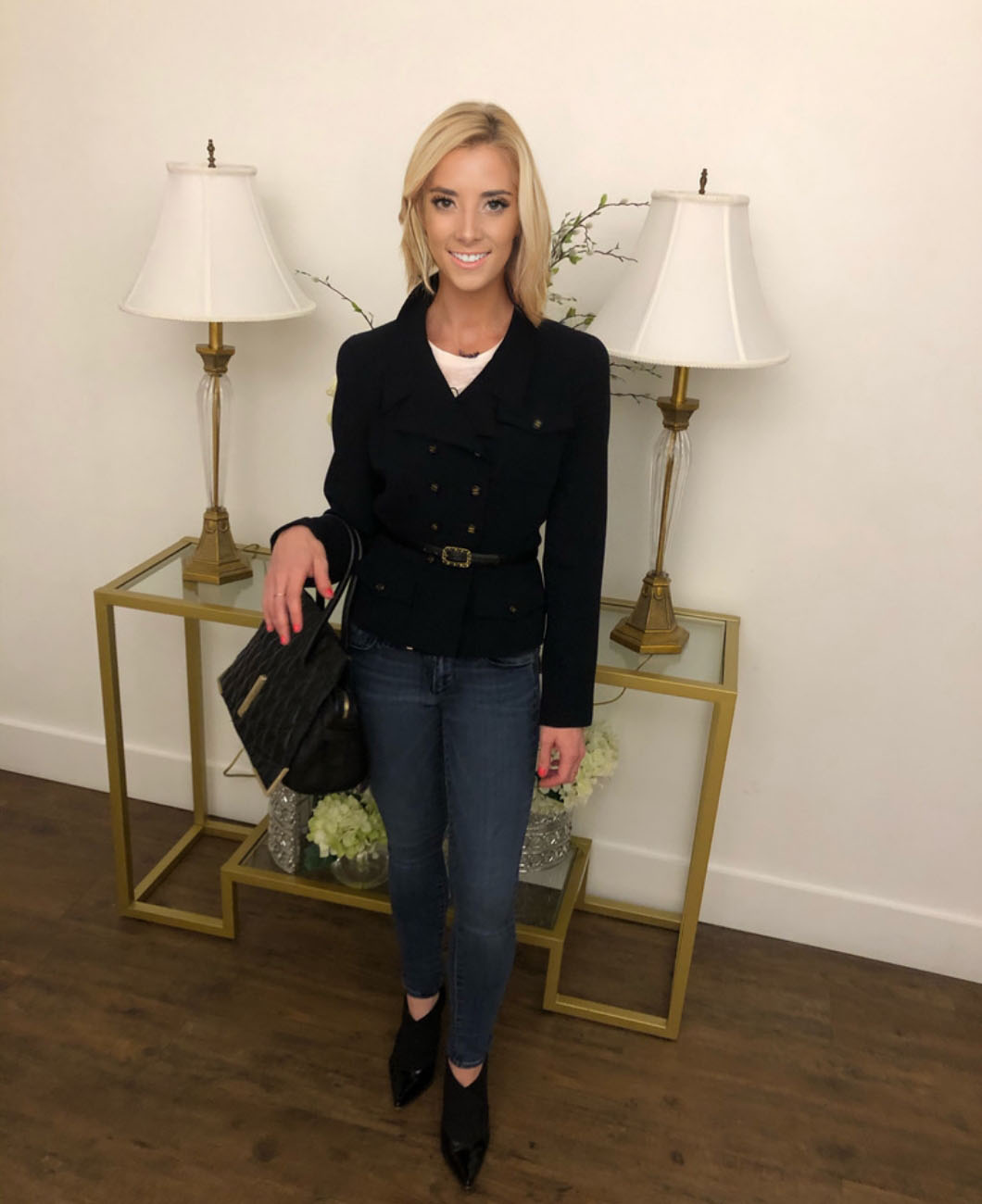 Hailey says that her first experience in the jumpers was in 2004 at HITS Saugerties. She had a beautiful hunter pony who seemed to be a knockout mover and jumper. She described the pony as smart, but wild! She used to jump out of the ring and into the spectators. Once she even pinned her against the electric fence. She gives credit to her trainer, Chaz Harpman who put her on the most incredible horses to take care of her. He even put her on the safest horses that are also top competitors at WEF.

Hailey feels blessed to have ridden many different horses. “How many people in the world are able to compete at a high and are able to call their teammate a horse?”

When asked about her horse, she says that he is an absolute delight, is loving and caring. And the main factor that makes their bond special is the trust they share. She further describes about her best teammate, the Junior Hunter gelding, “Boyfriend”, also known as, “Jack”. The name was given by Feldman. What made him so special was the fact the he was the kind of horse that chose his rider. And she felt lucky to have never being bucked off by him as every other rider were launched in air. Hailey says that trust is integral to show jumping.

When asked about how she handles multiple profiles, she says she enjoys wearing a lot of hats. She says that it was her brilliant brand manager and partner Chelsea Schroeder who suggested to her about writing different aspects of life, including her life at Palm Beach, her love for fashion and her obsession and passion for horses and equestrian sports. They rebranded and re-launched in August, thus making Instagram followers reach up to 16K.

To her, her opposite roles of a sports woman and fashion influencer are no different from each other. She says: “I write about equestrian fashion all the time. It is important to always dress up for your horse.”