How Did The Second Day Of Bhopal Pataudi Shape?

After 61 Cavalry seized the first day of Bhopal Pataudi to its name, it was time to proceed into the second day


With the second day of the Bhopal Pataudi Cup starting early with the first match going rolling at 10:30 in the morning, the rest of the afternoon was packed for the next two matches of the day.

The first match of the day was held at Jindal Polo Ground, Noida, India early this day with team Sujan and Jindal Panther against each other. The match was mostly dominated by Jindal Panther, which was later won by team with 11 goals to 5 defeating team Sujan.

The second match of the day started off with Sona Polo going against Horse & Wagon. As soon as the match started Shamsheer Ali, who is fondly known as Shama among the polo fraternity grabbed a quick goal for his team in no time. This was complemented when Abhimanyu Pathak took the next opportunity and changed it into a goal. The on-going flow of Sona Polo was broken out when Horse & Wagon grabbed their first goal with Dhruvpal Godara in action. Fighting back, Abhimanyu Pathak, grabbed the third goal for his team. 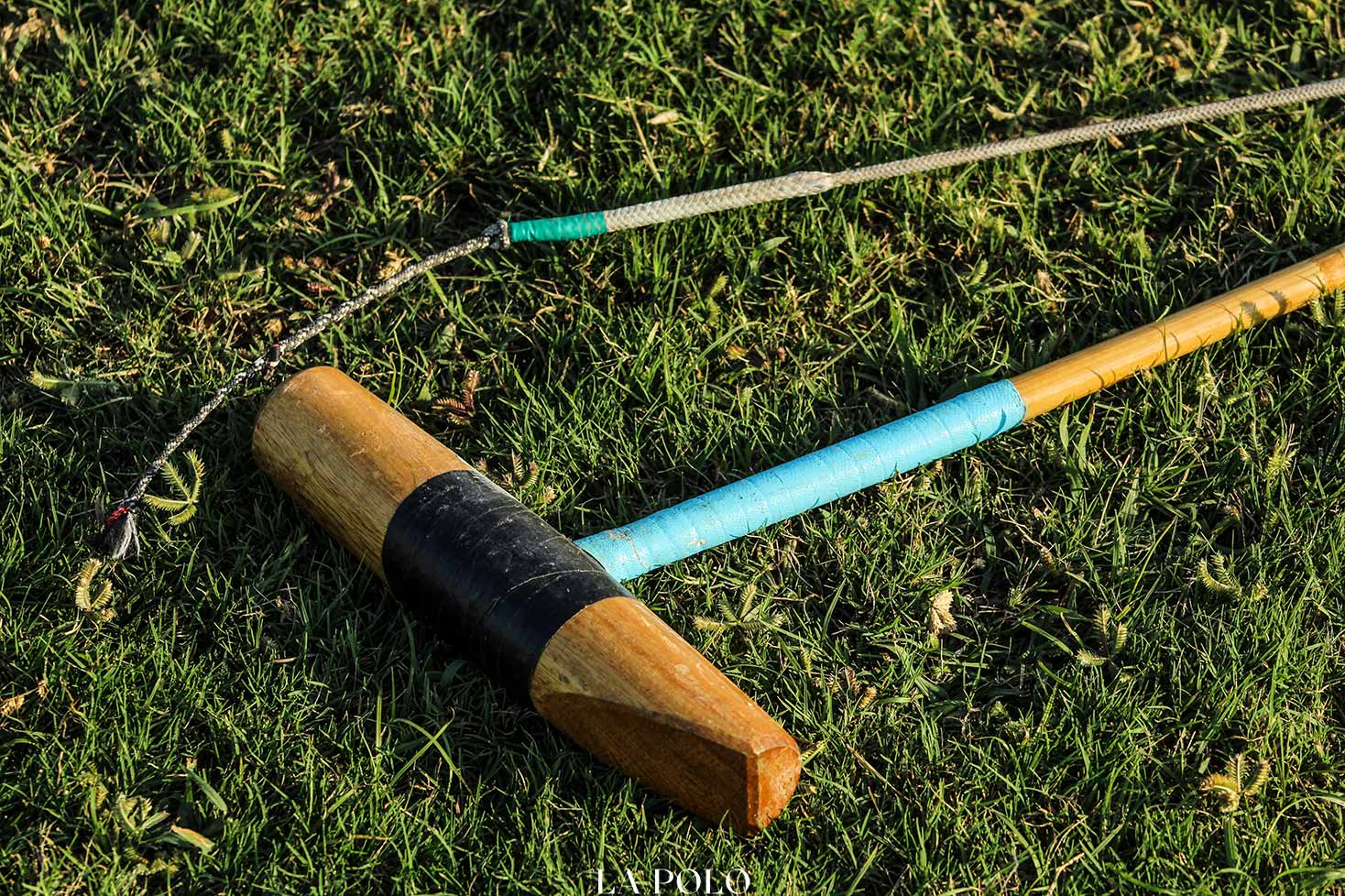 The second chukker of the match had all the anxiety as it could have had. The chukker started off with Basheer Ali taking the lead for his team, whereafter Dhruvpal Godara had the reins of the game in his hand. Both players corporated one goal each. Shifting the chukker towards Sona Polo, it was Shamsheer Ali who took charge for his team. But keeping the score tight, Buchi Prakash from Horse & Wagon grabbed the fourth goal for his team. But soon after this, team Sona Polo was unstoppable. While Abhimanyu Pathak trying to score the fourth goal for Sona Polo he missed the chance slightly but Siddhant Singh, who is still at -2 handicap, understood the importance of the chance and struck the ball for the goal. This marked his first goal of the match. Soon after this, the team was favored with two back to back 60 yard penalty that was taken by Shamsheer Ali and Abhimanyu Pathak respectively. 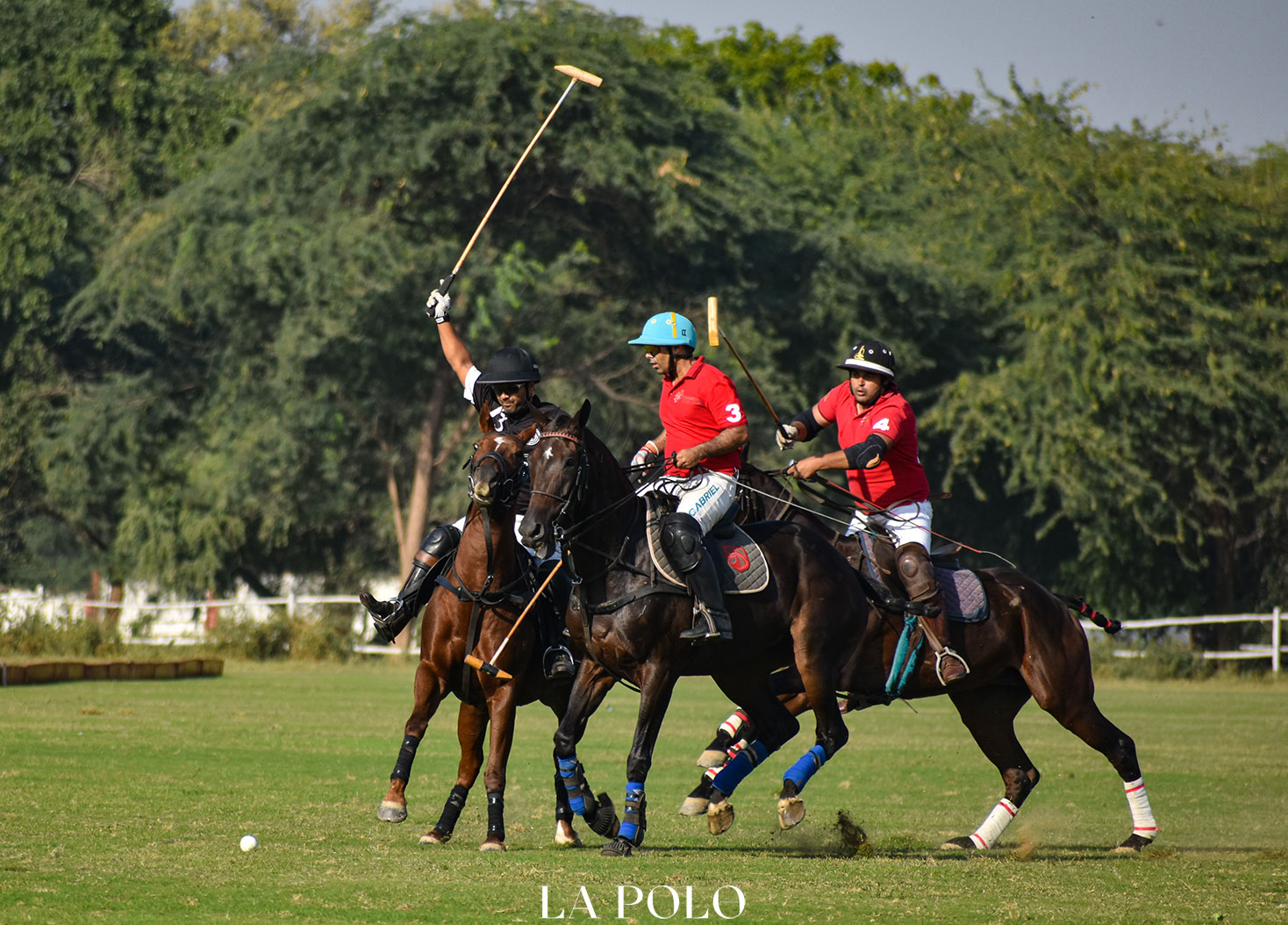 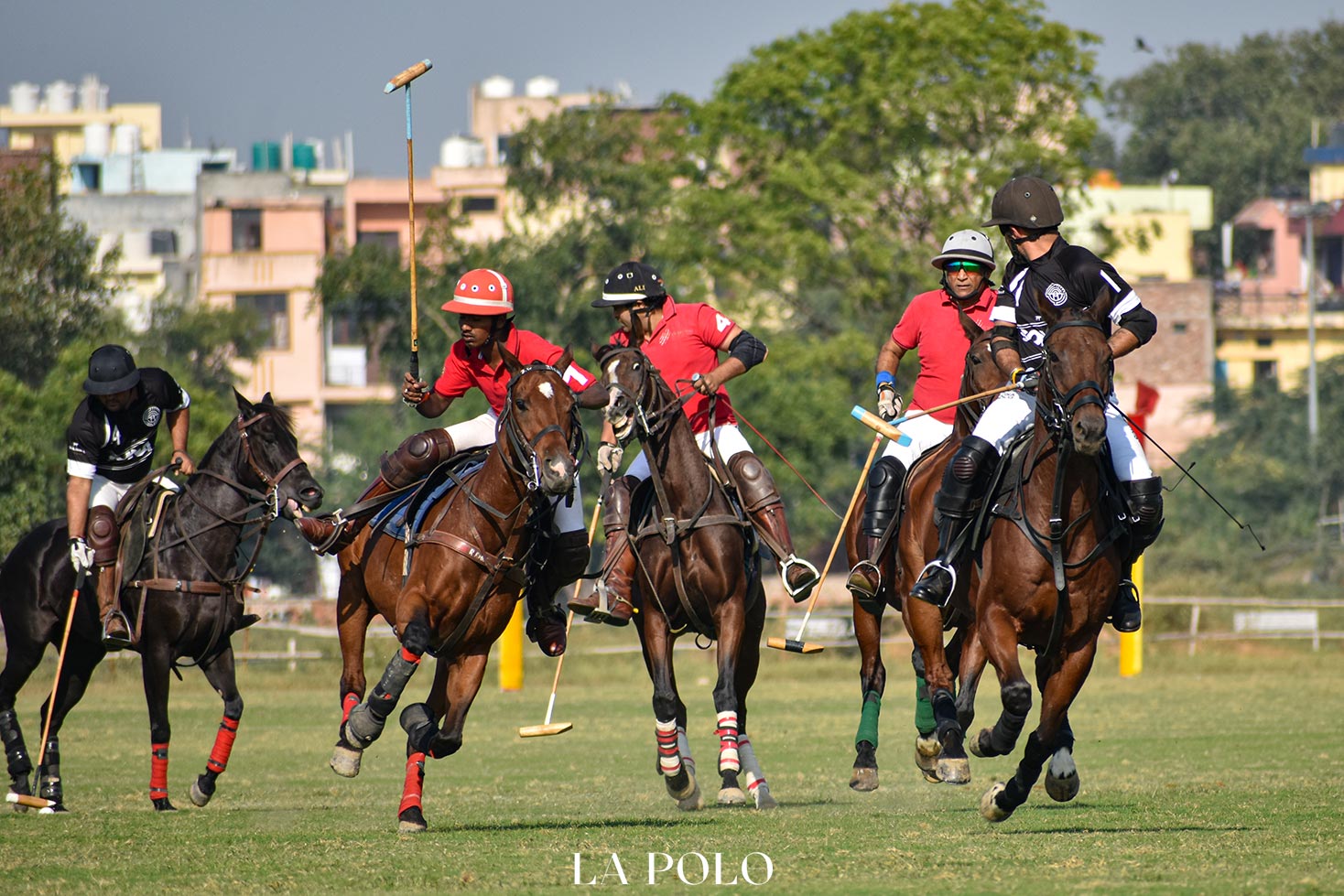 The last and the final chukker had Basheer Ali rolling in a goal for his team. But soon after this, the game was halted as Shamsheer Ali got injured. According to the rules of IPA, this was sorted with Naveen Singh replacing Shamsheer Ali and Mitesh Mehta replacing Siddhant Singh. After the game resumed with Dhruvpal Godara taking a lofted shot for his team. Quickly back into the game, Naveen Singh took a 30 yard penalty shot. The chukker saw no further changes until Abhimanyu Pathak took the charge. 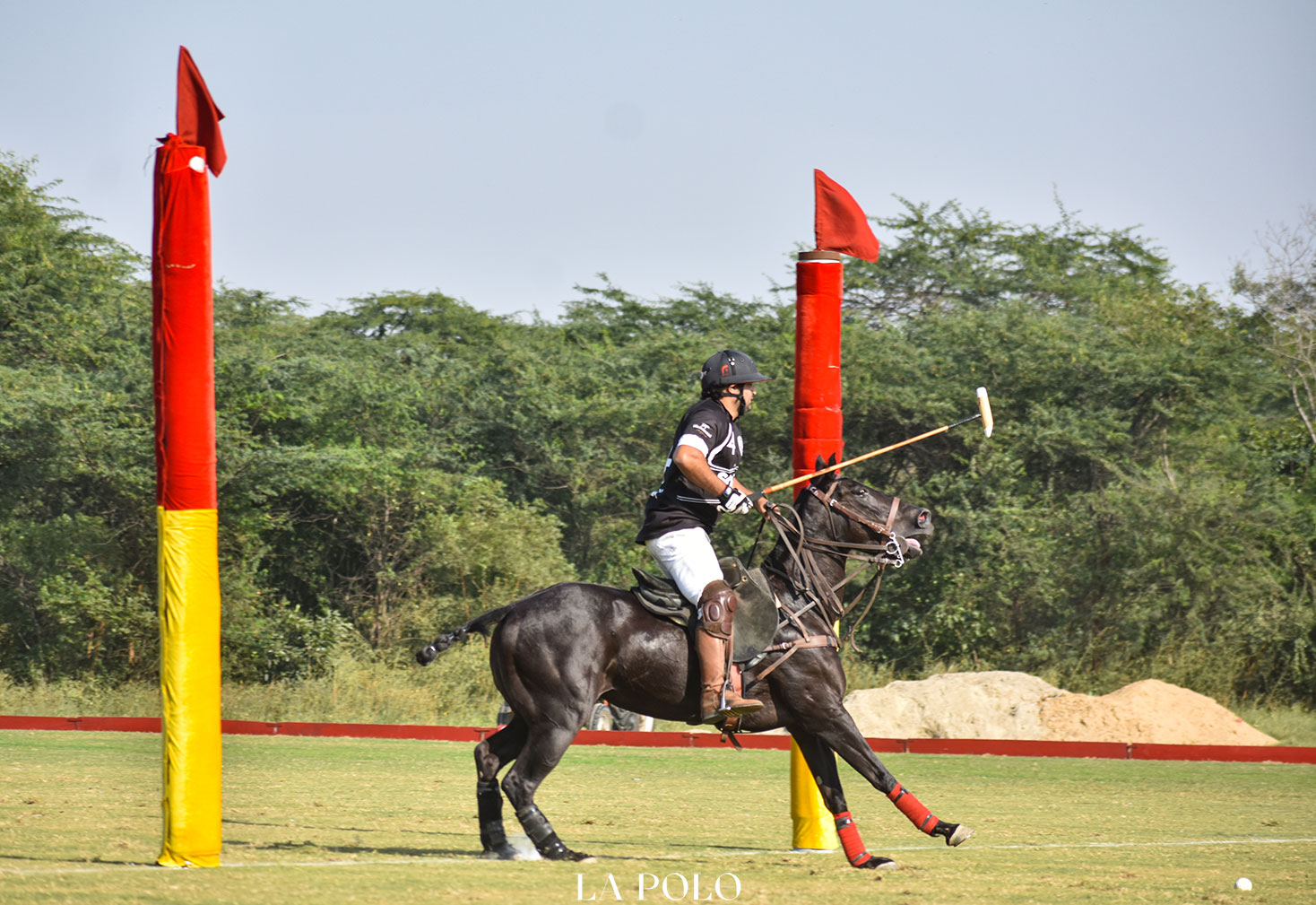 The last match of the day had the anticipation of the teams higher than the earlier game. Team Aravali Polo and team Rajnigandha Achievers were all set to start off with the match. The action started Pacho at the goal post, striking the first goal of the match in favor of Rajnigandha Achievers. This was quickly equalised by Angad Kalaan’s effort for his team Aravali Polo. Almost unstoppable, Pacho went on to cast two more goals for his team, at which the first chukker ended with the clock wrapping the first seven minutes of the match. 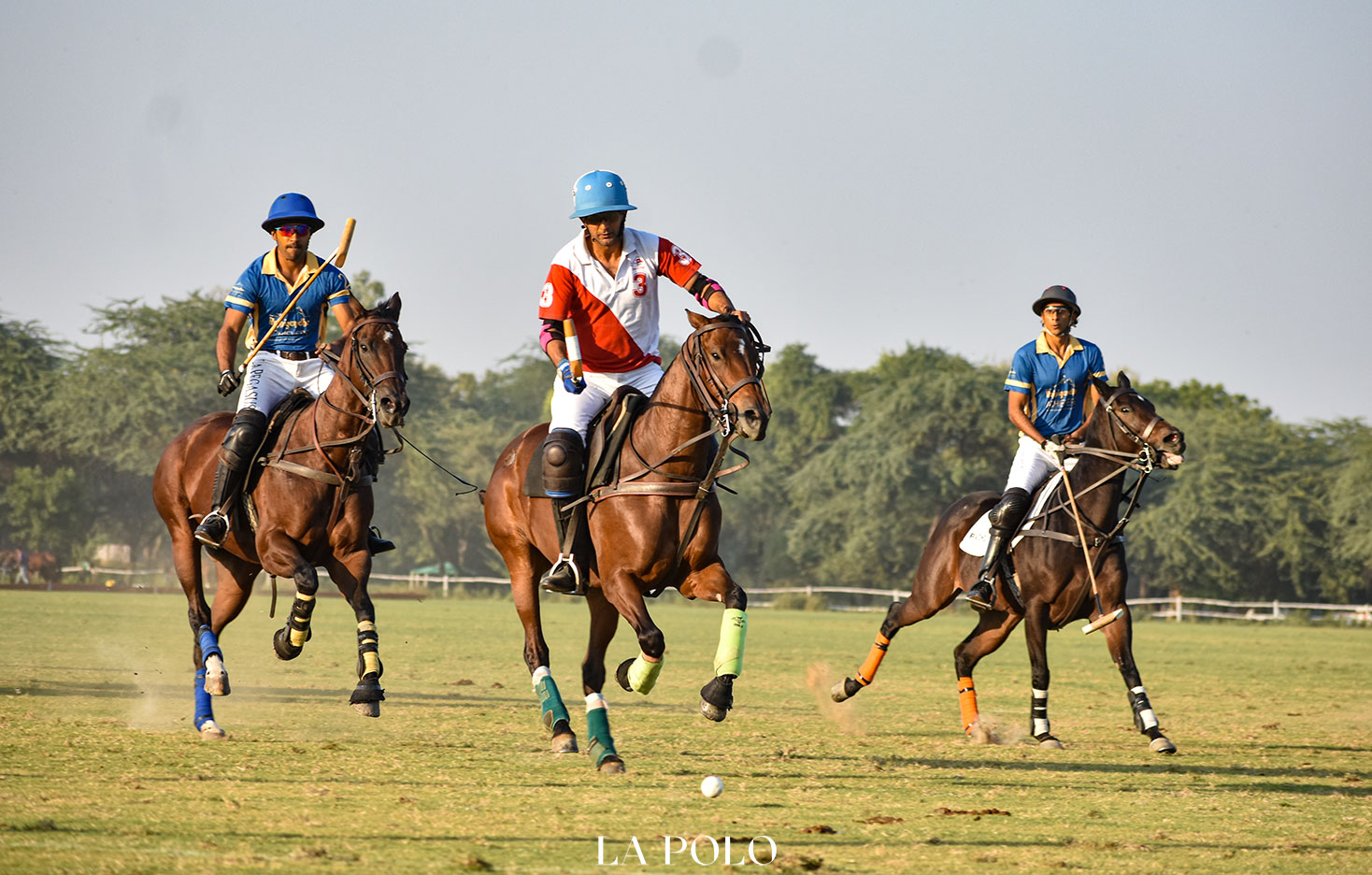 The second chukker started off with both teams in anticipation of turning the match in their favor. Although taking the best chances of the opportunity, team Rajnigandha Achievers struck three goals back to back with Daniel Otamedi on strike. The three goals had the first and the second goal in the form of penalties. The third goal although was a clean shot where Daniel almost clearly cantered in for the goal. The last goal of the chukker happened in just the wrapping seconds with Pacho in action. 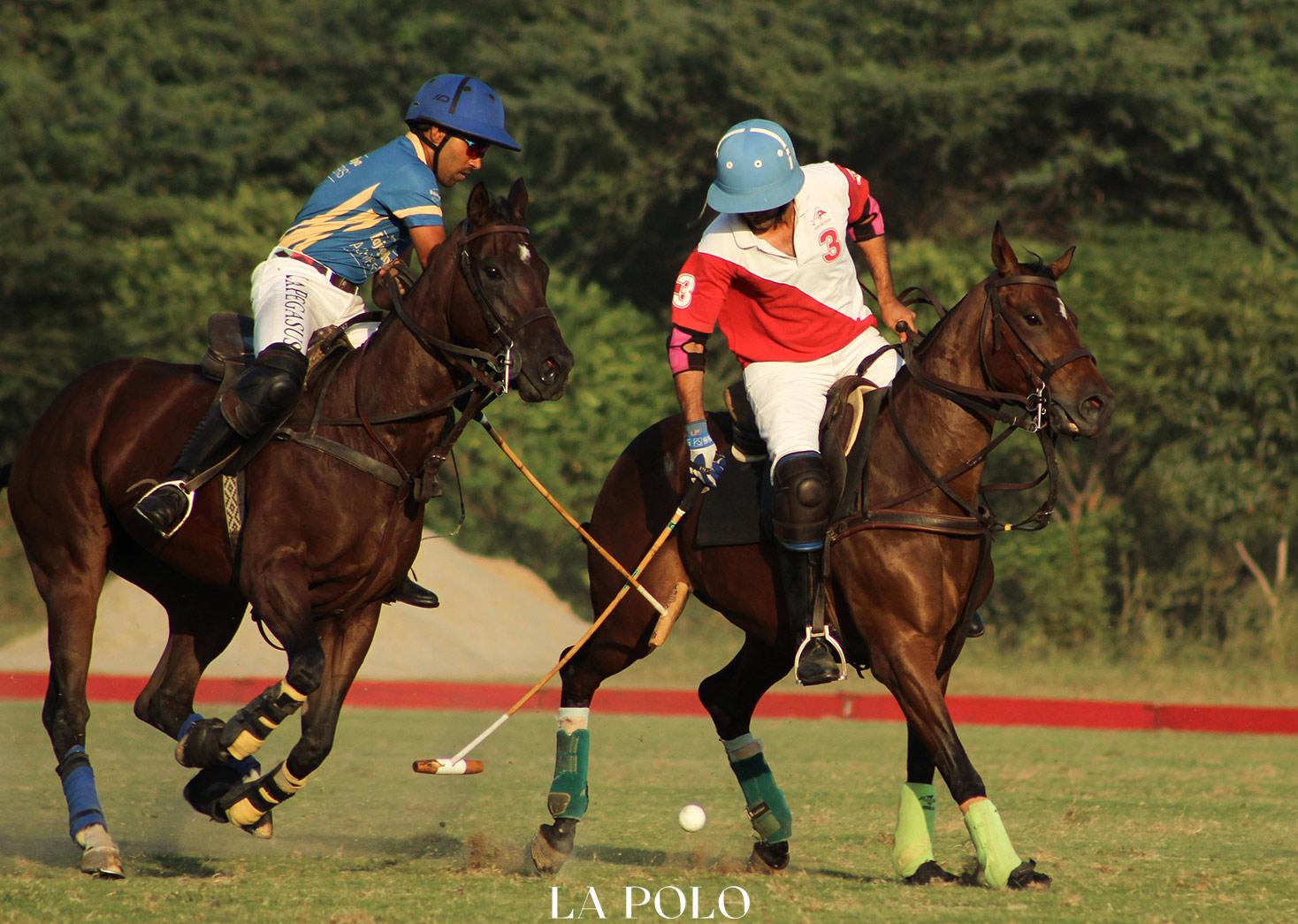 After the regulated half chukker time, it was time for third chukker to get onto wheels. The match had almost already decided its fate, now was the time to see if Aravali Polo could turn the tables in their own favor. At this, Roddy William almost alone took a clean shot. He was although accompanied by Kuldeep Singh from the opponent team, but he could not stop the speeding gallop of Daniel. The applause was almost short lived with Pacho taking the lead for his team. 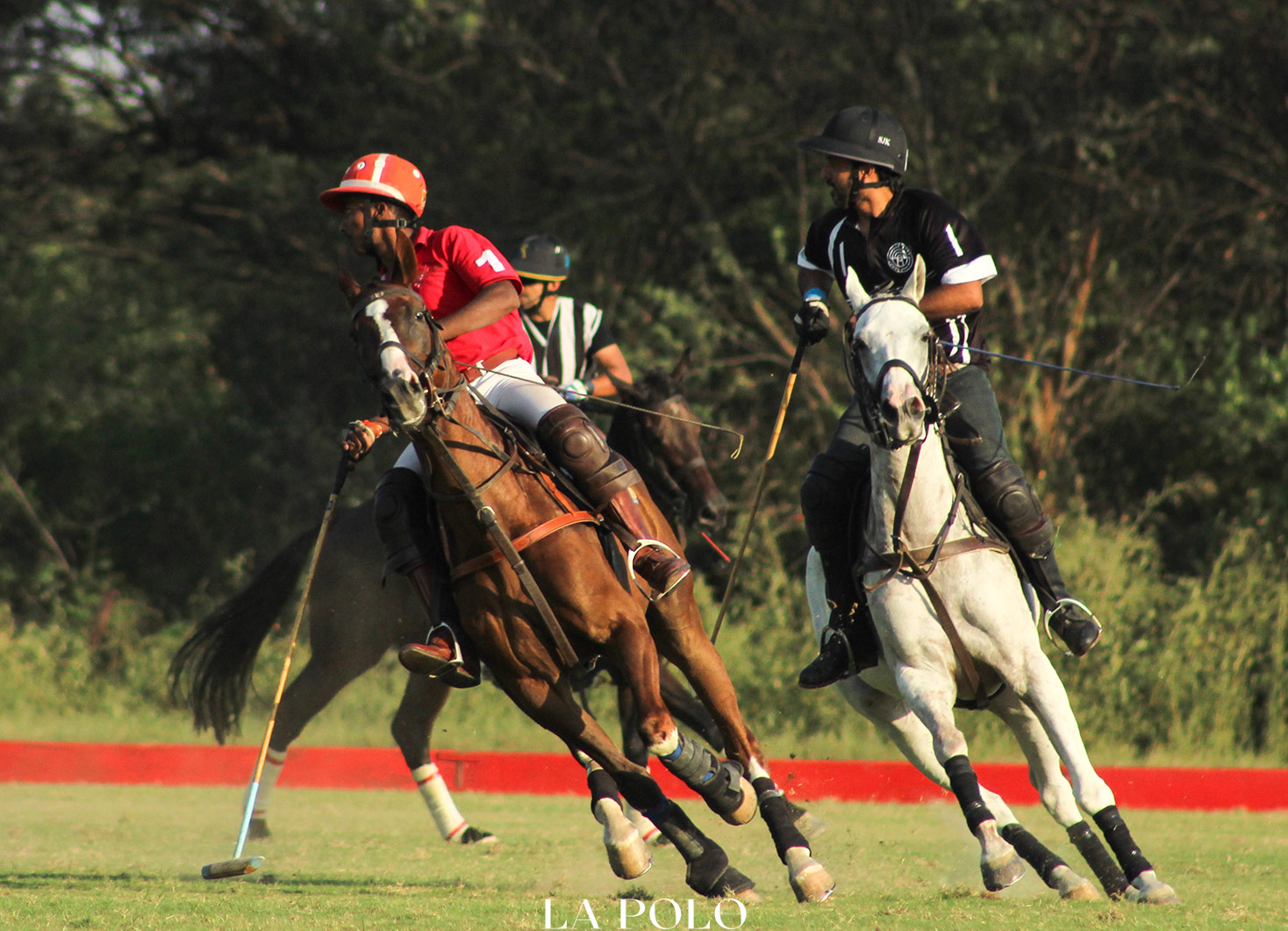 The last chukker went on rolling with Angad Kalaan solely taking the ball to turn it into a goal for his team. Witnessing no more chukker, the clock was fast pacing towards halftime. Just before the hooter voiced out for a break, Daniel Otamendi made a great contact with the ball and in a back hand struck another goal for his team.

Coming back into the chukker, both the team got on with intensified action. Rajnigandha Achievers kept the game to themselves with Pacho taking hold of the ball and striking it in a long goal. 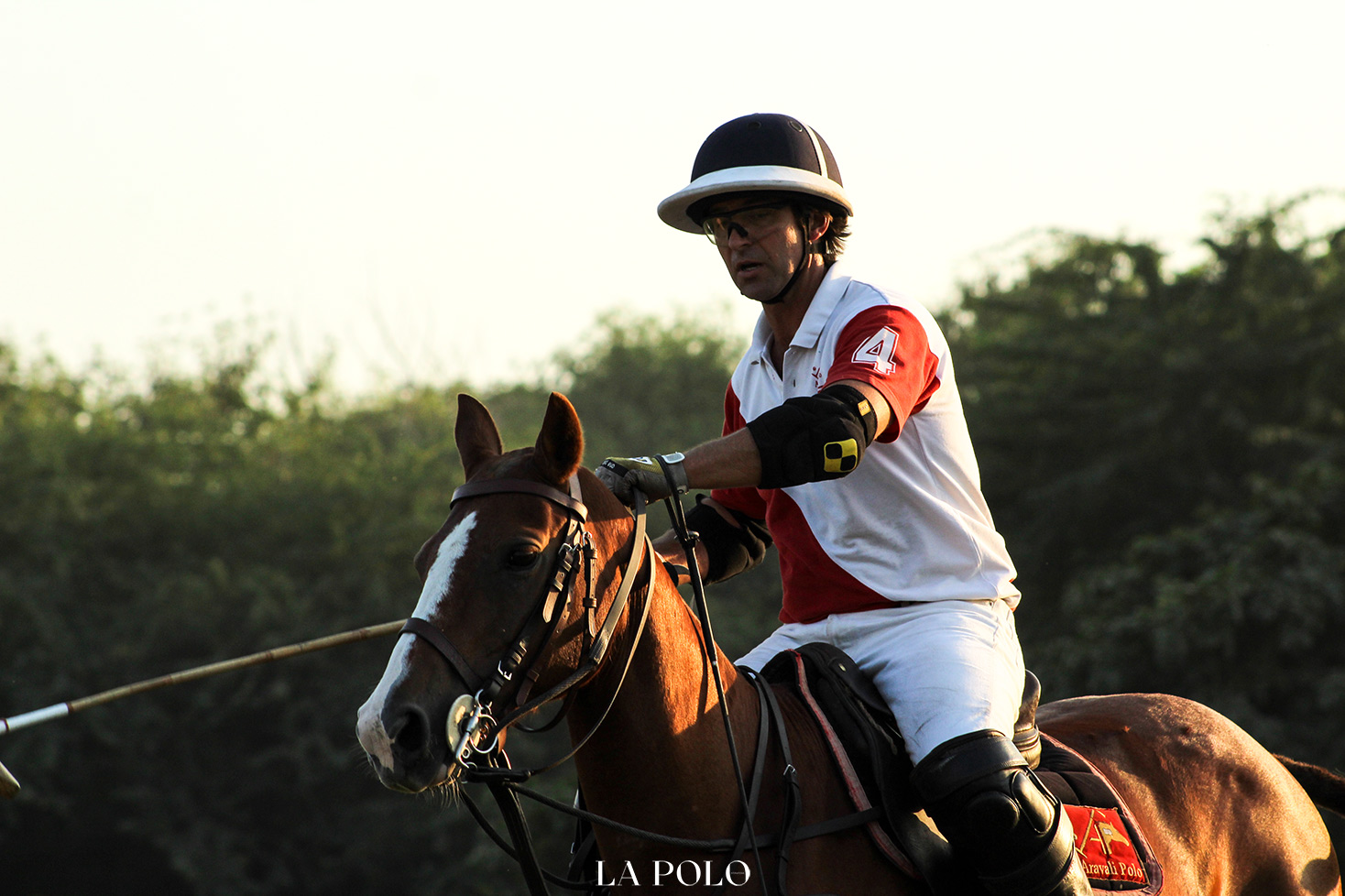