With the whistle, the match commenced to witness a cracking dash by Abhimanyu Pathak, which he converted into a field goal in the very first minute of the encounter. An awesome tussle near 61’s goal ensued, which resulted in a 40 yard penalty for Sona. Pathak made no mistake in knocking that into another goal. A missed attempt by Krishna Inkiya was followed by another brilliant charge by Pathak, who scored another field goal to conclude the chukker's scoring proceedings.

The second chukker's was more evenly contested than the first. The 7 minutes saw a healthy tussle between the two teams, neither team slipping the possession easily to the other. Krishna Inkiya saved a field goal attempt and charged the entire length of the field with the possession, missing his target narrowly. Another beautiful attempt by Inkiya came with a powerful throw in shot from the mid field, which ultimately was saved by Siddhant Sharma when he hooked Col. Rathore. The only goal of the chukker was scored by Siddhant Sharma, who lofted the ball right into the mark.


The 3rd chukker was also relatively quiet. Siddhant Sharma struggled to register another goal for his team, attempting twice from the 60 yard penalty and a field goal attempt which also ran wide. The Cavalry gradually mounted their offense later in the round. The game was halted when Lt. Col. Vishal Chauhan fell off his horse and the medical team was called upon for assistance. The game resumed and with seconds left in the third, Col. Rathore registered two field goals in quick succession to conclude the chukker at 2-4.

An intense back and forth battle made the action-packed final chukker an interesting spectacle. 61 Cavalry charged desperately for the goal, but each attempt was warded off by Sona Polo. The only goal registered in the final chukker was a 60 yard penalty conversion by Abhimanyu Pathak which solidified his side's victory. 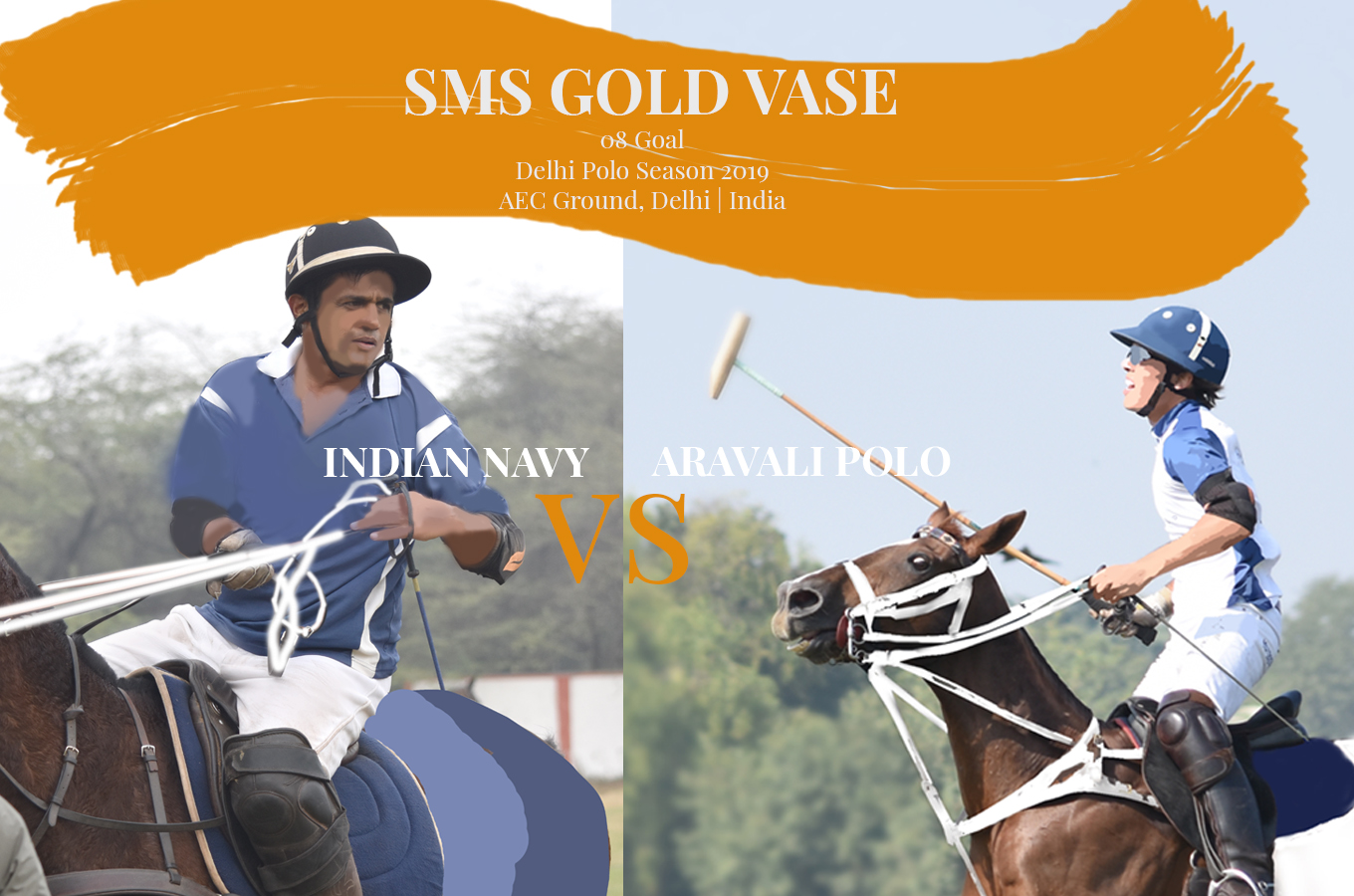 The first match of the day, Aravali Polo vs Indian Navy, kicked off at the Army Equestrian Centre, Ground 1 at 2:30 pm.

With Salim Azmi and Martin Pascual umpiring the match, the game started off with Indian Navy being awarded a 2.5 point lead due to handicap disparity. Trailing by 2.5 points, Aravali started off the encounter in an aggressive fashion but Navy was quick to retaliate with their strong defence. Aravali fouled around the midfield in the second minute of the chukker and Indian Navy's G.S. Pandher was able to convert that through ball into a field. The rest of the chukker saw Aravali's Kuldeep Singh Rathore making repeated attempts at converting a field goal, but was unsuccessful in doing so as AP Singh kept a tight defensive line. Their first goal came by the way of Praveen Kapur's brilliant field goal conversion.


The second chukker saw Aravali turning the game in their favour in a major way. The goal proceedings began when Manolo converted a 60 yarder with a great lofted shot. Two consecutive field goals by Aravali's Kuldeep Rathore and Sunil Kumar saw their team pushing into the lead for the first time. Manolo scored another field goal to give his team a 1.5 point lead. They managed to hold the half goal lead for the rest of the chukker as Tarsem Singh just missed an opportunity to convert a field goal, concluding the chukker.

The third chukker began with an intense back and forth between the two sides for the first couple of minutes. Kuldeep Rathore converted the first goal of the chukker, which came by the way of a 40 yard penalty. Pranav Kapur scored a fabulous field goal. Indian Navy's G.S. Pandher retaliated by converting a 40 yarder. Manolo converted a brilliant field goal to mark his team's 7th goal. Sunil Kumar and Pranav Kapur backed that up with two more field goals to conclude the chukker.

With a tout 5.5 goal lead, Aravali seemed to cruise towards victory in the final chukker. They extended their lead when Sunil Kumar easily converted a 30-yarder. Navy's counterattack seemed to come much later in the match, when they had already the last grip over the victory. They finished up the chukker with 2 consecutive goals to conclude the match at 11-6.5