Against the backdrop of the majestic and picturesque Himalayan mountains, polo in Ladakh is unlike any other you may have come across. The spirit in Ladakh Polo Festival in Chushot, Leh, is unmatched.

The participation of local clubs and players, the excitement and involvement of the locals compensate for the rocky field, and a probable paucity of finesse in the match. There are a few more differences: here, each team consists of six players and every goal scored by a player is celebrated with traditional folk instruments like “daman” and “surna”. Because of the rough terrain, several rules have to bend, so that the size of the field is determined by how much level land can be spared from agriculture. 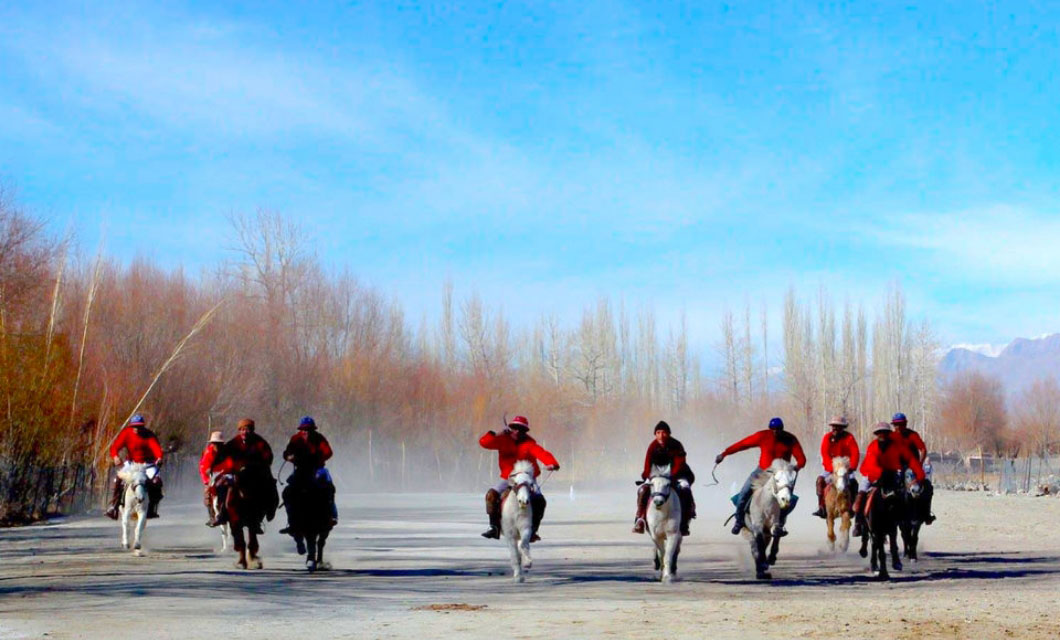 The rich history of polo in Ladakh dates back to the 15th century when it was introduced through a princess of Baltistan. Interestingly polo is a part of many festivals in Ladakh like Losar (Buddhist New Year) and Nowruz (Muslim New Year). Therefore, polo is more than a sport, it’s an integral part of the culture of the land. 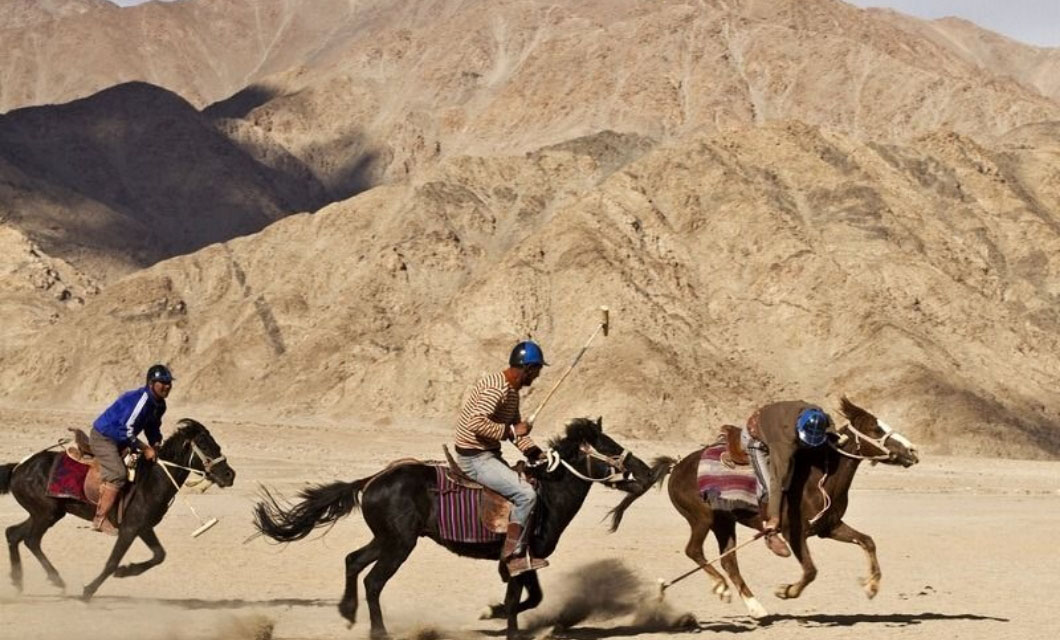 The festival is organised by a local polo club, Indus Chushot Polo Club. Hill Council, Leh, J&K Tourism, ALTOA, Cultural Academy Leh support the polo festival, while Overland Escape sponsors it. The week-long festival began in 2016 and has been organised thrice ever since. 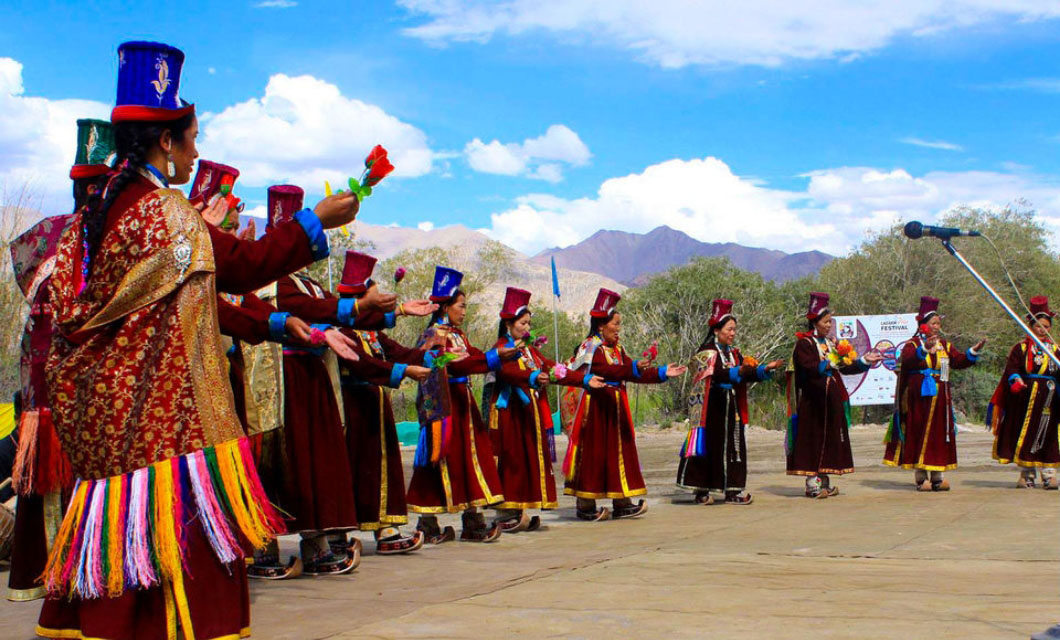 Though centred around polo, several other entertainments have cropped up too. One would get a comprehensive taste of local delicacies, like thukpa, Mok mok (dimsum), chutai-sku (local pasta) and kholak (barley) in this festival. There’s also the traditional drama forms like Abi-Apo (grandmother-grandfather), apart from memorable performances of folk music, folklore and costume dances. Exhibition of handicrafts from pattu, baskets, Thangka paintings which are silk or a cotton applique showcasing a Buddhist deity or a scenery or a Mandala, pashmina shawls and hand prayer wheels, add to the overall cultural experience. Archery is also a part of these festivities. All these aspects of the festival make it a favourite with tourists. In fact, this week-long festival has been an important initiative in promoting the tourism of the region. The Ladakh Polo Festival is culturally rich, colourful and an unprecedented experience for polo enthusiasts.