Victors of the 2 action packed matches will qualify for the semi finals of the SMS Gold Cup.


On a cloudy Wednesday afternoon, the AEC ground 1 in New Delhi is set to witness two action packed polo matches. The winners of the matches will qualify for the semi finals of the prestigious 8-Goal SMS Vase Cup.


With the match referee's Emmanuel Llorent and Manuel Pascal blowing the whistle, the match commenced with Col. Ravi Rathore securing possession and charging towards Sahara's goal. His progression was stopped mid way when Hurr Ali stole the ball away and ran towards Cavalry's goal. After some struggle, Sahara were able to convert their first field goal of the match. With about 3 minutes left in the chukker, Krishna Inkiya menacingly charged towards the goal, narrowly missing. In the last 30 seconds of the chukker, Matthew Perry hammered a 30 yard penalty to give his team a lead of 2 goals going into the 2nd chukker.


The second chukker began with a free shot by Col. Rathore, which he passed to Inkaya who was stationed closer to the goal. Cavalry were not able to maintain this offense as Sahara quickly seized the ball and charged towards their goal, earning a 30 yard penalty. Matthew Perry didn't make any mistake in converting that into his team's 3rd goal and then quickly followed that up with another field goal. 4.30 in to the second, a beautiful play by Inkaya saw the Cavalry secure their first goal of the match. However, Cavalry fouled once again and gave Sahara another opportunity to score from the penalty lines. Matthew Perry turned in a beautiful lofted shot from the 40 yard line to end the chukker at 5-1, with his team holding a commanding lead over their opposition.


Sahara carried their momentum into the second half. Matthew Perry was awarded a free shot from the mid field which he struck really close to the goal and Vandit volleyed the ball across. Repeated attacks by the Warriors ensued, but Cavalry were able to maintain their defense and didn't let another goal slip through for the better part of the third. With two minutes left in the chukker, Sahara finally breached Cavalry's defense. Hurr Ali scored his first goal of the day but collided with the goal post while doing so. He quickly mounted his horse and the game resumed without any stoppage. With just seconds left in the chukker, Lt. Col. Chauhan managed to score his team's second goal.


Trailing by 5, 61 Cavalry came into the final chukker with rejuvenated aggression. With a powerful shot from the mid field, Col. Rathore converted his team's third goal in quick succession. Numerous field goal attempts by the Cavalry were foiled by Matthew Perry and Co., But Col. Rathore soon found his mark, scoring yet another brilliant field goal. A 60 yard penalty which was just wide marked the Cavalry's last attempt at goal. 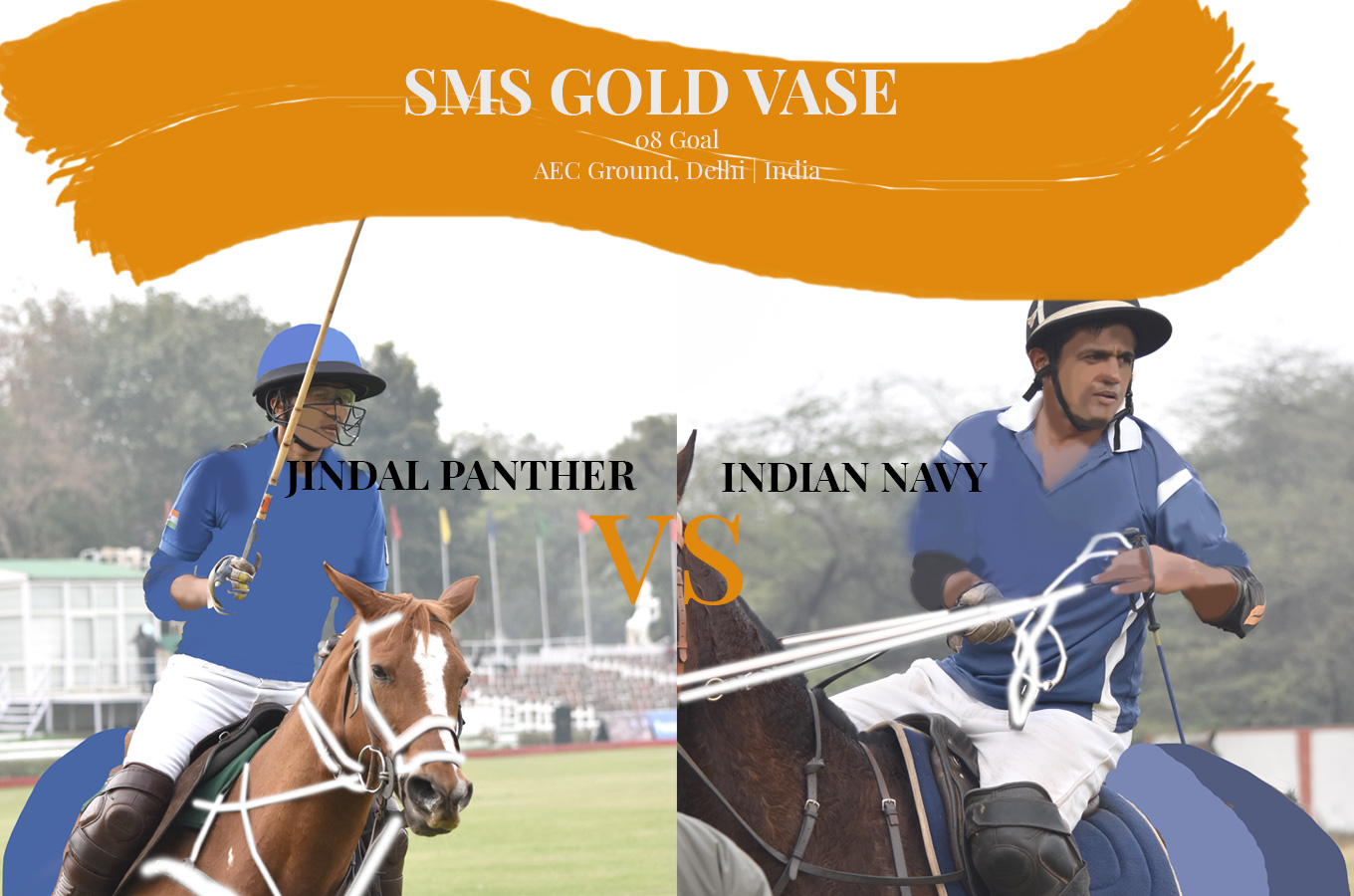 Navy were given a 2.5 point lead in the beginning of the encounter due to handicap disparity. With Siddhant Sharma replacing Emmanuel Llorent as the second match referee, the second match of the day begins. In a flurry of events, Navy fouled in the first minute of the game, giving Brodie a chance to register his team's first goal from the 30 yard penalty line. His execution was perfect and Jindal's scored in the first minute of the game. Navy's AP Singh replied swiftly, converting a field goal of his own. Tom Brodie converted another 30 yard penalty, narrowing Navy's lead to 1.5.


The play resumed in the second chukker with Simran Shergill charging towards the goal and scoring Jindal Panthers’ 3rd goal. He missed a 60 yard penalty minutely in the very next minute. His next attempt at 60 yard penalty conversion was successful and it pitched the Panthers in lead for the first time in the match. The remainder of the chukker saw a tussle between the teams but neither of them were able to score. Navy's Bhawani Kalvi and Jindal's Naveen Jindal and Simran Singh Shergill came really close to score on several occasions.

The game resumed similarly to the 2nd, with Simran Singh Shergill pressing forward and converting a field goal in the opening minute. Tom Brodie followed that up with 2 consecutive field goals of his own. Jindalade three to four more attempts at goal but weren't successful in converting anything, ending the chukker with double the Navy's score.

The final chukker commenced with Shergill opening up the scoring yet again with a beautiful field goal. Navy’s Tarsem Singh tried to answer that with a field goal of his own, but narrowly missed the mark. With only 2 minutes left in the game it was Sameer Mecca's turn to score his first goal of the match. Jindal's tried to score again but had to be content with their 9 goal win.


DAY2: BATTLING ON THE SECOND DAY OF SMS GOLD VASE
Next