Legendary Maharajas and their Horses

It is difficult to think of the royalty without horses. Some of them, like Chetak and Leili are so famous that their stories and the bond shared with their masters, have been quoted in folk lore and ballads.


Indian history is full of wars, great stories of conquests and fabled horses. The horse has existed in the Indian sub-continent from at least the 2nd millennium BC. This was almost two millennia after the animal was domesticated in Central Asia. Yet, the most uncontroversial existence of horses in the Indian subcontinent dates to the early Swat culture, from 1600 BCE.

Traditionally, Indian armies mounted on elephants which were slower compared to horses used by foreign invaders. This gave them a significant advantage. After Indian rulers understood the potential of horses in wars, they were intimately connected to historic wars. Horses and Maharajas have been inextricably linked.

We bring you two of the most celebrated human-horse bonds that have also been part of legendary tales.

The Charan caste, ethnic to Rajasthan, Gujarat and Madhya Pradesh, was in the medieval times, treated as Gods, while the Rajputs were the warriors.

In the life of Maharana Pratap, a charan played a godly role. The Maharana of Chittor, Udai Singh, father of Maharana Pratap, was once gifted two young stallions by a man who was charan by caste. Pratap was young then. The man was known to be the guardian of caravans and a renowned warrior. The then Maharana questioned him about the qualities that made the two animals special. He narrated how the father of the stallions was a great rider and could go miles without succumbing to exhaustion. In addition, it had remained loyal and an intelligent warhorse to him. The mother of the two horses was a magnificent mare with incredible strength. These two young ponies were named Ketak and Chetak. 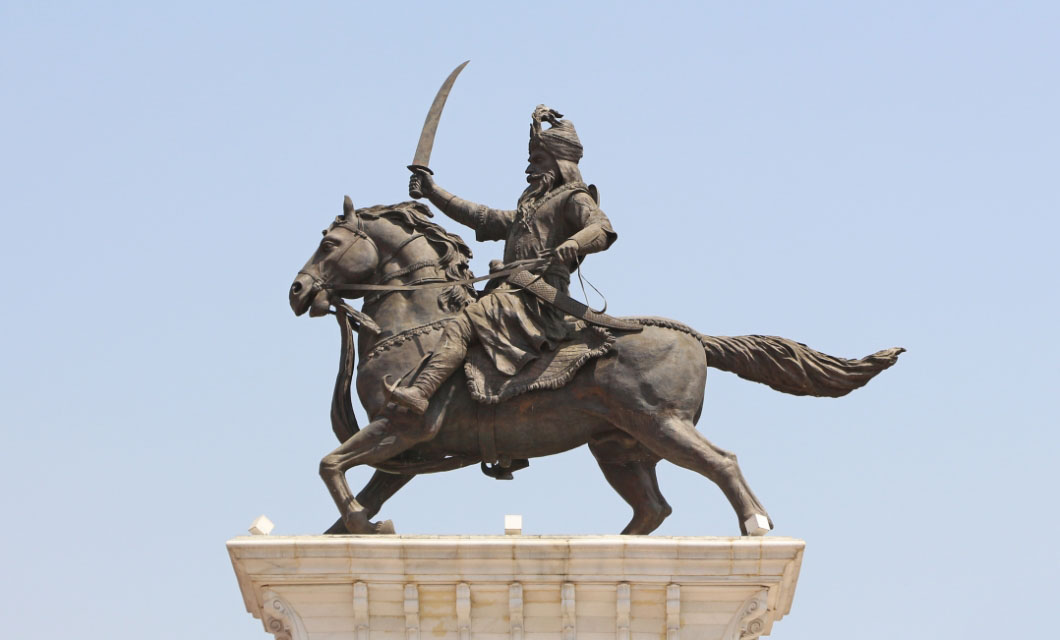 Ketak was a black pony and a year older; Chetak had a majestic white colour. Some accounts mention that the two were twins, which is a rare phenomenon in horses. These ponies were beautiful and had extraordinary qualities, which made them a perfect gift for the Maharaja, who could put them to good training and usage for warfare.

The Maharaja, being a man of valour, demanded to test the abilities of the two ponies that were so proudly portrayed by the charan man. Since Ketak was the elder pony, he was chosen for a bizarre experiment. He was buried to the ground till his knees and then, was tapped to run. The pony managed to spring from the ground. It chivalrously pranced on the ground and ran at a glaring speed. Men on horses began chasing it to test the speed; the pony ran like it was running towards glory. The horse continued running until the mounted men behind him were breathless. However, Ketak was untrained. The pony was young and immature. After this fierce run of life, the pony died. 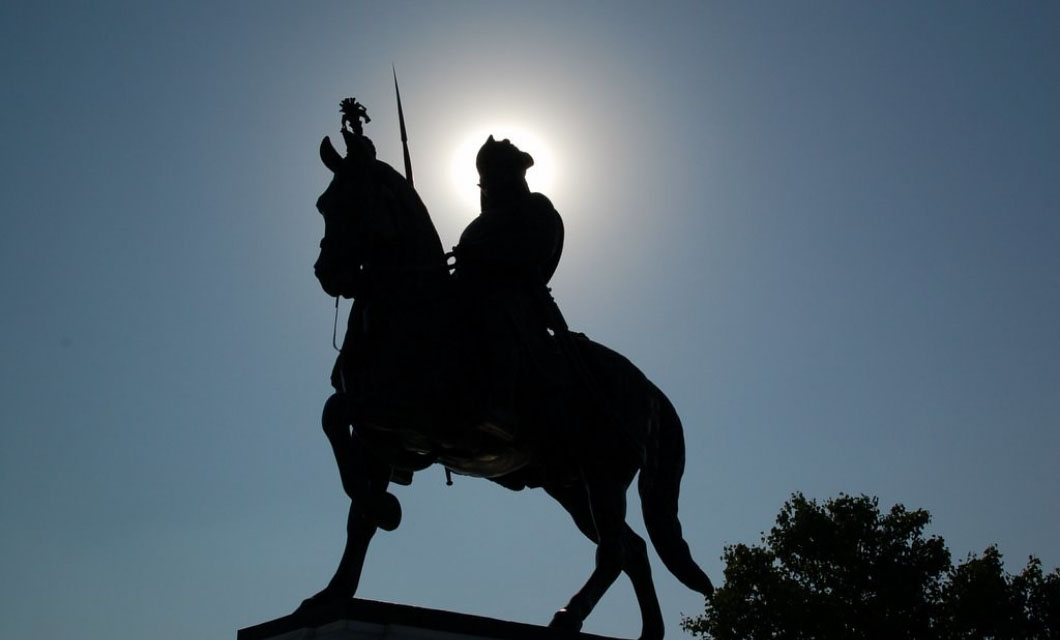 Many horses have left an imprint in the history of Mewar. Of all these horses that have delivered their riders to victory, Chetak is remembered as the most heroic. The glory of Chetak has much to do with his unique features that were inherent due to his breed. We cannot forget his valour, echoing in the folk traditions of Mewar and his undying loyalty towards Maharana Pratap Singh. So grand were the qualities of Chetak that the ballads and manuscripts of the region have captured his story.

About a thousand years ago, the Rathore clan moved into Maru Pradesh (now Marwar). During the period, there were three main horse breeds: Marwari, Sindhi and Kathiawadi. The Rathore clan found the greatest of all treasures--Marwari horses, which are today one of the five native horse breeds of India. The beauty, fortitude and intelligence of the horses mesmerized the new settlers. They then ventured out on a journey of breeding these horses.

With these horses, the Rathores and other Rajputs went on to form a most impressive cavalry of over 50,000 men.

Chetak had a beautiful, lean body, like that of desert-bred horses. Its size was somewhere between 14.2 to 15.2 hands height. Its physiognomy included a high forehead with a long face and gleaming, sparkly eyes. One of the most striking features in Chetak was that his ears had curves and curls and the narratives on Chetak mention that when his ears pointed forward, the top of his ears met together giving a perfectly elegant look. Because of his long neck, Chetak has been described as “Mayura Greeva” (peacock neck). He had a broad chest, very true to the characteristics of the Marwari breed.

For an equestrian lover, a horse’s unique colours, the simplicity in black, white or brown help to add an extra dose of love for the animal. The many folk songs in the Mewar region on Chetak’s grandeur reflected on his coat, which was a tinge of blue. Maharana Pratap Singh has been called the “Rider of the Blue Horse”.

What makes a horse’ story all the more lovable is the bond shared with the master. Chetak was known to be an aggressive, arrogant and a very difficult to control horse. But, it responded to the Maharana as though they spoke a language only the two could decipher. With the Maharana, the horse showed loyalty and submissiveness.

Chetak’s most famous tale is the epic battle at Haldighati. Mughal Emperor Akbar set out to capture Udaipur in 1576. Maharana Pratap and his men awaited the Mughals at the entrance to a narrow kilometer long pass in the Aravalli Mountains. This pass was Haldighati and it was the only passage that could allow access to Mewar for the Mughal army. This passage bears the history of a bloody battle that lasted for over two hours. However, what has been captured and remembered by the ensuing ages is the sheer display of gallant and loyal assistance that Chetak showed for his master.

Once his master was delivered to safety, Chetak, after an extravagant show of bravery, collapsed on the ground. So epic was this moment, that there is a pictorial depiction of the Maharana lamenting at the death of his beloved horse.

Chetak was more than just a battle mount for the Maharana, he was a true friend. The fact that while playing with life and death at the battlefield, the horse protected his master by jumping over a 25 feet deep trough shows how Chetak, an aggressive horse, tamed only at the hands of the Maharana, chose its own master.

In a land that eulogizes man-woman love tales, an interesting tale is that of Leili and Maharaja Ranjit Singh.

One may recognize the horse from the popular mentions of Ashq-e-Leila, the horse who wore the Kohinoor diamond on significant occasions, ages before the Queen of England wore it on her crown. Maharaja Ranjit Singh is known to have possessed some of the finest jewels. And he combined this interest with his most prized possession, Leili. The horse was made to parade with chivalry, with the Kohinoor itself.

Maharaja Ranjit Singh’s very name signifies valour not just for Sikhs, but for all Indians. The Sikh leader is remembered fondly and revered as a great king. The one-eyed king was responsible for the creation of the Sikh regime. Crowned as a Maharaja at the age of 20 in 1801, Ranjit Singh had Lahore as his capital in 1799. In 1845, after the First Anglo-Sikh War, Ranjeet Singh’s empire faced a defeat at the hands of the British East India Company, who took over all strings of control over the region. 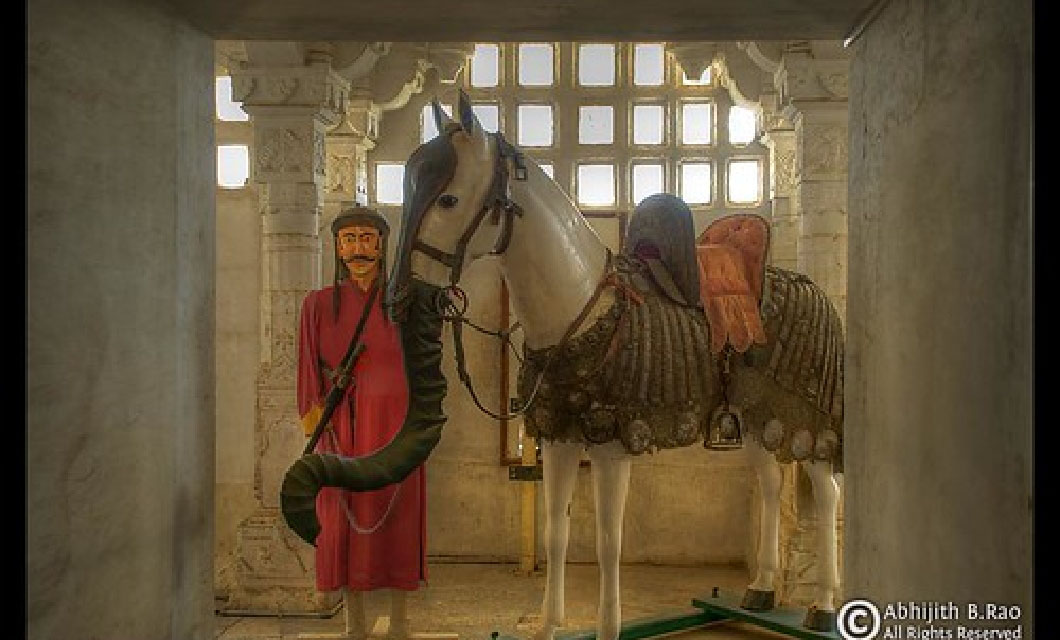 What makes Maharaja Ranjit Singh’s love for Leili legendary is the fact that he was willing to wage wars in order to possess this particular horse. Historical records mention that when the owner of Leili, refused to part with her, the Maharaja declared a war upon him. Baron Hugel, a contemporary European traveller who met Ranjit Singh during his visit to Punjab, mentions that the Maharaja told him that the horse cost him 12,000 soldiers and 60,00,000 rupees. And it was all worth every expenditure, because the horse was a hero of its time.

In 1822, when Maharaja Ranjit Singh came to know about Leili, a rare breed of Persian horse owned by Yar Muhammad Barakzai, he sent Fakir Aziz-ud-Din to Peshawar. 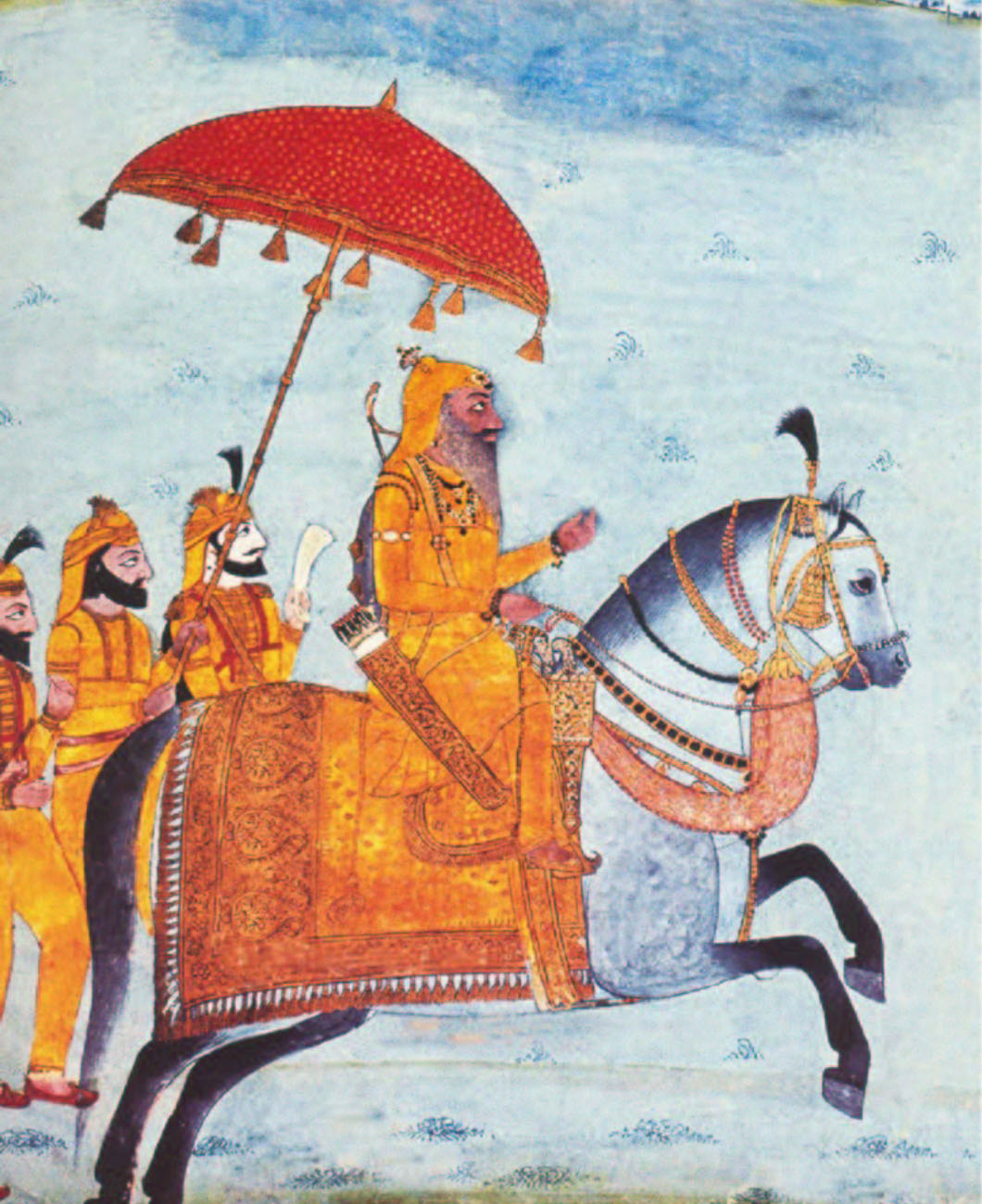 Yar Muhammad offered other horses but Leili. When the Maharaja asked the reason for not sending Leili, Yar Muhammad told a lie saying the celebrated horse was dead. The shrewd Maharaja did not believe him. He sent a force under Budh Singh Sandhanwalia. In the ensuing battle, Budh Singh was killed; and the Maharaja sent his French Generals Allard and Ventura, who managed to bring Yar Mohammad's brother and 12-year-old son as hostages to the Maharaja's court. Once, when the young boy was comparing the Maharaja’s horses with Leili, Ranjit Singh asked whether Leili was alive, to which the young boy innocently said “yes”.

The Maharaja could not contain himself any longer and sent word to Yar Muhammad to send Leili forthwith. On his refusal to do so, Ranjit Singh waged a bloody war and succeeded in securing Leili. The legendry horse entered Lahore in a grand procession, decorated with the world’s costliest jewels, including the Koh-i-Noor. Court poet Qadir Yar composed a poem in praise of Leili for which he was heavily rewarded by the Maharaja.

Baron Charles Hugel mentions that the tales of Leili’s beauty were known through Persia and Afghanistan. Leili was dark grey, well-built, of regal height, stout and agile.

Emily Eden claims that sometimes the Maharaja would go out in the sun with the mane, caress and press its legs in affection. It is said that the Maharaja once fell asleep while riding the horse. Leili was so intelligent that it got its master back home without any difficulty.

When Leili died, the Maharaja wept inconsolably and the steed was given a state burial with the firing of a 21-gun salute. Maharaja Ranjit Singh called his horse by different names, like Naseem, Ruhi, Gauharbar, and Sufaid Pari.