Leopard print a trend for forever and ever


A style that will always stay perennial


This is Perhaps the most controversial trend of the whole fashion industry- Leopard prints. Dressed up in, by everyone from royalty to celebrity royalty alike leopard print has been both admired as plush and sophisticated and disregarded as tacky and sleazy. Whether you’re a hater or lover of the trend, everyone agrees on the fact that, flaunting a leopard print is a bold fashion statement. And this statement isn’t a new trend, one can trace it back to the ancient Egyptian times.

In the natural habitat, what we generally attribute to as leopard print is a design which sole purpose is to camouflage rather than standing out; its smudges and patterns are meant to hide the predators from getting noticed as they hunt in the flora stealthily. And no wonder that nature’s this print works so amazingly well, that akin patterns can be found on plenty other animals as well such as great cats, fish, frogs, insects, and

A brief history of Leopard prints 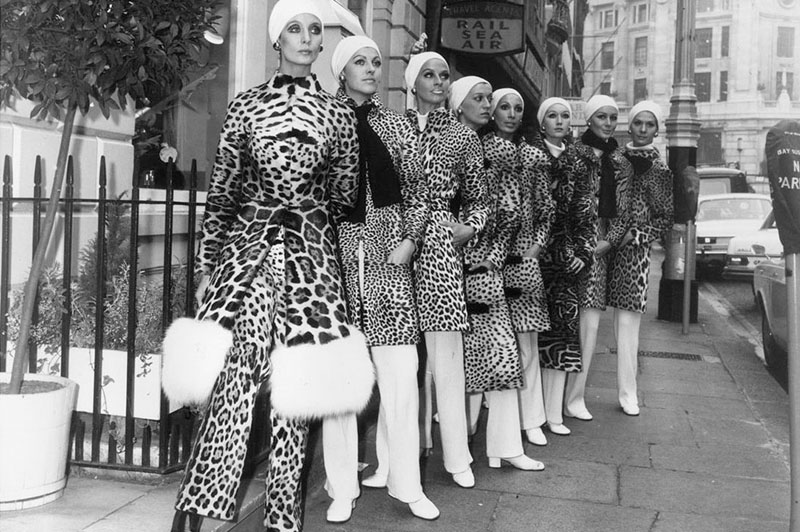 
These audacious patterns can be pursued back as far as ancient Egypt because there the pelts were rare women used to trace leopard prints on sheaths and wrap themselves in them. African heads used to dress themselves up in animal skin to brag about their power, and The great French statesman and military leader Napoleon’s delegation mowed their headgears and saddle covers in leopard skin, binding the prints bold, fearless prominence.

But It wasn’t until 1947 that leopard as a print – rather than a fur – became trendy. Mitzah Bricard was totally in love with Leopard print, inspired Christian Dior himself to adapt the leopard print in his spring/summer 1947 collection, the collection showcased a leopard print silk-chiffon evening gown and day dress. Designers Norman Norell and Roger Vivier followed into the footsteps of Mr. Dior in the 50s, and ended up designing leopard print halter tops, shoes, and bags.

Evolution of leopard print from the day, that it was brought into existence till as we know it today. 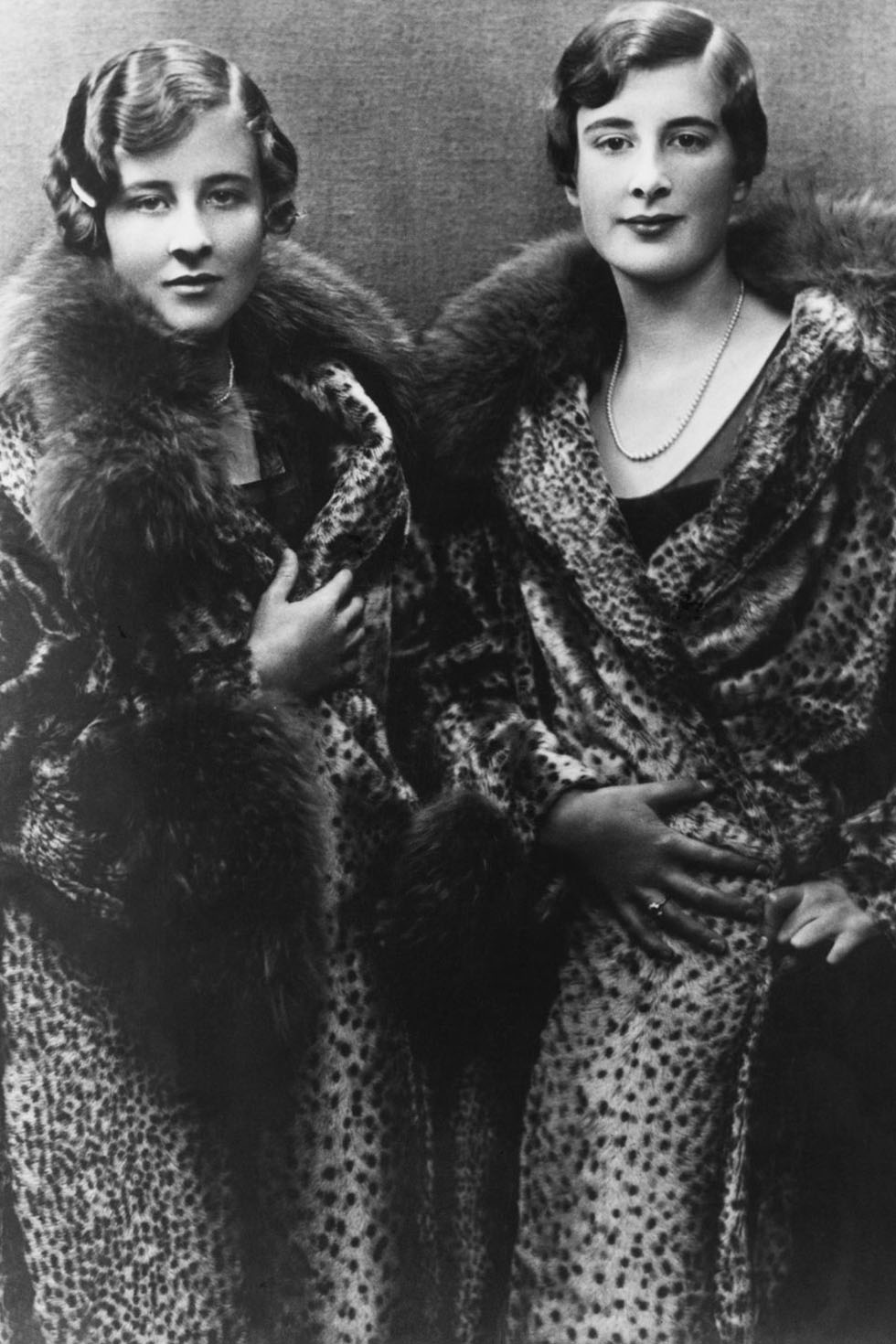 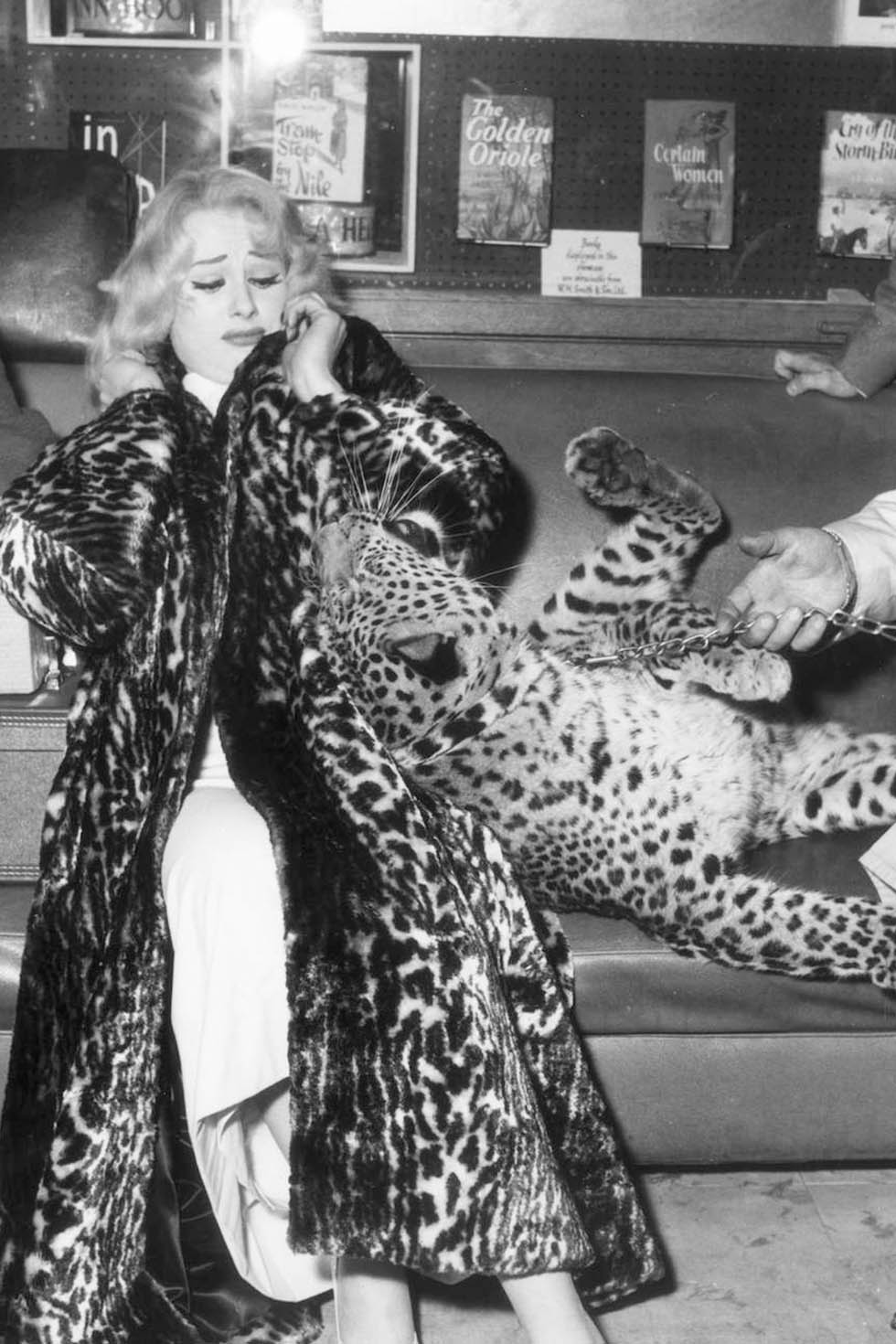 
Leopard fur coats were all rage in 1920s. All the elite classed women, movie stars and flappers, dressed themselves up in real leopard pelts, the pattern itself roared into eminence in the twenties and thirties. 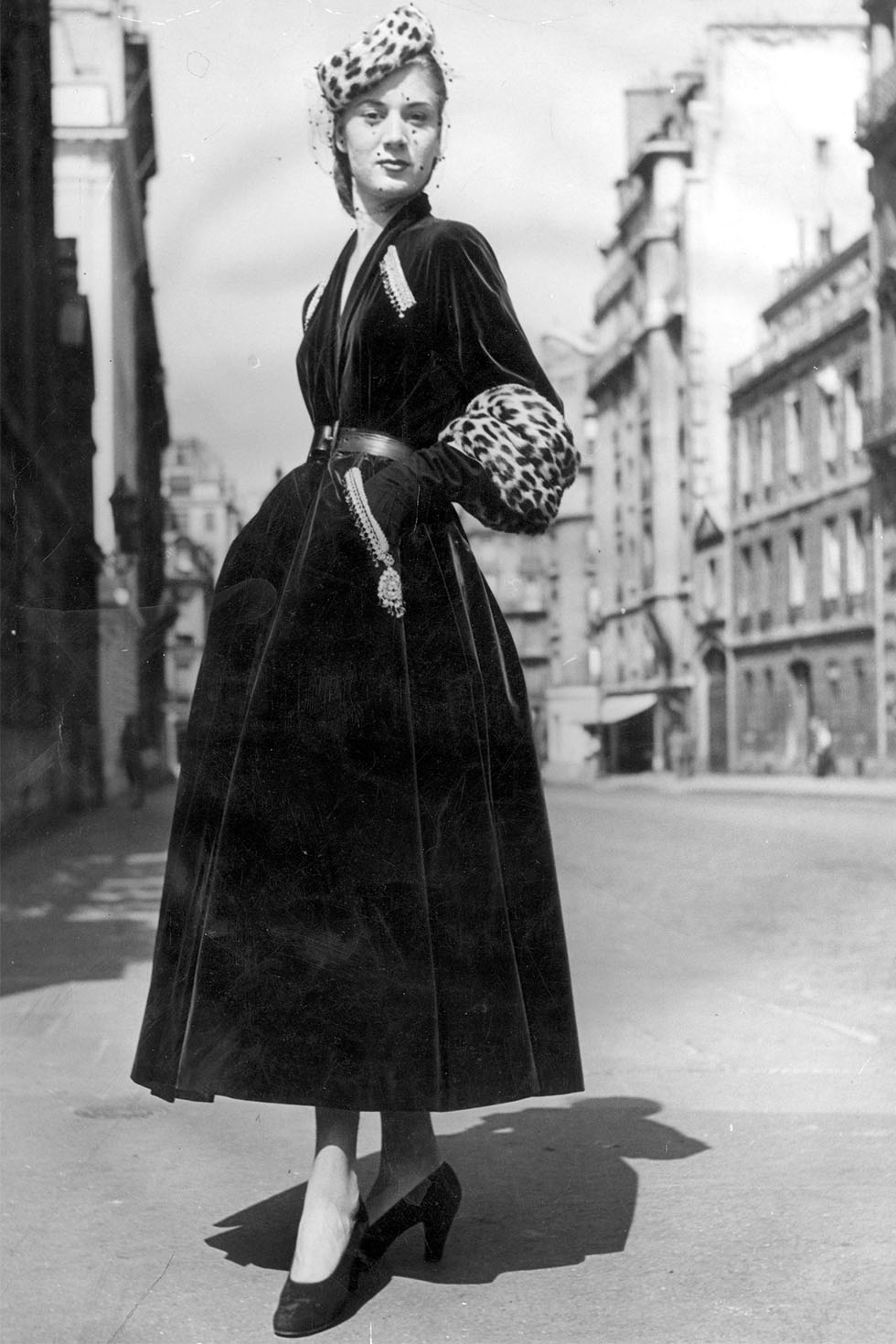 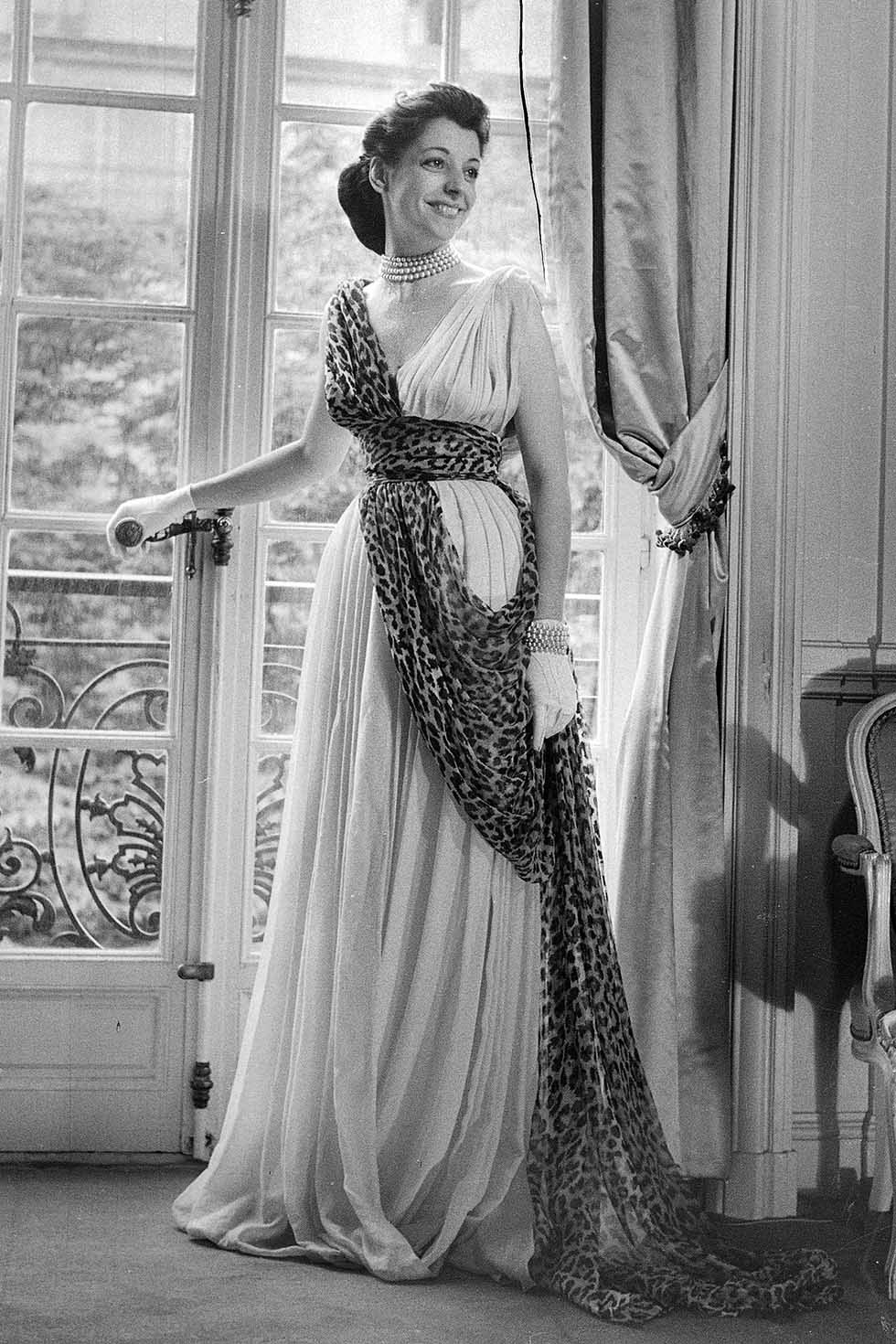 
1940s-1950s was the era in which leopard prints started gaining consideration from designers. This is the year in which they got bolder and started showing up on evening gowns. Christian Dior, was heard saying the following about the print, 'If you are fair and sweet, don’t wear it,' The designer Lanvin designed silk and rayon crepe dresses adorned with the given pattern in these years.

The rage wasn’t just in Europe. The forties and fifties even saw America's take on the trend where pin-up girls cradled onto the pattern, carried bedecked corsets, lingerie and dresses that supported to the print's corporation with lewdism. It was then that American lingerie brand Vanity Fair decided on to selling leopard-print underwear. 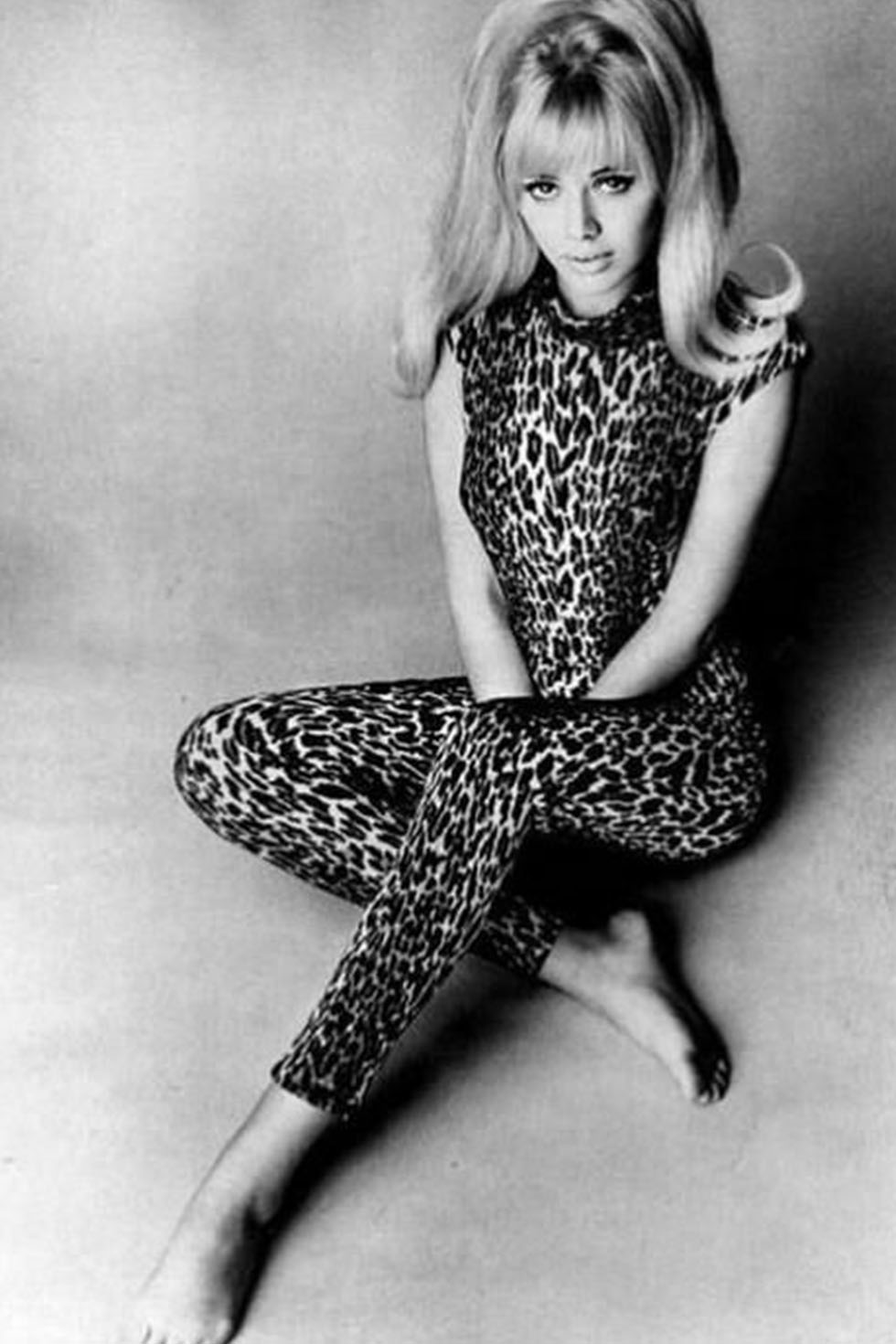 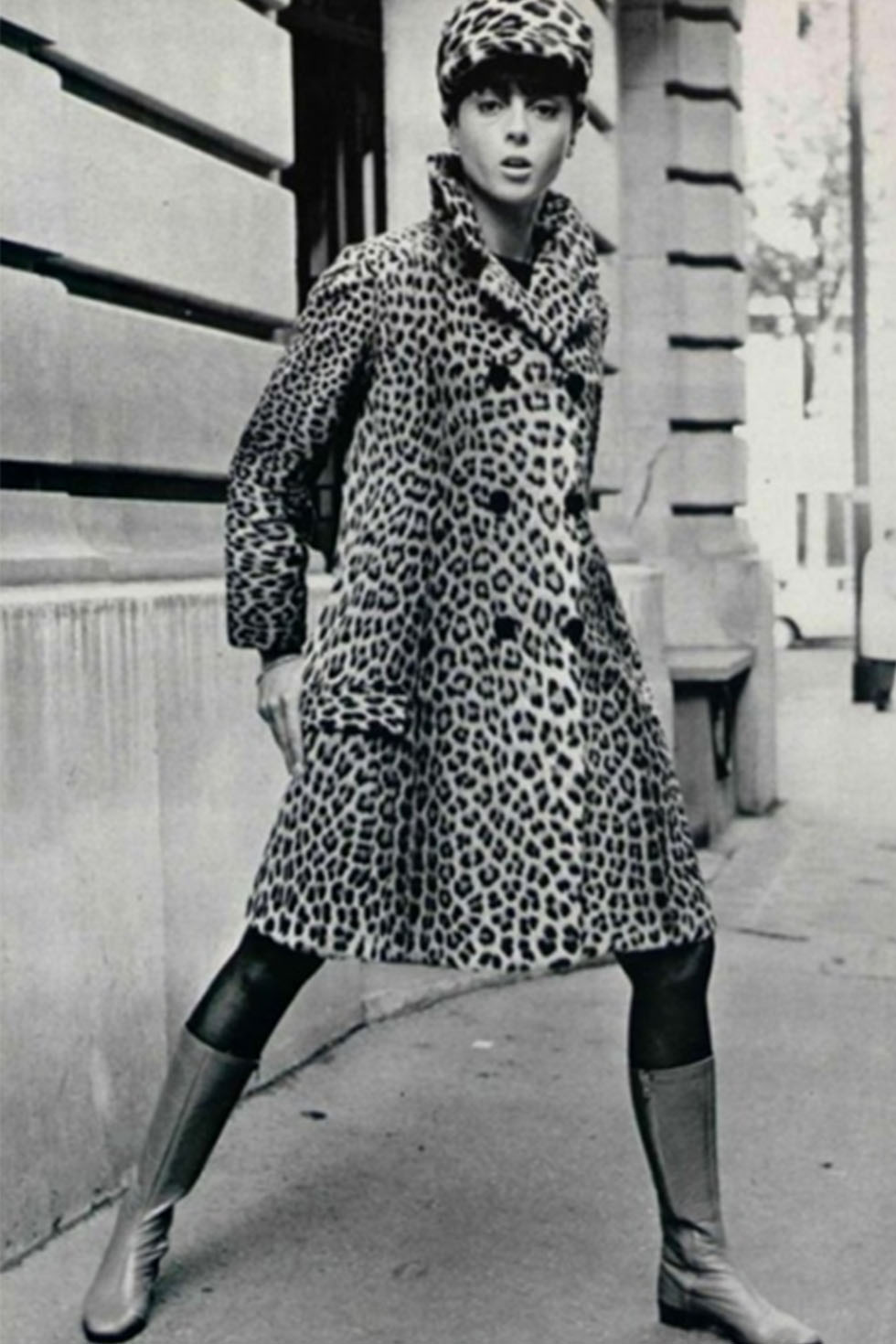 
At the peak of the 1960s, leopard print started coming even in matching accessories. It was then that the leopard print achieved actual impetus with the general public, it was jabbed into the public with the likes of Britt Ekland and Jean Shrimpton.

The demand for the said astronomical trend shot up so much so that hundreds of jaguars and leopards were slaughtered to incite the fur trade.

By 1968 Rudi Gernreich dedicated a whole collection to faux animal print as the bloody trend for real animal skin sparked up the animal rights movement to favorable protests. 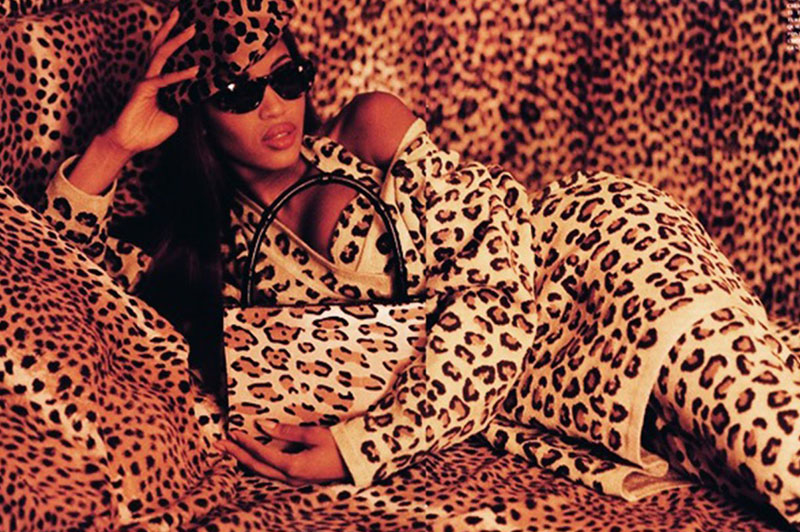 
From the Mel B’s time in spice girls to Naomi Campbell and Kate Moss in Alaïa, the naughty nineties embodied the print in both elegant and sleazy spheres.

F/W show of Azzedine Alaïa's 1991 witnessed the house send artillery of models down the runway, draped in leopard boots, berets, corsets, and coats – a collection that apprehended the print's dual nature – maximalism and neutrality, fierceness with sophistication in the real sense. 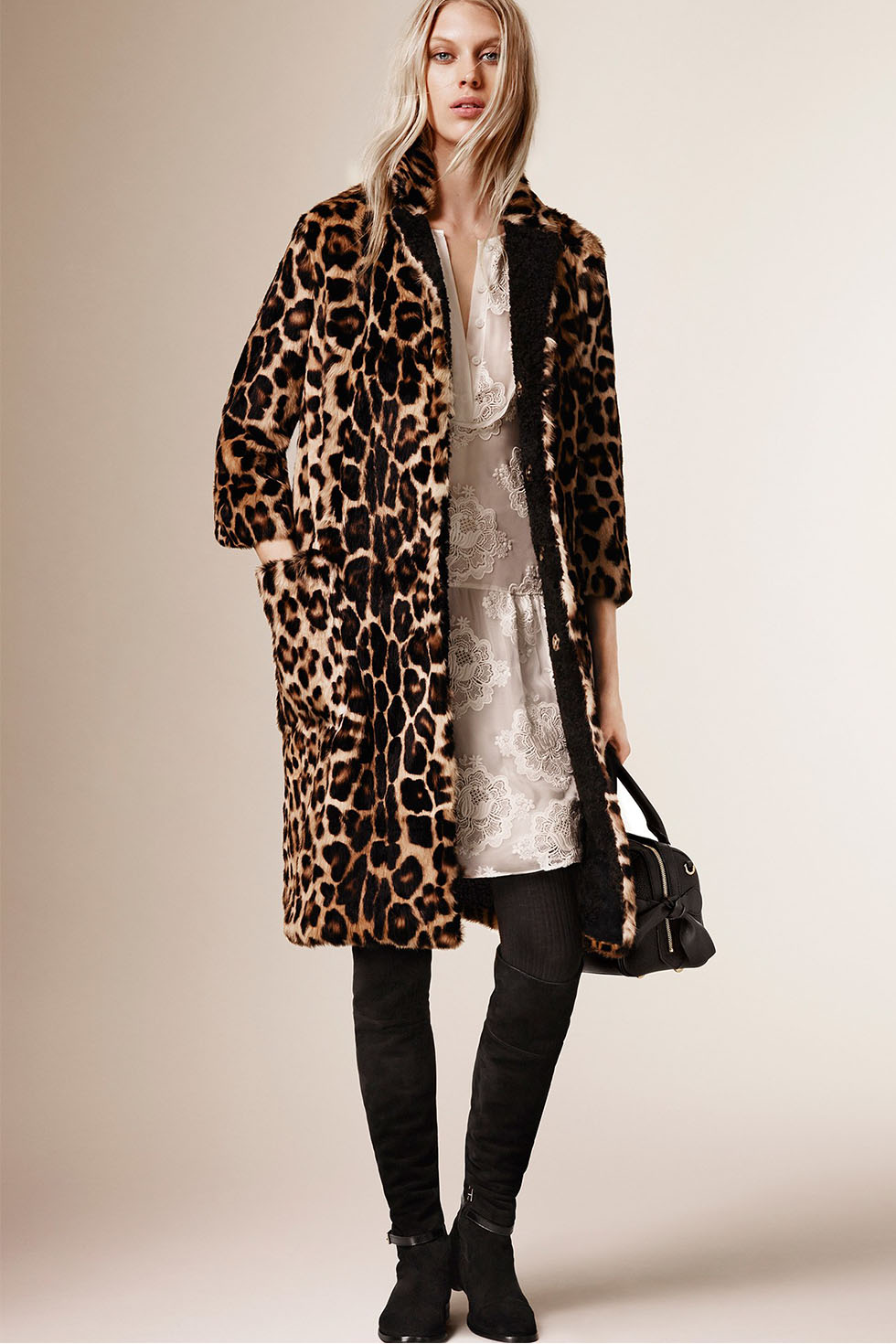 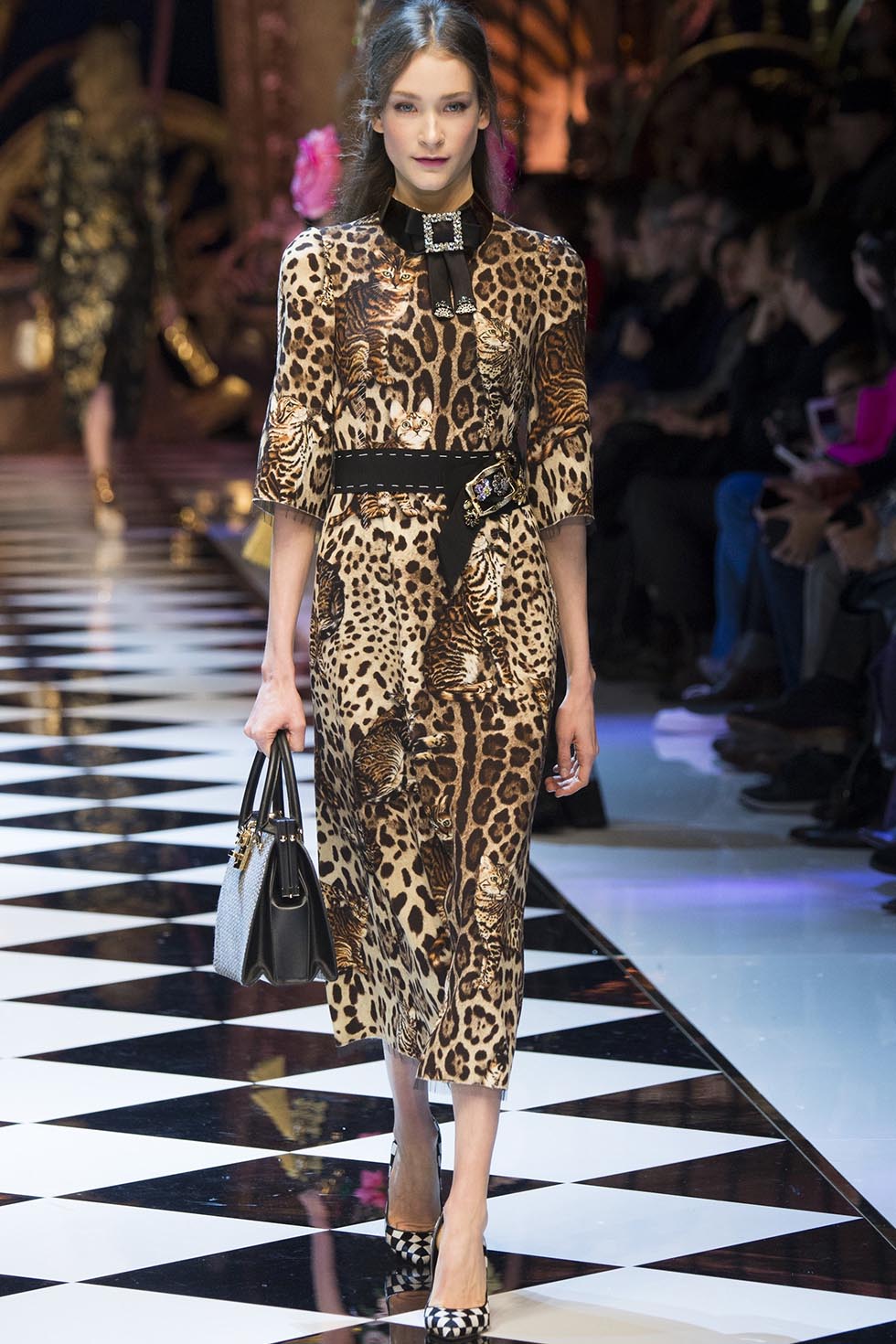 
Leopard print is once again back at the couturiers and I mean can you blame the designers for having fallen in love with this mesmerizing trend once again? After all, it’s a design that blends well with every color palette, every occasion, and even every skin-tone

Burberry's recent Fall 2015 collection proves that leopard print is still as strong as ever – and looks just as elegant and fabulous in various shapes and color-schemes as it does in its natural state.


Since you’re now ready to take on the Trend yourself, Here are a few style tips for you.

1.Here’s the biggest one for you, your animal prints are your new neutrals, add them to your everyday outfits together with color-block sweaters and classic trench coats. 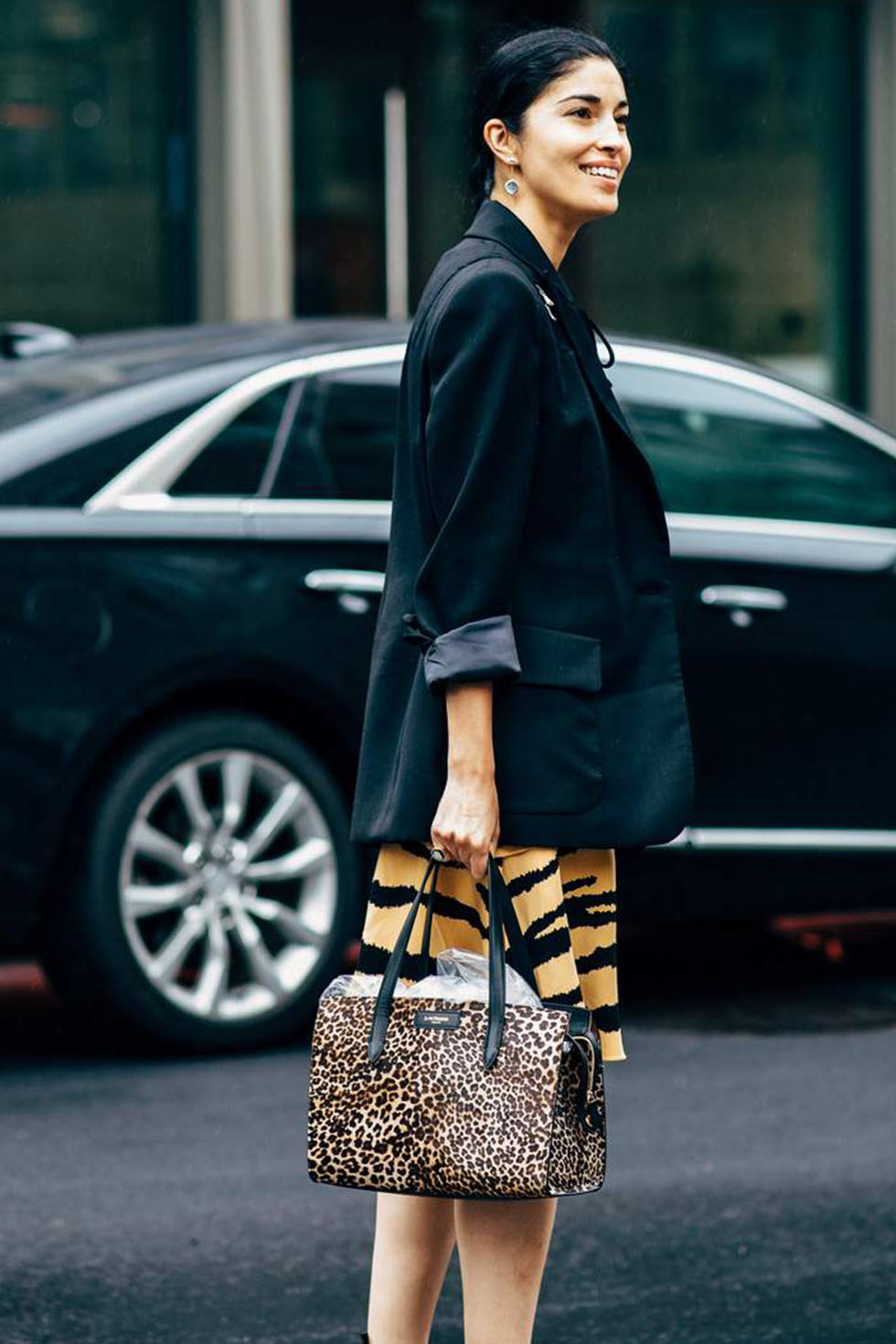 
2.This one's for someone who doesn’t get scared so easily, a real no-trend-untried kind of dresser. But with the right pair of shoes and an over-sized blazer, leopard print bike shorts would be a piece of cake to pull off. But in order to let the bold print stand out keep the rest of your look pretty neutral. 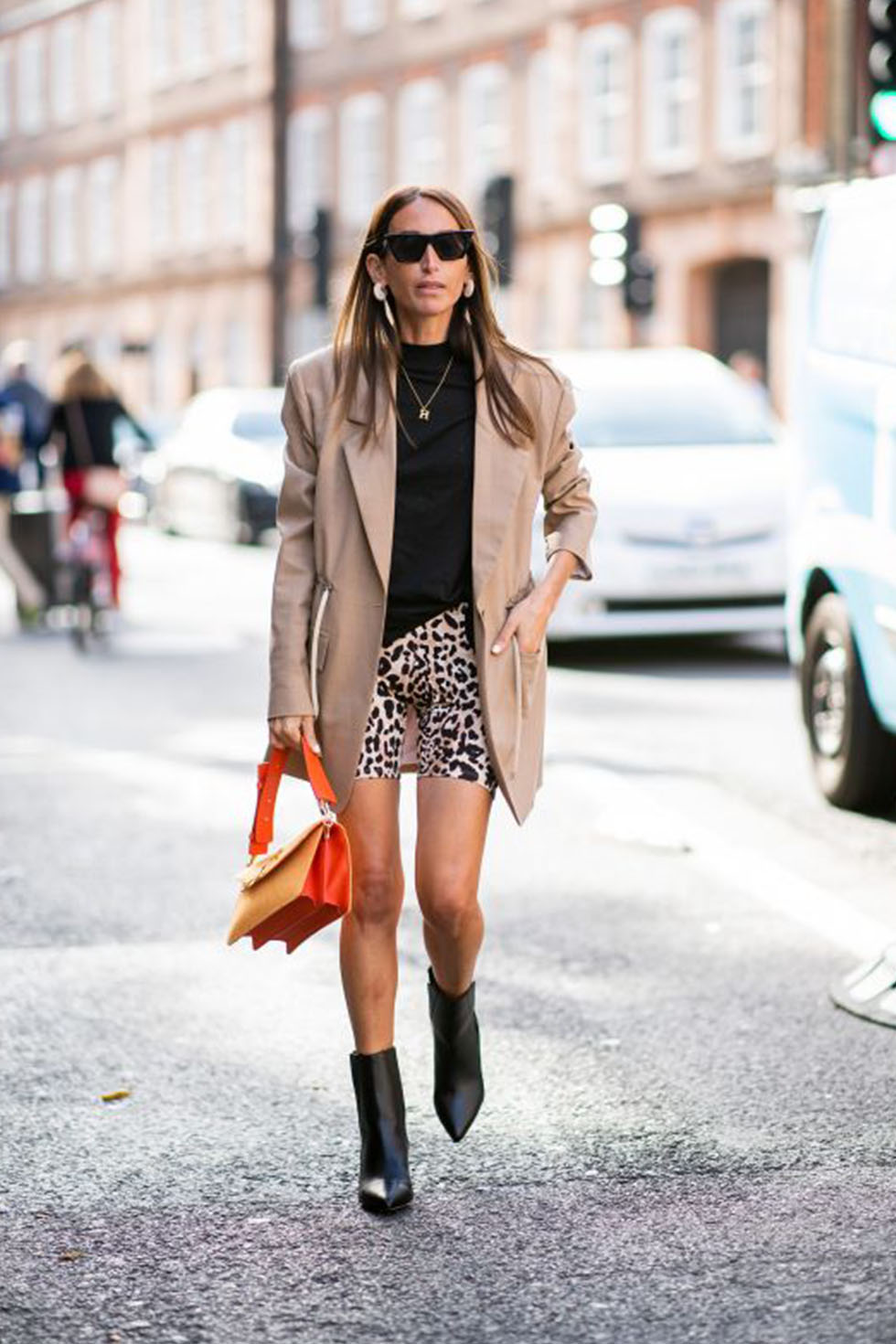 
3.There are exceptions when it comes to everything one such instance of that is - where more really is more, just likethe above look, this look isn't for the faint-of-heart either. Take styling cues from our beloved Bella and dress up in leopard print from head to toe. And maybe add a pop of color with red flat cap ? 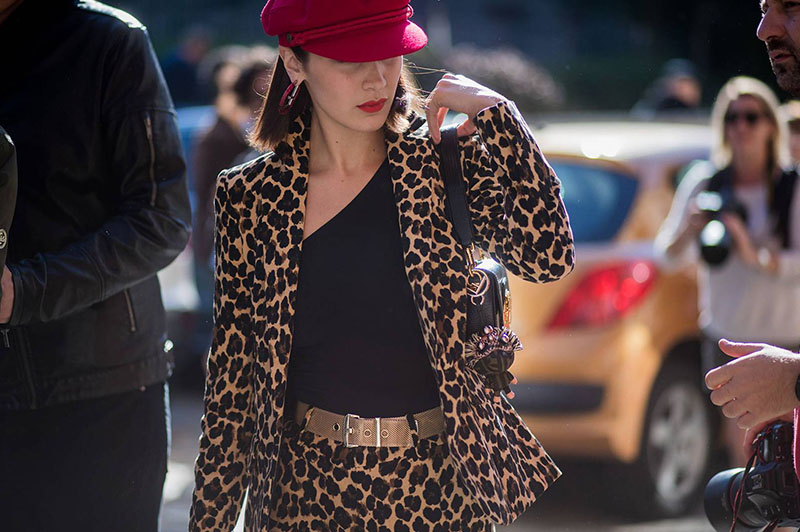 
4.One golden rule to remember while wearing animal print- MIXING TWO ANIMAL PRINT ARE A TOTAL NO-GO. DON’T EVER EVEN THINK ABOUT MAKING SUCH A FASHION DISASTER. 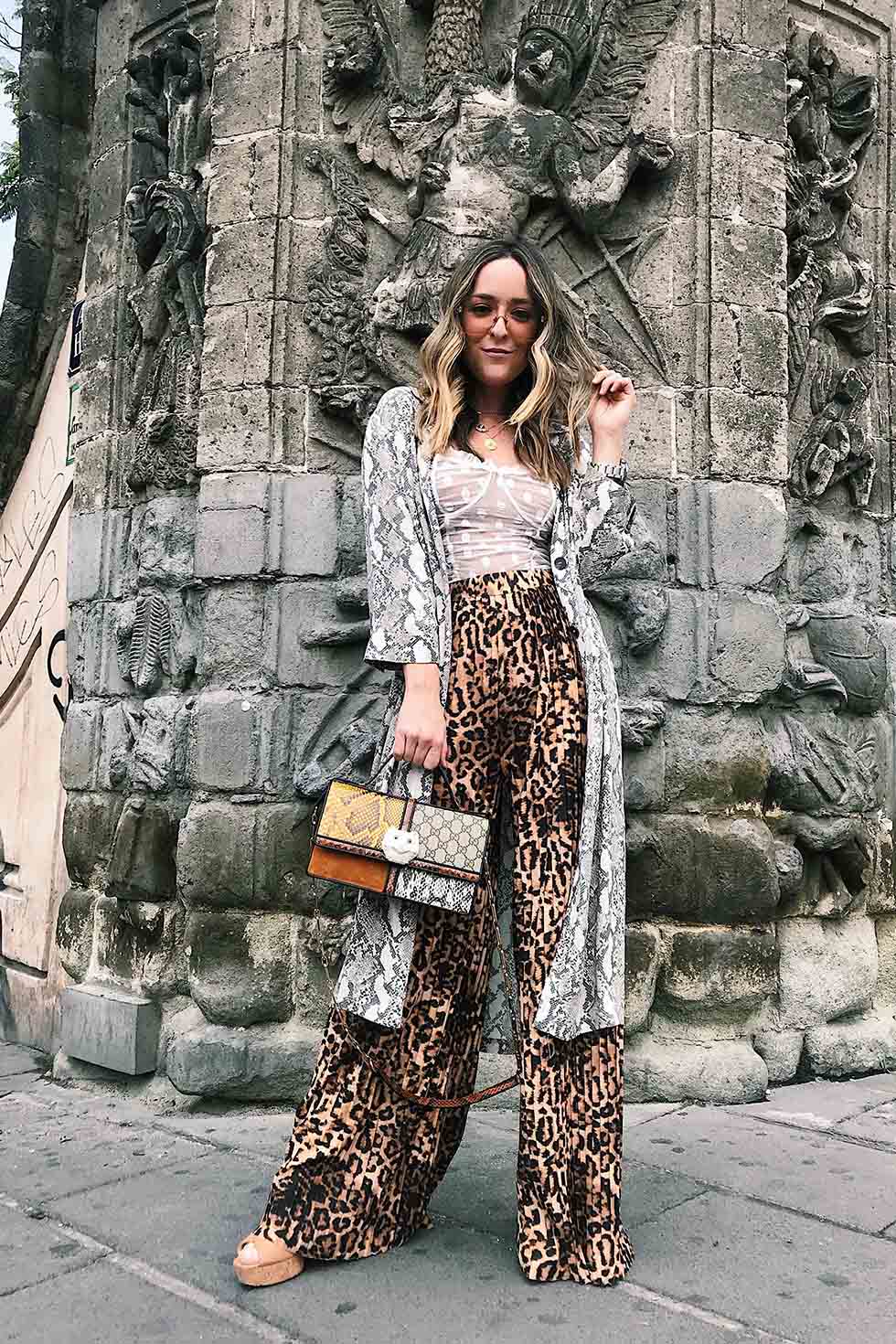