Lions’ Hunt For The Trophy Begins


The Rambagh Polo Ground is all ready and prepared to witness the Final for Gen Amar Singh Kanota Cup 2019, 8 goals tournament. The lush green ground appears as the carpet with clouds as the ceiling , forming a perfect environment for Jindal Panthers to battle against Sahara Warriors.


The umpires for the match are Dhruvpal Godara and Gaurav Sehgal; with Shubham Gupta playing instead of Sangram Singh for Sahara Warriors and Venkatesh instead of Navin Jindal for Jindal Panthers.

The army band is on the ground to welcome the final and the players of both the teams. 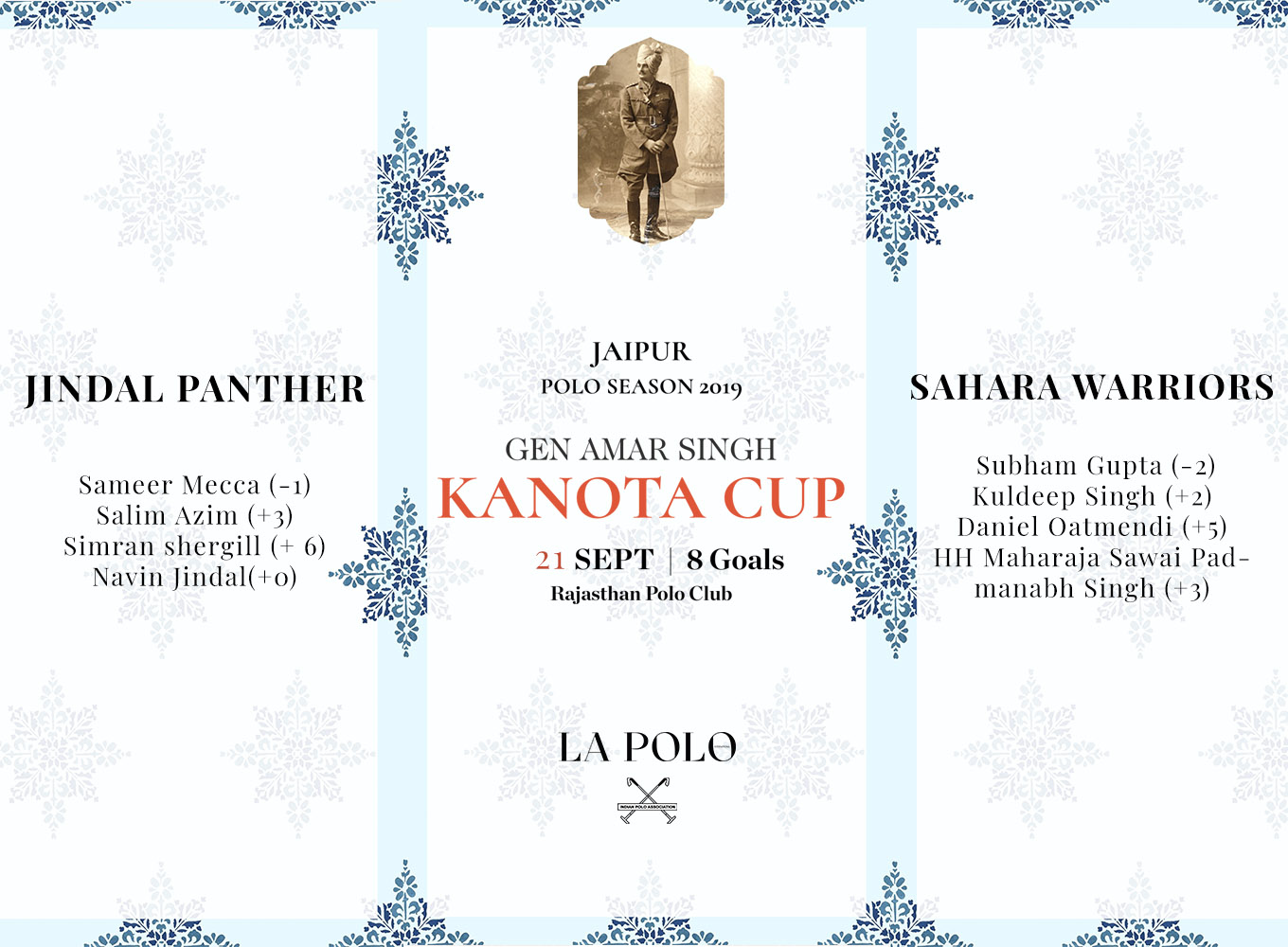 The first chukker for the final match is into action with Pacho leading the way bagging the first goal for his team.
Kuldeep Rathore with partnership of Daniel get the second goal for Sahara Warriors. Salim goes for a long shot, and the ball rolls out of play. The match is into action once again, Simran leading the way, passing it to Sameer Mecca who gives a strong backhand, favouring Pacho to grab a goal. Venkatesh taking the ball away despite being chased by Daniel, gets the first goal for Jindal Panthers. This marks the end of the first chukker.

Chukker 3 is now rolling. A powerful shot by Simran Shergill well connected by Salim Azmi but greatly defended by Pacho. Daniel drags the ball but is snatched away by Venkatesh, Pacho taking it over, brilliantly carried forward by Daniel getting the fifth goal for Sahara Warriors. A fierce match , is into full action, only a chukker away from the result. Jindal Panthers have their third goal by Salim Azmi. About 30 seconds left for the play and Daniel Otamendi gets the 5th goal for Sahara Warriors, bringing the third chukker to its end.

We are into the final and deciding chukker of the match. Gaurav rolls in the ball, taken over by Kuldeep and hitting it right through the goalpost. Simran wasting no time passes the ball to Sameer Mecca challenged by Daniel but fruitless as the ball rolls out of play. 3.30 minutes already gone for the last chukker, and Daniel bags the 8th goal for Sahara Warriors. Pacho strikes a long shot towards the goal but is not well directed as the ball rolls out of play. We have the final hooter for the final chukker.
Sahara Warriors emerge victorious for Gen Amar Singh Kanota Cup 2019. 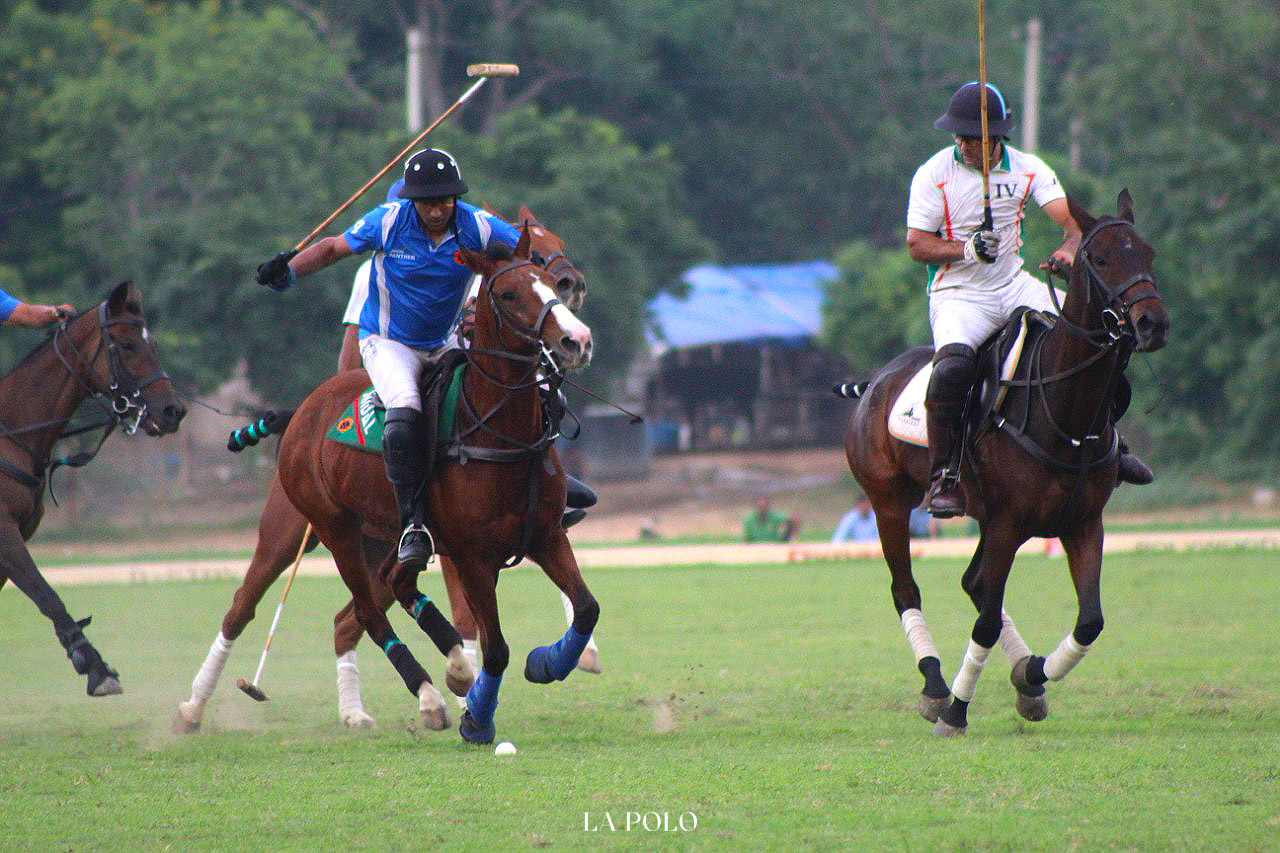 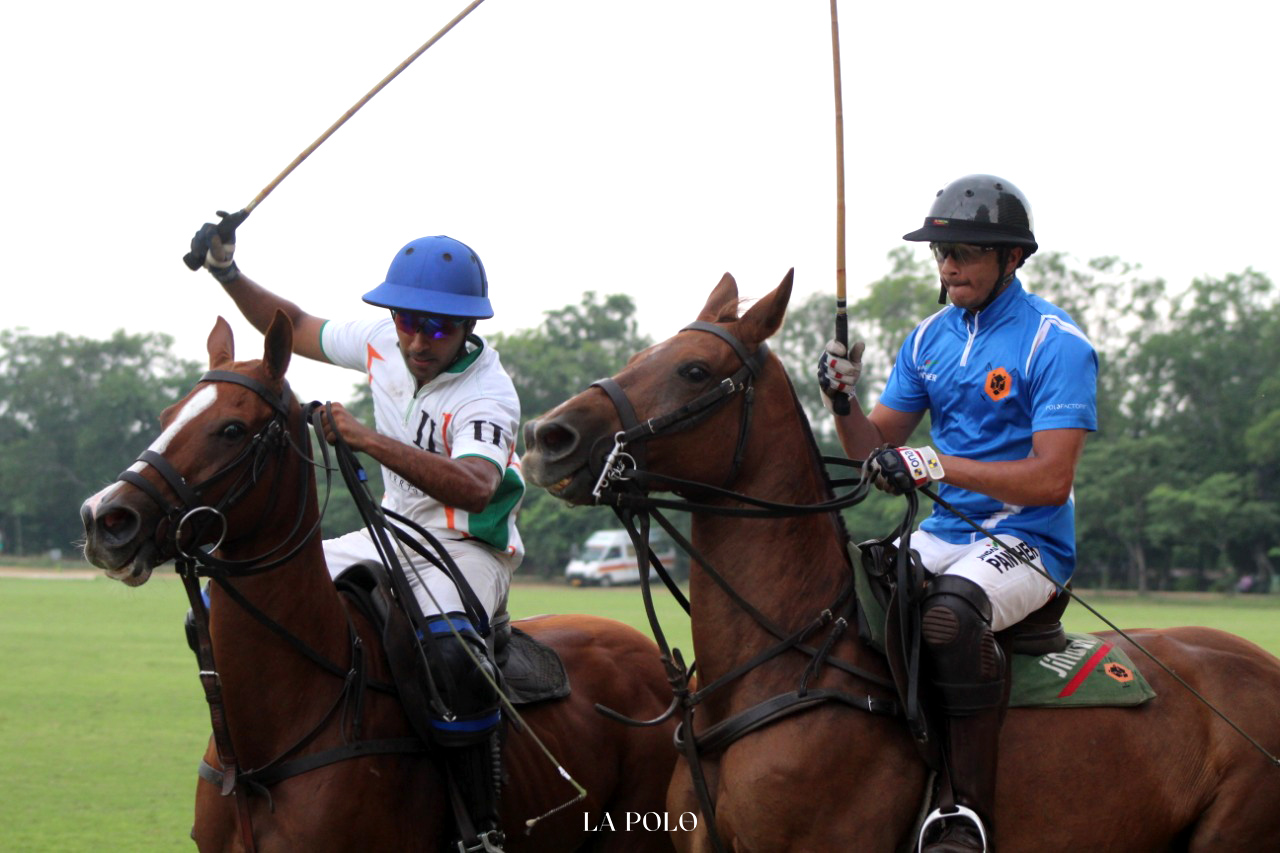 
The victory is now followed by the Award Ceremony

HH maharaja Sawai Padmanabh Singh gives the memento to our chief guest on behalf of Rajasthan Polo Club. The lovely, prestigious trophy is handed over to Sahara Warriors, posing for the picture. 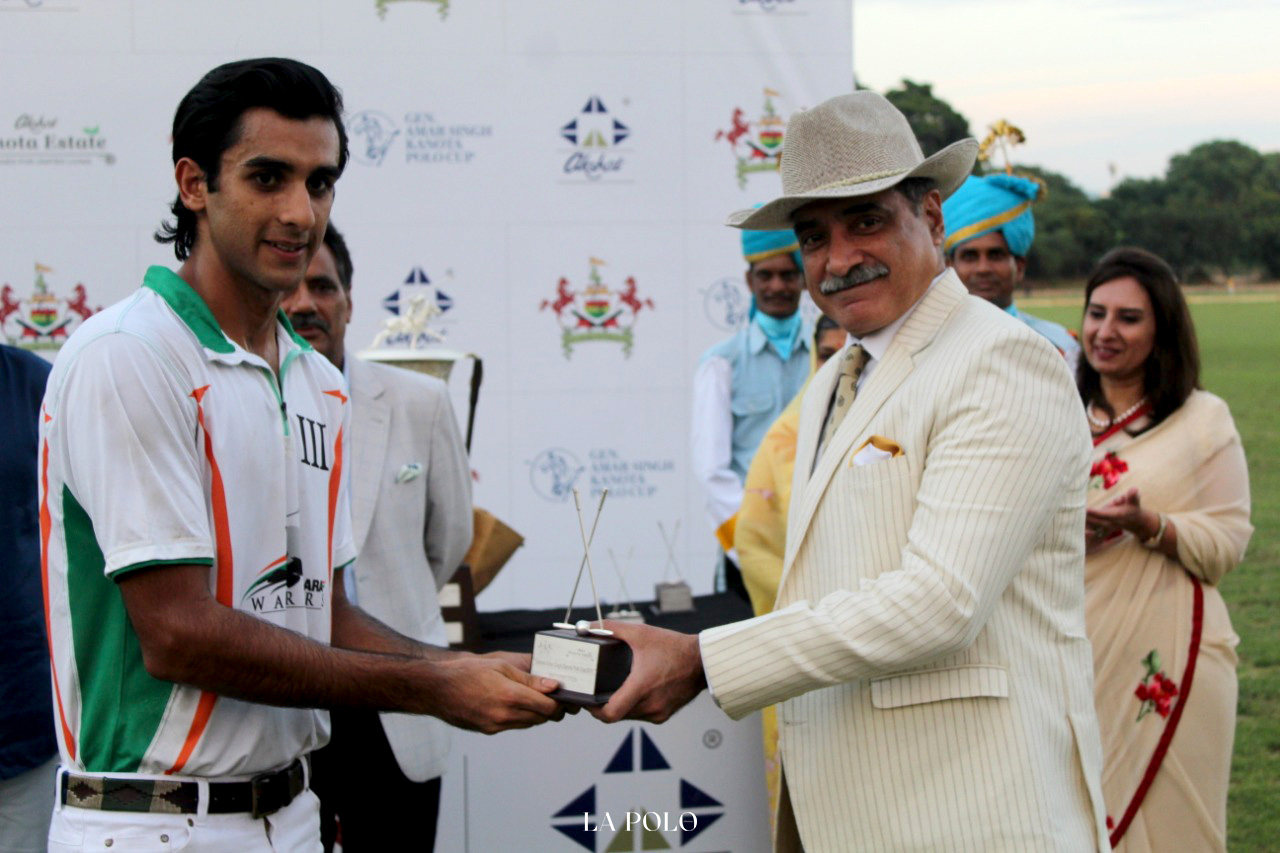 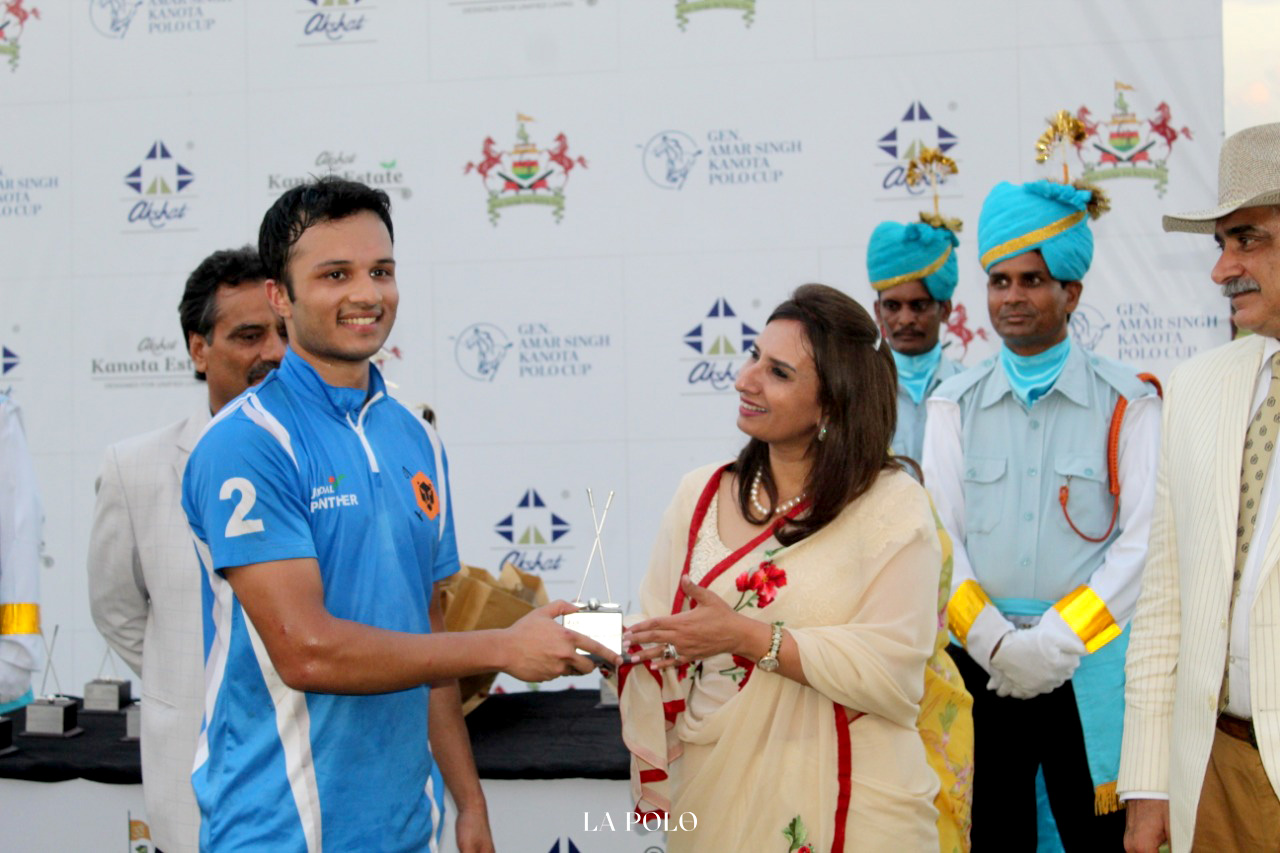 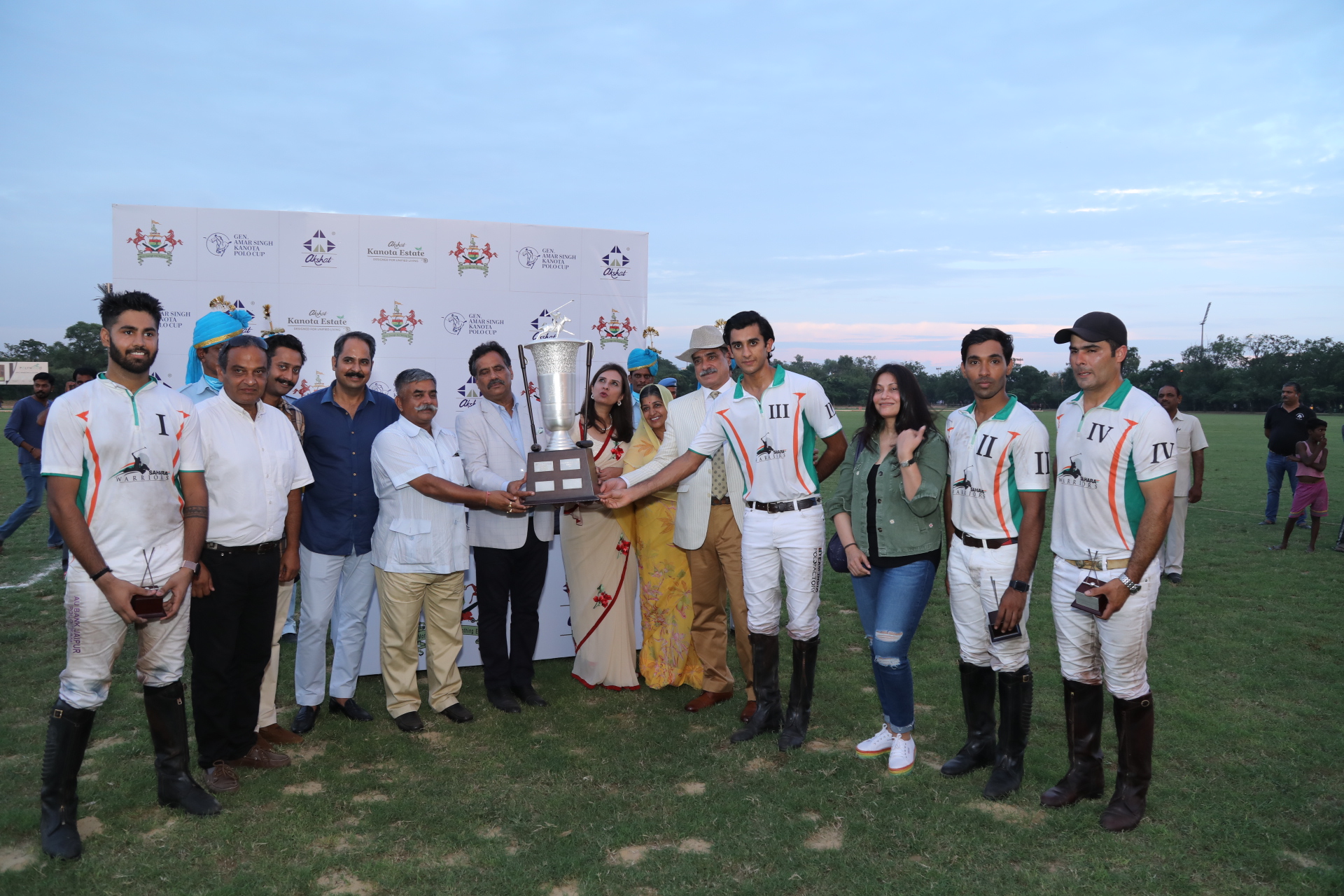 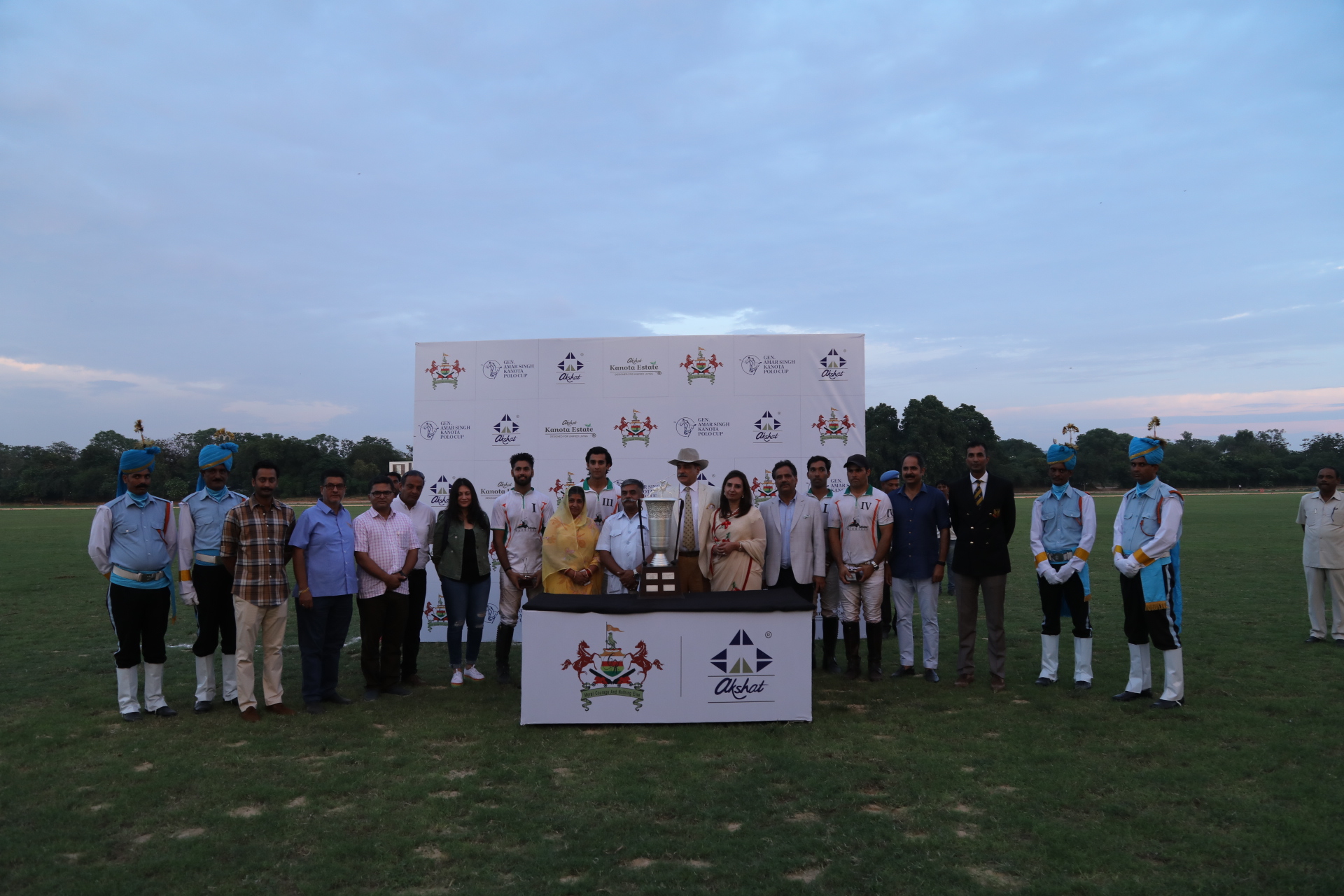