The first day of Maharaja Hari Singh Memorial Cup started off on a congested afternoon with the sun shaded under the smog of Delhi. Scheduled at the Army Riding and Polo Ground, New Delhi, the day started off with the first match with the second scheduled just after this. 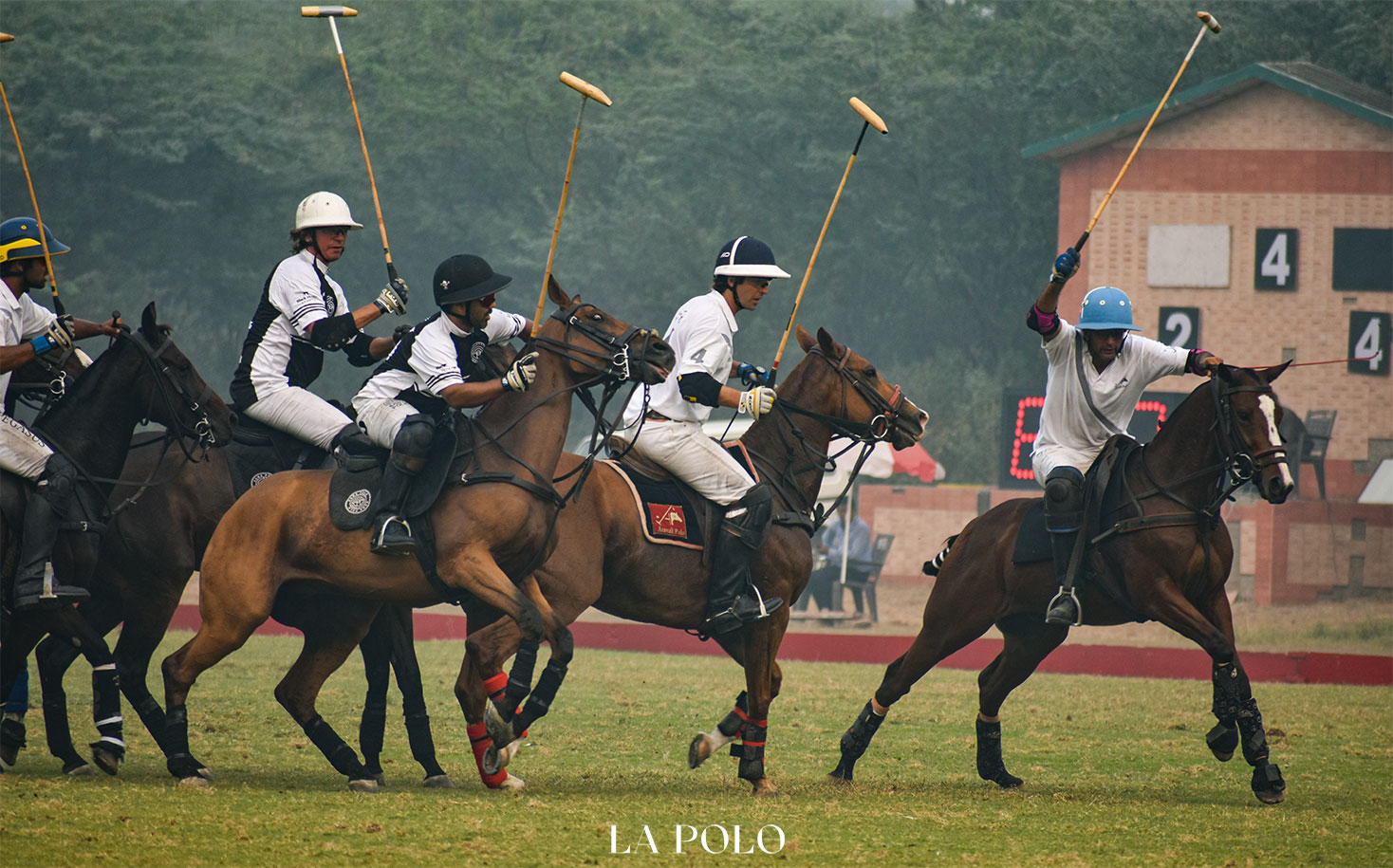 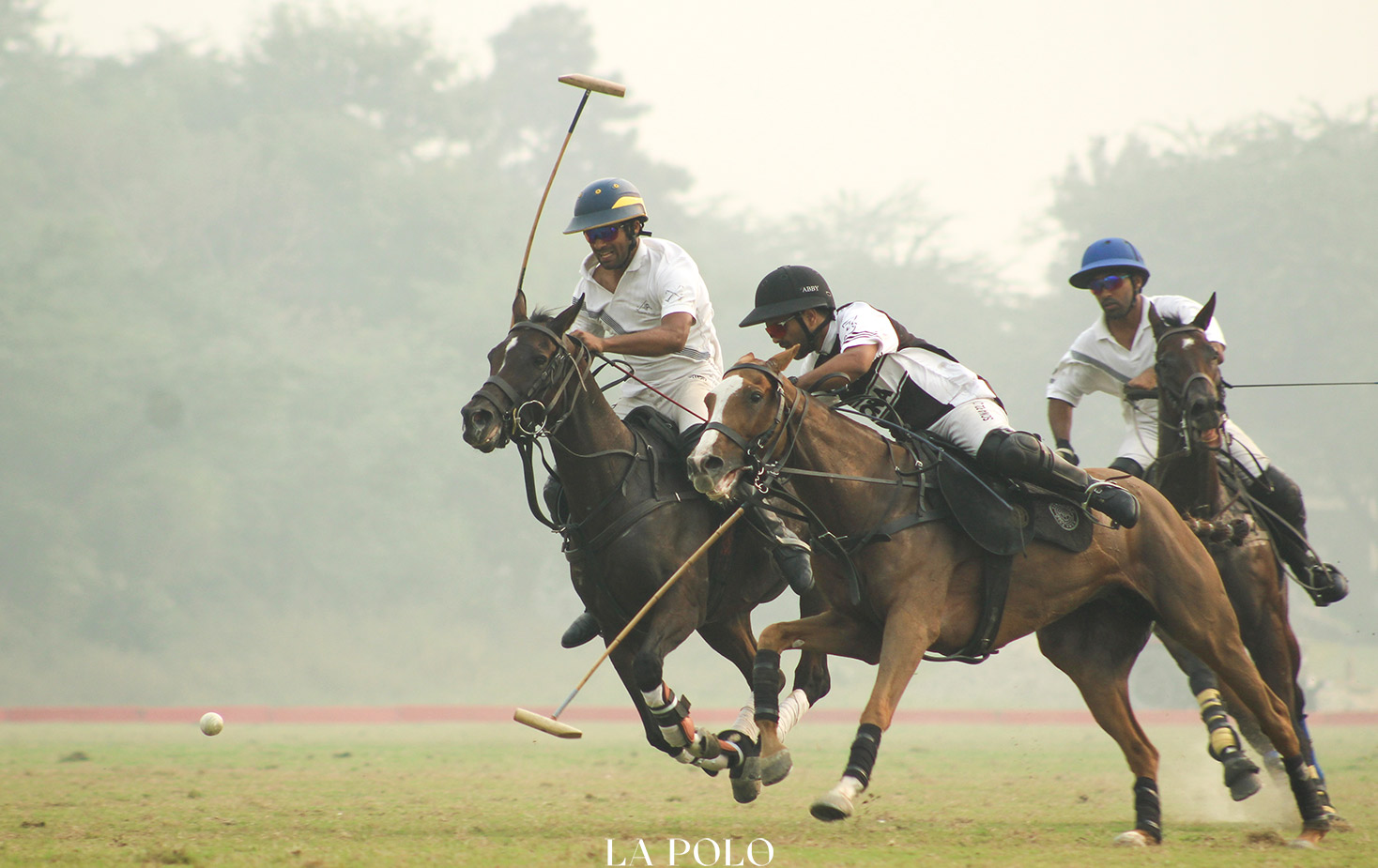 The first chukker of the first match of Maharaja Hari Singh Memorial Cup started off with Sona Polo taking the lead. The first goal of the match was struck by Dhananjay Singh followed by Abhimanyu Pathak. Although team Aravali Polo paced with great defensive moves, but it could not turn the action into any goal.

The second chukker started with similar projection where Sunjay J Kapur from team Sona Polo took a solo run for the third goal of the match and for the team. Although team Aravali Polo received a chance of inaugurating the scoreboard for their team with a penalty shot, but Roddy Williams missed the chance. 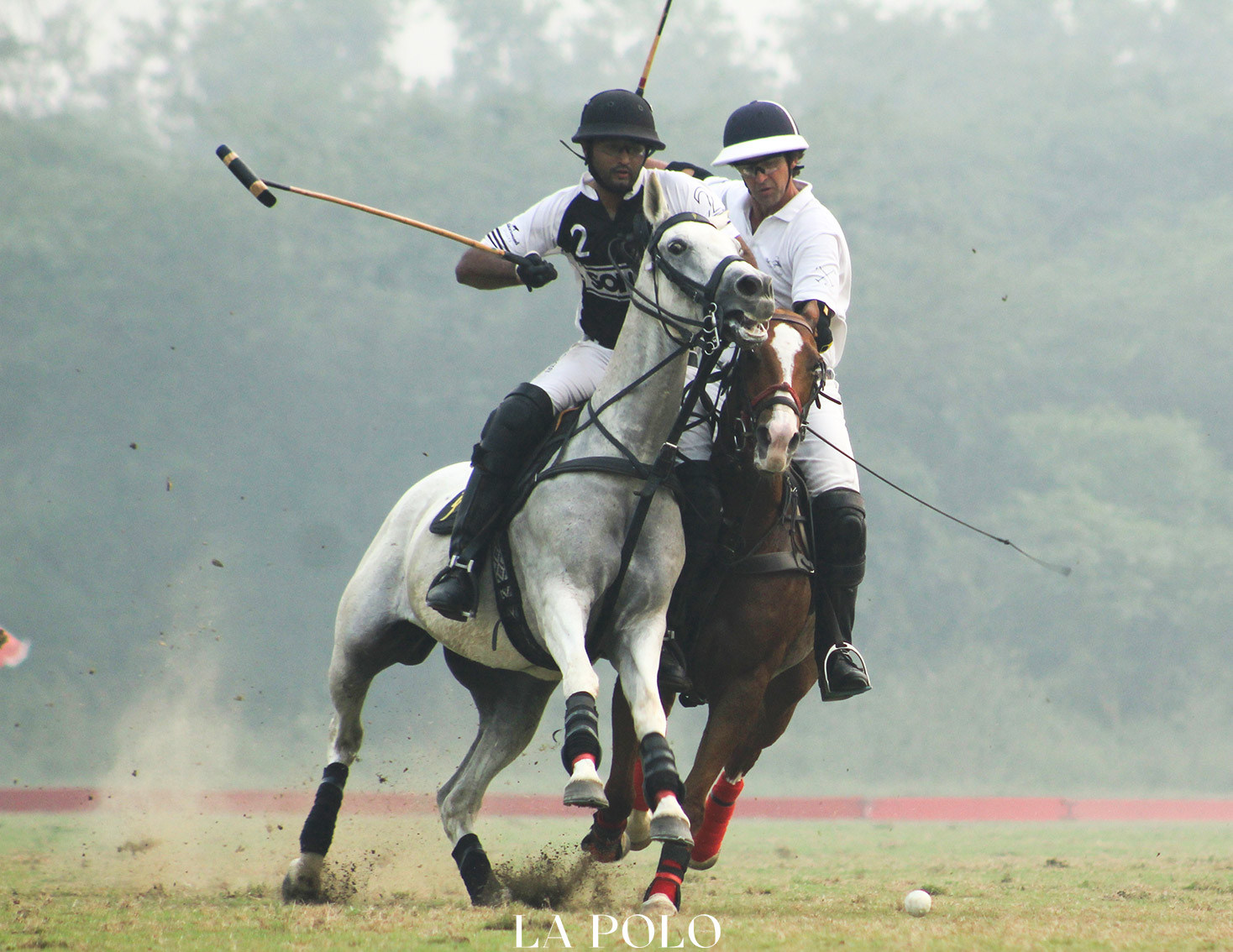 After half time, the match went on for the third chukker of the first match of Maharaja Hari Singh Memorial Cup. Equalizing the game, it was now team Aravali Polo taking the game under their control where Kuldeep Singh bracketed two back to back goals. It was only in the last seconds that Sunjay J Kapur from Sona Polo struck the goal. 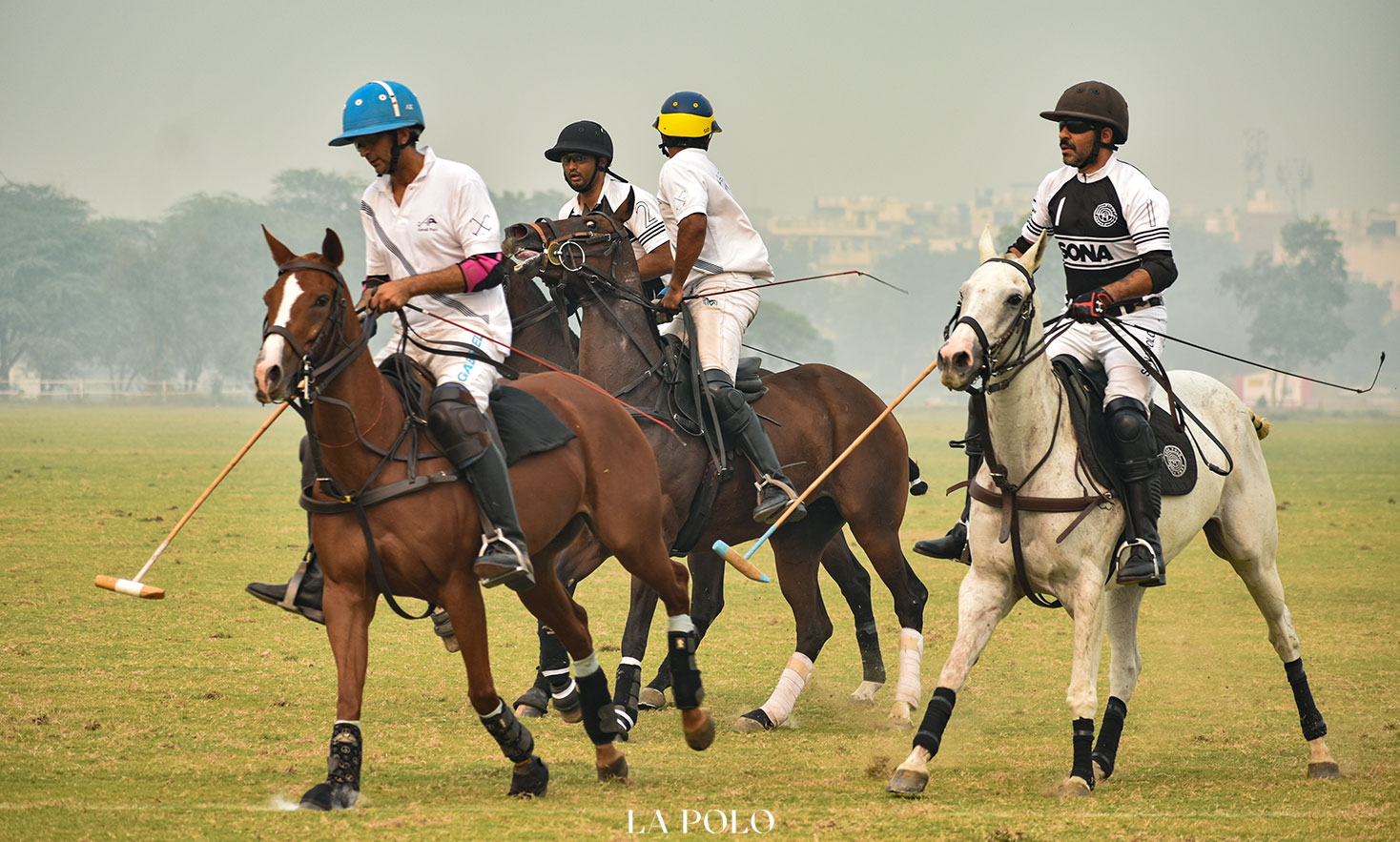 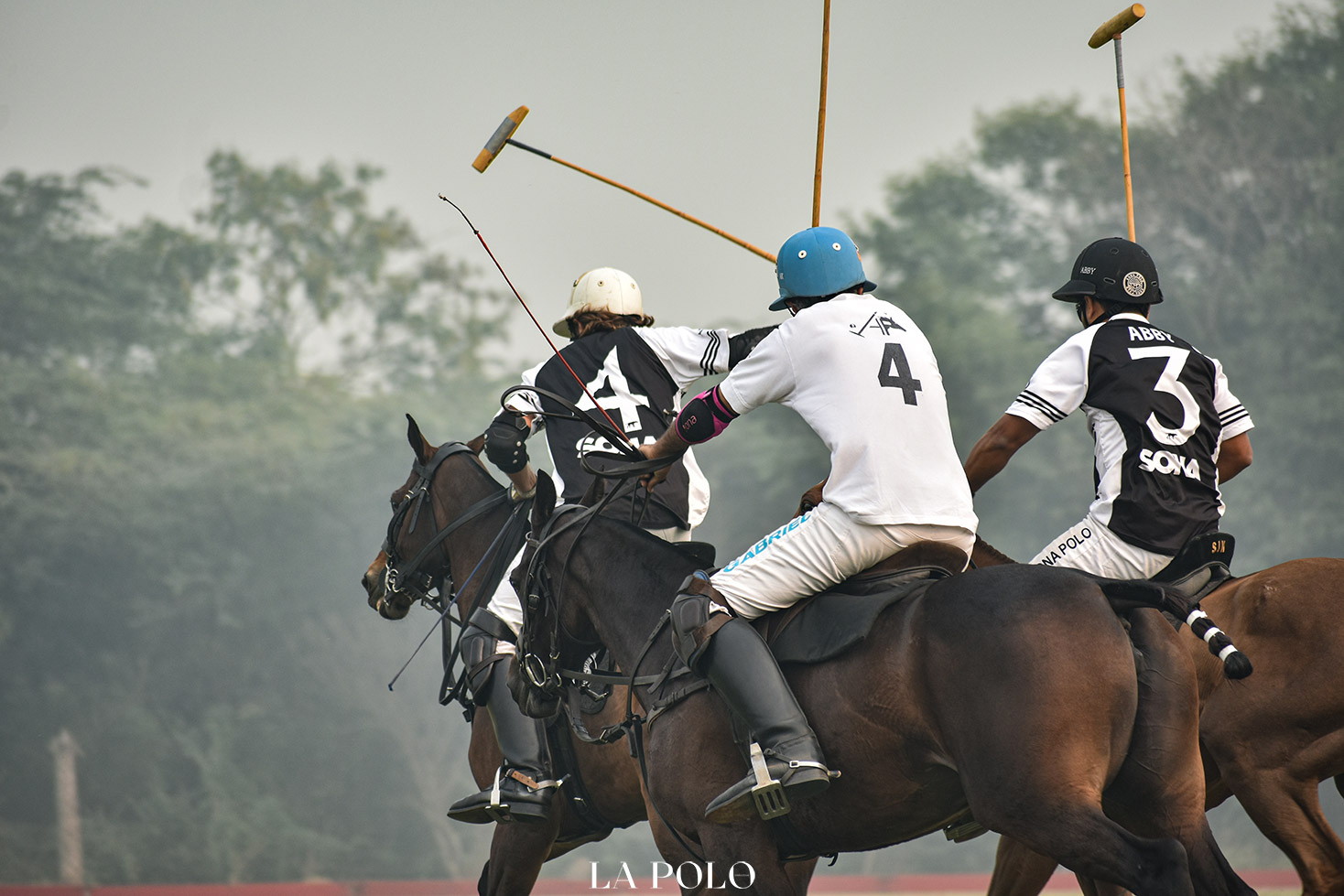 The last chukker of the match was closely tied already keeping in view the output from the last chukker. Both the teams were equally into the game the first goal was bracketed by Angad Kalaan. It was followed by a 60 yard penalty by Siddhant Sharma. It was quickly comprehended by Abhimanyu Pathak, which was answered back by Roddy Williams. The match ended with Gerardo Mazzini on strike with which team Sona Polo seized victory by a difference of just a goal.


The first chukker of the second match of the day started off with defensive moves from both the teams. The match was inaugurated with the first goal where Satinder Garcha took the chance and bracketed the goal. The second goal was bought in power by Pacho who almost solely took the ball towards the goal post. The chukker saw no further action. 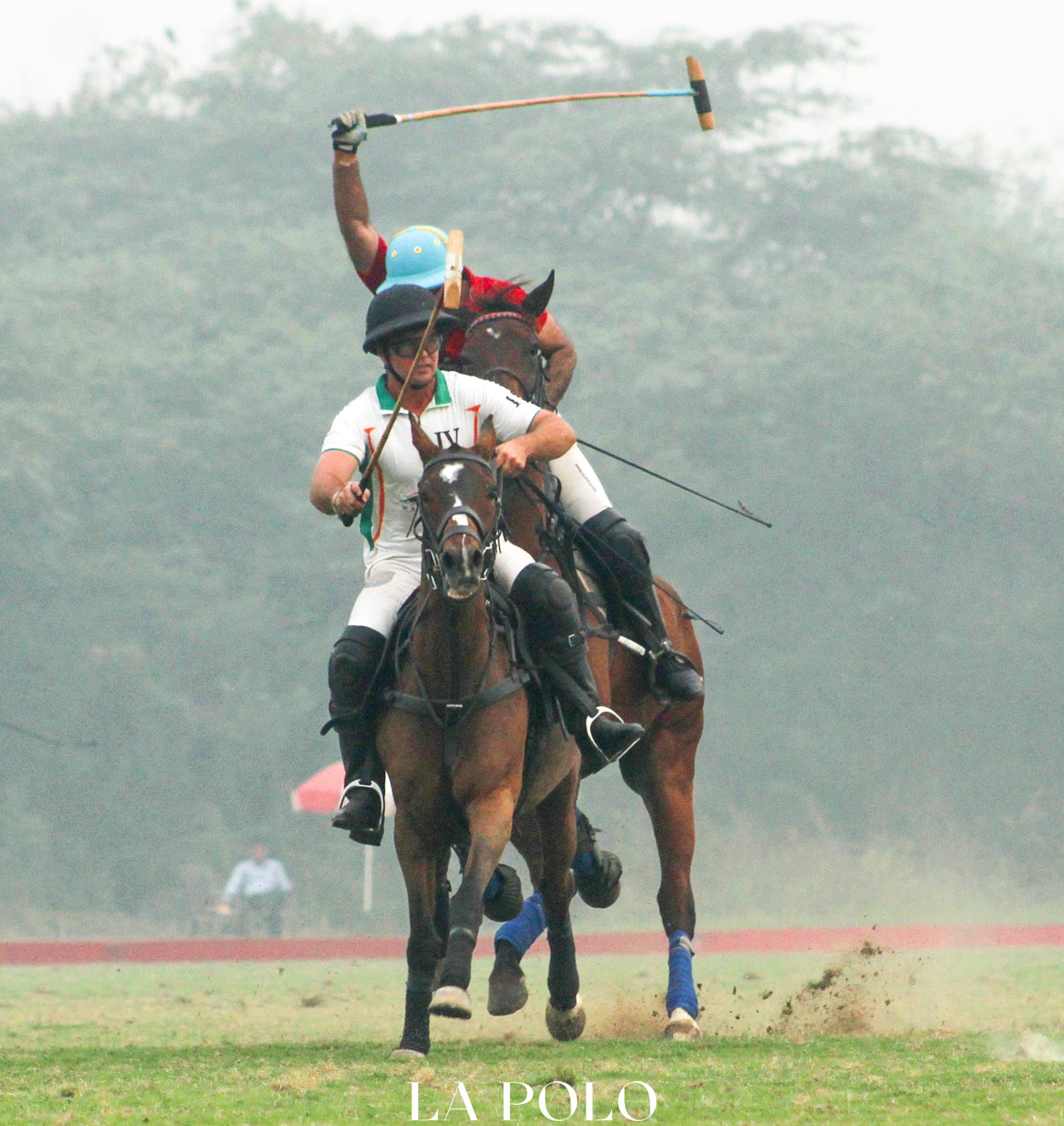 The second chukker of the match started off with Dhruvpal Godara taking the first shot in the form of 40 yard penalty. A similar pattern was adopted by team Sahara Warriors too where Chris Mackenzie took the undefeated shot in favor of his team. This was followed by a speedy shot where Pacho in a long shot hit the ball towards Satinder Garcha where he took the ball solely towards the goal but missed it just at the last point. But with the umpires intervention, the move was declared faulty at which Chris Mackenzie took the shot and bagged the goal for Sahara Warriors. The chukker galloped further where Horse & Wagon got a 60 yard penalty shot which the team bracketed with Dhruvpal Godara on strike. In just the ending second, Satinder Garcha grabbed another goal for his team.

Soon after the second chukker, the match went into halftime thereafter Chris Mackenzie took the firstchance and grabbed the first goal of the chukker. This was swiftly carried by Pacho into a goal. After an extended play, the ball was passed by Buchi Prakash to Dhruvpal Godara, but was defended by Chris Mackenzie with a back hand. It was then once again handled by Horse & Wagon where Salim Azmi passed it to Dhruvpal Godara where he turned it into a goal. 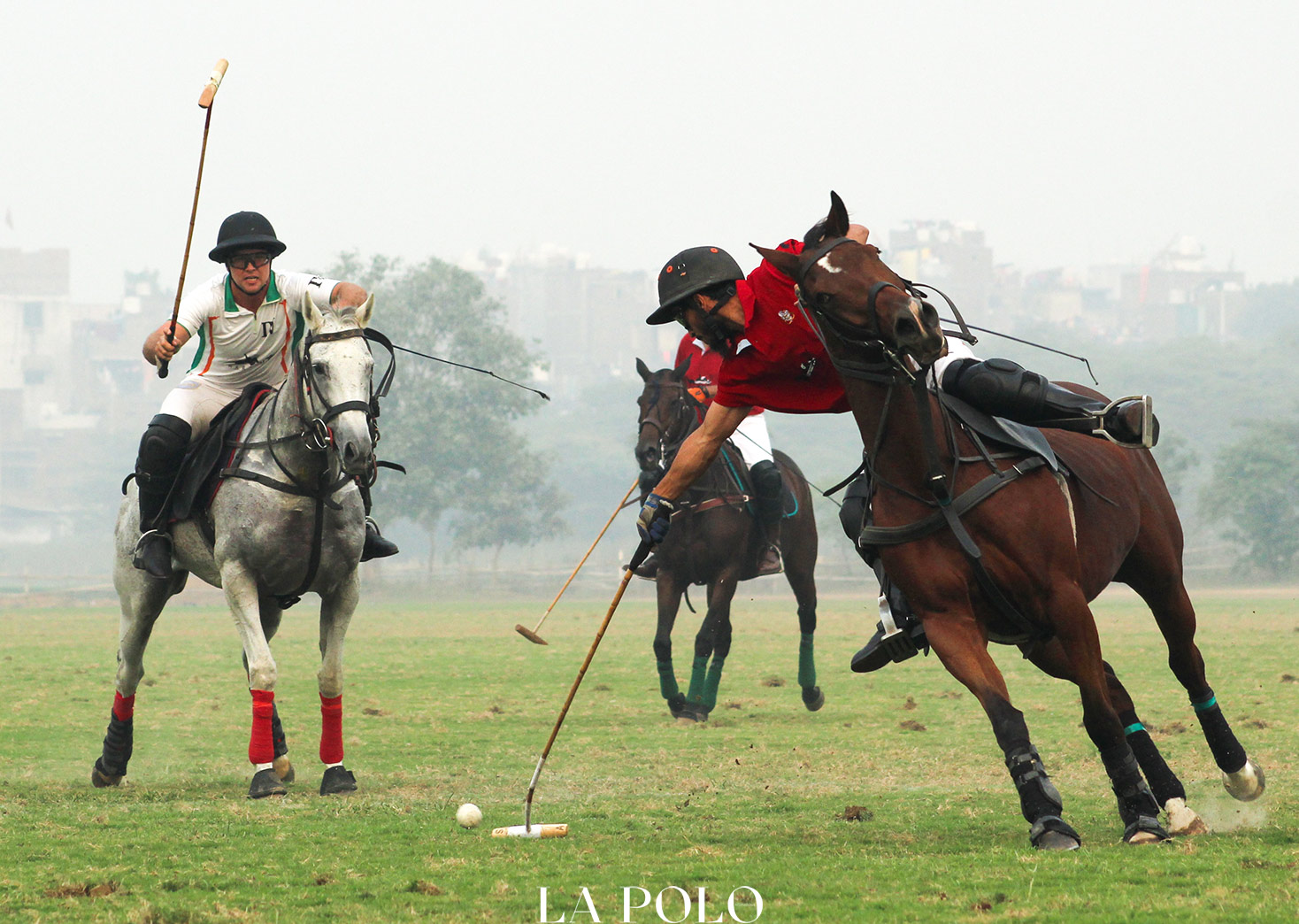 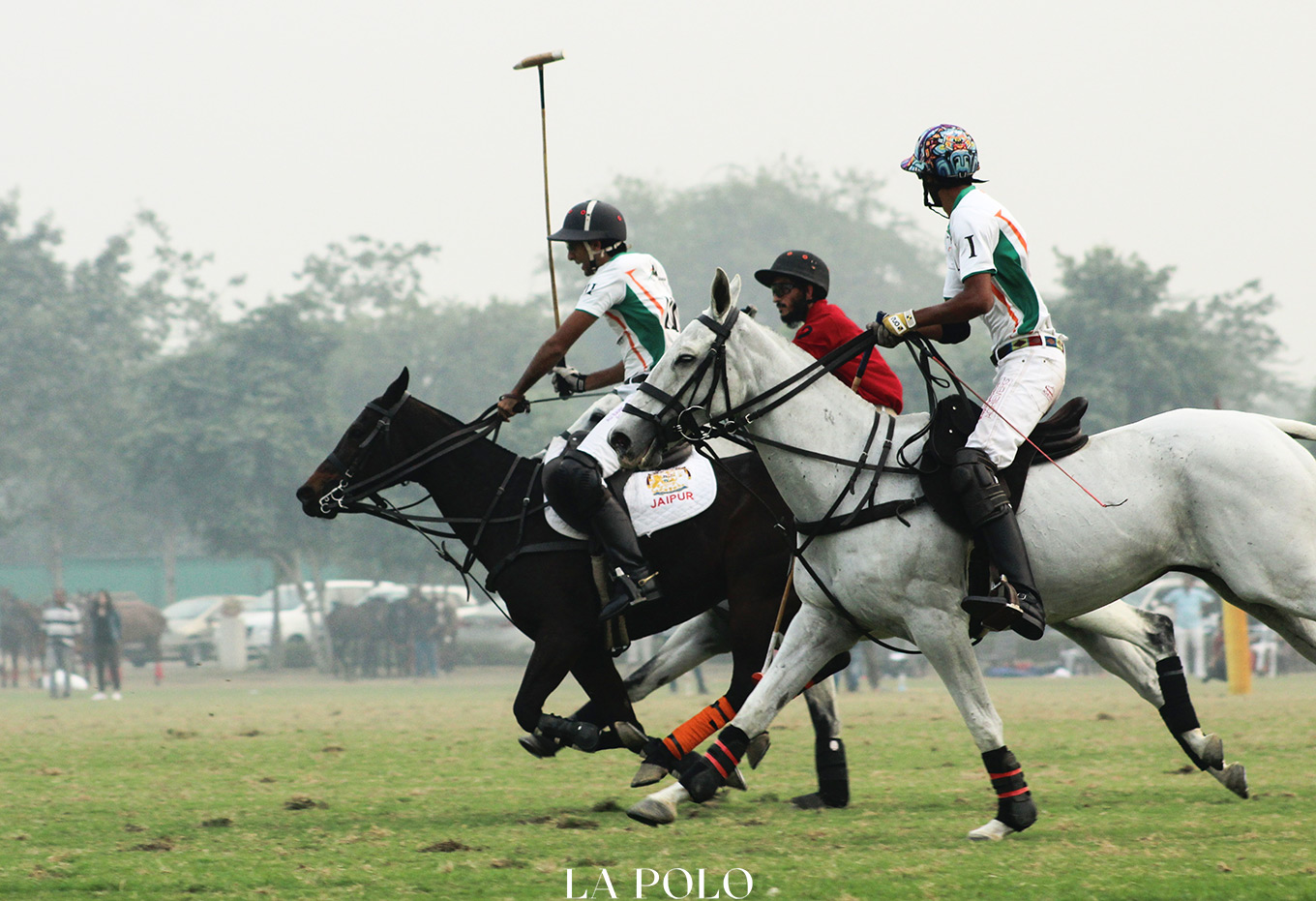 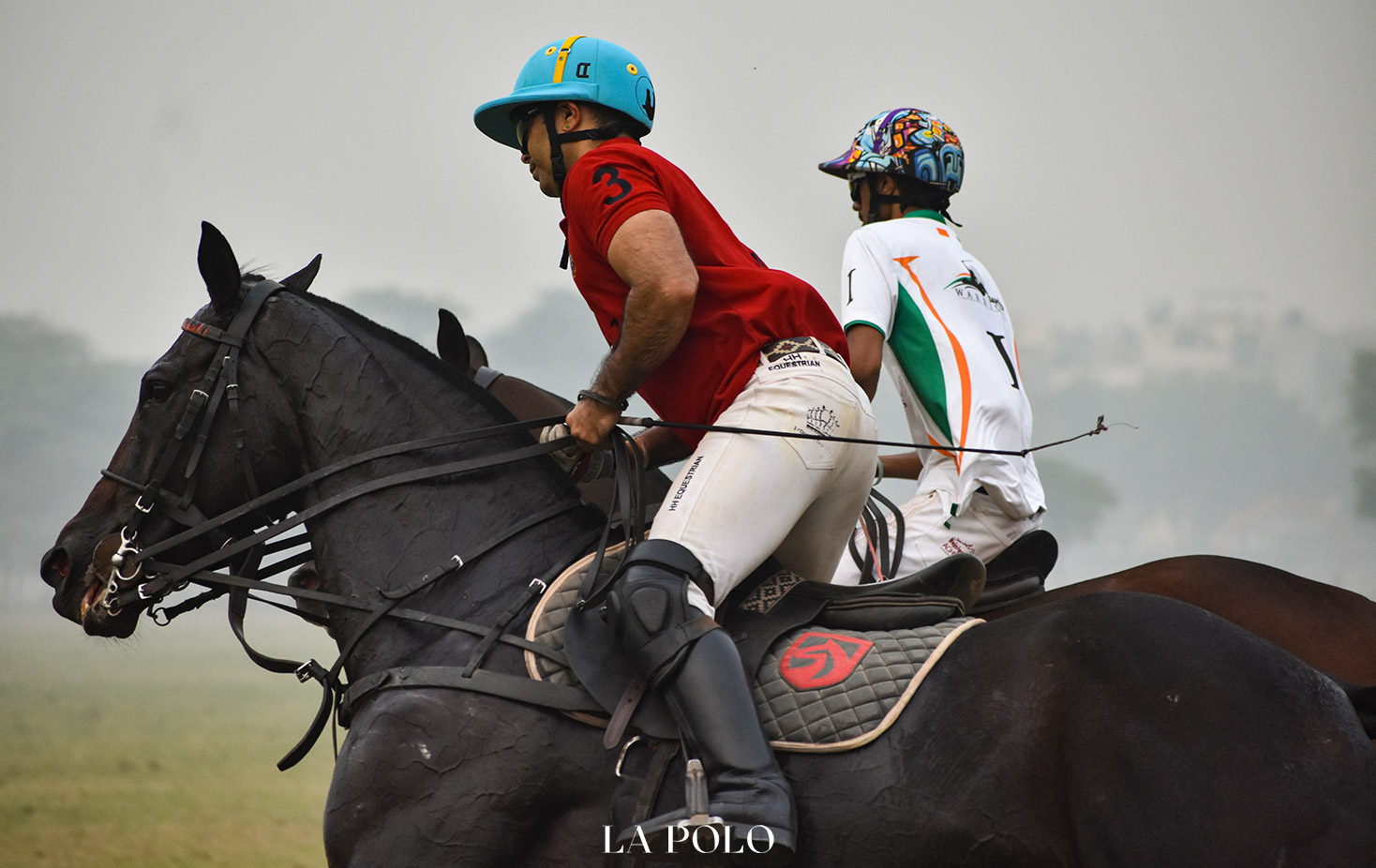 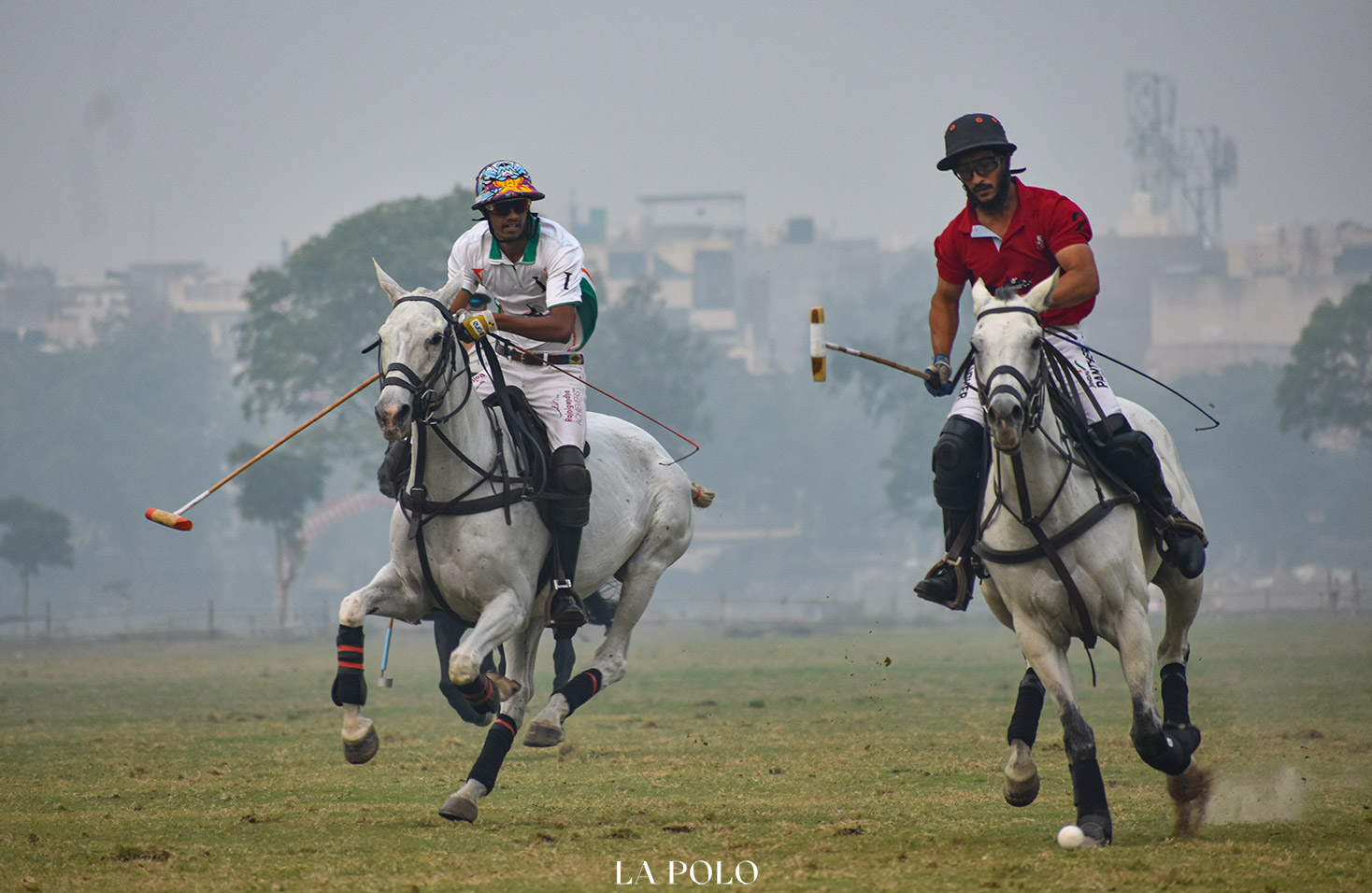