Mario Dino DiSalvo, a polo player from Argentina in conversation with La Polo

A freewheeling talk on Polo, training, and poines.


WHILE some people nurture their love story with polo alone, others prefer to spread it amongst others. Mario Dino DiSalvo opened Saratoga Polo School in 2010 to help others dream of polo. “Back in 2010, after giving a few lessons, I realized my clients were as passionate about polo as I am. I make the lessons fun and enjoyable for everyone regardless of their experience, so I decided to open Saratoga Polo School,” DiSalvo shares with LA POLO.

A member of the Professional Polo Circuit, he started playing polo around the age of 20 while living in Veinticinco de Mayo in Argentina, and moved to other polo hubs around the world. Argentina is a paradise for equestrian sports as we all know it. Despite that, an Argentinian like DiSalvo decided to come to America; so we were curious about this move. He spoke about the uniqueness of Argentine polo and the kind of polo played there. “You have the top players there. Also, the amount of polo that is played. You can play almost every day. And the amount of polo horses. There are so many polo ponies in Argentina that players are able to use and share horses all year. It has the best tournaments, that bring the best players and the best horses from around the world.” So, what got him interested in American polo? “I came to America after a few years in the UK where the winter season is very slow. America has great tournaments and great polo all year round. All the best players come for part of the year and America is the country of opportunities,” he says. 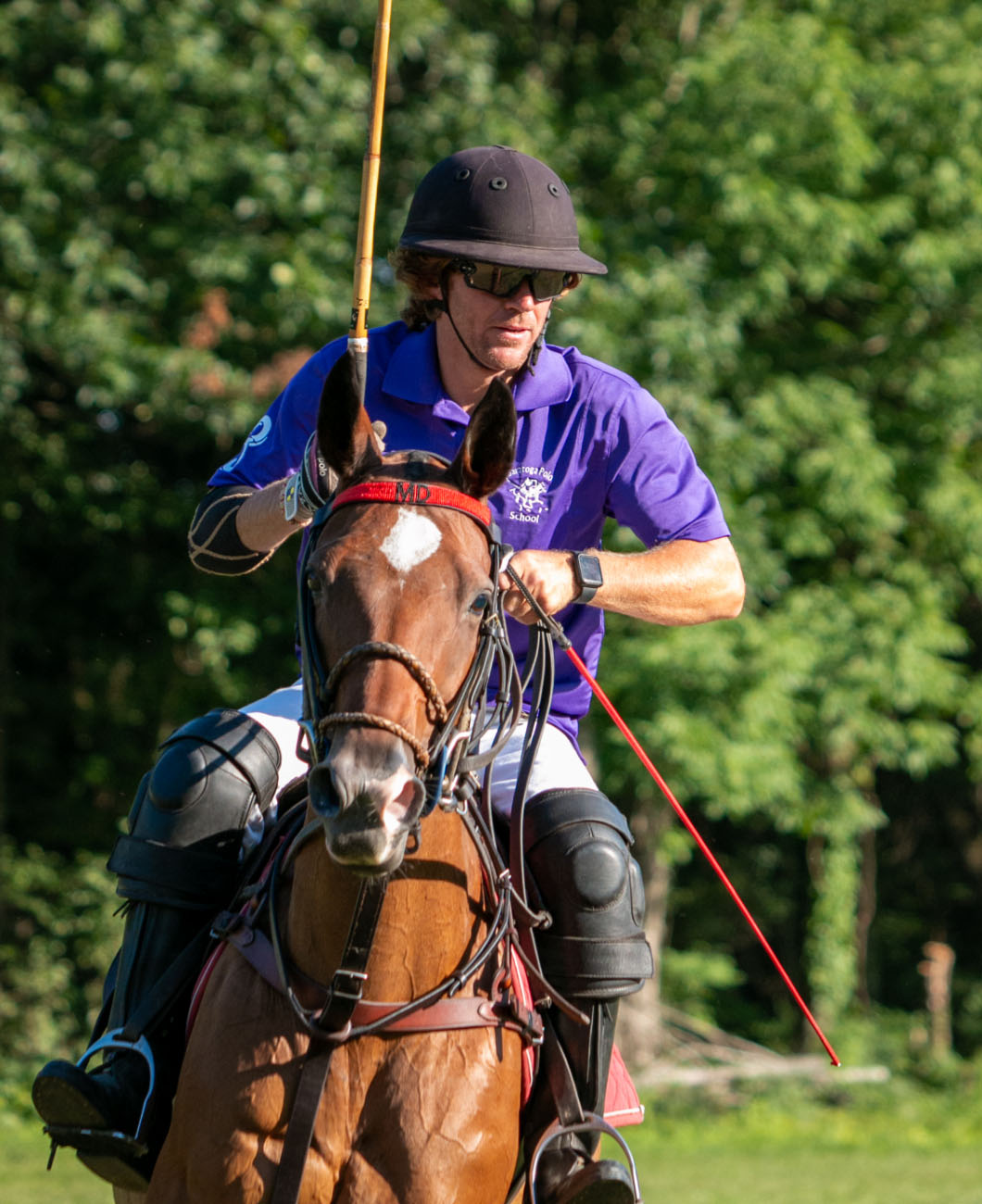 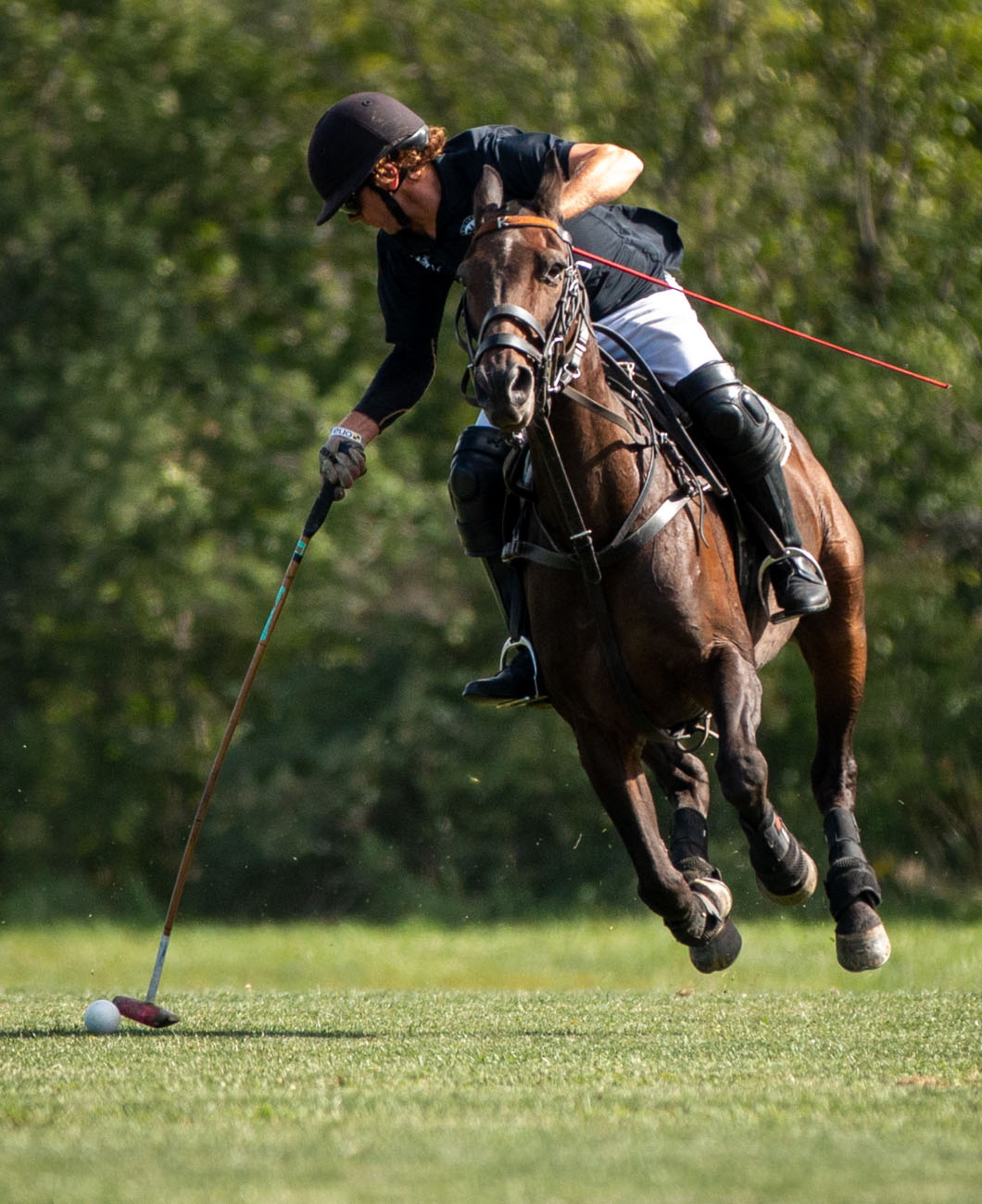 Talking about his experience of preparing the next generation polo players, he says: “It is fun for the most part. The kids and teenagers are amazing once they get the love for Polo and horses. You can challenge them to the best of their ability, and they will raise the game every day. They are always improving and asking how to become a better player.” He imparts polo lessons to various age-groups and thinks: “Every group has different goals that are important to understand. Some of them want to learn and improve but also need the fun part. Others are more competitive, and want to ride and play as much as possible to improve as quickly as possible. Every group is fun to teach and they make the lessons and game enjoyable.” 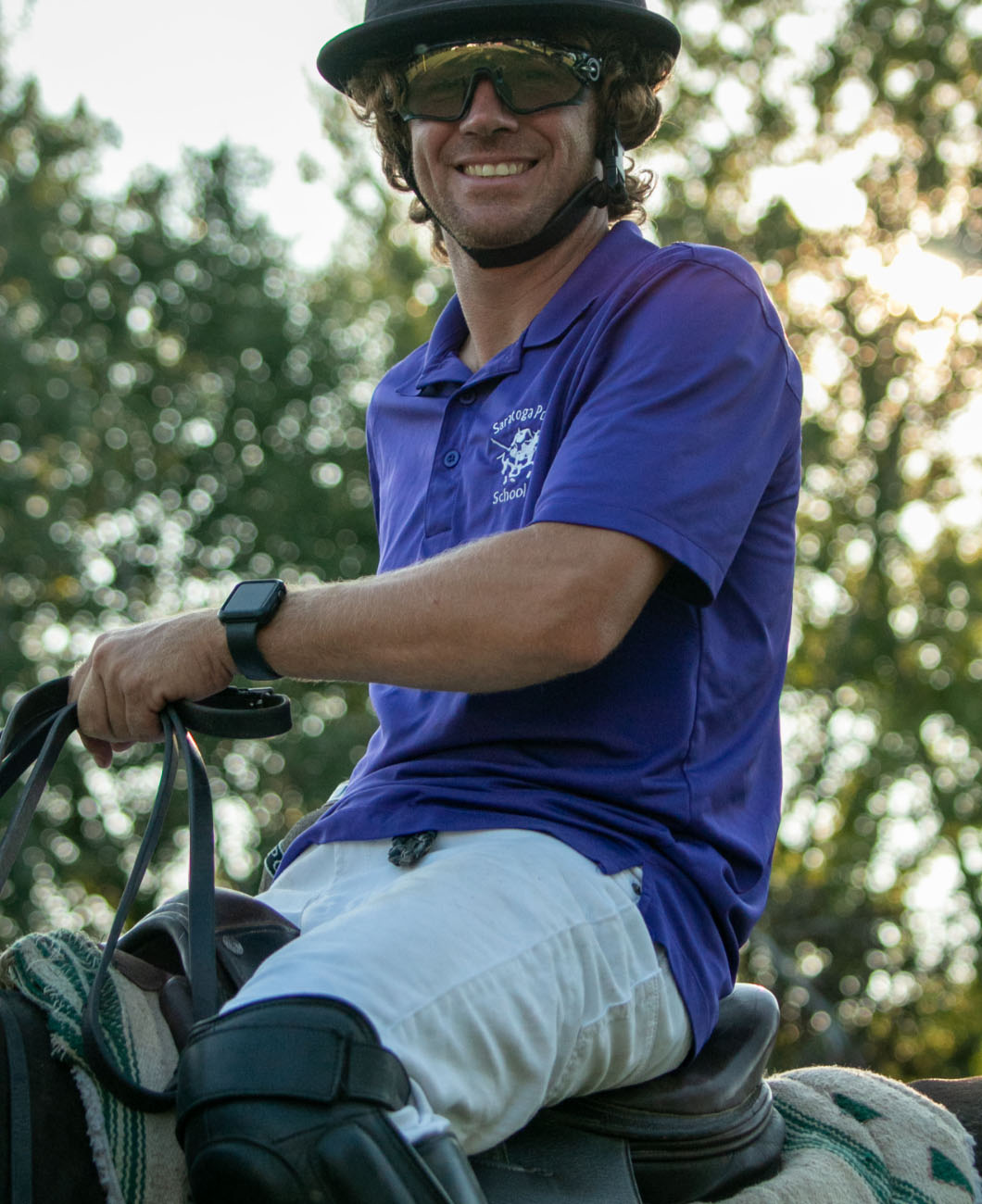 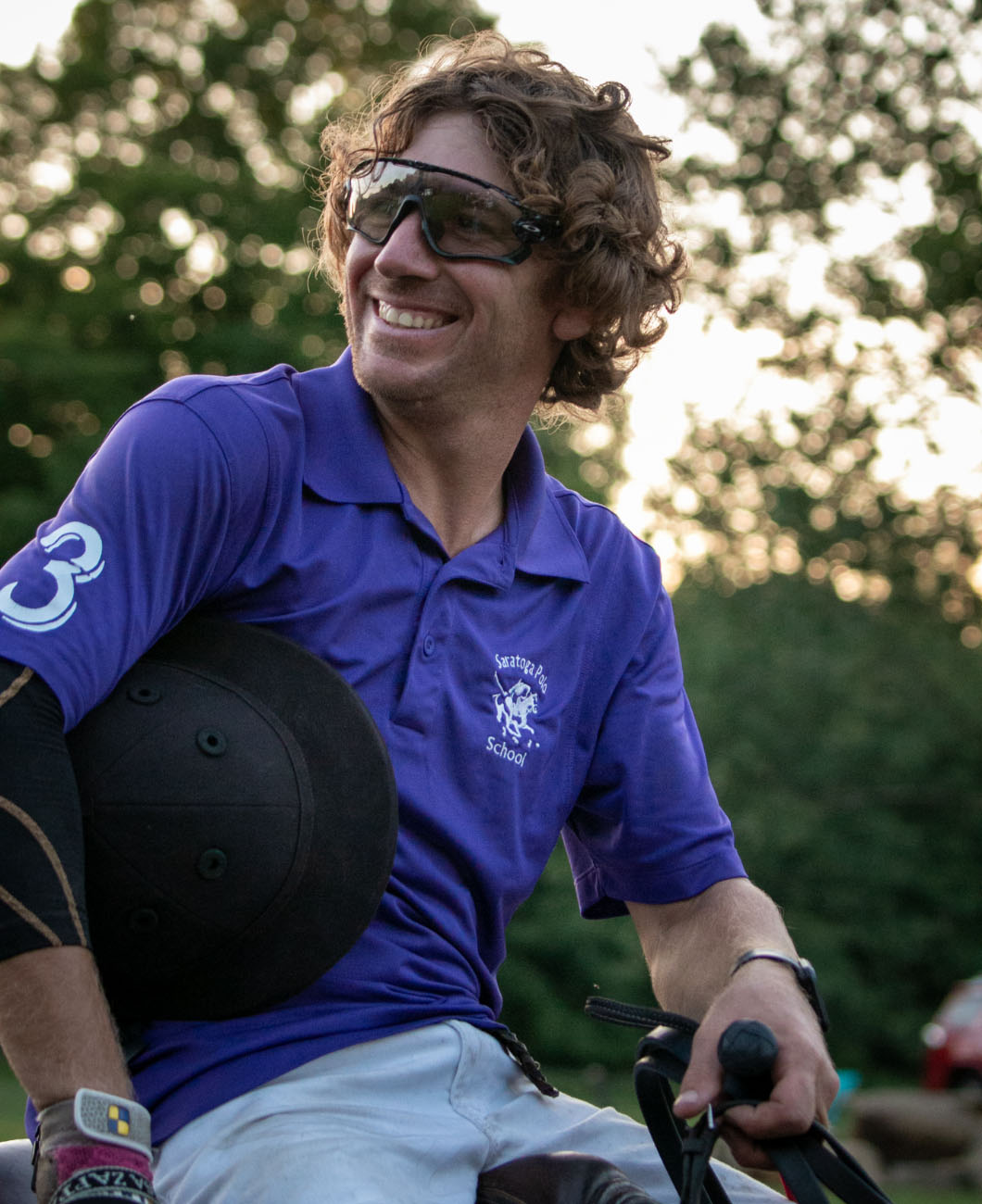 As a professional polo player himself and a USPA Certified Polo Instructor too, few can give insights of the game as well as DiSalvo. We asked him about the exclusive nature of polo and how important it is to own horses for aspiring players. “Polo is a very expensive sport. If you want to become a professional, you need to invest in horses and playing. It is tough to be a professional today. Horses are everything for you in every aspect of the game, but you don’t just buy them and that’s it. You have to be very dedicated and particular about taking care of them, and training them to be at their peak when they need to be, and resting them in between seasons.” That is undoubtedly quite encouraging to those who nurse the passion but are deterred by the thoughts of expense. Saratoga Polo School has polo ponies that are rented to players and students and time and again DiSalvo has professed his love for horses which perhaps grew from his years at his grandparents’ farm. LA POLO asked him if he ever considered exploring alternative training methods for horses, like natural horsemanship, which is catching up moderately. “In school, I have horses that have done the best part of their polo career. They don’t need much training since they play better polo than we play at the school. They do everything really well naturally.” 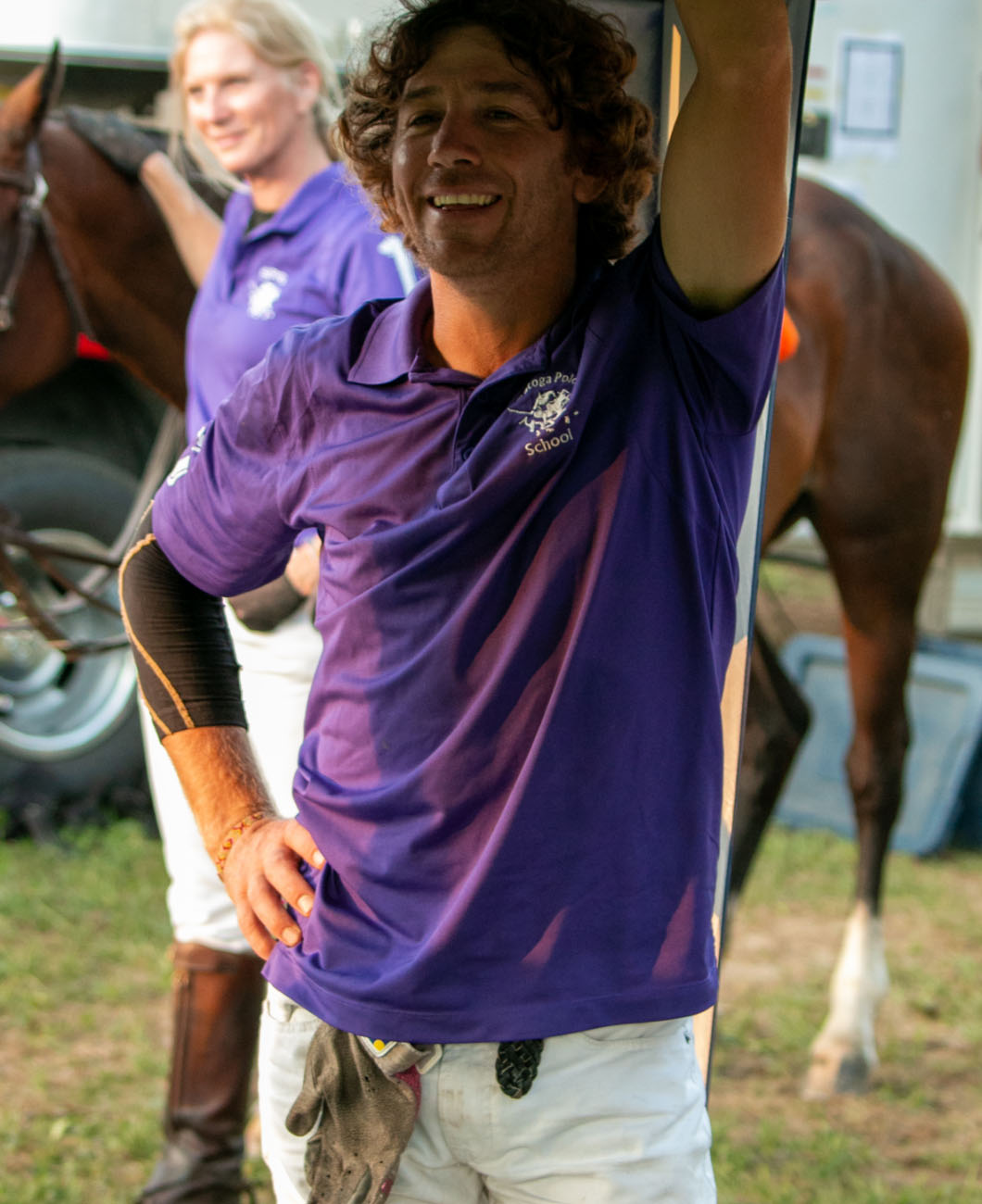 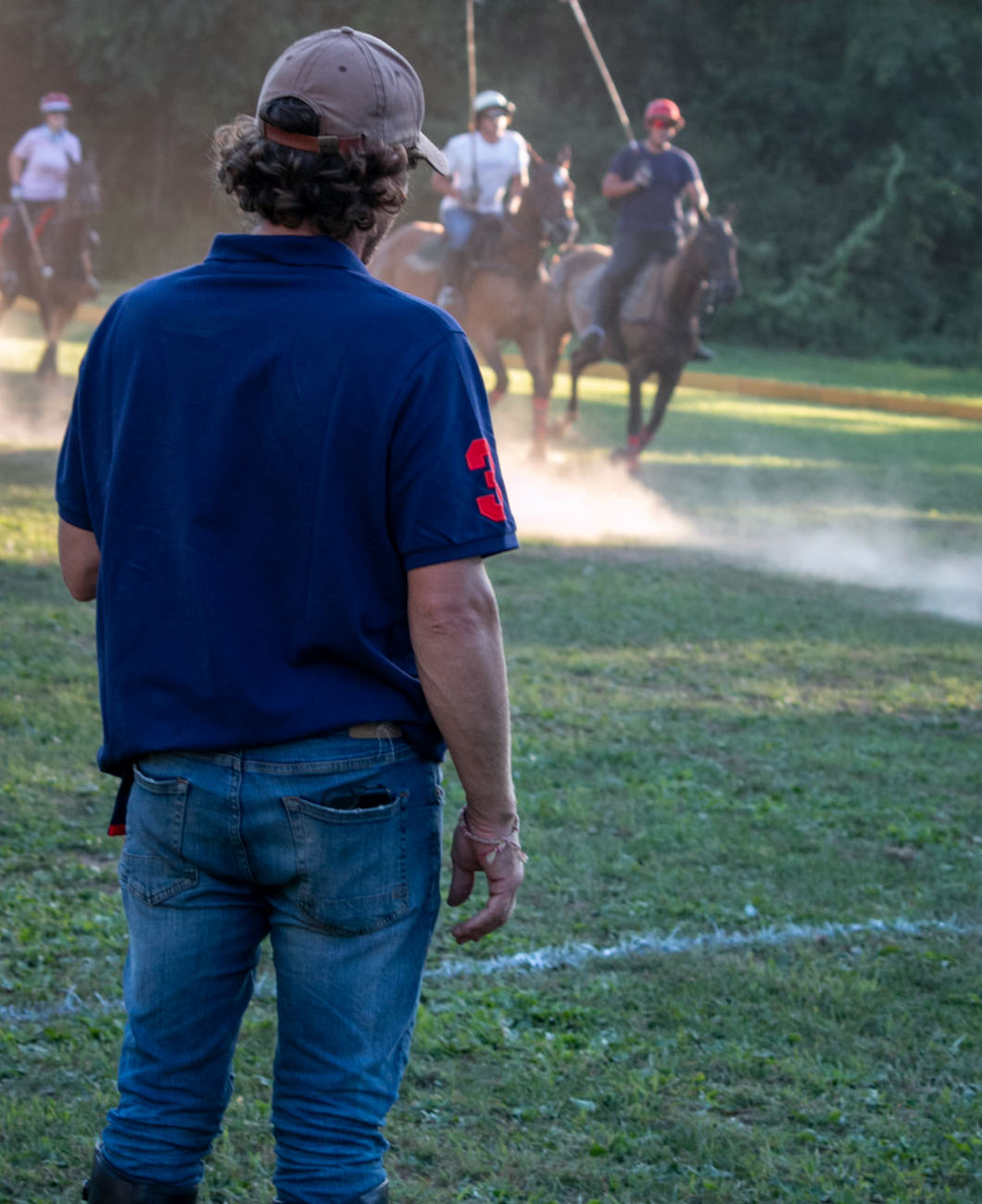 “I always try to follow what I learn from other people and adapt to what works for my horses. If I have the time, I would like to shadow Polito Ulloa,” he says. So how has the polo scene changed since he started the school a decade ago? DiSalvo says: “Polo has not changed much – it is as competitive and fun as always – but I have learned how to share my love for the sport better.” Sharing his best memory in polo – a game in which he has devoted his life in every possible way – DiSalvo says: “Polo has ups and downs, but I love my horses so much that I once took a job working for an ice cream company to be able to feed them during the time off instead of selling them.” He once organized a big tournament in Vermont and every player was riding one or more of his horses. “It was great to see horses that were mine, and no longer mine anymore, all playing together,” he says. It is his love for horses and his passion for the game that has steered him in his journey so far.

The Saratoga Polo Association, in which DiSalvo has been a part, is closing down despite having patrons. Replying to whether that makes him wonder about the prospects and future of the game, he points out: “It is sad that the Saratoga Polo Association was closed this year. For us, it was a luxury. A lot of people miss coming to the games and we miss playing there.” “For Saratoga Polo School, the future is bright. We have many people involved and everyone is raising their game. It is only a matter of time for us to have a great venue and bring good polo games to Saratoga.” On an ending note, DiSalvo shares with LA POLO his message for the new players, “Have fun and don’t swing too hard!” 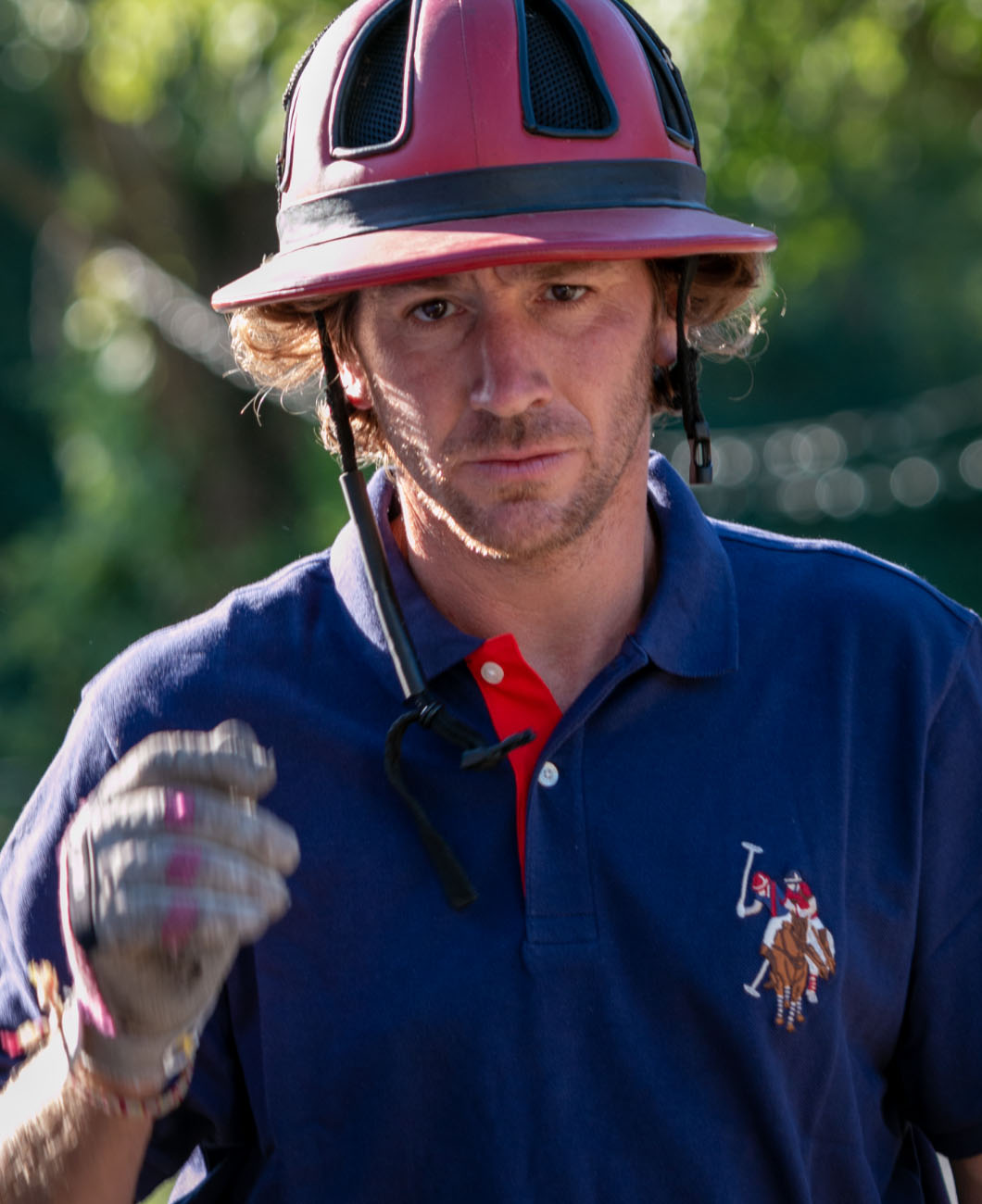