Fantasia spectacle at the annual Moussem festival in Aït M'hamed, Azilal a traditional demonstration of horsemanship during which horsemen in traditional clothing speed along a straight path in one line and fire old muskets in the sky.

The traditional exhibition of horsemanship in the Maghreb has its roots in age-old Moroccan traditions.


Amidst the primary plot in Harry Potter, the centaur that Harry meets in the forbidden forest has caught the attention of its fans. Be it The Chronicles of Narnia or Star Wars, this creature from Greek mythology continued to fascinate the stories, movies and culture at large.

It ceased to be a mythological character belonging to a culture miles away from and took the shape of an idea. The idea of the relationship between a man and a horse.

Every few kilometres one can find a shift in cultural and traditional practices around the globe. Each society swears by the history and traditions it continues to follow even in the 21st century. Even as nuances of each culture continue to make each society unique, emotions remain universal.

Situated on the border of the Mediterranean Sea and the Atlantic Ocean, the North African country of Morocco thrives on its religious and ethnic traditions. The ruins of Volubilis, the spice markets, the remote villages situated in the interiors of the country, instantly transport one to a history rich with kinship, community living and traditional festivities. 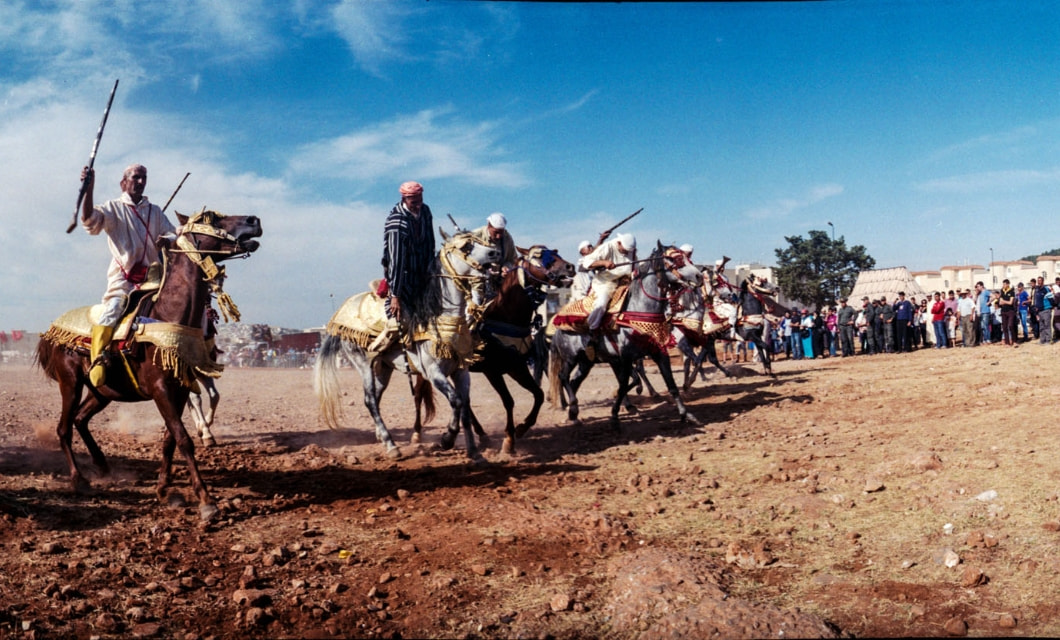 "fantasia horsemen" by peter barwick is licensed under CC BY-NC-ND 2.0


Even as the culture of Morocco has distinct attributes compared to the rest of North-Western Africa, one aspect of their history that binds them in a thread is the Fantasia, popular as a partnership between horse and man, in the Maghreb composed of Algeria, Morocco, Tunisia, Libya, Mali, Niger, and Mauritania. A traditional exhibition of horsemanship, it is performed at cultural festivals and Maghrebi weddings.

The highlight of the festival, called Tbourida in Morocco, popular as Moroccan Fantasia throughout the world has its roots in age-old Moroccan traditions. In Morocco, it is considered a form of art, a primary component of equestrian sports. Its nomination to UNESCO’s heritage list by the country’s Ministry of Culture and Communication is proof of its distinguished position in Moroccan culture and history.

One might wonder what exactly the festival could be about, with horse and man coming together in a region which is famous for its souks, ancient architecture, and the desert. It wouldn’t be unjust to call it a spectacle of horsemanship. An equestrian sport, with riders clad in traditional white, riding a distance of 200 meters in a single file to fire gunshots towards the shining sun with old muskets in synchrony, the locals say that a perfect Fantasia is one where the onlookers hear a single gunshot as the riders fire in unison. 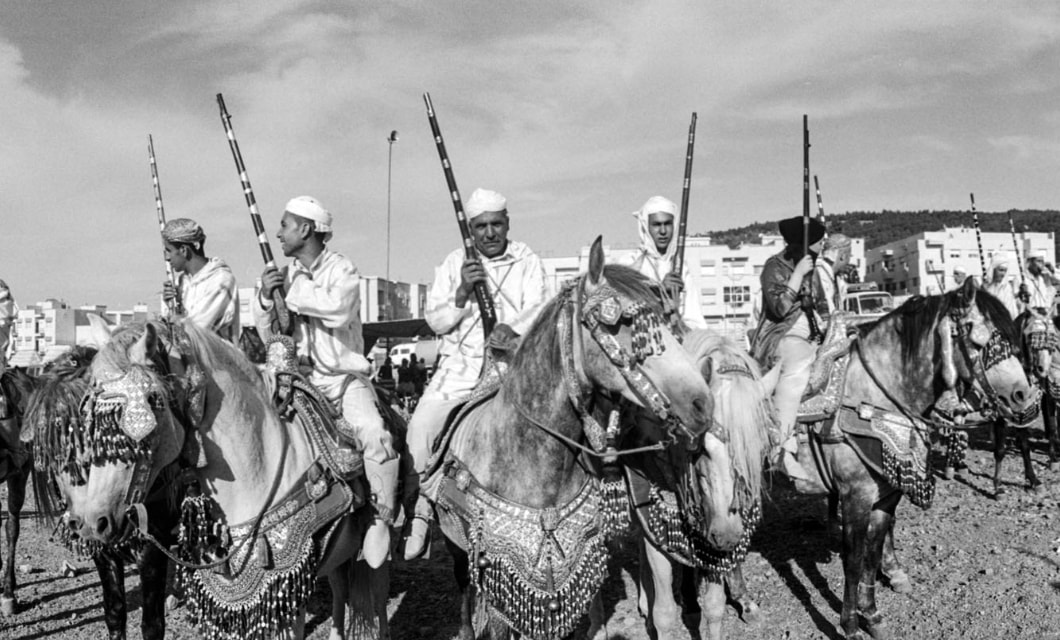 "fantasia horsemen" by peter barwick is licensed under CC BY-NC-ND 2.0

Interestingly, the Moroccan Fantasia isn’t just a cultural performance, but also a form of martial art. Its roots go back to the golden age of Islam when cavalry maneuvers of a similar kind would be performed by the armies of kings in order to intimidate enemies. At the same time, it was also used in cavalry raiding and celebrations. The spirit with which Moroccan villages come together to compete against each other, with the maximum points awarded to the team that exhibits the best sync along with a cash prize, speaks volumes of a certain attachment that Moroccans have with their traditions.

While the festival is an age-old tradition, with time it has gained a place in the social fabric of the country with Moroccan troupes’ annual tournament for the Hassan II National Trophy during the Week of the Horse at the Royal Moroccan Equestrian Federation in the capital. At the same time tourists visiting Morocco get greatly fascinated with the colours and magnificence of the festival, as they witness the horses gallop from a distance close enough to even touch them, transporting them to as old an era as the eighth century. Tourists find the festivities in the remote foothills of the High Atlas Mountains far away from the hustle and bustle of the city life of Marakesh enchanting, as they talk fondly of the pride they see in the eyes of the riders.

Today, as modernity has crept into the lives of Moroccans, women have begun to join the charging teams at the Tbourida, executing perfectly synchronised charges into the air. Practised by both the Arab and the Berber communities, it has become a means for bringing communities and villages together.